Chelsea are used to making costly mistakes, but this one is the most expensive of the lot. Their desperate pursuit to re-sign former striker Romelu Lukaku could cost the club north of £100m this summer, which would make him one of the most expensive players of all time, behind the likes of Neymar, Kylian Mbappe and Coutinho. Quite the fee for Roman Abramovich to fork out for a player who was an obviously talented youngster on his books just seven years ago.

This is Jose Mourinho’s most costly error. Not personally of course, he couldn’t care less about his former club’s finances, but the Blues are paying the price for letting the then 21-year-old leave for Everton in 2014. Mourinho, as always, wanted short-term success at all costs. Lukaku was a mere sideshow as Didier Drogba and Diego Costa fired them to the Premier League title, but this clear short-sightedness has come back to haunt them.

We all know that they sold now-Premier League superstars Kevin De Bruyne and Mo Salah, but this isn’t the first time Chelsea have tried to bring the Belgian striker back to Stamford Bridge either. After a successful spell at Everton, Antonio Conte was desperate for a world-class striker to join the Premier League champions following the unceremonious departure of Costa. Lukaku was top of his wishlist but he was forced to settle for Alvaro Morata, who did not deliver in front of goal as the club fell out of the top four.

Meanwhile, Mourinho saw the error of his ways. Once he was at the helm at Manchester United and Lukaku was near his peak, having hit 25 Premier League goals for Everton, the Portuguese boss decided he would actually like to recognise his existence. United forked out £75m to bring him to the club, and while he scored 27 goals in his first season at Old Trafford, his form dipped in 2018-19 as Mourinho’s tenure came to an inevitable early end.

Conte then finally managed to get hold of his man after taking charge of Inter Milan. It would cost the Italian giants £67m, which puts Lukaku up with Neymar as the most expensive player ever in terms of collective transfers.

Now, after a successful spell in Italy which saw Inter wrestle the Serie A title from Juventus, Lukaku is on the verge of joining the European champions. And although Chelsea’s short-term focus may cost them dear financially, it has paid dividends on the pitch. Their managerial decision to get rid of Frank Lampard won them the Champions League last term, and Abramovich wants instant success above all else. 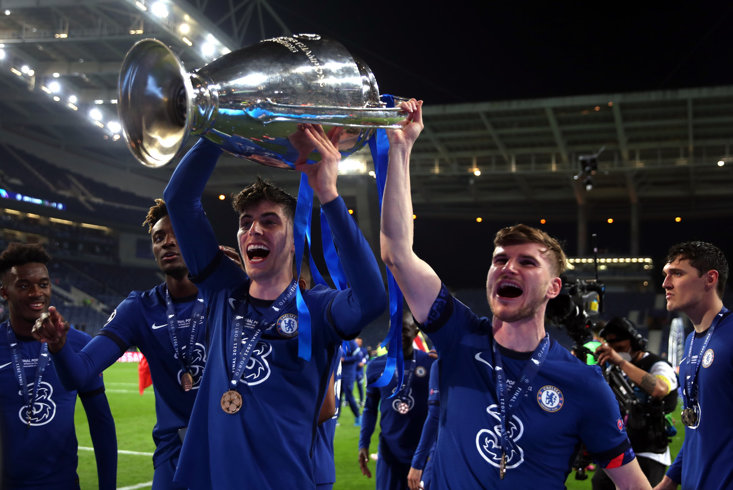 If they have to spend over £100m on Lukaku, a better long-term investment in that price bracket would be Borussia Dortmund’s Erling Haaland. At 21, he is already one of the top strikers in Europe but lacks the experience in England that Lukaku has. A 113-goal Premier League haul to date means the Belgian is likely to contend for the Golden Boot next season, whereas Haaland may have taken a season or so to get used to the division.

Abramovich doesn’t want to wait that long. He wants to win the Premier League next season and retain the Champions League, and to him it doesn’t matter how much it costs. Chelsea’s heavily-criticised academy policy sees them stock up some of the best talent in Europe, and only under Lampard did the likes of Reece James and Mason Mount progress to the first team, but a young player’s progression is a secondary concern for Chelsea. If they have to spend over £100m on Lukaku, so be it.

It might be the club’s and Jose Mourinho’s most expensive mistake to date, with the two combining to lay out £175m in total to work with Lukaku once again, but Chelsea have won trophies in his absence and now his homecoming will see them be contenders for the big prizes this season. Who cares what it costs?