Cricket
Features
This year's schedule has meant some of England's finest have missed the business end of The Hundred
Ryan Sidebottom
08:32, 18 Aug 2021

This year’s The Hundred reaches its conclusion this weekend, so now feels like a good time to reflect on the inaugural edition of the new competition. It has been a rollercoaster ride, but let's start with what needs improving.

There is always going to be bits missing in the first edition, like everything. It is very new. It's a learning curve for everyone. I want all formats cleared up next year in terms of scheduling. Where is Test cricket? Where is the consistency for T20 cricket? Are you going to have six weeks and then move on to The Hundred and have another six weeks? The schedule needs looking at. Make sure it is penned in, and it is not just here, there and everywhere. You want it where you have got your best players playing and hopefully that will come around next time.

You just want to see a balance in the schedule to allow your great players to come over and play a full tournament and not dip in and out. For it to truly work, you want your Test stars or your world stars to regularly play in this tournament consistently. If they dip in and out it almost makes a shambles of it and means you don't get a fair tournament.

Next year, we may well see more international stars come over to take part given Covid-19 restrictions are being lifted, so that will add another dimension to the competition and hopefully create even more interest.

Another thing is that the wickets are going to have to be a little bit better. Some have been slow and low, not ideal to play a new franchise tournament on. Next year, that is one thing that is going to have to be made better. When you've got the drop in pitches and the glue pitches, that certainly makes for interesting cricket. A lot of players have said with the glue pitches, the cracks have been different, the bounce has been different and you are going to see different scores. The wickets have got to shape up and be much better next year. 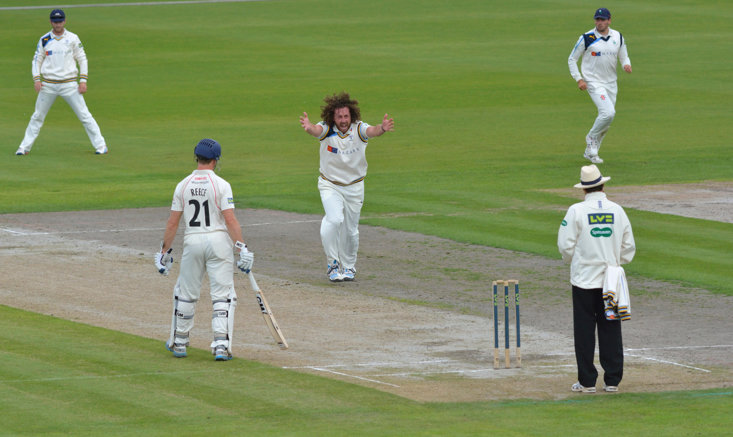 I played some tough wickets in my time

But there have been a whole load of positives. The unpredictability of the batting totals. Bowlers have been in contention, you've got a lot of genuine wicket takers, bowlers can showcase their skills and take wickets. With the powerplay, no-one quite knows what a good score is. In terms of what a par score is going to be, everyone said the 150 mark is a competitive total, but I think over time, once the tournament is out of its fledgling stages, it could go see way bigger scores.

With five ball overs, your best bowlers can bowl the ten ball over, the batsmen have got to go hard from ball one. You have no time to settle and play yourself in like you do in T20, that gives the bowling side more opportunity to take wickets early on as sides have to attack. As it happens the first year has been fantastic.

I was probably a little bit of the same critic ahead of the tournament being an old school cricketer, a little bit of a traditionalist. Always going into the unknown, T20 is really good, where is Test and country cricket going to lie? In terms of that, you want to promote the game and get the younger generation wanting to play cricket at all levels and Test cricket and the shorter formats. Everybody has been talking about it, it has been great because the people that may have dislliked it and not wanted it to go ahead have been talking about it. The sponsors, the shirts, and the women's game has got so much interest. It has been great for cricket.