Football
Features
The Dutch return to a major tournament for the first time in seven years
Peter McVitie
10:58, 08 Jun 2021

"We are ready,” Frank de Boer declared after his Netherlands team beat Georgia 3-0 in their last friendly before Euro 2020. Few Oranje fans will share De Boer’s confidence as they prepare to take on Ukraine, Austria and North Macedonia in Group C, but at least the darkest days are behind them.

The Dutch head into the competition looking to prove that they belong back on the big stage after almost seven years of despair and humiliation.

The Netherlands immediately plummeted to a new low following their third-place finish at the 2014 World Cup and ended up missing two international tournaments in a row. Five coaches have stepped into the role since Louis van Gaal left after that run in Brazil and a new generation of players occupy the leading roles, but they remain far behind the top contenders for the big prizes.

Gone are Guus Hiddink, Danny Blind and Dick Advocaat, purveyors of a playing style that lacked tactical depth and attacking intent and merely pretended to abide by the Dutch tradition of attacking and entertaining football. They brought together the quality of Arjen Robben, Wesley Sneijder, Robin van Persie, Georginio Wijnaldum and Memphis Depay and made them look like a group of amateur strangers unworthy of a place at Euro 2016 and the 2018 World Cup.

Ronald Koeman was able to restore some stability and reason for optimism before leaving for Barcelona. Structure returned to the defence and there was, finally, a plan to build attacks instead of possession for the sake of possession. Crucially, the midfield was no longer merely a mirage for opponents to walk through and was once again able to protect the back line and combine with the attack.

Gone, too, are heroes like Robben, Sneijder, Van Persie and Dirk Kuyt, no longer capable of carrying the national team to mind-blowing results like a 5-1 win against Spain. Depay is now the decisive star he looked capable of becoming during his PSV days. The key source of goals and assists, he has matured and become more considerate on the ball as he brings others into play and is sharp either as a winger or a centre-forward. He, Wijnaldum and Virgil van Dijk emerged as the new leaders while Matthijs de Ligt and Frenkie de Jong blossomed into key players. 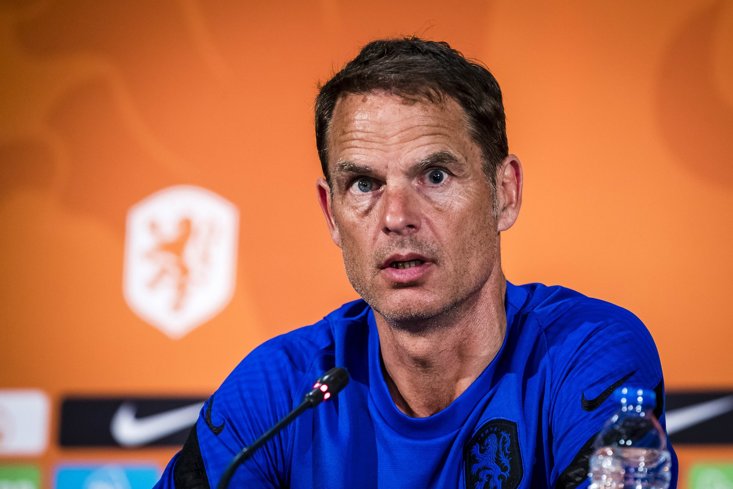 Belief that they were back on track returned, but it has taken a battering since De Boer was appointed. They have not reverted to the woeful performances of the failed qualifying campaigns, but De Boer has been unable to build on Koeman’s work.

The coach has flirted with both the traditional 4-3-3 and the more flexible 3-5-2/5-3-2 that Van Gaal and Koeman adopted when they needed to cover for the weaknesses in the squad. He has not found the right balance with either formation, however.

With De Ligt and Stefan de Vrij in defence, De Jong and Wijnaldum in midfield and Depay up front, they have a strong spine, but De Boer is yet to complete the puzzle. AZ star Owen Wijndal has had little time to adapt to the left wing-back role in De Boer’s new system and looks out of place, while Maarten de Roon is not the right option to complete the midfield as he does not offer enough protection to the back line or help build attacks. Dutch fans were relieved to see striker Wout Weghorst get a chance ahead of Luuk de Jong after his incredible season at Wolfsburg, but he did not look great despite getting his first international goal against Georgia.

Luckily, there are other options available for De Boer. Patrick van Aanholt can push up higher and quicker on the left side when the Netherlands are on the ball while there is adequate cover at the back. Meanwhile, Ryan Gravenberch and Teun Koopmeiners would offer more in midfield if De Boer is brave enough to give them a try. If they need more pace up front alongside Depay, they can always call on Donyell Malen, while PSV team-mate Cody Gakpo and Feyenoord star Steven Berghuis are available if he decides to change shape completely.

There are still too many uncertain positions so close to the tournament, but De Boer is convinced after the friendlies against Scotland and Georgia.

“That confidence comes from the fact that we have performed our tasks well,” De Boer said to NOS. “I have seen beautiful combinations and I see that we are taking steps.”

They may have taken steps forward, but it is great leaps they need if they are to be feared by big teams at major tournaments again.