Football
Features
The midfielders have come good once Mourinho has left the building
Simon Lillicrap
12:05, 24 Aug 2021

Dele Alli’s smile is back. His early penalty gave Spurs all three points at Molinuex and it finally appears as if that the grey cloud that lingered under Jose Mourinho has lifted from his shoulders. The talented Englishman was eventually frozen out under the Portuguese boss which was a strange turn of events given their relationship had flourished in the opening months of their career.

Eight goal involvements in his first eight matches under his former boss seemed to show that the inconsistent attacking midfielder had finally found his the manager to keep him on the straight and narrow, but instead of flourishing from that point, Alli wavered. His lack of consistency frustrated his boss and he was eventually left out in the cold, until Mourinho’s time at Tottenham was up.

In the Amazon documentary, All or Nothing, there is a particularly poignant scene as Alli is called into Mourinho’s office for a serious talk. In fairness to the famous boss, he was spot on, claiming the player lacked consistency since his meteoric rise from League One to the England squad and things unfortunately for the pair, deteriorated from there.

However, Alli regained confidence under Ryan Mason and now Nuno Espirito Santo looks to be managing the midfielder well, even with the drama surrounding Harry Kane and his transfer speculation. Alli and Kane shared a fruitful relationship for several years in north London and although he would love to link up with him again, he seems to be flourishing behind the more fluid front three made up of Lucas Moura, Heung-min Son and Steven Bergwijn.

It’s early days, but if Nuno gets the best out of Alli, he is well on the way to succeeding as Spurs boss and it seems that he is not the only Premier League star who is flourishing after being victimised by Mourinho. At Manchester United, we are seeing the resurgence of two stars who were written off by the Portuguese boss, and in the case of Luke Shaw, completely exposed in the press. 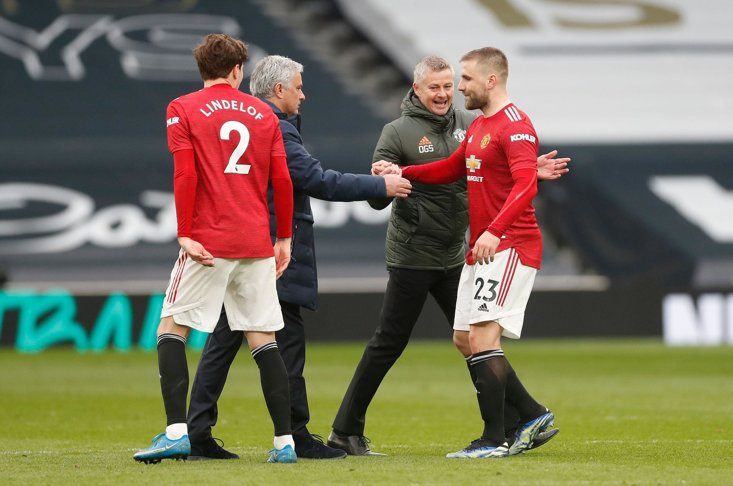 Now, Shaw has established himself as one of the finest left-backs in world football, forcing his way back into the England side and even scoring in the Euro 2020 final. He’s come a long way since Mourinho humiliated him in 2016.

"He [Shaw] was in front of me and I was making every decision for him. He has to change his football brain. We need his fantastic physical and technical qualities, but he cannot continue to play with my brain."

Another man who has flourished this season having put the miserable days of Mourinho behind him is Paul Pogba. No player has ever recorded five assists in the opening two games of a Premier League season before until the Frenchman notched four against Leeds, and one against Southampton. Ole Gunnar Solskjaer has injected belief and faith back into his star midfielder and now he is playing at a level we haven’t seen before in a red shirt.

Solskjaer, for all his critics, has got almost every Manchester United player performing at a higher level than they did under Mourinho. That is top man-management and coaching, and the Norweigian deserves huge credit for this, despite the money he has spent.

Although Mourinho provided some of the most iconic Premier League moments, it now appears that his time is done in England. At his last two jobs he has not only failed to win the major trophies, but has actually hampered the progress of promising young players at the club. Alli, Pogba and Shaw are proof that life after Mourinho is brighter than life under him.