Even for a sport where ‘trash talk’ rules, British heavyweight boxer Dereck Chisora has gained a reputation for coming out with some outlandish barbs over the years.

Ahead of his fight with Merseyside lad David Price at the O2 Arena this weekend, ‘Del Boy’ stunned those present at Thursday’s press conference by playing a recording of lambs being slaughtered in an ominous, though not very subtle, message to his opponent.

That is just the latest in a string of memorable lines from Chisora, allowing The Sportsman to look back at some of the 35-year-old’s more crazy quotes.

Back in 2012, Chisora reportedly threatened to shoot Haye and accused his fellow Brit of glassing him after the pair became embroiled in a violent altercation in Germany following Chisora’s WBC defeat to Vitali Klitschko. Chisora was arrested before being  released without charge but called out the Hayemaker, bellowing at his opponent’s manager:

"If David don't fight me, I am going to physically burn him."

They did eventually fight in July that year at Upton Park in east London for the vacant WBA and WBO heavyweight titles, with Chisora losing to Haye by TKO.

In 2018, Chisora announced that Haye would be his new manager. Weird world, isn’t it? 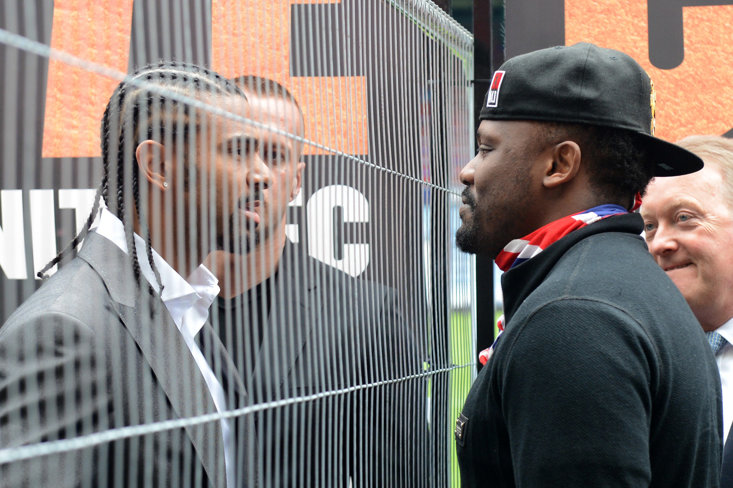 At the back end of 2018, Chisora and Whyte, two years on from their sizzling heavyweight bout in Manchester, the pair were at it again ahead of highly-anticipated rematch at the O2 Arena. The pre-fight talk was just as exceptional as you would expect.

“Have you ever taken those laxative pills?” Chisora began, much to White’s bemusement. “You know the ones you take, you wait for 20 minutes, and then you go to the toilet, they go through you...

“I’m going to go through this man.”

Whyte’s facial expression was the stuff memes were made for, so flabbergasted was he by Chisora’s poorly-delivered attempted zinger.

“That’s a bit of a weird analogy,” was Whyte’s eventual response, and, let’s face it, he wasn’t wrong.

The only thing Chisora went through in the end was disappointment. He was KO’d in the 11th round. 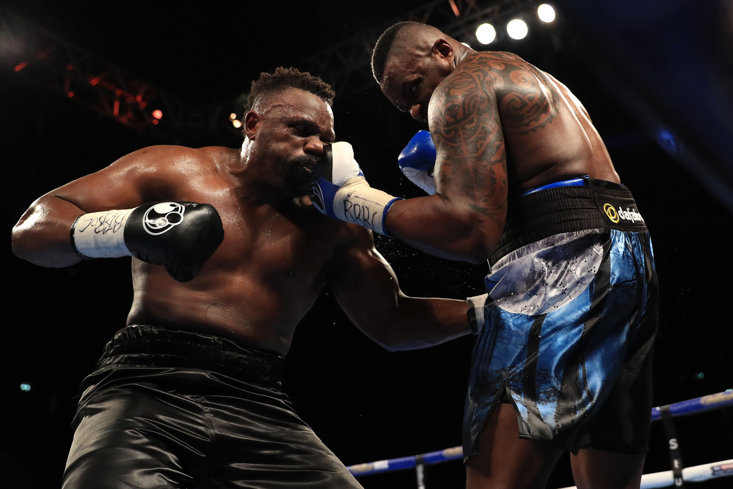 Chisora was at it again ahead of facing Joseph Parker when he accused the New Zealand former WBO heavyweight champion of ducking him after the Kiwi had had to withdraw from their clash:

“Parker b*tched out. He must have taken too many laxatives and sh*t himself. I know he wasn’t ready for the battle. He reckons he needed more time.”

Yep, that’s more laxatives than you expected to read in a sports article today isn’t it?

Parker will likely be in the crowd this weekend to watch Chisora take on David Price, so just be careful not to take a mouthful of food if Dereck gets near the mic. 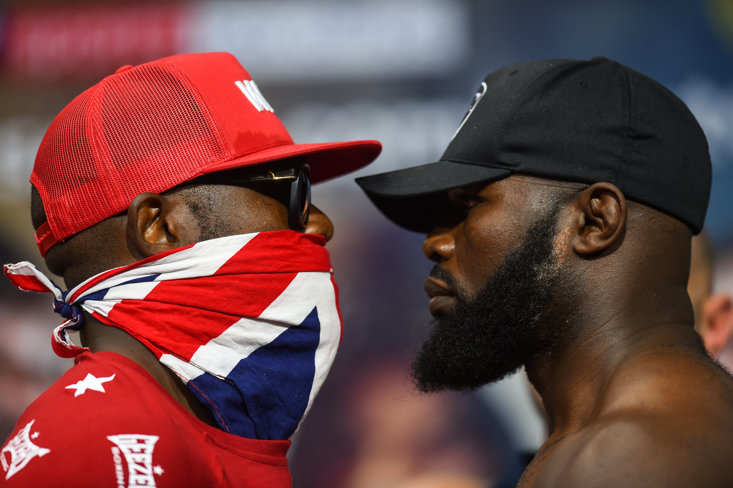 Before the Anthony Joshua v Eric Molina undercard in Manchester in 2016, Chisora had responded emphatically to accusations that he was a spent force ahead of meeting Whyte in the ring, having previously lost to such pugilists as Tyson Fury, Kubrat Pulev and David Haye.

“I’ve lost six fights and people wrote me off but you can’t write me off.

"I'm like herpes. You think I'm gone and then I pop back up.

"You see a doctor and get a pill and I disappear but I pops back up. He doesn’t bring much to the table, he doesn’t bring power punches that can hurt me."

There are not many fighters who would have the audacity to compare themselves to an STD.

Chisora is one of those people.