Us Sports
Features
American football players are well kitted out when they take to the field
Kris Voakes
14:00, 01 Nov 2020

It isn’t just a game for shoulder pads and helmets, you know. When American football players head onto the field looking like they’re dressed for war, there’s even more going on there than you will take in at first glance.

We can all gather just from looking at them that an NFL player’s game-day wardrobe is subject to probably the most exhaustive checklist in sport, but it is also becoming one of the most high-tech and gadget-filled outfits this side of Batman’s utility belt.

So here are five of the lesser heralded bits of garb that NFL players use to get ahead of the game, some of them revolutionary, some plain extraordinary. 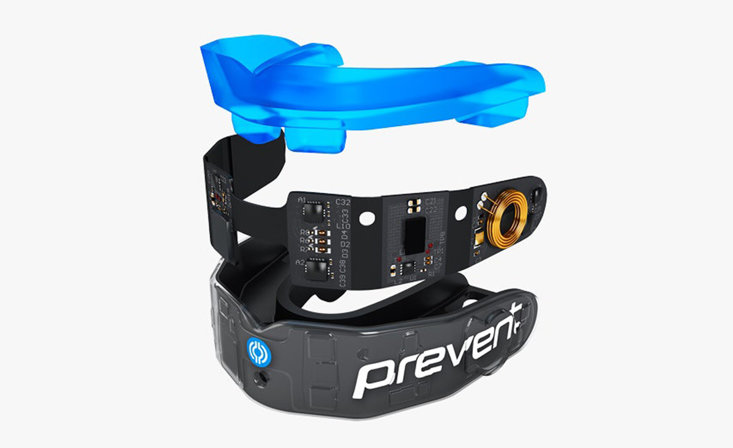 We all know of the classic mouthguard, and most of us have had occasion to stick one in boiling water for a bit and then clasp it in your gob for a while to shape it. But there is far more to a gumshield these days.

Mouthguards in 2020 come with extended lip guards as standard to protect against impact, with bite pads ready moulded to save that whole kettle palaver. There are even ‘smart mouthguards’ being rolled out now, which contain monitoring systems within them to collect data on head impacts and allow team medics to be better acquainted with concussion hazards. It’s a whole new gummy world.

In days of yore, wide receivers would take to applying Stickum to their hands or gloves in order that the adhesive paste or spray would do half of the job for them when it came to catching the ball. But with that practice having been outlawed, players were either forced to use it anyway – as Jerry Rice and others did over time – or find a pair of gloves that would have better gripping properties.

So it is that the market has been flooded with gloves that serve different purposes for different positions, albeit all of them with limits on the stickiness allowed! Of course, there is room for preference, but many receivers tend to go with sleek, lightweight pairs which allow them to still feel every contour of the ball as they catch. Others go for gloves with a pre-curved finger design for a more natural fit and resistance to finger spread upon reception of the ball. These ain’t the sort of gloves your grandma used to knit for you. 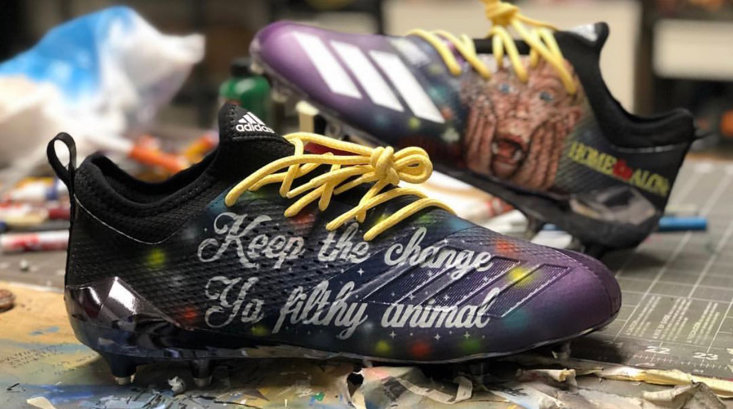 NFL boots used to be a serious bone of contention. While there were different styles of cleats favoured by players depending on their position, with some being more like rugby boots and others being the lightweight design of a football boot, players were only allowed to wear cleats corresponding with their team’s colours.

Nowadays there has been a relaxation of the rules, so as the boots get lighter and more responsive to the movement of the foot, so they get louder. Stefon Diggs is particularly noticeable by his footwear, with the Minnesota Vikings wide receiver’s cleats last season featuring everything from Home Alone to Stone Cold Steve Austin. Chuck in Odell Beckham Jr’s Joker shoes and Jarvis Landry’s all-gold Nike efforts and that’s a whole lot of personality on your feet. 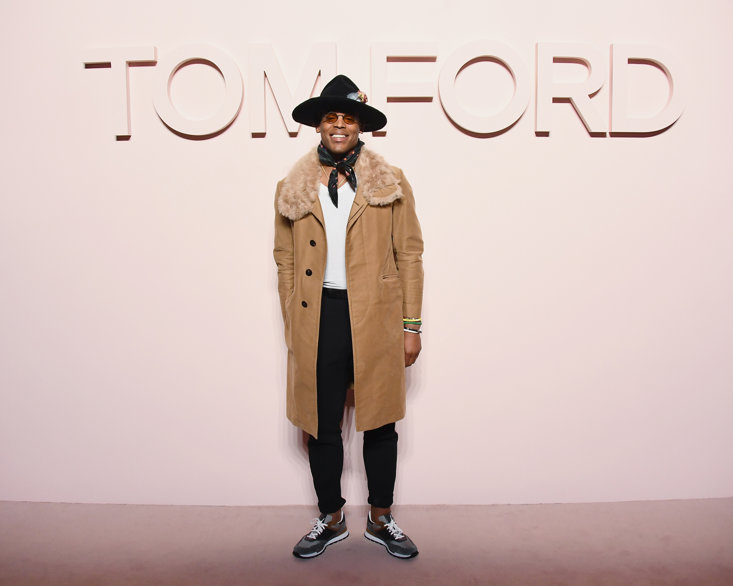 The New England Patriots’ quarterback Cam Newton is the most outgoing player in the entire league, with his sassy off-field style always catching the eye. His locker forever holds a surprise as fans are left guessing what post-game suit and hat combo he’ll be wearing from one week to the next. But there is one thing Newton doesn’t tend to wear that other QBs swear by, and that is the WristCoach.

WristCoaches would make for great cheat sheets in an exam, but for quarterbacks they can be vital in-game reminders of the numerous plays which have been practiced during the week. Legendary QB Tom Brady is one of a number of current stars who literally wear their tactics on their sleeve, giving him a constant companion as he plots the downfall of his opposition. What exactly does a WristCoach look like? It's generally little more than a print-out in a plastic wristband. Think of it as a wearable iPad without the buttons and the breakable screen.

We all know that NFL players can have a fair old physical presence about them, especially linemen who spend most of their life grappling their opposite numbers and generally snarling and grunting a lot. Obviously, we wouldn’t characterise them that way if they were stood in front of us.

What they also do is put their lower body under a hell of a lot of extra pressure given the way they're pivoting and twisting as they attempt to gain the upper hand in the tackle, so while all players have leg guards and knee pads of some description, many linemen have taken to wearing full-on knee braces during games.

Normally reserved for people rehabilitating from serious ACL injuries, offensive linemen often wear knee braces to protect themselves and their ligaments from damage under the weight of a tackle which can include any number of charging bodies coming from every conceivable angle. Sounds like a good idea, now we think of it.