England’s Second Test against Sri Lanka in Galle, which starts on Friday, carries with it two big questions. Can Joe Root’s men wrap up a series win after their First Test triumph last week? And will Rob Lewis get to watch the entire match from the nearby Galle Fort without interruption this time after waiting in Sri Lanka for 10 months to see his heroes play?

Lewis, a 37-year-old web developer from Sunbury-on-Thames, decided to stay on in Sri Lanka last March after landing in the country to find that the Test series had just been cancelled due to Covid-19. He had hoped that it wouldn’t be too long before England would return to play the two scheduled Test matches.

Ten months of remote working later, he was the one England fan among a handful of people perched on Galle Fort, which overlooks the Galle International Cricket Stadium, as the First Test got underway. But it took him a while to persuade the authorities to let him stay.

“I’ve had plenty of trouble,” he explained to talkSPORT. “On day one, I got up there nice and early and spent two hours putting these big banners up – five metres by three metres… I then belted out ‘Jerusalem’ as loud as I could, but after that it went a bit pear-shaped. The police kicked me off!

“They took my banners down, which I was quite heartbroken about. I spent the next two days walking around the ground looking through fences, going to the police station trying to get permission. I even dressed up as a construction worker with a hard hat and hi-vis on but got caught by the police again.” 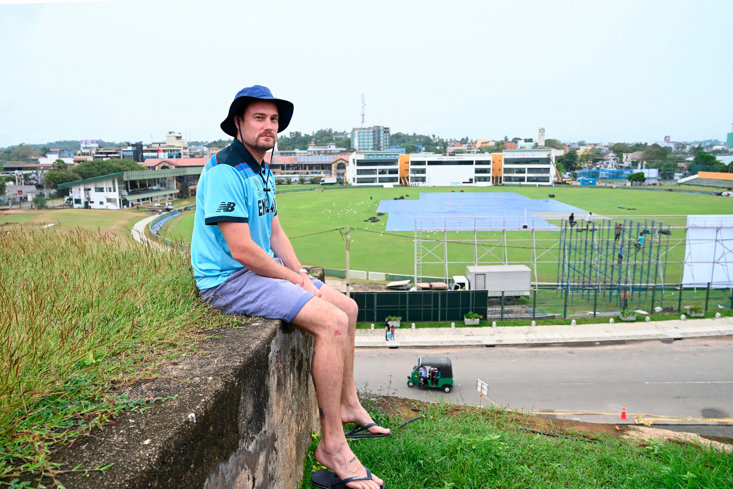 Luckily for Rob, by day three he had been added to a media list through contacts, and was allowed to stay on the fort for the remaining three days as a result. It meant that he was there in time to be saluted by Joe Root when the England captain reached his fourth Test double-century during England’s first-innings knock of 421.

“I’ve been in crowds when they salute you when there’s a lot of people there, but when it was just me it was really quite touching, a very special moment indeed,” Rob added.

Root’s fantastic innings of 228 helped England to a seven-wicket victory over a Sri Lanka side who were always playing catch-up after a horrendous batting effort on day one saw them skittled out for 135. Their battling performance of the final three days will have served as a warning to England, though, that there is still some work to do if they are to head to their four-match series in India next week with a 2-0 victory in the bag.

Promising displays from debutant Dan Lawrence and Jonny Bairstow with the bat, and Dom Bess and Jack Leach with the ball, helped to get England over the victory line, but there are still plenty of questions to be asked of a line-up missing Ben Stokes and Jofra Archer among others. Rory Burns’ absence due to the birth of his first child gives the top of the order a rather anaemic look, while there was a lack of control in the bowling department during Sri Lanka’s second innings. 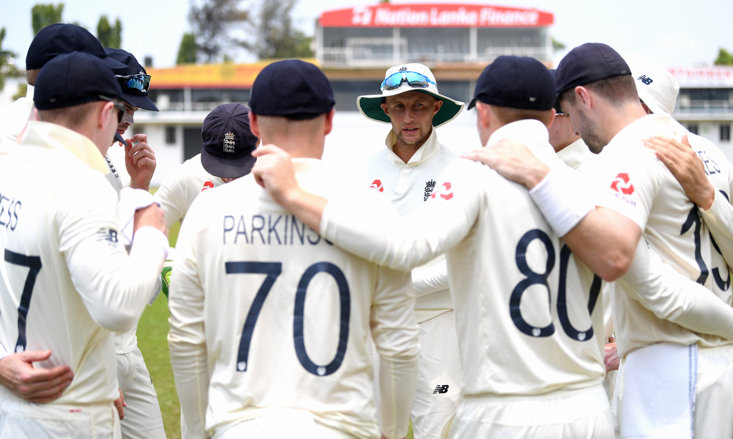 But if England can do enough to win again this weekend, there might just be another phone call coming the way of the one-man Barmy Army, following Root’s classy touch at the end of the First Test when he stood out on the field facing the fort and made a call to superfan Rob.

“It’s an incredible story. I read about it a little while back now,” Root told Sky Sports after thanking Rob for his support. “To see him struggle to get on the fort the first couple of days, then finally up there enjoying himself and getting to watch some cricket was fantastic. He was almost a beacon for everyone at home watching on the screens.

“It was nice that at the end of the game I managed to have a little conversation with him over the phone – lovely for him to enjoy that moment with the rest of the group.”

Another England win in the Second Test, and it will all have been worth the wait.