It is 1977 and Muhammad Ali is firmly in the twilight of his career. He should have quit by now, but he goes on and on and on. At age 35, he gets in the ring with Earnie Shavers, one of the most feared punchers on the planet, a pugilist who hit so hard that one opponent once said, “he could turn July into June”. The sporting world’s eyes are once again firmly fixated on Madison Square Garden, but it is just beyond the glare of the spotlight that one Eva Shain is making boxing history.

At the time it appeared to be all about Ali, as it ever was. He had walked into the arena accompanied by John Williams’ score to the then-recently released Star Wars. Through 15 devastating rounds the tired champ endures car-crash-like impacts to his skull thanks to Shavers’ traction-engine arms. But Ali turns in one of the most remarkable feats of human endurance to see it through to the end. The judges eventually give Ali the unanimous decision. He prevails with margins of 9-6, 9-6 and 9-5. It would be The Greatest’s penultimate career victory.

It is a memorable fight that deserves to exist within the pantheon of the 20th Century’s unforgettable, but not solely as one of Ali’s final hurrahs in a battling, bruising bout. Looking on from ringside, almost as responsible for the outcome of the fight as the fighters themselves, were the judges, one of whom has just made history. Alongside judge Tony Castenello is a woman. This is the first time in history that a world heavyweight clash has been adjudicated by a female. Muhammad Ali made history on more than one occasion, but on this night, 29 September 1977, in New York City, the greatest sportsman who ever lived will have to concede some line space to Mrs Eva Shain.

Eva Shain had received word that she would judge the Ali-Shavers bout only hours before the fight. “I really did not expect it,” she later recounted, “That morning I had gone to the doctor, and he told me to stay home because I had a cold.” Even aside from the inopportune illness, Shain, a New Jersey native, wasn’t really meant to be in the Garden. 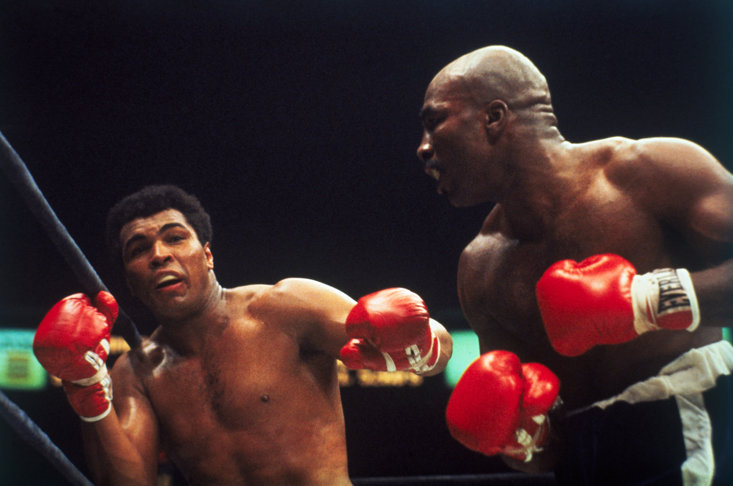 Her career path hadn’t initially set her off in the direction of the Madison marquee, and the idea of a woman judging a world heavyweight title fight had at one point been nigh-on unthinkable. Born in 1918, Eva was a New York University graduate who became an interior decorator and bookkeeper. For half a century her life didn’t touch boxing. But then came one fateful night in the late 1960s, when she reluctantly agreed to accompany her husband, the boxing announcer Frank Shain, to a Golden Gloves bout at Madison Square Garden.

“I didn't want to watch two men beating each other up in the ring,” she later recalled to the New York Times. “Besides, there were never any women at the fights.”

Upon witnessing the bout in NYC, however, she said she had totally fallen in love with boxing.

“It was such a precise science,” she said. “After that, I went to every fight with him.”

Changing roles to follow her newfound passion, Shain spent almost nine years as an amateur boxing judge, officiating at approximately 2000 Police Athletic League (PAL) and AAU (now known as the Amateur Boxing Federation) boxing shows and spending four and a half months as an apprentice professional boxing judge at the Felt Forum of Madison Square Garden (New Jersey Hall of Fame). She eventually gained her professional licence in March 1975. Just over two years later she was part of the control of the most-watched fighting event of the year, and one of the most memorable clashes of the century.

Upon deciding that Ali had triumphed over Shavers, awarding him nine of the 15 rounds, Eva declared her involvement in the moment as being “like when an opera singer sings at the Met”.

She was eventually inducted into the New Jersey Boxing Hall of Fame on 15 November 1985, having established a reputation as a more than stellar, reliable presence in the boxing world and being a leading light for women to enter the masculine environment of boxing. “It wasn't the idea of being a trailblazer,” Eva later said, “It was something I wanted to do. It was a challenge.”

The induction ceremony into the Hall of Fame was punctuated by a nice catchphrase. “Let’s keep punching,” she said simply. 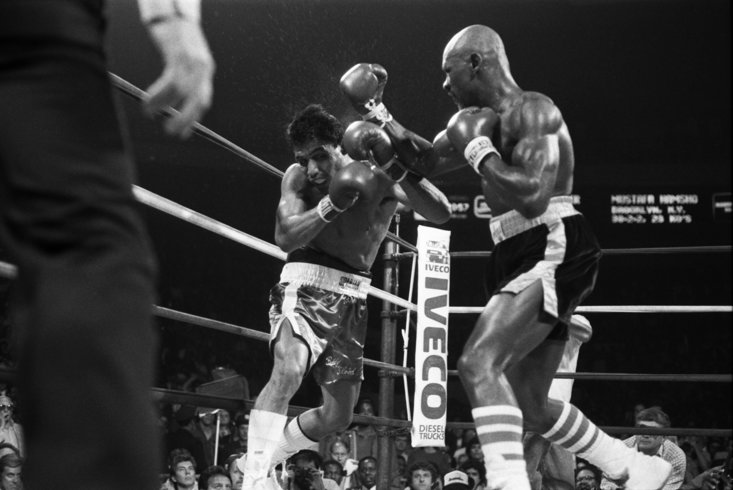 Alongside becoming the first ‘lady judge’ to have officiated in the famed Madison Square Garden, she also became the first to judge professional boxing in her home state of New Jersey, and the first licensed boxing judge to officiate professional boxing bouts in the Garden State since, prior to this, the referee had been the sole judge. She eventually became licensed by the World Boxing Association, World Boxing Council, International Boxing Federation, United States Boxing Association, North American Boxing Federation, and Continental American Federation, and judged world championship fights featuring Marvelous Marvin Hagler, Michael Spinks and Jeff Chandler, and clashes involving Roberto Duran, Hector Camacho and Roger Mayweather. Internationally known in boxing circles, with articles published far and wide about her exploits, Eva also became a presence on the television and radio circuit and even appeared in Martin Scoresese’s classic boxing biopic Raging Bull, appearing as an extra seated in the front row of one of Jake La Motta’s bouts.

Eva Shain died on 19 August 1999, a little over eight months after retiring having judged an approximate 5000 fights across her career. The 17 world championship bouts she oversaw had cemented her reputation as one of the greatest boxing judges to have mediated ringside. And of those 17, it all began at the Garden in that September of 1977.

At the press conference after triumphing over Shavers, Ali was asked if he was aware a woman had officiated the duel.

“What do you think of this lady judge,” he was asked by  John F.X. Condon, President of Madison Square Garden Boxing Department.

“Before I answer that,” Ali said, “how did she score the fight?”

When told that it was in his favour, Ali’s response was emphatic.

“That lady judge is just great.”