Football
Features
It was on this day in 2001 that Sven Goran Eriksson's side humiliated the old enemy
Brian Strahan
11:02, 01 Sep 2021

Trajectory ultimately defines everything. If Dietmar Hamann’s long-range effort at Wembley in October 2000 hadn’t skidded into David Seaman’s goal then maybe things would have been different. But with the German midfielder’s winner at the last game in the old Wembley, the dynamics changed.

Kevin Keegan’s mind was made up. David Beckham and Tony Adams pleaded with the FA’s David Davies to convince Keegan to change his mind. When Keegan trudged off the pitch in his navy Nationwide tracksuit, with the rain unnecessary to dampen his spirits, it was in his eyes. He knew this was the end. He told his players he wasn’t up to the job, and he was quitting.

Davies, unsure as to where to hold an impromptu meeting to try to persuade Keegan to stay, found his options limited. He brought Keegan into a bathroom cubicle and asked him to reconsider. But, even in such closed confines, he couldn’t convince Keegan. He believed he had done everything he could; and once he had convinced himself, that was that.

The then-Lazio manager, Sven-Goran Eriksson, was the ultimate choice of successor for the FA, to the chagrin of some traditionalists who felt the position should remain with an Englishman. But his backroom staff was filled with astute English coaches – Peter Taylor, Steve McClaren and Brian Kidd.

With just one defeat in six games – in a friendly – Eriksson and England, headed into a World Cup qualifier away to Germany settled and with a wisp of confidence; if not quite a saturated swagger. On September 1, 2001, England travelled to Munich for a Group 9 qualifier of considerable importance.

The Three Lions may have had a game in hand, but Germany were top with six points to spare. The referee on the night, Pierluigi Collina, had overseen many high-profile games in a revered career but few would match this game in terms of a dramatic narrative. If David Chase had written the script, it still would have been difficult for him to envisage the narrative as it unfolded. 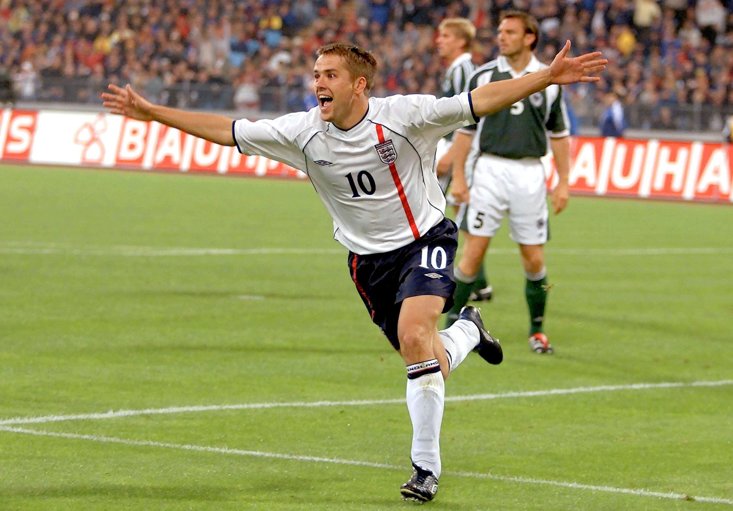 Carsten Jancker may well have held bad feelings towards the English. As a 17-year-old at David Pleat’s Luton, he had lined up in a reserve game against Arsenal. Pleat’s coaches said that Jancker hadn’t look overtly interested and had retired early with an injury. That was enough for Pleat, who released the surly teenager.

Oliver Neuville – unperturbed by his smoking habit  – cushioned a header into a chasm of space in the English defence. After letting it bounce once, Jancker prodded the ball past a panicked David Seaman. Jancker ran to the perimeter, settled on one knee, and wagged his finger to the crowd. Or maybe to Pleat and those representing him. Either way, it was a vulnerable-looking England who cracked on the very first pressure test. Eriksson looked vacant and bereft.

Germany had never been beaten in a World Cup qualifier on home soil. This, clearly, wasn’t about to change.

Oliver Kahn was widely heralded as the world’s number one goalkeeper at the time. So, when the diminutive Nick Barmby and Kahn went for a returned ball into the penalty area, Kahn came out to punch the ball into the late-summer night.

Except he didn’t. Barmby held his ground and Kahn did something more akin to Phillip Schofield attempting a star-jump. As Kahn flapped, Barmby laid the ball off astutely for Michael Owen. It was 12 minutes in, and England were level. If it could just stay this way; what a fine result this would have made.

Jorg Boheme had a fine shot, adroitly saved by Seaman. Sebastian Deisler made a mess of an open opportunity.

And then it happened, with David Beckham cultivating the whole thing, first winning and then delivering a free-kick. After a flurry of activity, the ball bounced to Steven Gerrard 25 yards from goal. Cushioning the ball with his chest, Gerrard struck it into an almost impossibly precise direct route to goal, with Barmby's last-second effort to get out of the way key to it nestling in the bottom corner.

As the English players slid on their chests, arms aloft, into the corner, there was that rare thing. A whiff of freedom in the play of an English team.

At half-time, Owen wasn’t interested in savouring their position. Jamie Carragher would later speak as to how he had never seen his Liverpool team-mate so wound up. If something special was happening; no one felt it more than the number 10.

And he was right to feel it. The whiff of freedom turned to unadulterated liberty in the second half. Germany boss Rudi Voller could only look on as his side were pulled asunder; unsure as to how to deal with such attacking sophistication. Voller would be forced to leave the stadium before full-time, as his father suffered a cardiac arrest during the game. Fortunately, Voller Senior would recover, but his son's side would not.

Emile Heskey rarely looked more in control. Diverting a flighted ball with a smart header, he teed up Owen, who caught it with the outside of his boot and watched on as Kahn fell to his knees more than dived as England took a 3-1 lead. With the second half only a few minutes old, the German crowd started to consider whether they should head for the exits early.

Owen’s third was his finest. Gerrard had been master of precision all evening; this time to aide Owen’s path, whilst splitting the horror movie that was the German defence open. Owen’s angle to score wasn’t simple but by now his confidence was sky high, and he slotted home for his first of two England hat-tricks in a career which would yield 40 goals in all.

Scholes was at the epicentre of so much that was intelligent and mobile about England's performance that night. He played a starring role in Heskey’s first and England’s fifth, with the big striker finishing confidently to round out the scoring. This was a night England didn’t want to end. Or forget.

It was a fitting tribute to the acclaimed football commentator Brian Moore, who sadly died the same night, surrounded by his family. And it was 10 days before events in New York and Wahington DC would change the shape of life and society as we knew it.

England would qualify automatically. Again though, that has its own dramatic lay-out. Involving Beckham, Greece and a last-gasp Hollywood moment at Old Trafford.

But this night in Munich rightly retains its own page in history. It was one of English football's greatest ever occasions.

This article first appeared on The Sportsman on 01/09/17