Football
Features
The former Everton midfielder spoke to Chris Sutton about the Toffees and their manager
Elliott Bretland
09:55, 23 Mar 2020

Leon Osman couldn’t believe what he was seeing. The Everton midfielder had heard about a young boyhood Blue by the name of Wayne Rooney coming through the youth ranks. Then he got the nod to join the first-team and a star was born.

“From the moment he walked into the training ground you knew he was going to be special,” Osman recalls of the day, more than 15 years ago, when speaking to Chris Sutton and The Sportsman.

“Already, physically developed; I’m four or five years older than him and he was already bigger and more powerful than me so you knew he was going to be a player. Even when he was 14, there were videos going round of ridiculous things he was doing in youth cup matches.

“One of the moments you go out before training to get warm, players having a chuckle and passing the ball and Wayne would just charge out and claim he’s going to hit the crossbar from the halfway line, something I couldn’t think about and he took it, hit the bar and you think ‘Who’s this kid here?! No chance, that’s a fluke.’ Then he did it again, twice on the run. Who is this kid?”

This kid was Wayne Rooney and he announced himself to the world by scoring a stunning late winner to end Arsenal’s unbeaten run, all while still only 16.

He would go on to win everything for Manchester United while breaking records for his country and it came as no surprise to Osman.

“No none at all,” he said. “There was disappointment we couldn’t keep him at Everton longer than we did but he’s gone on to be Manchester United’s all-time scorer, he’s England’s current record goalscorer he was always going to achieve things.”

Forced to sell their prized asset to the Red Devils back in 2004, from a financial viewpoint, things are better for Everton at the start of the 2020s. Free to spend, though they’ve stuttered for form, the Toffees managed to land world renowned coach Carlo Ancelotti this season and Osman insists it is a coup.

“I was surprised and pleased,” he told The Sportsman of the appointment. “At the time, from being in a bad position, having had a few managers previously who hadn’t done so well, I wasn’t convinced we could get someone of Carlo Ancelotti’s stature but fair play to the board, to the hierarchy for having that desire to go out and get the best.

“Quite often in football, timing is everything and with him losing his (Napoli) job coinciding with Everton looking for a new manager, things fell into place.”

Though Roberto Martinez, Ronald Koeman and Marco Silva tried and ultimately failed at Goodison Park in recent times, Osman believes Evertonians can truly have faith the good times are coming under the Italian.

“The club ,they want the fans to believe and dreaming of achieving and yes, to dream of the Champions League is maybe premature, but at least it’s a dream that is coming to the fan, looking at Europe.” 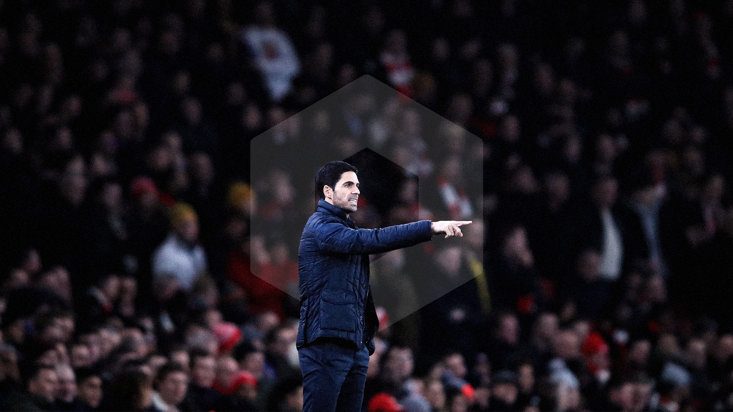 Another manager looking to have an impact is new Arsenal boss Mikel Arteta. Osman played in midfield with the Spaniard for five years at Everton and believes he has all the qualities to be a success in north London.

“He was a really good player, technically fantastic, his delivery, his attitude, he’d probably be in the top three or four (of players played with)” said Osman as he lavished praise on his former team-mate.

“What he brought to Everton was a change in attitude off the pitch. That culture, he was the point in football, the foreign players changed things but he improved standards, no drinking, real professionalism, extra care in what he ate. How well he could be playing, so fit and you wanted to be at that standard too.

“He was ahead of his time, he was a student of the game and I always felt he would go into management because he sees the game in a good way, he’s tactically very good and became captain with his leadership quality.

“To see him with Pep Guardiola (at Manchester City) the education he will have got in that stint as assistant manager will have improved him. People are saying nothing but good things about his first decisions and what he’s done.”

x
Suggested Searches:
Manchester United
Liverpool
Manchester City
Marcus Rashford
Premier League
More
rugby-league
The Birth Of The Grand Final: Rugby League's Biggest Of Big...
“I’ve said it for years… the last game of the season should be the most important,” [ ... ]
football
Celebrating Arsenal's Invincibles With The Stats That Tell The...
There’s Sergio Agüero winning it in Fergie time. Liverpool finally ending 30 years of hurt [ ... ]
football
From Balotelli To Bullard, The Premier League's Greatest Ever...
It's been a full decade since Mario Balotelli lifted his shirt in Manchester City's 6-1 [ ... ]
motorsport
On This Day: Rookie Lewis Hamilton Loses F1 Title In Controversial...
On this day in 2007, we witnessed perhaps the greatest end to a Formula One season we have ever seen. [ ... ]
motorsport
How Lauda's 140mph Crash Marked The End Of The Age Of Innocence...
There are few worse moments to lose control than when driving at 140 miles per hour. The events on just [ ... ]
football
FA Cup Round-Up: Brilliant Buxton Make First Round As Dorking...
It was a night when Dorking Wanderers saw their dreams dashed by Hayes and Yeading, Stratford made some [ ... ]
us-sports
Celebrating Jim Brown - The NFL Movie Giant Who OJ Robbed Of...
Before OJ there was the OG. The Original Gangster. In fact he was front and centre of an action-packed [ ... ]
football
Sheriff Tiraspol - The Champions League Club With Two Faces
On the surface, it has been the underdog story of the Champions League so far. Never before has a club [ ... ]
boxing
From Taming Tyson To Bashing Buster, Evander Holyfield’s Best...
Today marks the 59th birthday of one of the best boxers to lace up a pair of gloves in the modern [ ... ]
football
Fernando Torres - Atletico's Local Hero, Liverpool's Tainted...
‘This means more’ is Liverpool’s oft-derided motto, but when they face Atletico Madrid [ ... ]
football
On This Day In 1987: The Rangers v Celtic Shame Game
Whatever the circumstances when Rangers face their Glasgow neighbours Celtic the [ ... ]
athletics
On This Day In 1968: The Greatest Sporting Protest Of All Time
Some sporting images will stay with us forever. Muhammad Ali standing over Sonny Liston, Michael Jordan’s [ ... ]
football
Dorking Wanderers Aiming To Complete The FA Cup's Ultimate Underdog...
Something is stirring in the sleepy, stockbroker-belt Surrey market town of Dorking. And if the Wanderers [ ... ]
boxing
Outside the Ropes: Jennings Gym - Training, Tunes And Gardening...
Jennings Gym is not your average boxing gym. Tucked away on the ground floor of a former cotton spinning [ ... ]
football
Thierry Henry - ''The Best Player To Have Ever Played In The...
"No, number one is not Alan Shearer - number one is Thierry Henry. Thierry Henry is the best player [ ... ]
football
93.20: The Moment Sergio Aguero Changed English Football
The greatest moment in Premier League history. Sergio Aguero’s goal against Queens Park Rangers [ ... ]
cricket
Assessing England's Ashes Squad: The Strengths And Weaknesses...
So we know the 17-man squad that will go Down Under to try to win the Ashes for England this winter, [ ... ]
rugby-league
Naiqama Seals His Perfect Ending After A Year Of Personal Turmoil
Less than a year ago, Kevin Naiqama looked destined for anything but a fairytale ending to his St Helens [ ... ]
football
Alan Shearer: Newcastle's Boyhood Hero Who Won The Hearts Of...
Footballers in this day and age are judged by how many trophies they win. But when Alan Shearer, the [ ... ]
rugby-league
French RL Ready For Momentous 2022 After Toulouse Promotion...
French rugby league had never known as important a weekend as this one. Catalans Dragons were in their [ ... ]
football
Paul Scholes - The Unassuming Magician Who Ruled The Premier...
England don’t produce these types of players often, but every now and then a footballer will come [ ... ]
football
Frank Lampard - The Intelligent Goalscoring Genius Who Helped...
During the 90s and early 00s, the influx of money into the Premier League had led to a whole new era [ ... ]
football
Roy Keane: The Midfield Enforcer Who Was So Much More
Roy Keane is held up as the defining defensive midfielder of the first half of the Premier League era. [ ... ]
boxing
Bare-Knuckles, Blades And Broughton: The Evolution Of The Boxing...
From oxhide to metal, hemp rope to horse hair, it’s fair to say those shiny, top-of-the-line gloves [ ... ]
football
John Terry - England's Last Truly Great Defender Who Won Everything...
When looking back at John Terry’s footballing career, Chelsea fans can do so with misty eyes. [ ... ]
football
Ashley Cole - From ''Next Tony Adams'' To Chelsea Great Despite...
Ashley Cole was an Arsenal legend in the making. An academy starlet, he rose through the ranks and established [ ... ]
football
Merry Go-Round Or Hornets Go Down? Watford Appoint Yet Another...
The sack race is a hotly-debated topic every year, as fans postulate on which manager will be the first [ ... ]
football
Branislav Ivanovic - Chelsea's Iconic Right Back Turned Prolific...
Branislav Ivanovic’s start to life in London was far from smooth. After joining Chelsea in January [ ... ]
football
13 Goals Conceded, 24 Clean Sheets: Petr Cech's Iconic 2004/05...
This morning we announced Petr Cech as our greatest ever Premier League goalkeeper, as we run through [ ... ]
us-sports
Before LeBron, Kobe, Shaq And Magic There Was Jerry West, The...
Kobe Bryant’s tragic passing at the beginning of 2020 brought calls for the National Basketball [ ... ]