Brexit is coming, that much we know. A single certainty in a time of unprecedented political upheaval. Right now there’s more questions than answers. And here’s another one to add to the list - could Brexit be good for the Premier League?

The FA appears to think so. According to reports, it is said to consider Brexit to be a chance to increase the number of homegrown players in England’s top flight, which it says will boost the chances of the national team by exposing more players to the best football. The Premier League are believed to see it differently, rejecting this view, saying there is “no evidence” it would work.

One thing they can both agree on is the enormous amount football has changed since the dawn of the Premier League back in 1992. Perhaps the biggest change being the influx of talented foreign players. On the first weekend of the inaugural Premier League season, just eleven players from outside the United Kingdom or Ireland started across the 22 teams in the division. That’s just 4.5%.

In 1995, the Bosman ruling meant that not only could players leave on a free but UEFA dropped its three foreign players limit for each team. By Boxing Day 1999, with the television money taking hold and wages skyrocketing, Chelsea were able to field a full team without a single British player involved.

So what if the three player rule was brought back in? Who would finish where in a fantasy post-Brexit Premier League world? We take a look, so you don’t have to...

Bloody hell, Norwich. Daniel Farke’s foreign influence is huge but that doesn’t help him out here as Michael McGovern starts in goal, with Sam Byram filling in at centre-back. Pukki and Buendia will combine to score goals but the rest of the team looks as if it will let them down. Relegation beckons for the Canaries.

Not too much changes here for the Saints although they are weakened slightly. A decent English front two means that reinforcements can be brought in at the back, in the form of Valery and Vestergaard. But even that will not be enough to keep them up.

This is a tough one for Bruce, who even with his entire squad available probably has to contend with the weakest squad in the division. Having said that, only Fabian Schär and Christian Atsu are really missing from this line-up which means it’s okay. We’ve stuck Wor Andy up top for old times sake, but that back four will let him down.

It’s not looking great for Wolves but they can field a team featuring three youngsters. The backline will require big performances from captain Conor Coady to keep them organised and it would be great to see John Ruddy get some game time, but the positives end there. The British rearguard has meant that the sprinkling of quality can be seen further up the pitch, which will be just enough to keep them up.

Dean Smith may have spent big this summer but he can still put together a reasonable side with these limitations. Trezeguet and Wesley are needed to score the goals and Grealish has been pushed out wide due to the influx of central midfielders but overall this team isn’t too far away from their current line-up. Safe, just.

Graham Potter will have to work hard with this side who look average on paper. Goalkeeper Matt Ryan misses out but the back three is fine although we have had to shoehorn Shane Duffy into the centre of midfield alongside Dale Stephens. Montoya and March as wing-backs will suffice with the added quality of Pascal Gross and Leandro Trossard supporting bagsman Glenn Murray. That front three will keep them up.

This is a poor showing from the Gunners. Arsenal will struggle defensively but then again they always do. We have picked the tenacity of Lucas Torreira and then gone all out attack with Aubameyang and Lacazette. Matt Macey will have to start in goal and the backline in front of him looks dodgy to say the least. Goals expected at both ends with this side. 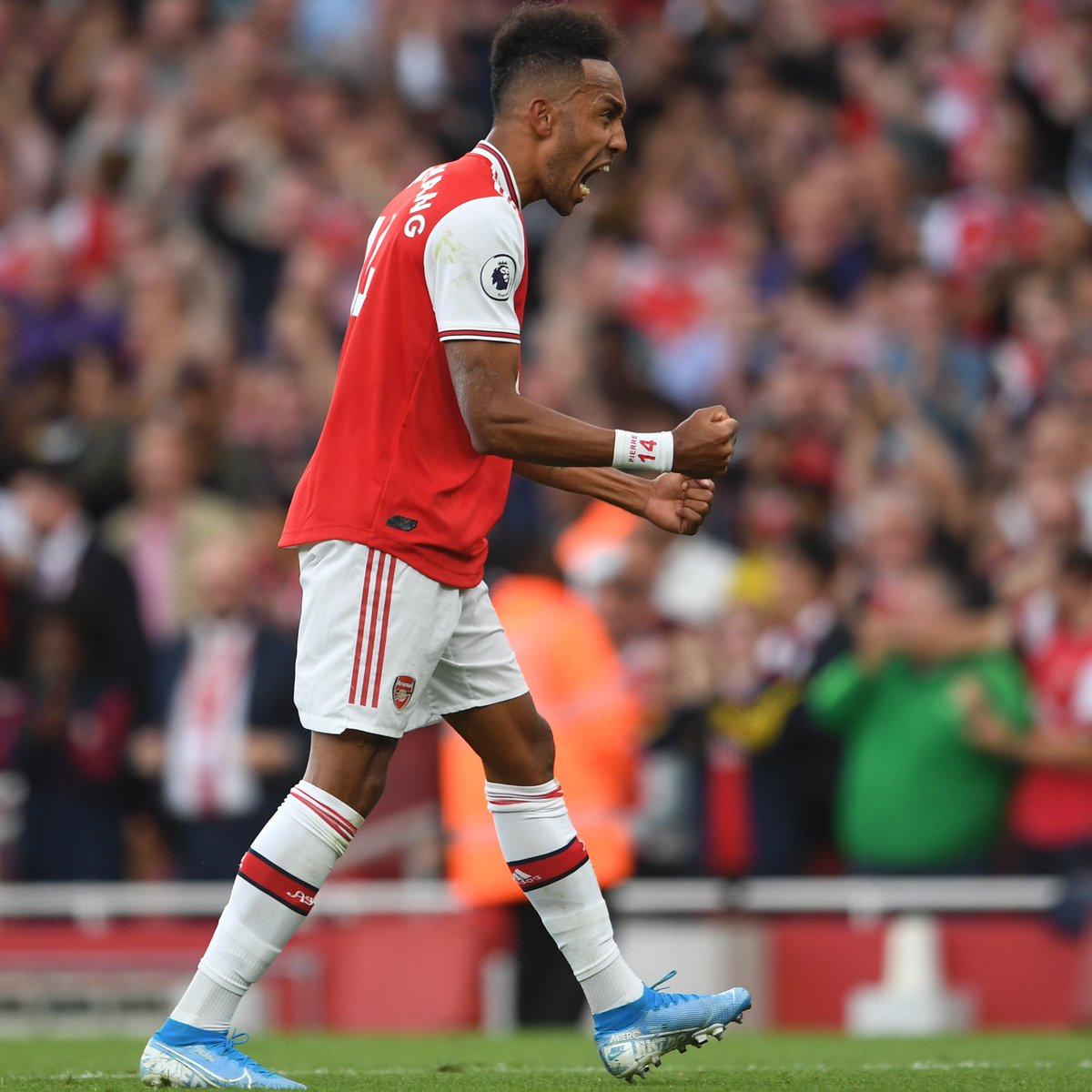 Not too bad for West Ham but the majority of their better players have come from abroad. Fabianski is a must-have in goal and the back four looks reasonable but Declan Rice is having to fill in at centre-back. U23 captain Conor Coventry gets a spot in the midfield and the rest of the team has the experience, if not the quality needed.

Good old Roy. A no-nonsense back line here, although a side that could do a job in this division. You’ve got to have Luka in there for the penalties and unfortunately for Palace, Zaha’s decision to represent the Ivory Coast over England means he also takes up another space. Benteke also provides a good option up top in this side which could cause teams problems.

Watford, unlike other teams we have seen so far, boast a strong English spine but a severe lack of options out wide. This means we have had to use two of the foreign spaces on full-backs, with Gerard Deulofeu also coming in to provide a bit of magic up front. That means Danny Welbeck is once again relegated to the bench.

Incredible work from Chris Wilder with the resources at his disposal. Zero foreign players in the starting XI this season and only Mo Besic and Lys Mousset have even made the bench. A top-half finish to this unchanged side.

Good old Sean Dyche. Burnley’s side is so English (8/11) that we can field the same side Dyche has been trusting this term. 4-4-2, no nonsense. Eric Pieters comes in at left-back, and the dangerous front two bring power and goals. Would it be a different story if Ashley Barnes’ Austrian citizenship had been accepted?

Man City’s dominance has been built on big-name signings from abroad but they would still be able to keep three of their key men, through the spine of their team. Ederson’s replacement would be either Daniel Grimshaw or Scott Carson which would cost the team a lot of points but their defence would remain almost intact, with 19-year-old Tyreke Wilson coming in at left-back.

In midfield, captain of the under 21’s Tommy Doyle would hold things together in midfield with Phil Foden and KDB providing the supply for Agüero, Raheem Sterling and Morgan Rogers, another youth product. Way off the pace for the top four.

Frank Lampard has had a job on his hands in transforming the way the Blues operate by bringing youth products through but it has paid off here. Mason Mount and Tammy Abraham are just two of the names that have impressed for Chelsea this season. It’s just defensive solidity that this team requires, which is where the foreign players come in.

This team going forward looks brilliant, but you just cannot trust that back four. A lack of a left-back could also be exploited, with u23 right-back Marc Guehi having to fill in.

What a team. Eddie Howe has done a remarkable job with the Cherries and the British core we see this season puts them in a strong position here. Aaron Ramsdale’s emergence as their number one this term gives room for Ake to star in defence, Lerma in midfield and King up front. This side would cause serious problems in the Premier League and could be on its way to Europe (remember that place?).

AFC Bournemouth
@afcbournemouth
A fine finish on a difficult day.
👏 @CallumWilson
All the goals ➡️
16
142

I like this a lot. England’s number one in-between the sticks. Baines back at left-back like it's 2009 and a solid back-line in general. Tom Davies and Fabian Delph will do the leg work in the middle to provide a platform for the ‘Fancy-Dans’ to flourish. Sigurdsson and Richarlison are obviously class, Walcott will work hard down the right and Calvert-Lewin is improving as a number nine. Decent.

Manchester United may not have had the success of their rivals in recent years but they have built a British core which will serve them well here. Keeping De Gea in goal will give them defensive solidity and the signings of Maguire and Wan-Bissaka this summer have worked wonders for them.

This side is not too far away from their current line-up and would certainly feature in the top four. An all-round good effort, although Phil Jones does feature at the back.

A lot of decent British talent coming through at Spurs but again they may struggle at centre-back and central midfield. We are pushing Eric Dier back to do a job in defence although Ben Davies may also be an option. A decent attacking line-up and of course, the main man Harry Kane up front.

Always the bridesmaids. Liverpool’s British core would also be paramount to their success. By keeping Alisson and Van Dijk, their backline can remain unchanged with their two vitally important flying full-backs from England and Scotland respectively.

The hardworking midfield has legs and Adam Lallana can be a creative force if he puts his injury problems behind him. Mo Salah would be relied upon for goals, but would have to do it without the help of Sadio Mane and Roberto Firmino. Rhian Brewster, Oxlade-Chamberlain and Adam Lallana are just not trustworthy enough to win the title.

Incredible. Bonus point for having Brendan Rodgers as manager but this Leicester side is virtually unchanged to real-life. Ayoze Perez and Ricardo Pereira drop out on the right-hand side but in James Justin and Demarai Gray, they have exciting replacements. Maddison, Tielemans and Vardy as an attacking three is dynamite and would once again, win the Foxes the Premier League title. 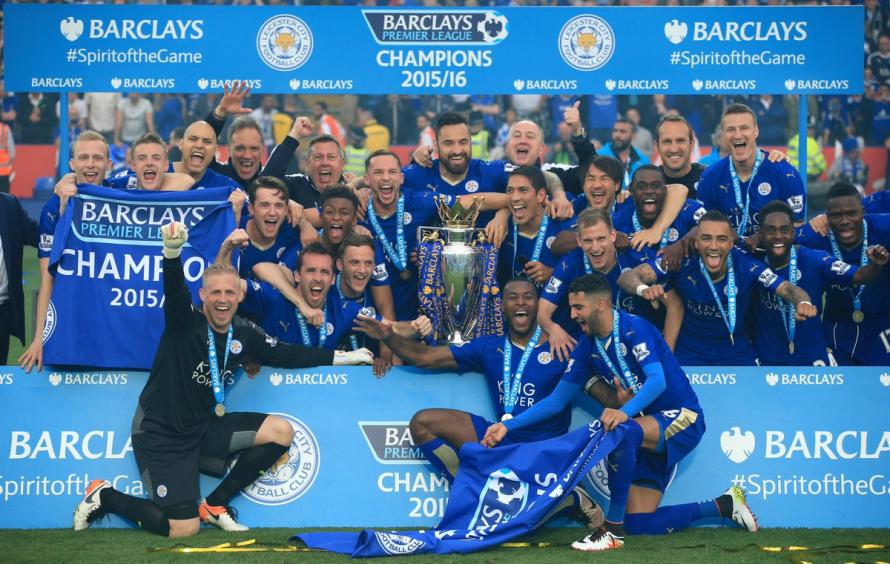