After a positive and interesting opener to the 2019/20 Premier League season, FPL Bottom Line returns for Gameweek 2. It is, of course, extremely early days so don’t feel threatened to make rash decisions, it’s a marathon not a sprint.

Here are our pointers for GW2.

A great start to life in the Premier League for Graham Potter as Brighton and Hove Albion secured an impressive 3-0 victory over Watford in Gameweek 1.

Goalkeeper Mathew Ryan had a faultless opening after picking up a clean sheet, two bonus points and an extra point for shots saved.

The Australian No.1 offered a safe pair of hands after making two pivotal saves, preventing the hosts from finding an avenue back into the game.

This weekend the shot-stopper looks a tempting pick with a home encounter against West Ham.

Ryan obtains a dependable history against the Hammers, making three appearances against the club and recording two shutouts and conceding just one goal.

Manuel Pellegrini’s side will travel to the Amex Stadium, advertising a weak record on their travels.

In all competitions in 2019 alone, West Ham played 10 games, lost seven, winning two and drawing just the once. The East London club failed to score in five of those fixtures.

The Seagulls will be stocked with confidence under Potter and we’re anticipating another impressive performance. 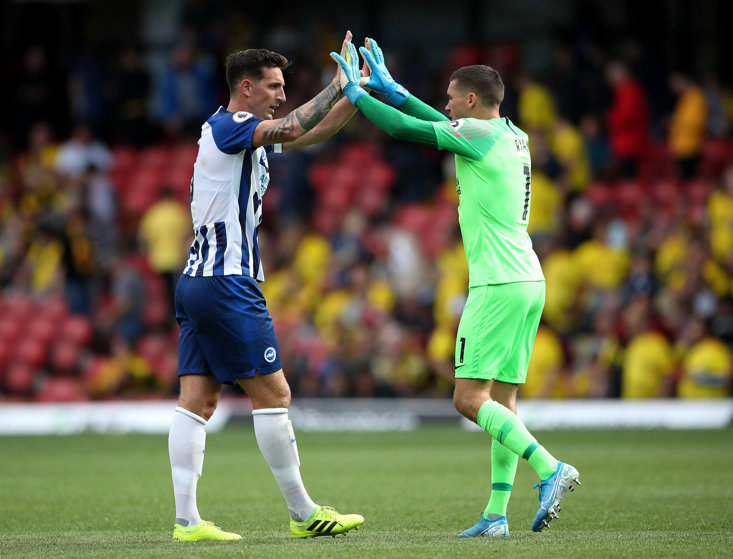 Lucus Digne looked promising against Crystal Palace in Gameweek 1, creating chances, getting involved in attacking play and causing problems for the Eagles.

The Frenchman was unfortunate not to to not earn himself an assist as Gylfi Sigurdsson’s subsequent shot was cleared off the line.

However, the full-back didn’t disappoint after picking his first clean sheet of the season, meaning he totaled six points for the opening weekend.

Defensively, Everton have picked up exactly where they left off from last season.

Since the turn of 2019, the Toffees have now registered 12 clean sheets in 19 Premier League games. In the same amount of time, their Merseyside rivals have recorded less shutouts (nine), despite Liverpool producing the most clean sheets in the league last season.

Everton earned 14 clean sheets in total last season, nine of which were secured at Goodison Park and we’re hoping for another shutout in Gameweek 2.

Marco Silva challenges his previous club this Saturday with a home encounter against Watford. The Hornets took a turn for the worse in Gameweek 1 after an unexpected 3-0 collapse against Burnley.

Despite losing 4-1 against Liverpool, Emiliano Buendía showed encouraging signs on his Premier League debut, no player created more chances than the attacking midfielder at Anfield.

Buendía’s game by numbers against the Reds:

The Argentine demonstrated fantastic vision as he produced a delightful through ball for Teemu Pukki’s first Premier League goal, a move we expect to see a lot more of this season.

A player to watch this season and selected by a mere 0.7% of teams, the winger also looks a good differential.

The Canaries host Newcastle United in their first home game of the 2019/20 campaign and Buendía boasts a great record at Carrow Road.

In the Championship last season, the 22-year-old produced 8 goals and 12 assists in 38 appearances. Of those 20 goal involvements, 14 were created on home turf, which looks inviting ahead of Gameweek 2.

Let’s hope he will build from his last performance.

Before the 1st of June, Roberto Firmino had never won a single trophy in his career. Fast forward two months and he’s now a Champions League, Copa América and Super Cup winner.

In Gameweek 2 we expect Liverpool's magical front three - Firmino, Mohamed Salah, and Sadio Mané - to line-up alongside each other for the first time this Premier league season.

Bobby came off the bench in the midweek Super Cup final against Chelsea and completely changed the game for The Reds, supplying both passes that lead to Mané’s brace.

Considering Fimino played the least amount of minutes on Wednesday night, we’ve opted for the Brazilian international out of that terrific trio ahead of their fixture against Southampton.

The 27-year-old has started the 2019/20 campaign in sublime style, picking up three assists in his first three games in all competitions.

The forward is no stranger when it comes to contesting Southampton either, having provided a goal and two assists in his previous three games; full of confidence, we expect to see the tally rising.

You can always go for the obvious option in Salah, who has never failed to bag against Hasenhüttl’s side. However, fresh legs won’t be on his side after 120 minutes in Turkey midweek.

Here’s to a positive Gameweek 2.