Monday has come around once again and we are in a reflective mood as we digest the welcome return of the Premier League and more importantly, Fantasy Premier League. Hopefully we have all enjoyed a decent start to the season but if not, don’t fear, there are 37 gameweeks left and you can always use your wildcard early on. Here are five things we learned from the opening weekend.

Big Hitters Worth The Money

Raheem Sterling, Mo Salah, Harry Kane, Pierre-Emerick Aubameyang and Sergio Aguero, the five players worth more than £10m in FPL, all scored. Although there are bargains to be had, you simply cannot afford to be missing more than two of these big hitters from your squads, even if it means having to downgrade elsewhere.

Sterling starting centrally with Aguero on the bench makes him a must-have and Salah is still Liverpool’s main man. If you haven’t got those two involved in your squads, you risk falling behind in your leagues as it is likely they will be the two top points scorers come May. Of the premium forwards, Kane looked sharp scoring twice, but I wouldn’t be against giving Aubameyang more time as your premium striker and staying away from Aguero until he gets a run of games in Pep Guardiola’s side.

With Andy Robertson owned by 32%, Trent Alexander-Arnold selected by 24% and Virgil Van Dijk selected by 51%, there were hopes for big points against Norwich. Although Van Dijk scored a header to take his total to eight points and Trent bagged an assist to score five points, more was expected from the trio and Robertson disappointed with just two points.

Their points totals came crashing down in the second half as a lively Norwich side got their reward for their expansive football, with Teemu Pukki finding the net to spoil the Red Men’s clean sheet. Attacking returns are a positive and one game doesn’t mean you should get rid of them by any means, but many were banking on an Anfield shutout here. 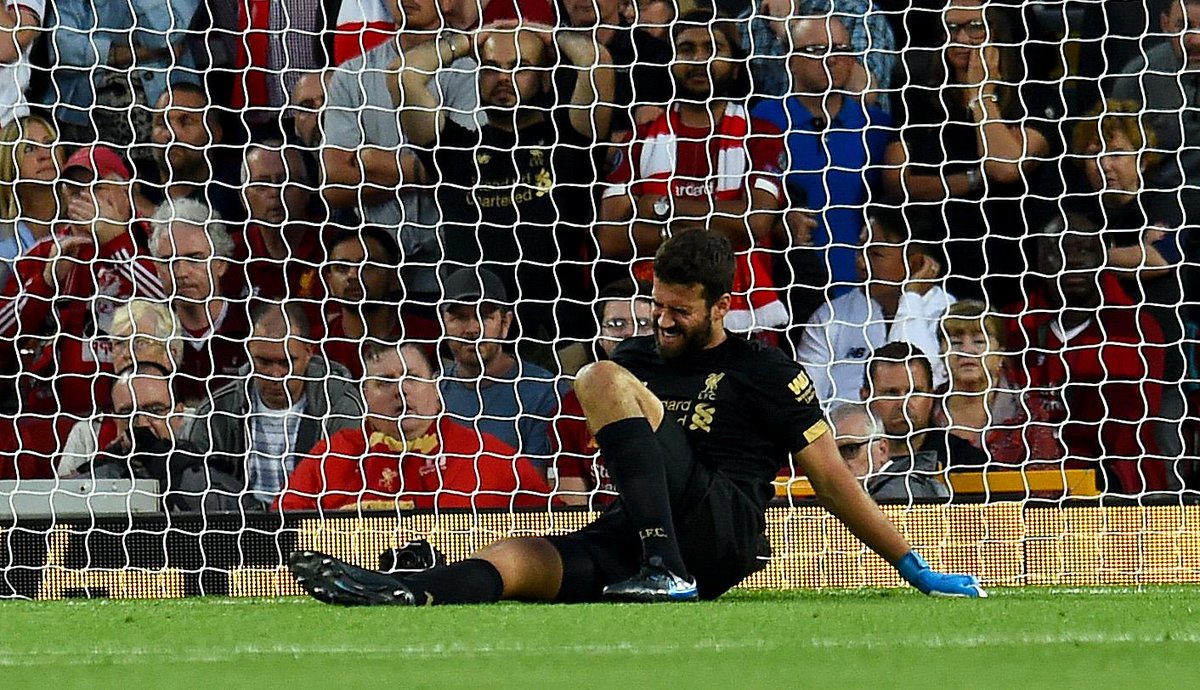 One of the unknown quantities of the Premier League this season were Brighton under new boss Graham Potter but they looked incredibly impressive in their 3-0 win at Watford. Defenders Lewis Dunk and Shane Duffy make for good options once again at the back but it may be worth giving the attacking options more time to settle before investing.

Potter named all of his new signings on the bench for the first game, but do not be surprised to see his first choice eleven emerge over the coming weeks. Promising FPL talents Leandro Trossard and Aaron Mooy, as well as Adam Webster are likely to force their way into Potter’s plans. It would be wise to keep hold of these if you already have them in your squad.

Anthony Martial is listed as a midfielder on FPL and having started and scored whilst playing up front against Chelsea, provides a valuable out of position option. On the same note, Marcus Rashford may have predominantly played from the left, but scored twice and most importantly for us to note, he took United’s penalty, despite Paul Pogba being on the pitch.

These penalty takers are always worth noting but even more so this season with the introduction of VAR. Rashford at £8.5m may be worth investing in whereas Pogba, despite recording two assists may now lose owners at the same price. 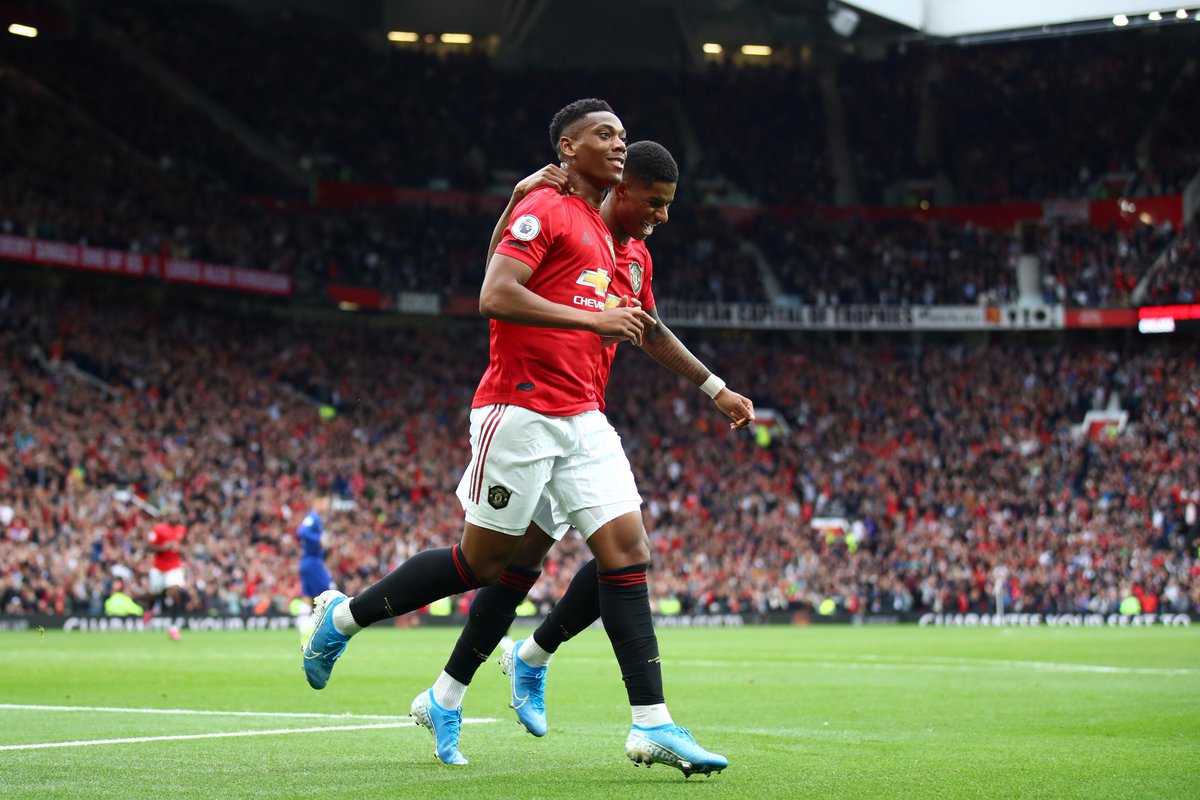 Don’t throw the baby out of the bathwater after gameweek one, unless of course you are missing all of the big names mentioned in the first paragraph. This is one of the most volatile times of year for team selection with managers still trying to work out their best eleven and deal with injuries or lack of match fitness.

For example, Nicolas Pepe, Alexandre Lacazette and Pierre-Emerick Aubameyang will predominantly be Unai Emery’s preferred front three at Arsenal, yet only the latter started for the first weekend. Norwich trusted those players who got them promoted in the first game against Liverpool, but expect new boys Ralph Fahrmann and Patrick Roberts to feature over the next few weeks.

Of course, use your free transfers to get rid of anybody who has little chance of playing, Tammy Abraham’s selection leaves little room for Michy Batshuayi and Olivier Giroud but do not waste valuable points on those players who could come back into contention after an unpredictable first week.

Keep the faith, there is a long way to go.

More
football
FC Pinzgau, The Unique Club Where £380 Gives You A Say In How...
Ever wished you could ask your football club’s winger why he didn’t square it in the last [ ... ]
athletics
Told She Would Never Walk, Wilma Rudolph Became The Fastest...
She was told she would never walk again. Instead she became the fastest woman on the planet. Wilma Rudolph [ ... ]
tennis
Helen Jacobs, The Wimbledon Winner, Gay Rights Champion And...
America in the 1930s was about fighting the gloom of the Great Depression.  The 102 storey Empire [ ... ]
snooker
VR Mishaps, Pig Farms And American Hustles: When Ronnie O’Sullivan...
“Most of them would do well as half-decent amateurs, not even amateurs. They are so bad. A lot [ ... ]
tennis
Rod Laver: The Net-Jumping Genius Federer Considers The Best...
What happens if at first you don’t succeed? Dust yourself off and try again. It took Rod Laver [ ... ]
football
From The Fifth Beatle To El Tel, The Footballers Immortalised...
It’s often said that football and music are intrinsically linked, and who would disagree? Both [ ... ]
boxing
10 Hard-Hitting Trivia Facts You (Probably) Didn’t Know About...
It’s been nearly 45 years since Rocky premiered, and five sequels and a spin-off franchise later, [ ... ]
cricket
World Cups, Podcasts and Panesar: The Sportsman Interviews Alex...
So you think you know your cricket? Well answer this. When did England first win the Cricket World Cup? [ ... ]
boxing
Fighting Mums, Angry Trainers And Broken Ankles: Boxing's Strangest...
Boxing is a sport like no other. Stick two people in a ring, put pride and money on the line, set them [ ... ]
us-sports
Five Stand-Out Stars Who Stole The Show On Netflix's Last Chance...
“I’ll guarantee I’ll rip your f*cking nuts off if you f*ck up in the game on Saturday. [ ... ]
cricket
Better The Second Time Around: The Redemption of Kevin Pietersen
It’s both apt and ironic that Kevin Pietersen, the brash cricketer once known for his fondness [ ... ]
sports
Be Like Lewis Hamilton: The Athletes Who Overcame Obstacles...
“That was close,” Lewis Hamilton gasped, with possibly the world’s greatest understatement. [ ... ]
boxing
Ali’s Communist Twin: The Boxer Who Turned Down Millions To...
Former featherweight world champion Barry McGuigan once said that "Cuban boxers are genetically [ ... ]
boxing
From Pacquiao To Foreman: The Boxers Who Fought Father Time...
Father Time, more so than anyone they share a ring with, is the most challenging opponent any boxer [ ... ]
football
FC Gueugnon, PSG And One Of The Biggest Upsets In French Football...
A $1 billion operation. The most financially powerful club in world football. The possessor of the two [ ... ]
sports
Kevin Garnett, Uncut Gems And The Sports Star Cameos That Don't...
Sport stars making the successful transition from their respective fields to the big screen is nothing [ ... ]
football
Miners To Majesty: Understanding The Brilliance Of The Royal...
Committed, proud, loud and brave. The Royal Blue. They’re coming for you. And what a shade of [ ... ]
football
The Sportsman Interviews Weekend On His Latest Collaboration...
Ninety minutes is usually all that separates the football fan from experiencing the spectrum of emotion; [ ... ]
boxing
The Uncivil War: When Roy Jones Jr. Proved He Was The Best Fighter...
With unmatched hand speed, reflexes and movement that defied all logic and an athleticism that made [ ... ]
boxing
Executioners, Roman Centurions And A Harley: Boxing's Best Ring...
When the theme tune to Star Wars reverberated around Madison Square Garden in 1977 as Muhammad Ali made [ ... ]
sports
Meet The Man Behind The Mouthguard That Tells Your Brain How...
If you have watched a rugby match in the past year or so, you’ve almost certainly seen the work [ ... ]
football
Pulisic, Fernandes And The Premier League New Boys Who Tore...
The Premier League 19/20 is finally wrapped up, the final day of the season duly providing all the thrills [ ... ]
sports
Muhammad Ali, James Bond And A Jetpack: The Best Ever Olympic...
Across all sport, the one event that inspires unity and collectivism are the Olympic Games. The nations [ ... ]
boxing
New Bundini Documentary Shows The True Mastermind Behind The...
History hasn’t been particularly kind to Drew ‘Bundini’ Brown. A difficult man to [ ... ]
boxing
The Mike Tyson Interview: ''Living Takes A Lot Of Courage.''
Mike Tyson’s life has been a well-documented roller coaster ride. A difficult childhood, then [ ... ]
snooker
Booze, Women and Snooker: How Alex Higgins Became The Greatest...
Judd Trump aimed for the pocket of the top-left. A difficult angle but potting the red would allow him [ ... ]
sports
Five Pivotal Moments That Made London 2012 The Greatest Spectacle...
2012 was supposed to be the end of the world, remember? The ancient Mayans predicted a civilization-ending [ ... ]
boxing
Last Round, Folks: When Boxing’s Invisible Champion Was Blitzed...
History has not been kind to Floyd Patterson. Countless world champions have drifted through the annals [ ... ]
cycling
The Music Man And The Machine: When Wiggins And Froome Went...
Brits, find a better sporting highlight reel than that of 2012. We dare you.  Simply put, it was [ ... ]
golf
McIlroy’s Open Victory: When Neither Garcia, Fowler Nor Fowl...
“The Open is the one that we all want, the one that we all strive for and to be able to hold his [ ... ]
This website uses cookies
Cookies help us and our partners provide statistics. By browsing this website, you consent to the use of cookies in accordance with our Privacy Policy and Cookies Policy.
Accept & Close