The United Arab Emirates are in a race to be crowned the sporting capital of the world, hosting growing calendars filled with elite competitions. Throughout the Gulf, stadiums and arenas are rising out of the desert in record numbers - but at what cost and to what end?

Last week, Abu Dhabi, the largest of the seven emirates, staged UFC 242, the first fight night of a lucrative five-year deal between the mixed martial arts promotion and the local Department of Culture and Tourism, a move UFC President Dana White described as "mind-boggling."

“The stuff I’m talking about with these guys [is] crazy. I don’t want to say any of it publicly because we’ve talked to the royal family and their people behind closed doors, so I don’t want to start saying anything until it’s concrete and it’s done. But, when I tell you guys it’s so next-level," said the American at a UFC 242 press conference.

Inside the newly constructed, state-funded UFC arena, Russia's Khabib Nurmagomedov lived up to some of White's hyperbole, cutting off opponent Dustin Poirier's oxygen supply with a rear-naked chokehold, unifying the lightweight titles.

Rockstars The Red Hot Chilli Peppers were flown in to add some flavour to festivities, headlining "an expansive series of lifestyle, retail and culinary promotions" which all involved deemed to be a roaring success.

“Abu Dhabi has been a great platform to show the values of MMA. We have enjoyed hosting UFC 242 and we look forward to 2020.”

The UAE adds UFC to a glittering events calendar already boasting Formula One, ATP Tour tennis and the world's richest horse race - the Dubai World Cup. Alongside their competition portfolios, the Emirates have ploughed millions of dirhams into infrastructure, building state-of-the-art cricket grounds, tennis courts, race tracks and arenas, growing their position and influence in the sporting world. 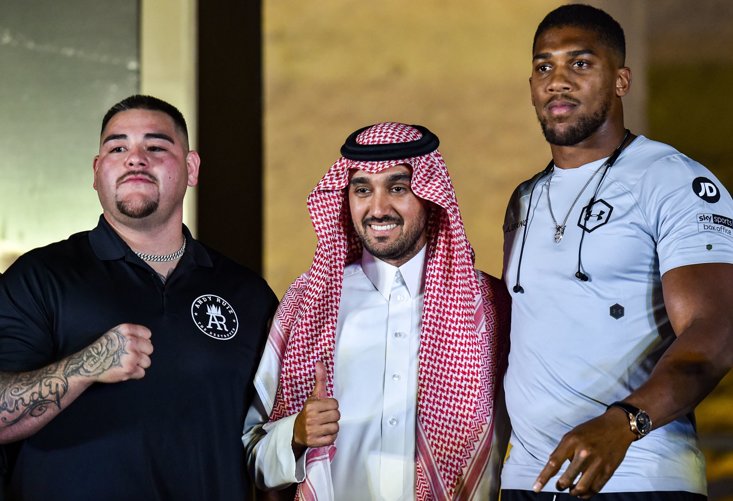 Gulf nation Qatar has pledged nine new football stadiums under its successful bid to stage the FIFA 2022 World Cup. Saudi Arabia is the latest Emirate promising to develop a new venue in the dunes after securing Anthony Joshua's rematch against Andy Ruiz, fending off competition from New York and Cardiff to host the heavyweight unification.

"On December 7 in Diriyah we do it all again for your entertainment in a purpose-built, open-air arena with 16,000 people," said Joshua's promoter Eddie Hearn.

"We love what you are doing here for sport and we love Formula E, we love the European Tour and I think that WWE is great, but there is nothing like the sport of boxing.

The Emirates have also targeted their limitless wealth at European football. Abu Dhabi owns several clubs, including its jewel in the crown, Manchester City, a project that has led to bountiful seasons of silverware that the blue half of Manchester could once only have dreamt of. Some City fans have even paid homage to their owners, turning up on gameday adorned in traditional Arabian attire.

The Arab states have also struck huge sponsorship deals, paying clubs like Barcelona and Arsenal to carry the branding of their respective airlines. It is seldom that a Middle Eastern sponsored stadium or shirt is absent from Match Of The Day.

The oil-rich billionaires from Abu Dhabi, Dubai, Qatar and Saudi Arabia have insatiable appetites for attracting elite athletes and rewarding them with million-dollar prizes, constructing stadiums and race tracks, and brokering lucrative sponsorships with football teams that command global followings.

But what drives the Arab powers to spend their inconceivable wealth on sport? Amnesty International reports the large investments are primarily driven by "sportwashing" - a term used typically to describe states that invest in sporting events and franchises as a means of cleansing their poor human rights track record.

Abu Dhabi, for example, has grabbed favourable headlines in the West, transforming the fortunes of Manchester City. But rarely do we hear about the same government forcibly disappearing individuals who question their authority. 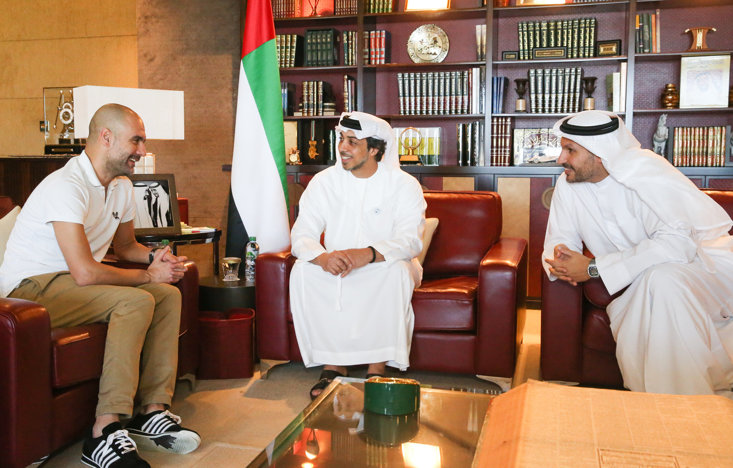 “Our findings indicate an alarming level of exploitation in the construction sector in Qatar. FIFA has a duty to send a strong public message that it will not tolerate human rights abuses on construction projects related to the World Cup."

“The UAE’s enormous investment in Manchester City is one of football’s most brazen attempts to ‘sportswash’ a country’s deeply tarnished image through the glamour of the game,” said Amnesty International’s Gulf researcher Devin Kenney.

"As a growing number of Manchester City fans will be aware, the success of the club has involved a close relationship with a country that relies on exploited migrant labour and locks up peaceful critics and human rights defenders.”

The Abu Dhabi Royal family's latest investment into UFC continues to raise concerns about their motivations amid Amnesty's sportwashing accusations. But money talks and as Dana Whyte stated:

The Middle East as a whole has the power to do whatever they want to do.