Boxing
Features
Bringing Mike Tyson's story to the silver screen is bound to be a knockout blockbuster
Elliott Bretland
16:00, 19 Sep 2020

Mike Tyson is one of the most explosive and enigmatic sportsmen of all-time. His life has been one of monumental ups and crushing downs. From a rough childhood to bursting onto the boxing scene, jail, bankruptcy and the acting comeback that followed, Tyson has always been a fascinating character and now his life is set for the big screen. 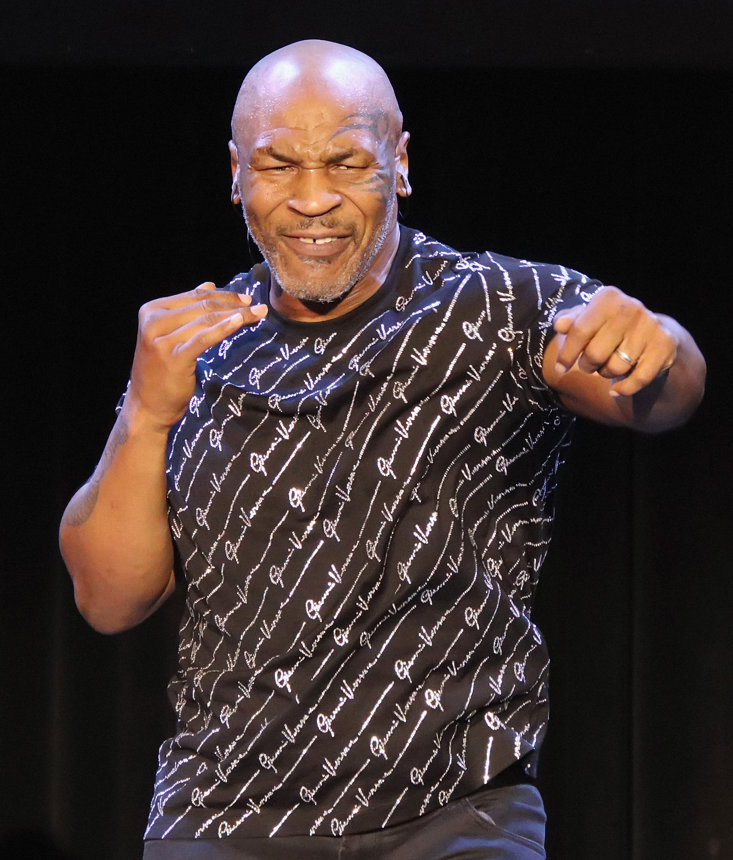 With actor, singer, comedian and television presenter Jamie Foxx (seriously, is there anything he can’t do?) stepping into the shoes of the main man, the American A-lister is a big fan of the brash boxer and is already gearing up to get into role. Info is being slowly eked out about the movie so here is all you need to know so far about the highly-anticipated ‘Finding Mike’ biopic which is certain to be a knockout blockbuster.

Jamie Foxx has wanted to get stuck into this part for a very long time having met the boxing legend in the late eighties at a stand-up comedy show in LA.

With talk of a film starting around 2014, he has finally been able to start the project but it’s not just a case of turning up on set and learning the lines, oh no. To play the role of Tyson, you have to be Tyson, in mind and body.

"It is no secret that I have been pursuing the @miketyson biopic for some time... people always ask me when is it going to happen? Things have finally lined up,” he revealed on Instagram earlier this summer. "A few months ago we started the journey... The first but biggest task is to transform the body with a regiment of pull-ups dips and push-ups we are off to a pretty good start. We have a ways to go but God willing… I shared these early pics of the process... like I said we have a ways to go... But I am prepared to get there!" 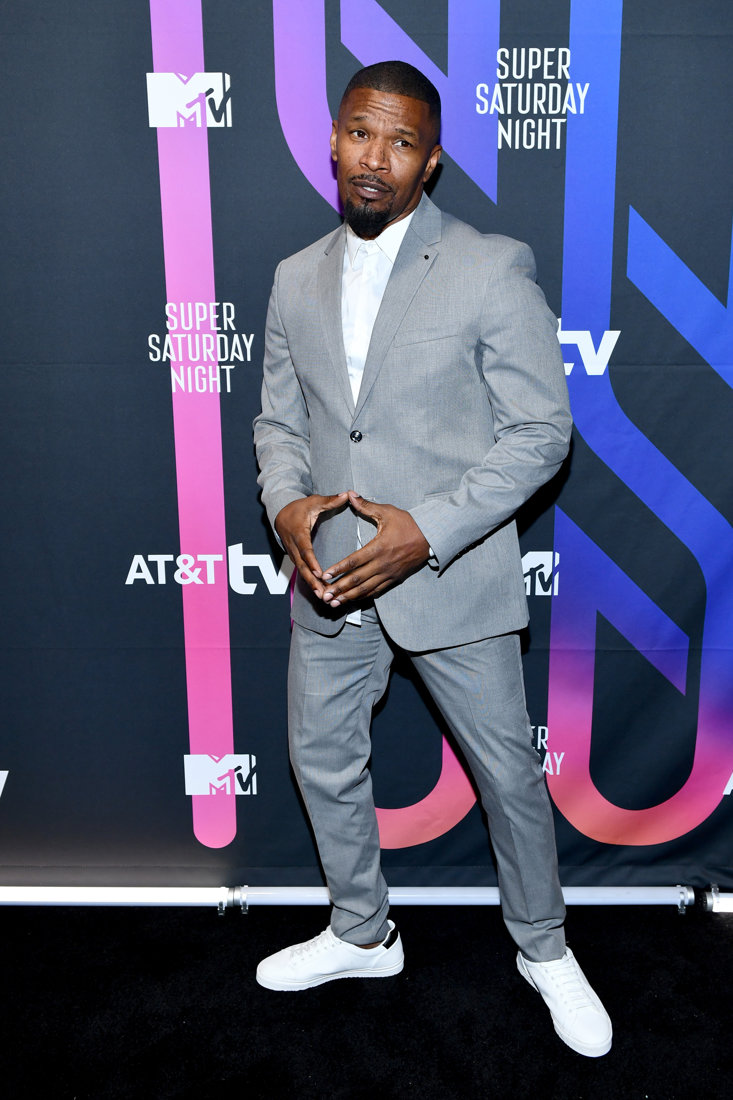 The 52-year-old acting supremo, 18-months Tyson’s junior, has been bulking up for the role. Every other day, he’s pushing himself to the limits. An elder gentleman already in extreme shape, he’s hammering in sixty pull ups, sixty dips and 100 push ups.

Foxx revealed his physique will start at 216lbs, that’s 15st 4lbs, at the start of filming to resemble Tyson’s build which was like solid brick. He’ll continue to build on that as he aims to ‘balloon’ to 230lbs for a look of 250 because as we know, the camera adds pounds!

As yet, Foxx is in the lead role but other cast members are yet to be revealed.

Martin Scorsese, the Hollywood icon behind Raging Bull, the critically acclaimed 1980 sports movie featuring Roberto De Niro, has been rumoured to be in the director’s chair for ‘Finding Mike’.

One review of the 40-year-old hit film said: "Arguably Martin Scorsese's and Robert De Niro's finest film, Raging Bull is often painful to watch, but it's a searing, powerful work about an unsympathetic hero." 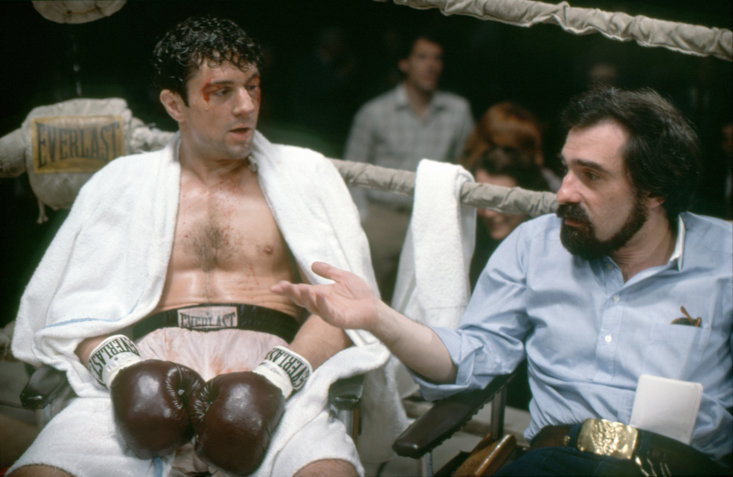 Now 77, it seems Scorsese would be the ideal man to tell the story of Tyson. Having directed Goodfellas and more recently, Wolf of Wall Street, this would be Scorsese’ first boxing move since Raging Bull.

"Martin Scorsese has agreed to take the helm,” Foxx told Showtime’s All The Smoke. “We want to show everybody evolves. Everybody comes from a good or bad place.

“I think when we lay the layers on Mike Tyson in this story, I think everybody from young and old will be able to understand this man’s journey and the way we’ll place it.”

Terence Winter, who worked on The Sopranos and created Boardwalk Empire, was previously linked with writing the screenplay but that has not been confirmed during this year’s teases.

Tyson’s life has been well-documented. He was a world champion at 20 and in later life spent three years behind bars for a rape conviction he has always contested.

It’s unknown at this stage if ‘Finding Mike’ will be a full life story or centre in one aspect of his life. Of course, with the huge popularity of the Rocky franchise, countless Ali films and the rise of boxing as a spectacle in recent years, a film about Tyson must feature him in the ring. 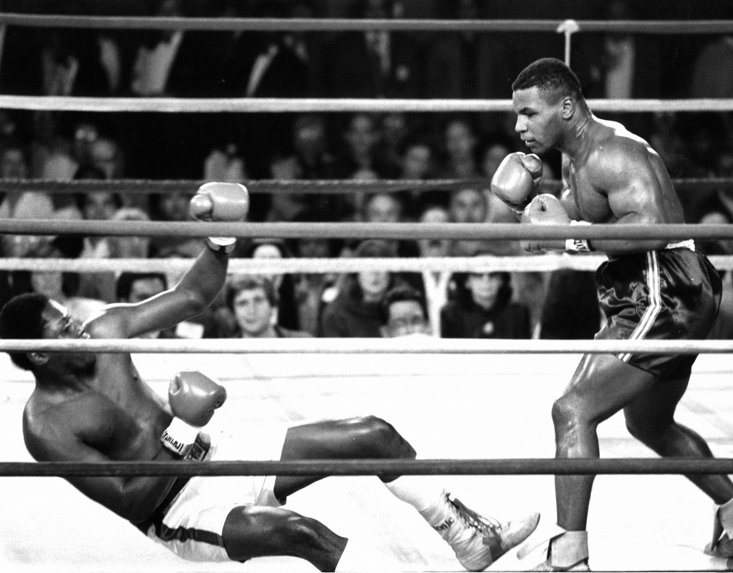 Born in Brooklyn in 1966, his father had left the family when Tyson was only two and ten yeast later he was in a street gang. His early years were tough before he was discovered by legendary coach Cus D’Amato and moulded into a champion. Then there is the man of today, an actor, a showman who performs one man shows and even a cartoon character.

There are many layers to Tyson, but as the film title suggests, some are more difficult to find than others.

“Boxing is such an enigma, as a sport, he told The Sportsman in an exclusive chat earlier this year. “This is what really matters: in two hundred years from now, there will probably only be five fighters that people will remember. That’s what it’s all about. It’s not about having money, about becoming rich. That they won’t stop mentioning your name until the planet’s disintegrated: that’s what this is really about,”

Tyson will be remembered throughout the annals of boxing history, and this film will solidify that and tell more of his story with no dramatic licence needed.

There has been no official confirmation yet, though initial reports suggested the film could be released around mid to late 2021. However, it now seems 2022 would be more likely. Of course, the global Coronavirus pandemic is an ongoing situation and, having halted filming once, further delays could happen. The cost is still unknown but with Foxx at the helm and a stellar cast expected, this won’t be a cheap one.

“That’s going to be pretty wild!” Tyson told the Joe Rogan podcast about the movie being made.

“Jamie Foxx can do anything, right? He’s pretty awesome. We’ll see how it works out. For some reason, they have their Hollywood ways of doing things, they make it Hollywood-ish. 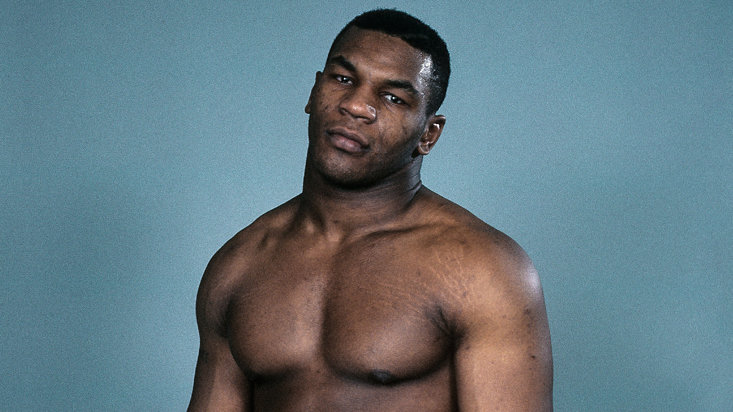 “It’s wild how they switch it. What I realised too, from a Hollywood perspective, some things that are real are just still unbelievable.”

Finding Mike has got the wild seal of approval from Tyson and it has from us too. We can’t wait for this one.

x
Suggested Searches:
Tyson Fury
Manchester United
Marcus Rashford
Lewis Hamilton
F1
Air Jordan
More
football
Sorry Jurgen Klopp, But We're All Very Worried About Liverpool...
The Liverpool manager tried to put a brave face on it at the end but there was no masking the magnitude [ ... ]
tennis
Ken Rosewall Was The Tennis Player Who Set The Bar For The Modern...
Ken Rosewall may just be the greatest tennis player of all time. As Novak Djokovic attempts to defend [ ... ]
athletics
The Great Wall, Las Vegas And The Bucket-List Marathons To Run...
Life in lockdown has proven to be a marathon, not a sprint. It’s been arduous, tiring, frustrating, [ ... ]
football
Spice Boys, Solskjaer And The Great Manchester United-Liverpool...
The rivalry between Manchester United and Liverpool has manifested into a monster in the 21st century [ ... ]
football
After Two Decades At The Top, Jermain Defoe Is Finally On Course...
Bournemouth were down to 10 men. The game was goalless after an hour. Up stepped an 18-year-old from [ ... ]
ufc
Dan Hardy On UFC 257 And Why Conor McGregor Has 90 Seconds To...
After a year out of the Octagon, Conor McGregor returns to the UFC to face Dustin Poirier at UFC 257 [ ... ]
football
The FA Cup Groundsman Sleeping On The Job To Keep The Rams And...
This season’s FA Cup has seen a bit of everything. From Gareth Bale playing in front of fans in [ ... ]
football
From The Sublime To The Ridiculous, The Most Magical Messi Moments...
Lionel Messi conjures up magic every time he takes to the field and his 644 Barcelona goals have been [ ... ]
cricket
England Test Series Win Would Be A Fitting Reward For Their...
England’s Second Test against Sri Lanka in Galle, which starts on Friday, carries with it two [ ... ]
football
The £13m Restaurant And Jet-Set Mishaps Of Ken Bates' Crazy...
Perhaps we should have expected madness all the way when, 16 years ago today, Ken Bates brought the [ ... ]
us-sports
'Mr. Basketball' George Mikan Was So Good The NBA Had To Change...
His dominance on the floor literally changed the sport. He has been called ‘The NBA’s First [ ... ]
football
James Maddison Said It All... Leicester City Are The Neutrals'...
James Maddison stood there, his smile wider than the Atlantic, and talked of racing back to the dressing [ ... ]
boxing
The Day Ali Talked A Suicidal Man Down Off The Ledge Of A Beverly...
Wilshire Boulevard in Los Angeles cuts right through the heart of Beverly Hills. One particularly famous [ ... ]
football
It Is A Miracle Lionel Messi Has Taken 17 Years To React To...
As Lionel Messi trudged off on Sunday, it felt like we were watching the real world in negative form. [ ... ]
football
Liverpool Have Three Weeks To Rescue Their Title Defence After...
It’s Pep Guardiola’s 50th birthday today, and the best gift the Manchester City boss could [ ... ]
horse-racing
Everything You Need To Know About The £5.7m Dubai World Cup...
On 21 January, one of the finest horse racing carnivals in the world kicks off as the Dubai World Cup [ ... ]
football
How Jimmy Hill's Strike Threat Turned £20 Footballers Into Multi-Millionaires
In January 2018, Mesut Özil signed a new contract with Arsenal Football Club. The German midfielder [ ... ]
tennis
The Incredible Story Of Mansour Bahrami, Tennis' ''Most Naturally...
“We are here to entertain,” insists tennis icon Mansour Bahrami. “If you want to be [ ... ]
football
Rafa's Facts, Mourinho's Respect, It's Football's Greatest-Ever...
It was the surest sign yet that Manchester United are back to cause trouble at the top. Jurgen Klopp’s [ ... ]
football
Why Man Utd Remain The Modern Giants, Even If Liverpool Are...
You can tell that football has changed a lot over the past eight years simply from observing some of [ ... ]
motorsport
Elfyn Evans Is Desperate To Make Up For His 2020 World Rally...
“I can’t repeat the exact words and how I felt at the time,” says Welsh rally driver [ ... ]
sports
The Cube, Swingball And The Home-Based Challenges To Get You...
Lockdown is here. Again. Once more the kids are off school and yet again we are left working from home [ ... ]
football
With Nine Teams In The Frame, Could This Be The Most Exciting...
Just four points separate second from seventh in the Premier League table, while leaders Manchester [ ... ]
football
'Big Fish' James Rodriguez Is Exactly Where He Needs To Be At...
James Rodriguez’s career so far has been a great big ‘what if’. Whereas some footballers [ ... ]
sports
''Hold My Beer'' - How Surfer Mikey Wright Leapt Into Action...
“Hold my beer” bellowed Mikey Wright as he tore off his shirt and charged towards the sea. [ ... ]
us-sports
The Headbutts, Fall-Outs And Four-Day Benders That Made Dennis...
They called him The Worm. It may now be over two decades since he last played at the highest level in [ ... ]
boxing
The Skipping, Sushi And 6am Starts Behind Canelo Alvarez's Billionaire...
Saul ‘Canelo’ Alvarez is not only one of the richest sportspeople on the planet, having [ ... ]
sports
Team GB Star Lutalo Muhammad's Guide To Sleeping Like An Olympian
Practice makes perfect, and Olympic athletes spend years honing their craft in pursuit of medal glory. [ ... ]
football
How Cheung Chi Doy Flew Solo To Become Hong Kong's Only European...
Sixty years ago, on 14 January 1961, two teams walked out at Bloomfield Road for a Saturday football [ ... ]
sports
The Top Motivation Tips To Keep Your 2021 Fitness Kick On Course
We are now getting stuck right into January and the new year, and with the first proper weekend behind [ ... ]