Sports
Features
From cricket to boxing, there's plenty out there for sport fans
Kieran Spratt
13:19, 30 Sep 2019

So today is International Podcasting Day apparently. Who doesn't love a podcast, right? We're spoilt for choice right now, with the podcast revolution firmly taking hold. According to the latest figures, there are more than 750,000 podcasts available, with more than 30 million episodes made, covering everything from true crime to cooking.

And there's a whole host of sporting podcasts out there to get your teeth stuck into. Below, The Sportsman have picked out five of our favourites…

Hosted by former-Boxing News editor Tris Dixon, Boxing Life Stories is unequalled when it comes to unearthing the stories behind some of the biggest names in the sport. From the fighters themselves to the promoters and the trainers, Tris’ Life Stories are essential for any fight fan.

The podcast kicked off its second series last week following an incredible debut season that included in-depth one-to-ones with everyone from Joe Calzaghe to Frank Bruno. His two-part interview with heavyweight Richard Towers has been the highlight of the series so far but each episode is rich in boxing anecdotes and can’t be missed. 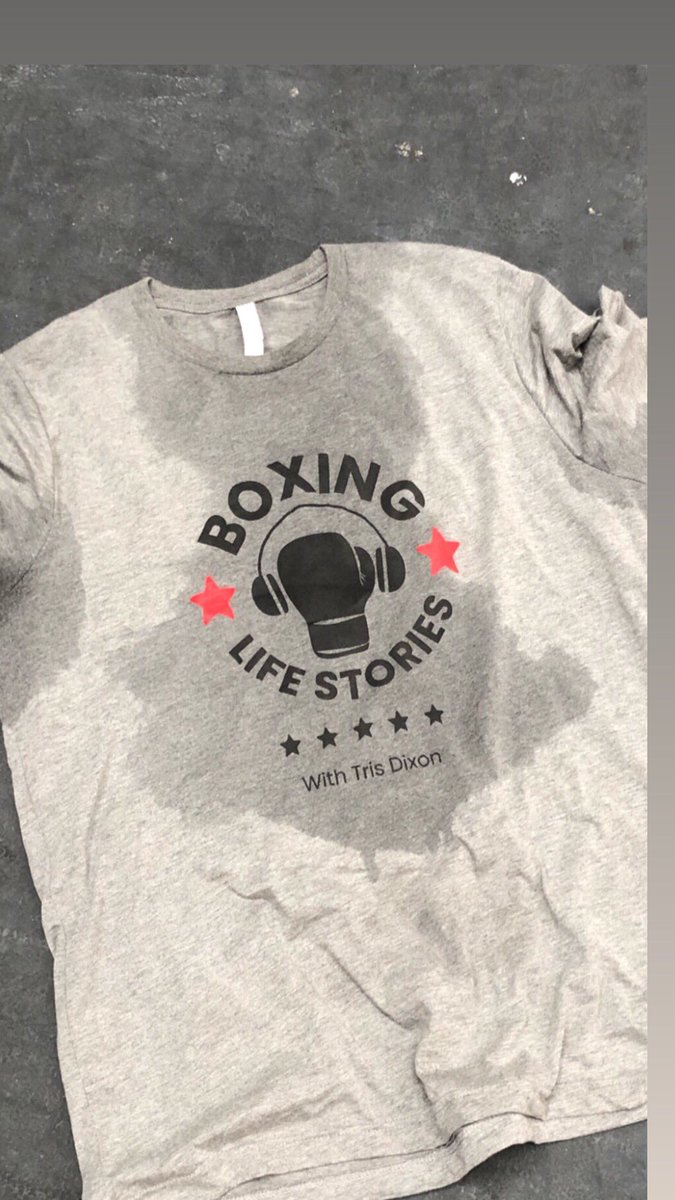 With the Rugby World Cup in full-swing, you might be in the market for a new rugby podcast to keep you in the loop with all things egg-shaped.

The Rugby Pod, hosted by Andy Rowe and featuring former stars Andy Goode and Jim Hamilton, takes a weekly dive into the world of rugby without taking itself too seriously, talking everything from tour stories to what really goes on behind-the-scenes.

Filled to the brim with laughs and opinions, you get the impression The Rugby Pod really is for the fans, by the fans.

After a stunning summer of cricket that included a World Cup triumph and an Ashes series, you could argue that the sport is more popular on these shores than it has been in a long, long time. So what better time to delve into a cricketing podcast?

Debuting in May, Broad & Fry is a new podcast brought to you by none other than England bowler Stuart Broad and the legendary Stephen Fry.

A unique spin on cricket, Broad offers up tales from a long career of tours and Tests and gives fans an encyclopedic knowledge of the sport with the enthusiasm of a lifelong fan.

Broad & Fry is the best cricket partnership outside of Ben Stokes and Jack Leach.

What began as a podcast based solely on football has evolved into something much more since Athletico Mince debuted in March 2016. An often bizarre take on the footballing world thanks to its hosts Andy Dawson and Bob Mortimer, who excels even without the aid of his long-time comedy partner, Vic Reeves.

ShortList
@ShortList
.@AthleticoMince in at number 1, as voted by you. Best comedy podcasts: 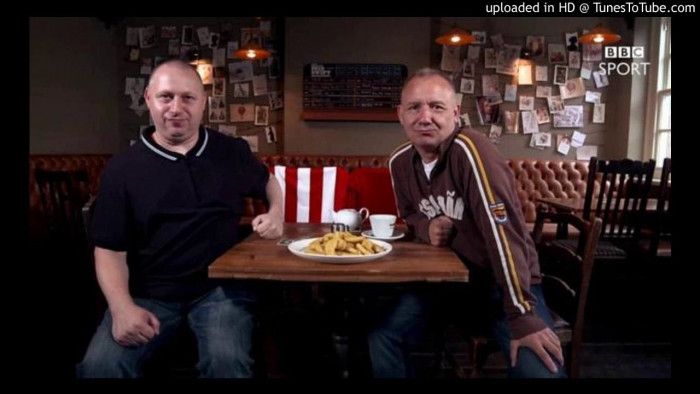 The basis of a film starring Denzel Washington and several books, the tale of ‘The Hurricane’ has, incredibly, never been told in full.

Presented by Steve Crossman, he and producer Joel Hammer reveal 40 hours of unheard interviews with Carter, who died in 2014, and recordings of Vincent DeSimone, the lead detective apparently determined to put him away.

The Hurricane Tapes is a tragic and often heartbreaking story of one man’s fight for justice that is a fascinating listen, not just for boxing fans, but for everyone.

BBC Sounds
@BBCSounds
3 dead. 2 charged. 19 years in prison.
Did they do it?
Listen to The Hurricane Tapes boxset on BBC Sounds 👉
14
29
More
boxing
Pandemonium In Atlanta: The Last Great 15 Round Title Fight
The 1980s was a transitional period for the world of boxing. The fledgling cruiserweight division, inaugurated [ ... ]
motorsport
Finally, The Grown Up Lewis Hamilton We Have All Been Waiting...
“I'm an extremist so I'm either hated or loved.” It’s safe to say the British [ ... ]
sports
Patrick Mahomes, A $503M NFL Deal And The Richest Contracts...
"Chiefs kingdom, you've been with me since the beginning - from rookie year. You helped us [ ... ]
football
Five Bona Fide English Stars Who Plied Their Trade Down The...
Wayne Rooney: record-goalscorer for club and country. At Manchester United, the Croxteth prodigy performed, [ ... ]
boxing
Hypnotists, USB Sticks And A Megaphone: When Boxers Bring Out...
The winners and losers in boxing aren’t always decided in the ring by whomever has the most superior [ ... ]
football
President Vs Player: One Year On From Rebel Rapinoe Being On...
"I'm not going to the f*cking White House. No, I'm not going to the White House. We're [ ... ]
tennis
The Day A Flawless Fred Perry Stormed Wimbledon To Win A £25...
“Packed Centre Court sees strenuous struggles for Championships!’ screamed the Pathé [ ... ]
boxing
Five Unmissable Big Screen Boxing Masterpieces That Aren’t Rocky...
Like almost no other sport, boxing is tailor-made for the silver screen. There’s something in [ ... ]
us-sports
The Luckiest Man On Earth: When Lou Gehrig Bid A Fond Farewell...
In the Friends episode, The One Where Old Yeller Dies, the character Phoebe Buffay (Lisa Kudrow)  [ ... ]
motorsport
Why NASCAR Maverick Wendell Scott's Battle With Bigotry Is As...
It is less than two weeks after the assassination of John F Kennedy. On the dirt oval at the Jacksonville [ ... ]
sports
From Daring Sea Rescues To Shunning Hitler: The Greatest Acts...
Nothing warms the cockles and brings a lump to the throat as seeing, hearing or regaling acts of sportsmanship [ ... ]
football
Sun, Sand And Bicycle Kicks: The World Of Beach Football Deserves...
The dying minutes of the game, down one goal. Former Liverpool midfielder Jamie Redknapp composes himself, [ ... ]
boxing
From Hammering Holmes To Blitzing Berbick: Mike Tyson’s Five...
With a boxing comeback in the pipeline, a hugely popular podcast and a 400-acre cannabis ranch opening [ ... ]
boxing
Cassius Clay vs The United States: The Greatest Fight Of Muhammad...
On June 20 1967, it took an all-white jury just 21 minutes to find Muhammad Ali guilty of draft evasion. [ ... ]
boxing
Assault In The Ring: The Dirtiest Boxing Match In History
On June 28, 1997, Mike Tyson and Evander Holyfield shared arguably the most infamous night in boxing’s [ ... ]
sports
The Sportsman Interviews Anthony Curcio, Football Player And...
Anthony Curcio is the world’s nicest bank robber. Friendly, talkative and generous with his time, [ ... ]
football
From Van Basten's Volley To Müller Magic: When The Olympiastadion...
It has been 15 long years since a football was kicked at the Munich Olympiastadion in official club [ ... ]
tennis
History Makers, Record Breakers And Pimms: Why Wimbledon Is...
Weep in the realisation that this should have been the week of Wimbledon, arguably the most anticipated [ ... ]
boxing
From Knocking Out A Horse To Missing Gold Medals: Five Of Boxing's...
Boxing has had its fair share of pieces of folklore since the introduction of the Queensberry Rules, [ ... ]
boxing
Joe Louis, The Third Reich And The Most Politically Charged...
On June 22, 1938, with the world on the brink of war, two boxers from opposite sides of the Atlantic [ ... ]
motorsport
Fighter Pilot, Racer, Transgender Pioneer: The Brave Life Of...
Robert Cowell was naturally left-handed but forced to use the right at a young age. The child of a decorated [ ... ]
boxing
Blood, Guts And Determination: Remembering Lewis And Klitschko's...
After 44 fights, 41 victories, 32 knockouts and three heavyweight championships, on June 21, 2003, Lennox [ ... ]
boxing
The Brawl In Montreal: Sugar Ray Leonard’s Rude Awakening At...
Four decades ago, when the ink had dried on Sugar Ray Leonard’s contract to face a Panamanian [ ... ]
football
The Danish Club Giving Locked Down Fans The Ultimate Virtual...
English football fans got their first taste of the ‘new normal’ this week as the Premier [ ... ]
mma
Prevention Better Than Cure - Confronting Head Trauma In MMA,...
Oh, the ignominy. ‘Baby’ Jay Dee ‘The Prodigy’ Penn, an inspirational martial [ ... ]
sports
From Keano Vs Big Mick To Chicken Wing-Gate: When Players And...
The wonders of the modern world: the Taj Mahal; Kiyomizu Temple; Fenway Park. The home of the Boston [ ... ]
football
Henry, Rodgers And Klopp: Remembering Liverpool’s Love Affair...
“We're here to win,” declared Mr. John W. Henry, in November 2010.  The Liverpool [ ... ]
golf
Flying Kicks, Epic Insults And Hilarious Advice: The Very Best...
“He is who he is. You can ask him about anything and he’s never going to short-change anybody. [ ... ]
motorsport
James Hunt: The Motorsport Maverick With The Playboy Persona
James Simon Wallis Hunt was born on August 29 1947 in Belmont, Surrey. The seventh British man to win [ ... ]
football
The Wrath Of Oliver Kahn: Germany's Greatest (And Angriest)...
'Der Titan'. 'Vol-kahn-o'’.  In order to get on his good side, we’d [ ... ]
This website uses cookies
Cookies help us and our partners provide statistics. By browsing this website, you consent to the use of cookies in accordance with our Privacy Policy and Cookies Policy.
Accept & Close