2012 was supposed to be the end of the world, remember? The ancient Mayans predicted a civilization-ending winter solstice that coincided with another prophecy about the mysterious Planet Nibiru thundering into Earth. As it turned out, Nibiru didn’t exist and the Mayan’s were about as good at prophecies as they were fighting the Spanish. However, for the United Kingdom, the 2012 Olympic Games  was the beginning of a brand new sporting world which eventually created more UK household names than the total number of competing nations.

It was a glorious time to be British, and once Bond had bundled the Queen out of the plane we were underway on an almost unstoppable medal assault, bagging 65 in total including 29 gold, making it our most successful outing since the 1908 games at the White City Stadium in Shepherd’s Bush (now you know why the tube station and surrounding area is called White City).

Here then, are five pivotal moments that made us, for one glorious year, the finest sporting nation on the planet. 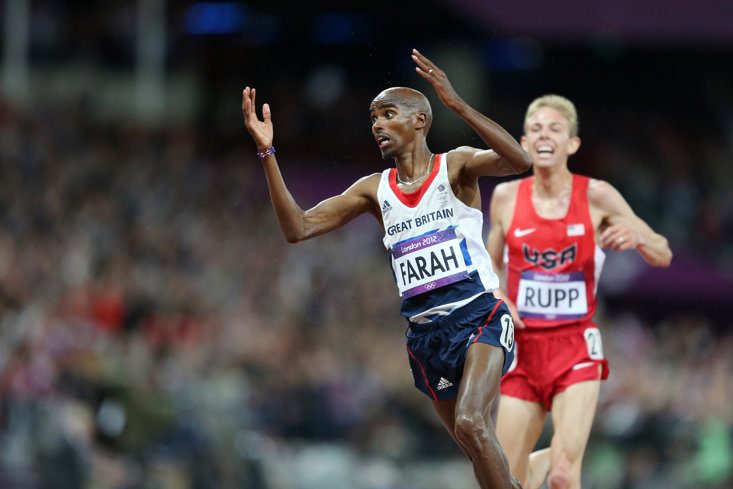 There was only one place to start really, wasn’t there? The day the UK won six gold medals, half of which were within less than a space of an hour.

Forty-seven minutes. That’s less than the time it takes to watch an episode of Game of Thrones. But at the end of that three-quarters of an hour, Jessica Ennis had won the heptathlon, Greg Rutherford had out jumped everyone on the long jump, and Mo Farah had become the Mo-Bot.

If the London Olympics could be personified in a single figure, it would be Ennis. With a score of 6955, she came ridiculously close to the holy 7000 mark that has only ever been accomplished by three female athletes before her, but smashed her British record by 49 points. Her nearest rival, Lilli Schwarzkopf of Germany was a massive 306 points behind with 6649.

Ennis was supported by a ridiculously talented, almost peerless ensemble. Mo Farah was truly the people’s champion as he crashed through a tsunami of support finally accelerating into the lead with just 500m to go, to become the first British man to ever run the 10k to gold, but Rutherford’s story was equally incredible. Four years prior, Rutherford had finished tenth in Beijing and had considered leaving the sand-pit. Thank goodness for Greg as those plans were put to one side, he produced a fourth-round gold-medal winning jump of 8.31m in the English capital, to become the first British top podium-placer in the event in almost half a century, since Lynn Davies in 1964. All the more incredible considering his lack of sleep, having gone to bed well after midnight, stayed awake restlessly, and eventually conceded his attempts to enter the land of Nod by taking a walk around the Olympic Village at 5:30am.

“I always said to you guys (the press) I could do it, but I’m not sure many people really believed it,” he said to the slightly sheepish media crowd afterwards. 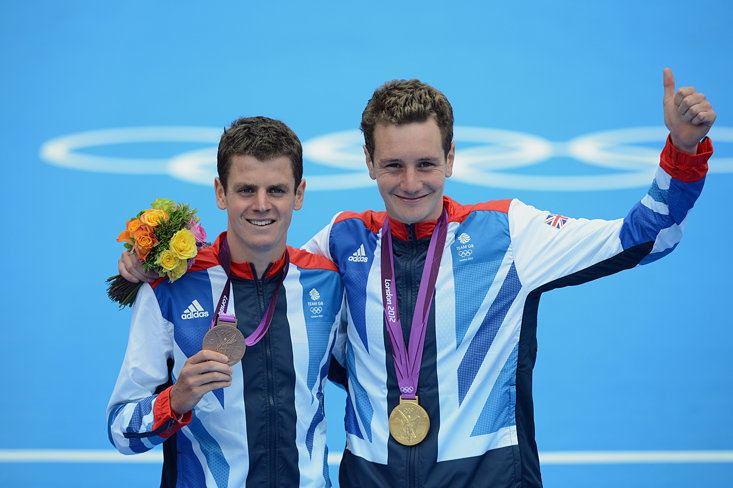 After ‘12, add West Yorkshire fantastic triathlic duo Alistair and Jonny to the list after the Brownlees dominated the podium after the gruelling triple event. Though the younger Jonny was hit with a 15-second penalty on a technicality in his transition between the swimming and cycling, having his older bro there allowed the paid to brilliantly execute a tactic his brilliantly allowed him to medal-grab.

Alistair set the pace on the first two laps of the 10k run, in order to distance the majority of the pack - it was a pace only Jonny and the world champion Javier Gómez could keep up with. Alistair won gold, and the brothers’ tandem tactics brilliantly allowed Jonny bronze. 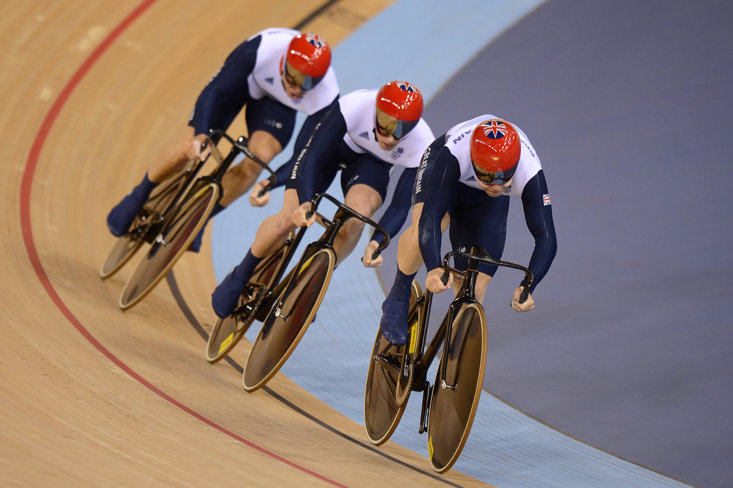 Over the past decade, there is no other sport that the UK has excelled in more than cycling. In 2012, Team GB won eight gold medals across the disciplines: no other nation won more than one at the Games.

Less than a month after becoming the first British man to win the near-century old Tour de France, Bradley Wiggins sped past Luis León Sánchez in the time trial on his way to yet another gold and a meeting with the Queen. Another knight of the realm, Chris Hoy, brought the house down and, storming the keirin, produced not just his sixth gold medal to become Britain’s most decorated Olympian but tears of joy, congratulated by an ecstatic Laura Trott, who had just bagged her second of the event. Mr Trott, Jason Kenny, beat France's Grégory Baugé 2-0 to win gold in the men's team sprint at the velodrome, while Victoria Pendleton pedalled her way to adding another to the burgeoning Scrooge McDuck-level gold collection with success in her own keirin, and brought and end to her brilliant career with silver in the sprint. 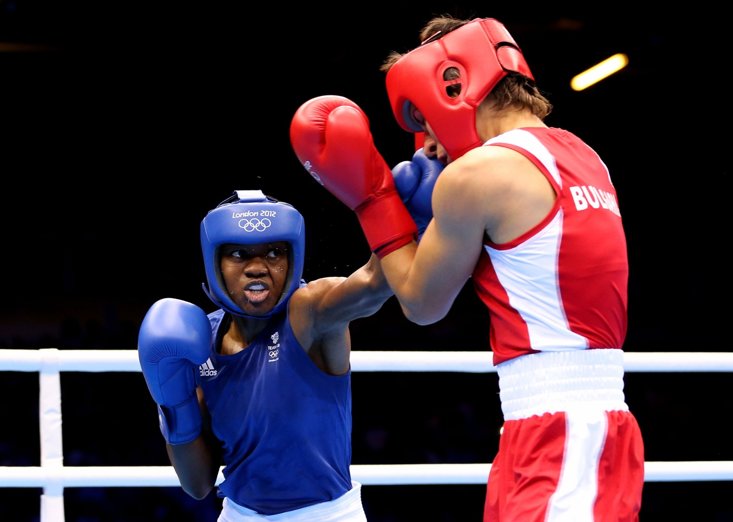 Exactly one week after Super Saturday, the Brits weren’t finished. It was almost like a reward after the working week. In the red corner: Jade ‘The Headhunter’ Jones, dominating taekwondo. In the blue corner: Nicola Adams boxing and blasting her way to victory.

Participating in the women's 57 kg weight category The Headhunter beat Hou Yuzhuo of China six points to 4, to become the first Briton to win a taekwondo gold medal and was subsequently voted BBC Wales Sports Personality of the Year 2012.

A new event at the games, Adams became the first woman to win an Olympic boxing gold medal by beating the three-time world champion Ren Cancan in the flyweight, flooring the Chinese (China again) at one point, to take an emphatic 16-7 victory.

"It hasn't sunk in yet," Adams answered when asked if she could of course describe the feeling that she was truly a history-maker. "Maybe later, when I might even have a few drinks … Why not, eh?"

The Win at Wimbledon: Murray 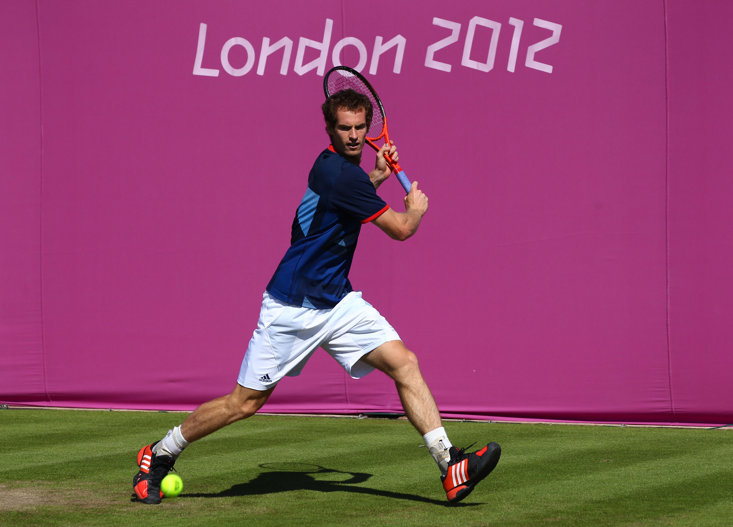 A men’s champion! At Wimbledon! And he did it by defeating the world’s greatest ever tennis player, the legendary Roger Federer.

Andy Murray was carrying the weight of expectation of a nation on his back and with every swing of his racquet, every ace, and, of course, every fault. On top of that, Federer had been his conqueror in The Championships final just a month before, when Murray had become the first British male to reach that mark since the pre-war Bunny Austin. Federer was once again all that now stood between Murray and gold, but the Scotsman, riding the crest of the cheering crowd, expelled the past, tearful defeat, and prevailed over the Swiss in straight sets, 6-2, 6-1, 6-4.

Of course, Murray wasn't quite finished at the All-England Club...