Boxing
Features
We take a look at five overlooked boxing classics you might have missed…
Kieran Spratt
16:00, 05 Jul 2020

Like almost no other sport, boxing is tailor-made for the silver screen. There’s something in hitting the canvas and pulling yourself back up again that mirrors reality better than any other pastime. To quote the great Rocky Balboa; “The world ain't all sunshine and rainbows. It's a very mean and nasty place, and I don't care how tough you are, it will beat you to your knees and keep you there permanently if you let it.”

There’s also a beautiful brutality to boxing that lends itself to the big screen better than most sports. Take the Martin Scorsese masterpiece Raging Bull for instance - the opening sequence showing Robert DeNiro’s Jake LaMotta shadowboxing in the centre of the ring to Pietro Mascagni’s Cavalleria Rusticana, is quite rightly considered one of the most wonderfully crafted shots in the history of cinema.

But there’s more to boxing films than just Rocky and Raging Bull. There’s a whole world of hidden boxing gems out there beyond these two, Academy Award darlings like Million Dollar Baby and The Fighter, and blockbusters like Southpaw. Below we take a look at five overlooked prizefighter classics you might have missed… 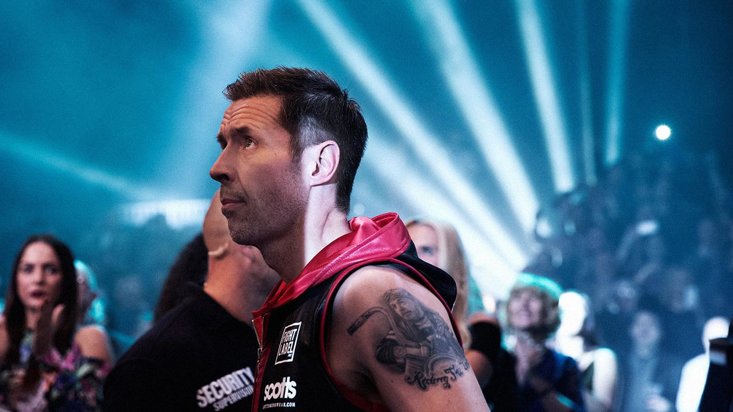 Written, starring and directed by Paddy Considine (Dead Man’s Shoes, Tyrannosaur), this British indie could be one of the best boxing films in recent memory. Journeyman chronicles the life of British middleweight champion Matty Burton, who, on the verge of retiring from the sport, collapses after a particularly punishing final fight. Waking from a coma, the film shows his and his family’s personal struggle as he rebuilds his life again.

Boxing films have rarely captured the effects boxing can have on a fighter, and this heart-breaking tale of one fighter’s battle with CTE is a stark reminder of how cruel this sport can really be. 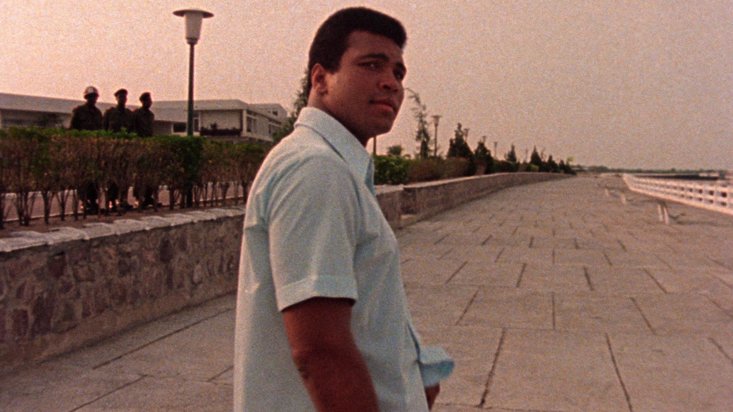 Leon Gast’s Academy Award winning documentary is the best boxing documentary ever made. Period. This iconic doc gives viewers unprecedented access behind-the-scenes of Muhammad Ali’s famous ‘Rumble In The Jungle’ with George Foreman in Zaire in 1976, and provides fight fans with Muhammad Ali at his very best, in and out of the ring.

The Rumble In The Jungle is one of the most fascinating boxing matches ever and the fight is only a small part of a much bigger story - Zaire’s ruthless military dictator President Mobatu, the wacky-haired Don King and a music festival featuring some of the biggest black performers in the world, such as James Brown, B.B King and The Spinners, all come together to form one of the most important moments in boxing history. 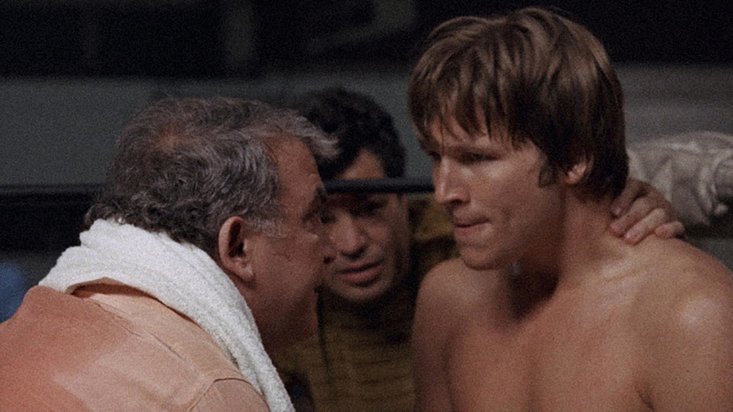 This criminally underrated boxing drama from Maltese Falcon director John Huston portrays the contrasting ups and downs of a once promising fighter (Stacy Leach) whose career is on the slide and an upcoming prospect (Jeff Bridges).

Based on Leonard Gardener’s classic novel, Fat City is a stunning examination of a boxer’s dreams of a better life well within his grasp. Moving and often funny, Fat City boasts one of the best screenplays ever seen in a boxing movie, and Keach and Bridges both put in incredible performances. There’s a reason Fat City holds an unblemished 100% rating on Rotten Tomatoes. 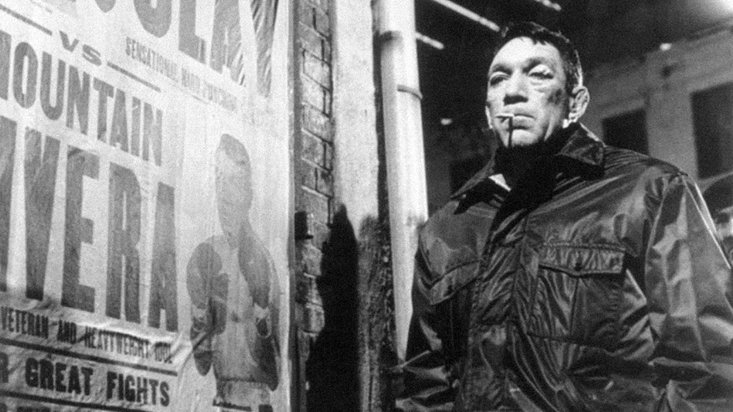 Requiem For A Heavyweight is a bona fide boxing classic, jam-packed with Hollywood royalty such as Anthony Quinn, Jackie Gleason and Mickey Rooney.

Quinn stars as Luis ‘Mountain’ Rivera, a heavyweight whose career is destroyed when he’s badly beaten by Cassius Clay (starring as himself, two years before he changed his name to Muhammad Ali) - this defeat is made worse when he finds out his manager (Gleason) had bet everything he had on the ‘Mountain’, causing both to run afoul of the mob.

Nearly sixty years after its release, Requiem For A Heavyweight remains a gritty classic of the genre and still stands as powerful as ever. 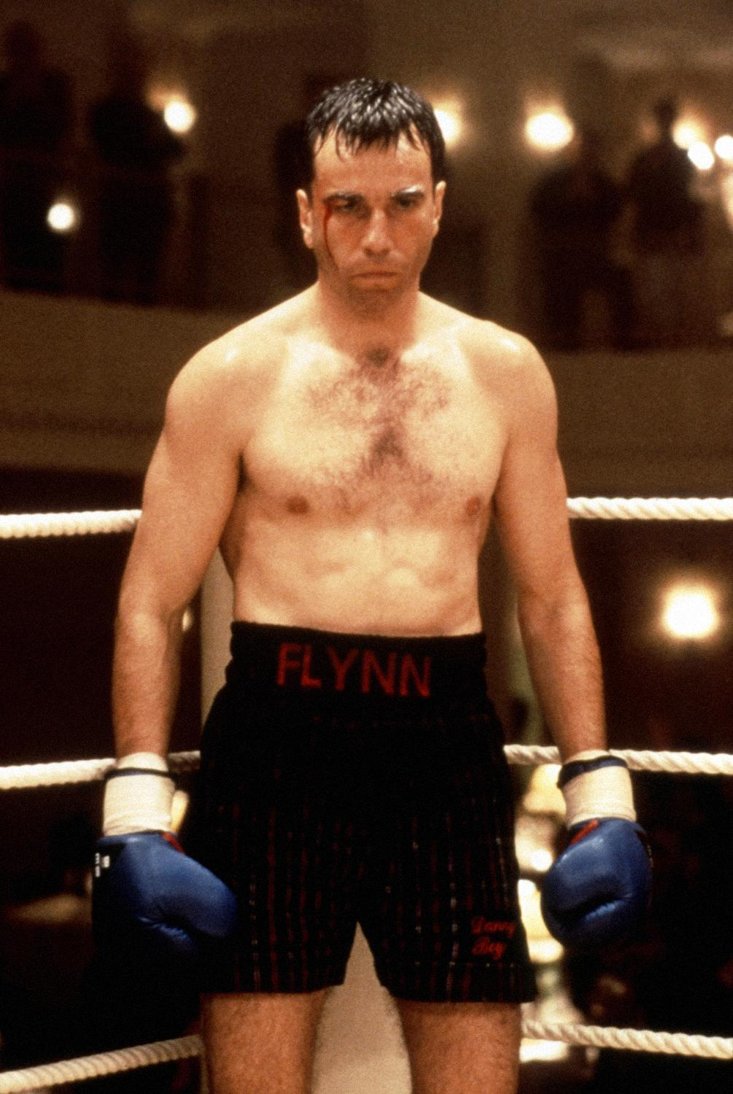 Daniel Day Lewis is a name synonymous with acting excellence, so it will come as no surprise that his turn as a prizefighter in The Boxer is one of the silver screen’s very best. Set in Belfast, the story follows Danny Flynn, a boxer and former Provisional IRA member, who after a 14-year stint in prison aims to “go straight”.

Testament to his dedication to preparation for a role, Day Lewis spent an entire year training as a boxer in Ireland to play Flynn and as a result brings to life one of the most authentic fighters to ever grace the big screen. The Boxer is an emotional tour de force that shouldn’t be missed.