Gareth Southgate has announced his latest England squad for this month’s Euro 2020 qualifiers against the Czech Republic and Bulgaria, which means we’re heading for an international break.

Before the pause in proceedings comes Gameweek 8, and we’ve highlighted a few key points.

Injuries can leave you in a volatile situation in FPL.

Really consider your options advancing into the weekend, two free transfers will put you in a greater position following the international break, especially if you don’t possess a Wildcard to deploy.

Managers will cast their doubts over Teemu Pukki having taken his foot off the gas ever since GW5 and this might just be his last chance before we pull the plug.

It’s difficult to comprehend the £7.2m price tag when you consider that the Finnish international is selected by over 44% of teams and has only recorded four points combined over the last two gameweeks.

Pukki’s funds could be deployed elsewhere on the likes of Callum Wilson for example, with the Bournemouth front man having produced 26 points over the last three games and registered a goal or assist every week since the start of the season. Wilson is selected by just 11.8% of teams and only costs a further £0.7m more than Norwich’s No.22.

However, Daniel Farke’s side faces Aston Villa at home this Saturday and Norwich’s top goalscorer has recorded double-digit returns in every fixture at Carrow Road so far this campaign, tallying 40 points in total.

The Canaries host a Villa team who are yet to maintain a clean sheet on their travels this season, conceding seven strikes in three games.

With all this in mind, this is the perfect opportunity for Pukki to prove himself before managers start to make movements. 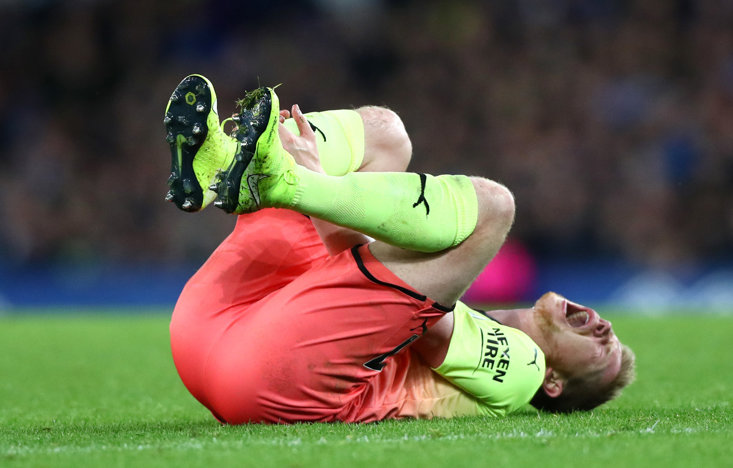 Since signing for Manchester City, Riyad Mahrez has been largely affected by ‘Pep Roulette’. However, with 180 minutes under his belt since City’s 8-0 victory over Watford, another 90 minutes seems more likely following Kevin De Bruyne’s groin injury.

With an incredible 25 points over his last two games, the Algerian winger has really caught our attention.

Since GW6, the 28-year-old has been a real attacking threat, recording the most shots on target and the joint-second most chances created.

Selected by just 5.8% of teams, Mahrez makes a great differential and looks good value for money at £8.6m if he can solidify an extended run in the team.

Tottenham oppose Brighton and Watford in their next two fixtures, making Heung-Min Son hard to disregard as a straight swap for KDB.

Over his last four gameweeks, Son has gained attacking returns in each of Spurs’ fixtures and hit a midweek strike against Bayern Munich in the Champions League on Wednesday.

The South Korean has been playing in a more advanced role under Mauricio Pochettino and we expect the attacking returns to keep flooding in.

HUDSON-ODOI PLACED ON THE WATCHLIST

Since returning from injury, Callum Hudson-Odoi has produced one goal and two assists in 140 minutes of football across all competitions.

The teenager is gradually returning to peak fitness and looks set for more game time with Christian Pulisic looking firmly out of the picture for the time being after his exclusion from Chelsea’s Champions League squad against Lille.

Taking into account the minutes Lampard has offered youth players this campaign, Hudson-Odoi is one to keep an eye on, especially considering his £5.9m market value and the low percentage of teams who have selected him.