Sports
Features
These are the most expensive sports souvenirs to ever go to auction
Kieran Spratt
09:00, 15 Jun 2020

On June 19, 2019, a rare game-worn shirt from the Sultan of Swat himself, Babe Ruth, sold for an eye-watering $5.64 million - the priciest piece of sports memorabilia in history. With a pair of original, and signed, 1985 Nike Air Jordan 1s selling at an auction for $672,000 last month, we decided to find an answer to what, alongside Ruth’s jersey, are the most expensive items of sports memorabilia ever?

From Canadian icons to baseball cards, here are the priciest pieces of sporting souvenirs… 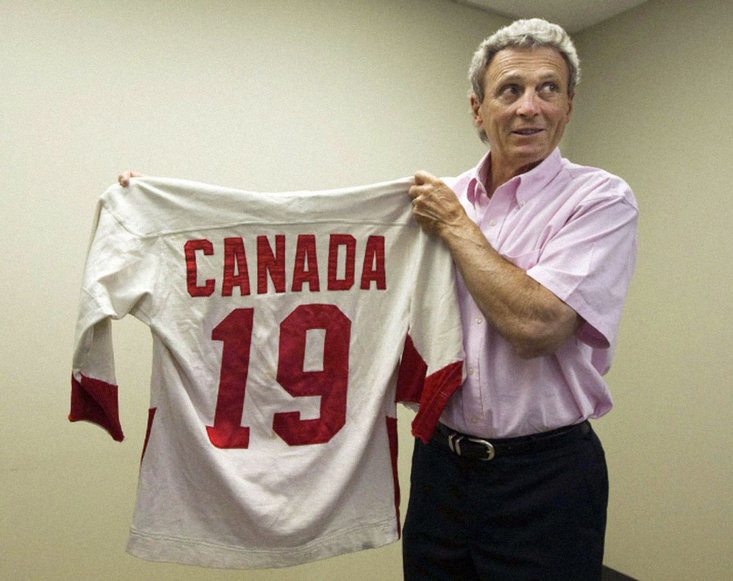 Paul Henderson’s name might not be on the lips of even the most avid sports fan but over in Canada he’s a cultural behemoth.

Back in 1972 the North Americans and the USSR were undoubtedly the two best ice hockey teams on Earth and that year a ‘Summit Games’ was introduced, an eight-game series between the two nations to discover once and for all who were the true kings of the rink.

The USSR took a 3-1 lead, with one draw, but, in one of the greatest sporting comebacks of all-time, the Canadians won the last three contests to take a 4-3-1 win in the series. Henderson scored the winning goals in the sixth, seventh and eighth games, the last of which came 34 seconds from time.

The jersey Henderson wore that day was auctioned off in 2010 for $1.275m, more than any other hockey jersey in history. 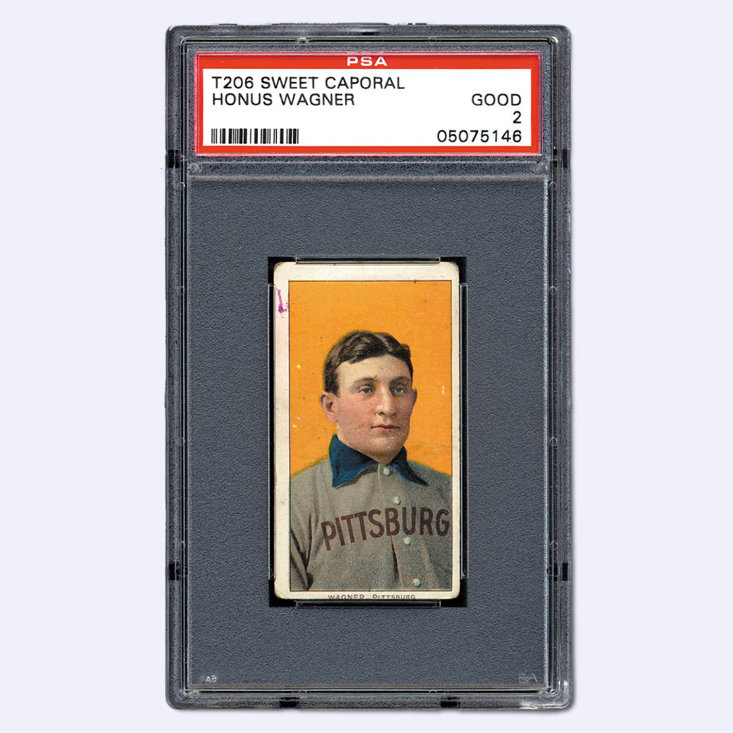 While the Brits have their much beloved Panini stickers, across the Atlantic, baseball cards remain the predominant pastime. You’ll never see a Panini sticker sell for nearly $3m, though, no matter how shiny.

In baseball, Honus Wagner is widely considered one of the greatest players to ever pick up a bat. Nicknamed ‘The Flying Dutchman,’ Wagner played for 21 years for the likes of the Louisville Colonels and the Pittsburgh Pirates and was one of the first five baseball players to be inducted into the sport’s Hall of Fame in 1936, alongside the aforementioned Ruth.

The Honus Wagner 1909 baseball card rocketed in value when Wagner refused the makers, the American Tobacco Company, to feature him, as he didn’t want children to smoke, consequently making the card increasingly rare. A mint condition 1909 Wagner card sold for $2.8m in 2007. Imagine the Panini stickers you could buy with that! 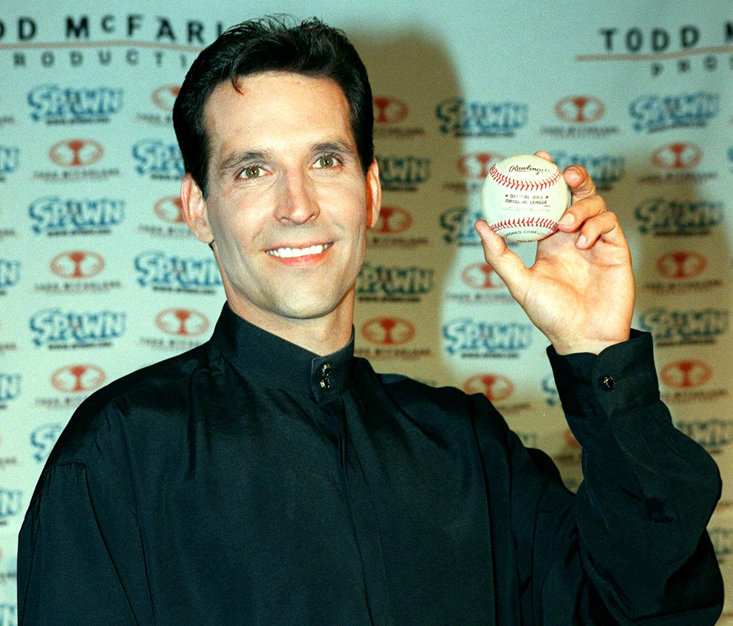 When Bart Simpson confronted Mark McGwire on why Major League Baseball were spying on him and the rest of Springfield, McGwire famously responded: “Do you want to hear the terrifying truth... or do you want to see me sock a few dingers?”

Fortunately, the conundrum of how one of McGwire’s balls sold for a mighty $3m in the late nineties is a little less conspicuous than that. Mark McGwire set the record for the most single-season home runs in history with 70 in 1998, smashing the previous record of 61. ‘Big Mac,’ a 12 time All-Star and two-time World Series winner, set countless records across his 16-year career but it was his 70th homer that proved the most fruitful. 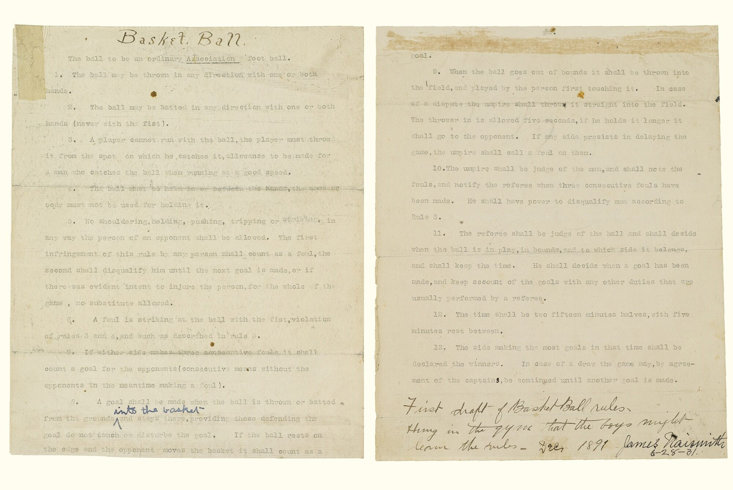 When Candian-born physician James Naismith moved from Montreal to the US in 1891 to work as a teacher, he began developing the sport of basketball into what we all know and love today. In that same year, he published the sport’s first rules.

Considered the architect of basketball, Naismith’s guidelines would sell for a whopping $4.3m in 2010 and remains the second most expensive piece of sport memorabilia ever. It’s not the only rule book to sell for an incredible sum of money, the Sheffield Football Club Rules, Regulations and Laws, believed to be the first official football rules ever drafted, sold for £940,000 in England in 2011. 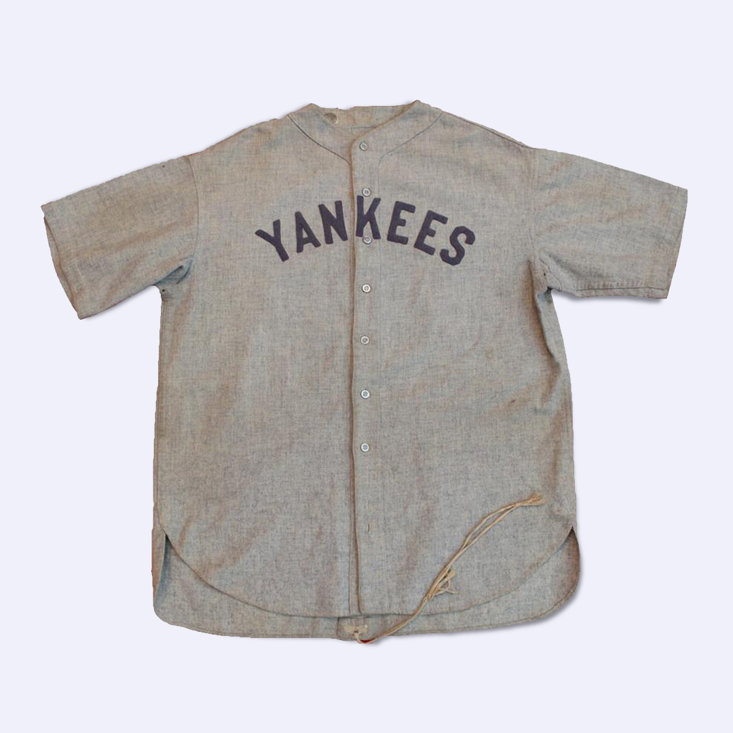 Babe Ruth broke almost every record in baseball going during his Hall of Fame career, so the fact he also tops the list of highest selling pieces of sport memorabilia should come as no surprise - in fact, Babe Ruth souvenirs make up seven of the top twenty auctioned off in history.

Set in 2012 and regarded as ‘the most desirable baseball artifact’ in history, Babe Ruth’s 1920 jersey sold for such a high price because it is believed to be the oldest New York Yankees jersey to ever adorn the baseballing great. In 1920 ‘Bambino’ was at his absolute prime, setting a home run record that wouldn’t be eclipsed for over four decades.