With the release of the 2020 instalment of Football Manager on the horizon, it won’t be long until we’re logging on to our laptops in our pants, deciding which team we want to take to domestic and European glory and keeping our eyes peeled for the next wunderkind worth breaking the bank for.

Through the history of Sports Interactive’s terrifyingly-addictive football management series, a whole host of highly-touted youngsters have been and gone, some with more success than others. Below we take a look at five of Football Manager’s best young talents…

Arguably the most famous of any Football Manager wonderkid, it didn’t really work out for the American midfielder who was once dubbed “the new Pele.”

Back on Football Manager 2007, Adu, then at MLS side DC United, was considered one of the game’s best players (providing you could sort his bloody work permit) and cost a mere £200,000.

It didn’t work out for the Ghana-born player in real life despite early promise which saw him become the youngest athlete ever to sign a professional contract in the US, and both the youngest player to appear and score in the MLS.

Now, Adu has played for fourteen teams in eight different countries and his last, a fourteen-game spell with the Las Vegas Lights, came to an end in 2018. 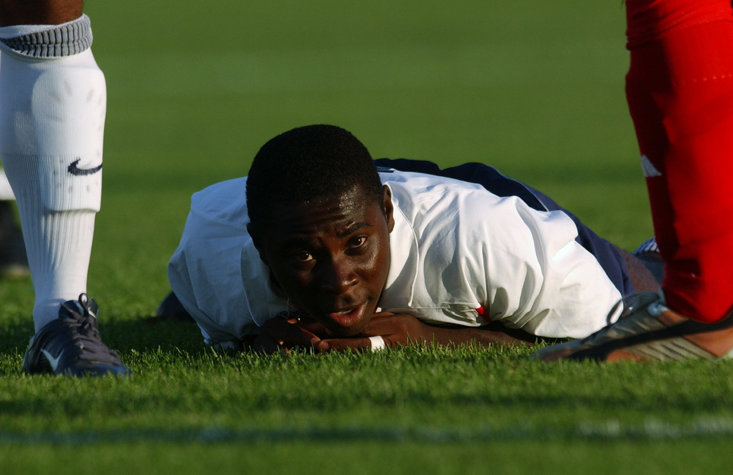 Another Football Manager legend that didn’t quite live up to the hype he’d acquired as a youngster, although he fared much better than Adu.

Beginning his career by breaking through the youth system at Barcelona, at 17 years and 19 days old he made his debut with the Catalan side, breaking the record previously held by Lionel Messi.

In a glorious Barca squad that at one time or another included the likes of Carlos Puyol, Ronaldinho, Mark van Bommel, Giovanni van Bronckhorst, Andrés Iniesta, Xavi, Samuel Eto’o, and, of course, Messi, Bojan scored a respectable 26 times in 104 appearances before being shipped off to Roma.

Never quite hitting his potential, the Spanish forward had spells at Milan and Ajax before an underwhelming five-year spell at Stoke City. He’s now plying his trade in the MLS with Canadian outfit, Montreal Impact.

Becoming Crystal Palace’s youngest ever player in 2007 at the age of 15, Bostock was tipped for greatness and he unsurprisingly found his way into a lot of Football Manager teams back in the day - he was a steal at £250,000 too.

Bostock was a work in progress for any prospective manager and he wouldn’t hit his stride until at least a couple of seasons but his stats were impressive across the board and he’d eventually transform into a world-class acquisition.

In real life, like Adu and Bojan, Bostock didn’t fulfil his potential but that’s not to say he hasn’t carved out a decent career for himself.

Following a highly-controversial switch to Tottenham Hotspur in 2008, which Palace chairman Simon Jordan was so disgusted with, he threatened to revoke the season tickets recently purchased by the player and his father, Bostock spent the majority of his career in the Football League but has had spells in Belgium, Turkey, France and North America. He’s currently on a season-long loan with Nottingham Forest.

From the class of 2009, Vela was a worthy acquisition for any burgeoning manager if you could actually persuade Arsène Wenger to part ways with the Mexican winger.

Similar to Bostock, he’d take a few seasons to find his feet but once he did, you’d have one of the quickest and most composed players in the game at your disposal.

In reality, Vela struggled to set the Emirates alight during his seven-year spell with the North London side, making just 29 appearances and spending the majority of his time on-loan.

A move to Real Sociedad in 2012 reignited the Mexico international’s career and 54 goals in 184 appearances for the La Liga side, showed glimpses of what could have been.

Currently, he’s tearing it up for Bob Bradley’s Los Angeles FC where he’s netted an eye-watering 40 times in 53 matches since last August. 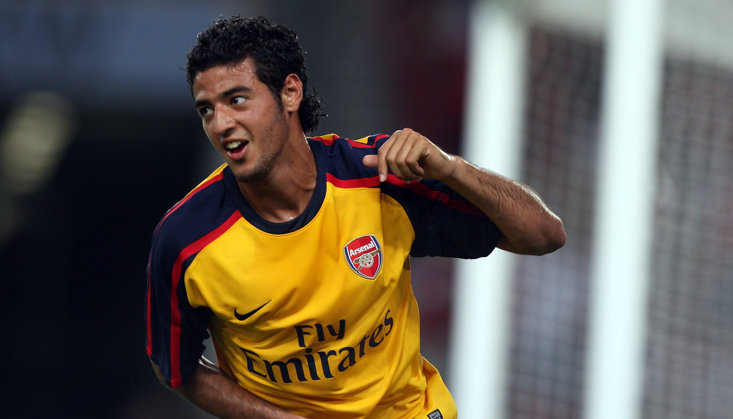 Any Newcastle United fan who’d dabbled in a bit of Football Manager was likely overjoyed when the Toon announced they’d be signing Henri Saivet, a bonafide legend in the 2008 edition of the game.

Even manager Steve McClaren must have been a fan of the virtual management simulator to have offered the Senagalese midfielder a whopping five-year-contract.

On the game he had the potential to be the next Thierry Henry if you managed to snag him from Bordeaux, unfortunately when it actually came to playing for the Magpies, he was well off the mark and while he’s still officially with the club, he’s only made five appearances and has spent most of his time out on loan in Turkey and France.

Football Manager 2020 is scheduled to be released in November.