The silver-lining of a lockdown is that it gives us a little bit of time to imbibe all the cinematic riches we’ve been neglecting, forgetting, or simply pining to rewatch for the umpteenth time. But what to watch? Don't worry, The Sportsman has done the hard work trawling through the back sporting catalogues so you don't have to. Enjoy!

American sports translate well to the silver screen. Whether that’s down to their isolatory nature, the onus in the majority on speed, power, and point-scoring or simply the good fortune of more masterful film-making.

Any Given Sunday, helmed by the two-time Oscar winner Oliver Stone, has the benefit of all three.

In the late 90s, American Football was firmly an internal sport to the nation and hadn’t started becoming the global powerhouse that it is today, now with a momentous following at home and abroad. Stone portrays the on-field action in riveting, thrilling fashion to equal the very best action movies with a stand-out ensemble including Jamie Foxx, LL Cool J, Cameron Diaz, James Woods and, of course, Al Pacino at his most 90s Pacino. Keep a beady eye out for the Stone-cameo as a commentator early on in the film. 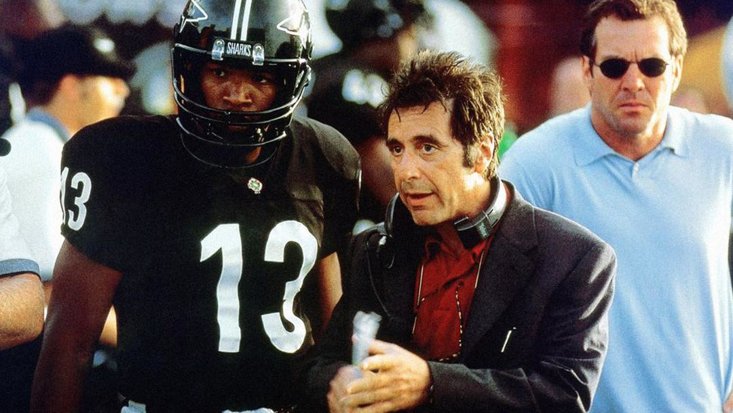 The best boxing film ever made? The greatest acting performance in cinema history? Whatever your stance, Raging Bull is firmly in the argument, brutally, bloodily punching its weight.

Martin Scorsese’s Robert De Niro-starring 1980 biopic about the life of the tortured pugilist Jake LaMotta destroying everything inside and outside of the ring remains one of the most influential movies ever made. Boxing has never looked so beautiful and barbarous. 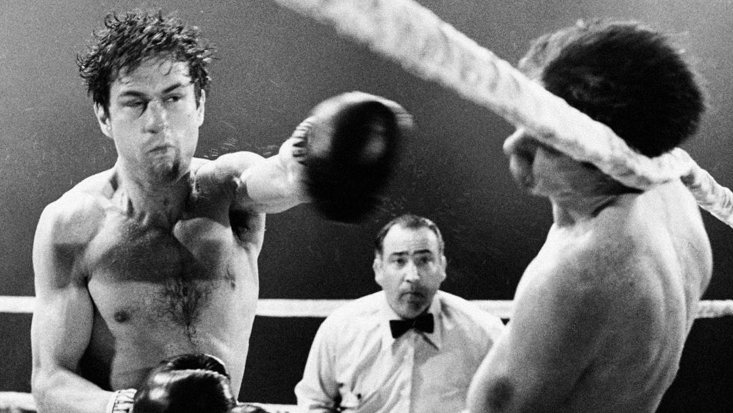 This revisit to Manchester United’s historic treble-winning season of ’98/’99 has all the usual suspects collected together to reminisce on their unprecedented achievement at the end of the last century. Whilst Sir Alex Ferguson is noticeably absent, the camaraderie between the Neville brothers, Paul Scholes, Nicky Butt, and David Beckham is still evident, and each is granted his own episode in this 98 minute documentary.

The feat of the continental treble is unlikely to ever be achieved in the same manner again, particularly when one reflects on how much money is now thrown around football for instant success; this Man United team, a core of hard-working, genuine ‘mates’ rising up to the pinnacle of the sport to form one of the most iconic teams ever seen in England. 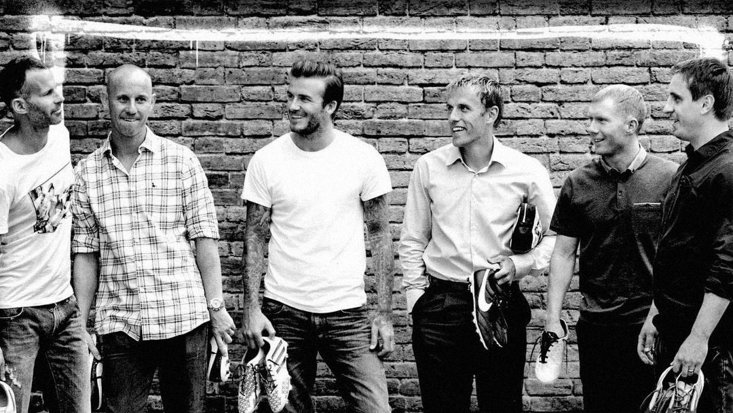 Baseball is famously known as ‘America’s Sport’, and doesn’t screenwriter Aaron Sorkin know it. A sizzling script from the man behind The West Wing and The Social Network, performed exquisitely by Jonah Hill, Philip Seymour Hoffman and centrally a superb Brad Pitt as Oakland Raiders general manager Billy Beane trading barbs and typically snappy dialogue with a whole lot of gusto and heart.

Baseball has never ever been this interesting to follow, and something you will ultimately struggle not to ‘get romantic’ about. 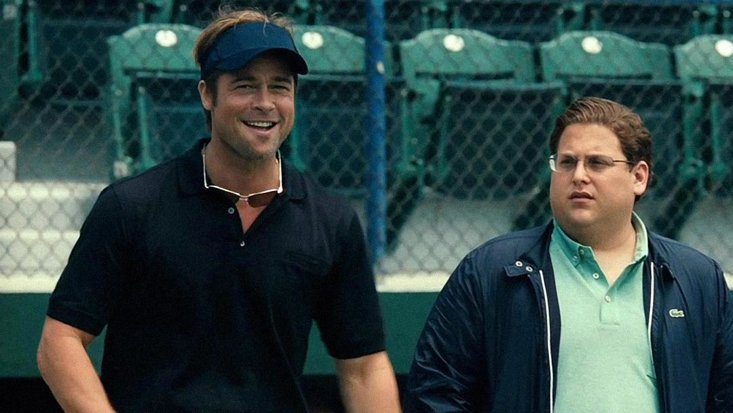 If there’s that one documentary you must have to watch before the world ends tomorrow, Hoop Dreams is there to accompany your last meal. The film chronicles the lives of two aspiring basketball players - Arthur Agee and William Agee - in Chicago trying to make their talent stand-out in a ruthless world.

Filmed by a crew headed by Steve James over an astonishing period of six years in the late 80s/early-90s, the result is simply stunning. The side-story of one of the protagonist’s brothers is particularly heart-breaking. Hoop Dreams has to be seen to be believed. 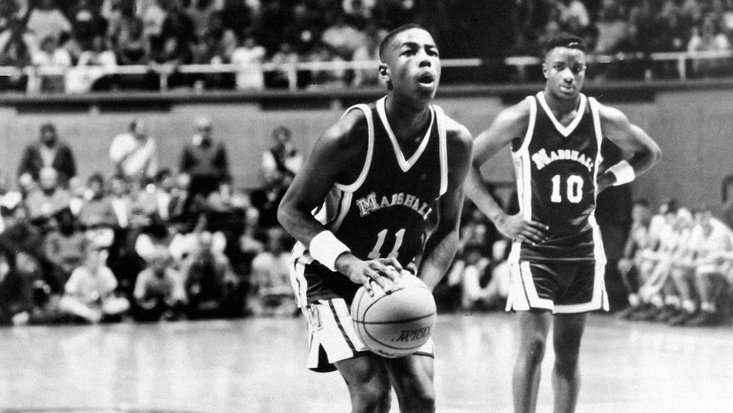 An absolutely stunning documentary of the late F1 driver Aryton Senna, who tragically died on the track at the San Marino Grand Prix. Made by the talented British director Asif Kapadia who also gave us the equally brilliant Amy Winehouse and Diego Marandona documentaries, Senna beguiles even those who have never been enamoured with the sport by highlighting one of the true icons of Formula One.

The film chronicles the Brazilian’s rivalry with Alain Proust and hard-fought quest for his three World Championship, and the heart-breaking, overwhelming, outpouring of grief from the nation of Brazil following his untimely death at Imola in ‘94. 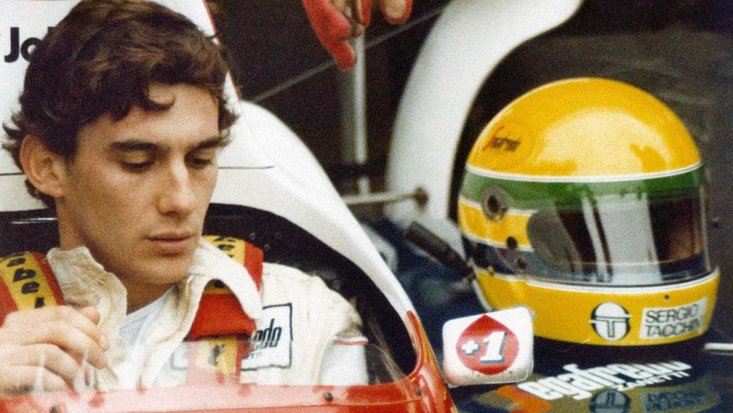 A mustachioed snarling villain gets challenged to a game of cricket by scintillatingly charismatic superstar Aamir Khan in this aesthetically pleasing epic set during the colonial occupation of India by the British Raj in the late 19th Century.

Slightly predictable, but you’d have to have a stone-cold corpse not to have the cockles of your heart warmed by the story’s conclusion. 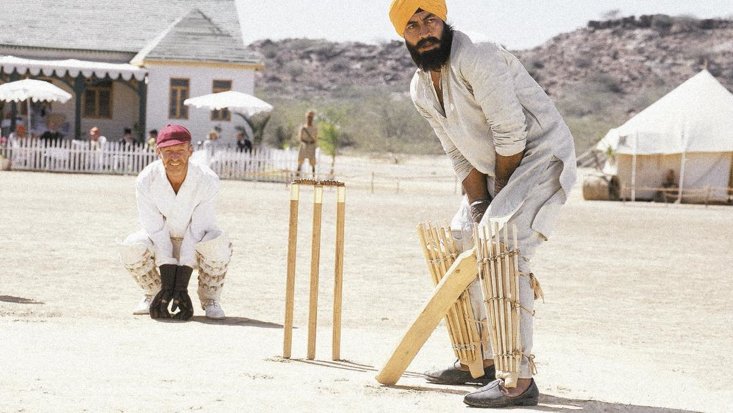 You’re not gonna sink this putt, you jackass! 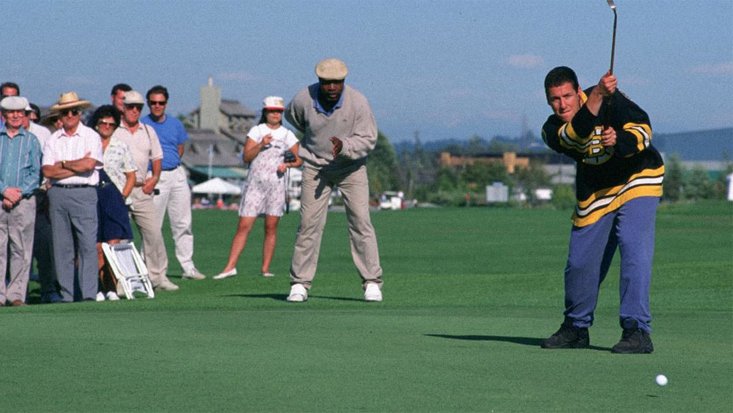 Image Source: Universal Pictures
x
Suggested Searches:
Tyson Fury
Manchester United
Marcus Rashford
Lewis Hamilton
F1
Air Jordan
More
tennis
The Incredible Story Of Mansour Bahrami, Tennis' ''Most Naturally...
“We are here to entertain,” insists tennis icon Mansour Bahrami. “If you want to be [ ... ]
football
Rafa's Facts, Mourinho's Respect, It's Football's Greatest-Ever...
It was the surest sign yet that Manchester United are back to cause trouble at the top. Jurgen Klopp’s [ ... ]
football
Why Man Utd Remain The Modern Giants, Even If Liverpool Are...
You can tell that football has changed a lot over the past eight years simply from observing some of [ ... ]
motorsport
Elfyn Evans Is Desperate To Make Up For His 2020 World Rally...
“I can’t repeat the exact words and how I felt at the time,” says Welsh rally driver [ ... ]
sports
The Cube, Swingball And The Home-Based Challenges To Get You...
Lockdown is here. Again. Once more the kids are off school and yet again we are left working from home [ ... ]
football
With Nine Teams In The Frame, Could This Be The Most Exciting...
Just four points separate second from seventh in the Premier League table, while leaders Manchester [ ... ]
football
'Big Fish' James Rodriguez Is Exactly Where He Needs To Be At...
James Rodriguez’s career so far has been a great big ‘what if’. Whereas some footballers [ ... ]
sports
''Hold My Beer'' - How Surfer Mikey Wright Leapt Into Action...
“Hold my beer” bellowed Mikey Wright as he tore off his shirt and charged towards the sea. [ ... ]
us-sports
The Headbutts, Fall-Outs And Four-Day Benders That Made Dennis...
They called him The Worm. It may now be over two decades since he last played at the highest level in [ ... ]
boxing
The Skipping, Sushi And 6am Starts Behind Canelo Alvarez's Billionaire...
Saul ‘Canelo’ Alvarez is not only one of the richest sportspeople on the planet, having [ ... ]
sports
Team GB Star Lutalo Muhammad's Guide To Sleeping Like An Olympian
Practice makes perfect, and Olympic athletes spend years honing their craft in pursuit of medal glory. [ ... ]
football
How Cheung Chi Doy Flew Solo To Become Hong Kong's Only European...
Sixty years ago, on 14 January 1961, two teams walked out at Bloomfield Road for a Saturday football [ ... ]
sports
The Top Motivation Tips To Keep Your 2021 Fitness Kick On Course
We are now getting stuck right into January and the new year, and with the first proper weekend behind [ ... ]
football
Remembering Josef Bican, The Only Footballer Cristiano Ronaldo...
It is the perennial argument.. Who is the greatest ever, is it Cristiano Ronaldo or Josef Bican? Ok, [ ... ]
motorsport
Lando Norris' Stunning McLaren 570S, £1.4m Track Test Cars And...
What were you doing at the age of 21? Finishing university, taking the first steps on your career ladder, [ ... ]
darts
Gerwyn Price Would've Quit Darts For A Wales Rugby Union Cap,...
Gerwyn Price dreamed of representing the Wales national rugby team. Life, though, works in mysterious [ ... ]
football
20 Years On, Is Eriksson's England Remembered For The Successes...
It was a time of relative success and front-page scandals. The FA’s decision to appoint England’s [ ... ]
football
Beckham's MLS Move Gets More Monumental Every Year, And Messi...
“I would like to play in the United States someday, it’s always been one of my dreams... [ ... ]
football
Cheers Bud, Messi Pays Respect To The World’s Best ‘Keepers...
Budweiser continues to celebrate Lionel Messi’s record-breaking 644th goal by sending every goalkeeper [ ... ]
football
No More Begging Bowls, Teams Like Marine Should Get 100% Of...
There was an inevitability about the 5-0 away win on the pitch, but Sunday’s third-round clash [ ... ]
sports
The Good, The Bad And The Downright Ugly, What Happens When...
Cardiff City Football Club is one of the most traditional organisations of a deeply traditional sport. [ ... ]
sports
Meet Milly Pickles, The Inspiring Para-Athlete With Five Million...
With five million likes and 204,000 followers on TikTok, and a brand deal with one of the UK’s [ ... ]
boxing
The Hard Work, Long Days And Big Meals Behind Tyson Fury's Incredible...
Tyson Fury has found solace in working out, discovering it is the thing that not only keeps him in shape [ ... ]
us-sports
How Kareem Abdul-Jabbar Brought The Lakers' Incredible 33-Game...
He towered at seven feet two inches tall. The sky-hook was in full flow. Once again the Los Angeles [ ... ]
motorsport
Biker Sam Sunderland Won't Let Covid-19 Kill His Dream Of Another...
It was back in 2017 when Sam Sunderland wrote his name into the record books, becoming the first Brit [ ... ]
football
James Rodriguez's Car Haul Includes £300k Worth Of Mercs, And...
James Rodriguez is an absolute Rolls Royce of a footballer and had Everton’s midfield purring [ ... ]
football
Heroes V Minnows, Legends V The Lowly, The FA Cup Third Round...
The magic of the FA Cup has been slowly dying, they say. There are the scattered fixtures and irritating [ ... ]
sports
The Diet Plans To Suit All Shapes And Sizes, From 5/2 To Fasting...
The New Year’s festivities have been and gone, and Christmas is a distant memory, at least until [ ... ]
motorsport
The Major Milestones Behind Lewis Hamilton's Relentless March...
Lewis Hamilton. His name is Lewis Hamilton. And there’s a million things he’s done. But [ ... ]
us-sports
11 NBA Titles And A 70% Win Rate, Phil Jackson Is The Best Coach...
There is simply no other who can touch him. He taught Jordan, Kobe, Shaq, Fisher, Pippen, Rodman. He [ ... ]