Muhammad Ali transcended the world of not just boxing, but sport as a whole, like no other athlete who came before him nor anyone after him, touching the hearts of men, women and children across generations in each and every corner of the globe.

His fistic genius inside the ring enamoured legions of fans in a prizefighting career that spanned over two decades, sharing the centre stage with and beating such contemporaries as Sonny Liston, Joe Frazier, George Foreman and many, many others.

Of course, Ali wasn’t any ordinary sportsman and his exploits out of the ring were as incredible as they were in it. Below we take a look at five great Ali tales away from the world of boxing.

Muhammad Ali And The Japanese Wrestler 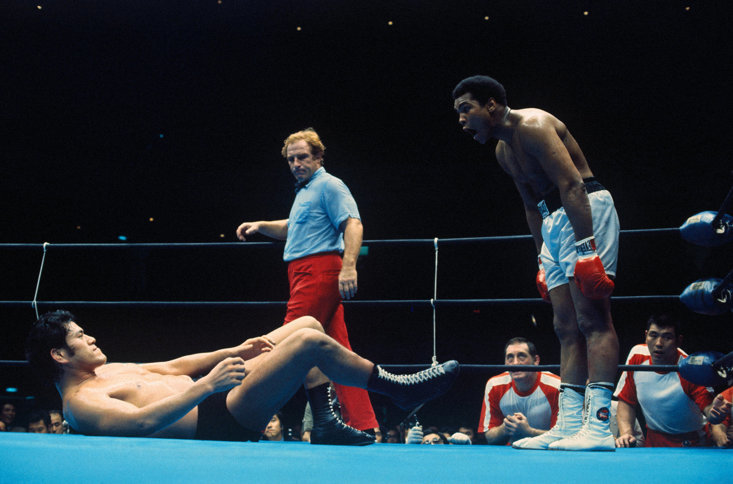 In 1976, Ali, the WBC and WBA heavyweight champion of the world was targeted by Antonio Inoki, a Japanese wrestler who had been staging contests against champions of various martial arts to prove that wrestling was the ultimate fighting discipline.

A fun fact for some of the younger readers - Inoki would go on to voice ‘the Crimson Chin’ in Nickelodeon’s Fairly Odd Parents. 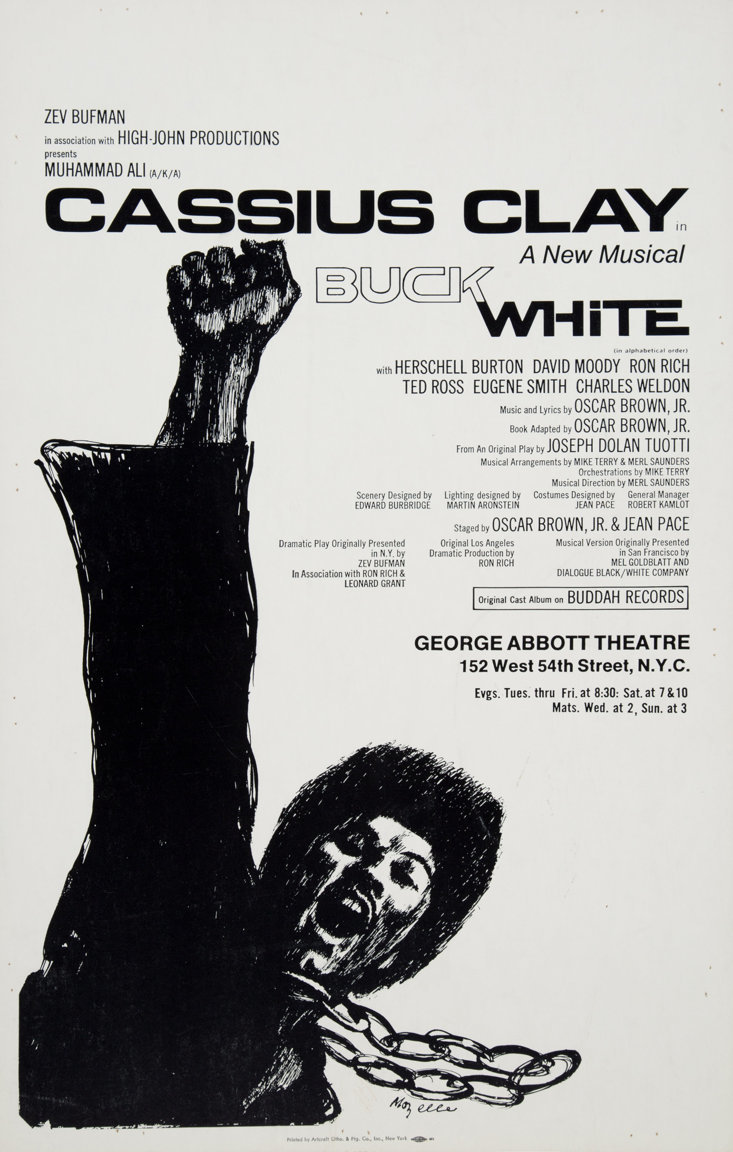 It’ll come as no surprise that arguably the most charismatic sportsperson in history would find his way to the big stage at some point and, in 1969, still in exile from boxing due to his objections to the Vietnam War, Ali joined the cast of Broadway musical ‘Buck White,’ as its lead actor.

Unfortunately for Ali, a life in showbusiness was clearly never meant to be with reviews of the show mostly negative. One writer for the New York Times said: “Muhammad Ali, also known as Cassius Clay for stage purposes, is heavyweight champion of the world, by right and dignity if not by name, and he is beautiful. Buck White, the new musical that opened at the George Abbott Theatre last night, is not quite so beautiful, and this is a pity.”

The show sadly lasted just five days but it wouldn’t be Ali’s last acting opportunity, starring as himself on US sitcom Diff’rent Strokes and opposite Kris Kristofferson in the TV movie, Freedom Road.

Muhammad Ali And The Release Of 15 American Hostages In Iraq 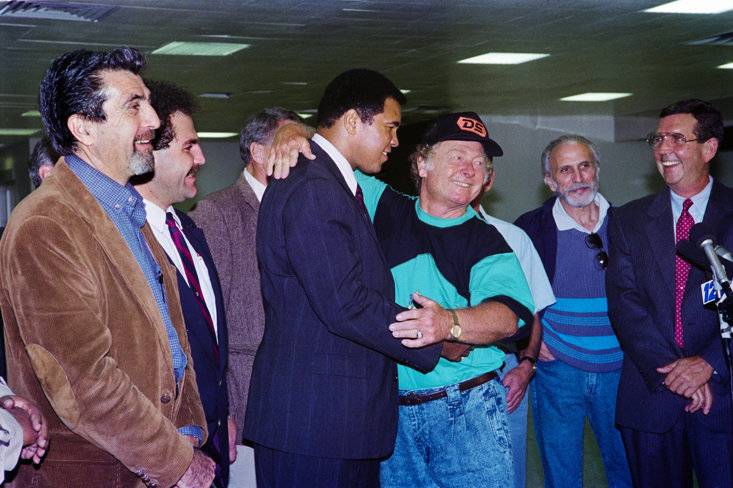 In 1990, defying the US government once again at the age of 48, Ali travelled to Iraq where 15 Americans had been captured by Sadaam Hussein in the build-up to the Gulf War.

The former heavyweight champion was criticised by both the White House and the press when he divulged his intentions. “These people traveling to Iraq are making a serious mistake,” said Joseph Wilson, the then top American diplomat in Baghdad.

Ali spent a week in the Iraqi capital before he even heard a word from Saddam and worse still, he even ran out of his Parkinson’s medication. As Saddam kept Ali waiting, the fighter took to the streets, visiting schools and mosques. “We hope and pray there is not a war,” he told the press, which followed him everywhere. “And with the little authority from the fame that I have, I’ll show the real side of Iraq.”

On November 29, Ali finally sat down with Hussein and promised him that he’d bring back to America an honest account of what he’d seen in Iraq. He also secured the freedom of every single one of the 15 hostages.

Muhammad Ali And The Man On The Ledge 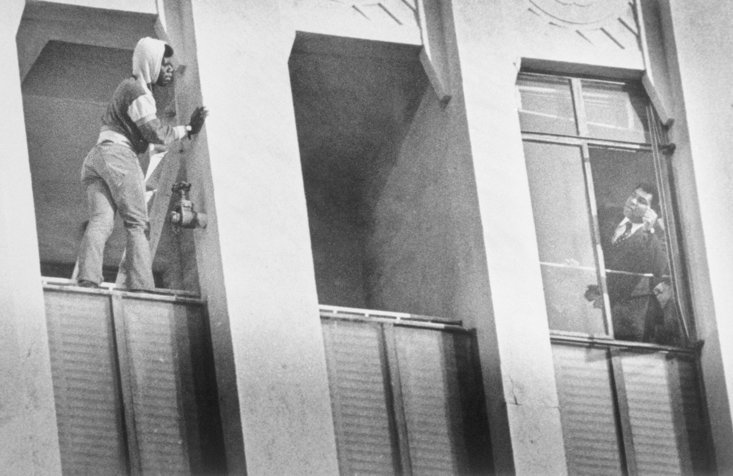 In 1981, nearly a full decade before his voyage to the Middle East, Ali proved once again why people call him ‘the Greatest.’

When Ali heard the cries of a suicidal man threatening to throw himself from the ninth floor of a building in Los Angeles, the boxer had no hesitations in speeding towards the scene in his car, on the wrong side of the road, flashing his lights desperately as he raced to get there in time.

Heading straight upstairs, ignoring the cries of the crowd behind him, he proceeded to convince the man why his life was still worth living.

“You're my brother. I love you and I wouldn't lie to you. You got to listen. I want you to come home with me, meet some friends of mine,” Ali told him.

Ali ultimately convinced the man to come down and even accompanied him to the hospital. Afterwards Ali said: “I'm going to help him go to school and find a job, buy him some clothes,

“I'm going to go home with him to meet his mother and father. They called him a nobody, so I'm going home with him. I'll walk the streets with him and they'll see he's big.

“Everyday I'm going to visit him in the hospital. I told him I'd stay close to him.” 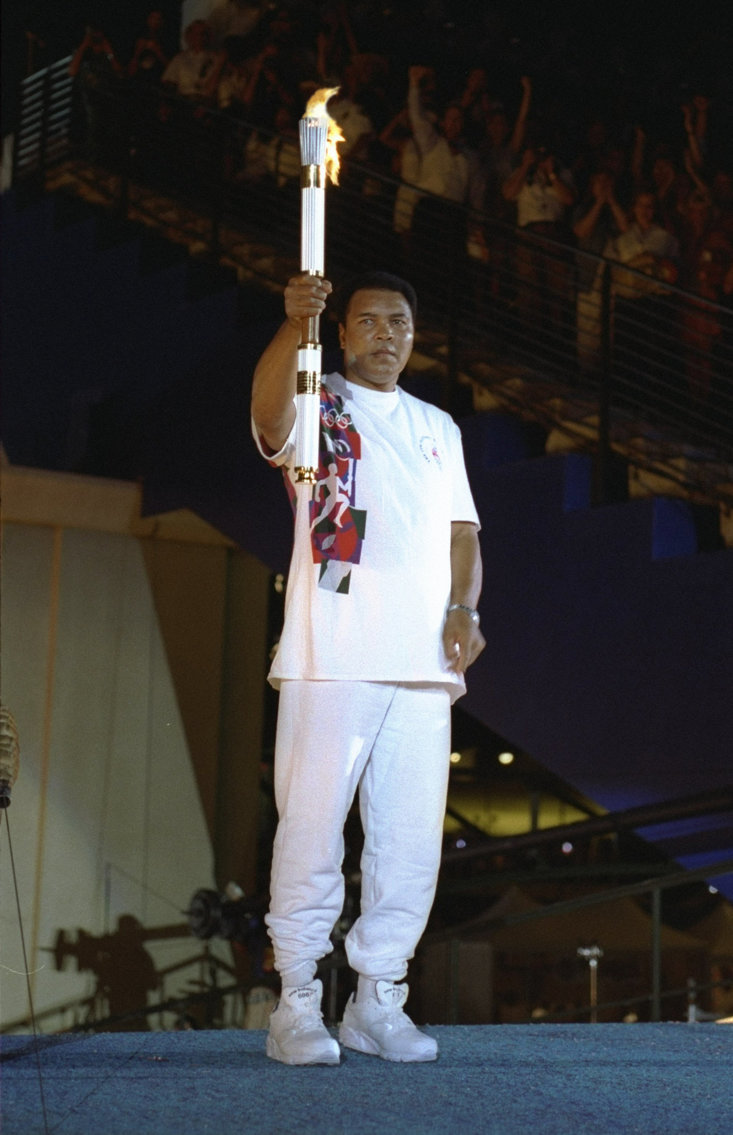 In 1996, the effects of Parkinson’s on Muhammad Ali had taken their toll and the once loud and brash epitome of charisma had been hidden away from the public eye for some time, so when he surprised the world with his appearance at the Olympic Games in Atlanta, the world was reminded of how special he was.

On July 19, 85,000 people watched in person and another 3.5 million people watched on their televisions as Janet Evans, a five-time Olympic medallist in swimming, passed the torch to Ali, who, with shaking hands, lit the Olympic cauldron. The flame would burn for 17 days until August 4.

It almost never happened, too - Olympic organizers initially wanted hometown hero and Olympic bronze medal winner Evander Holyfield lighting the flame but lobbying from former NBC executive Dick Ebersol changed their minds and thus the images of Ali in Atlanta will remain among the most poignant and iconic shots to ever be captured at an Olympic Games.

x
Suggested Searches:
Manchester United
Liverpool
Manchester City
Marcus Rashford
Premier League
More
football
From Balotelli To Bullard, The Premier League's Greatest Ever...
It's been a full decade since Mario Balotelli lifted his shirt in Manchester City's 6-1 [ ... ]
motorsport
On This Day: Rookie Lewis Hamilton Loses F1 Title In Controversial...
On this day in 2007, we witnessed perhaps the greatest end to a Formula One season we have ever seen. [ ... ]
motorsport
How Lauda's 140mph Crash Marked The End Of The Age Of Innocence...
There are few worse moments to lose control than when driving at 140 miles per hour. The events on just [ ... ]
football
FA Cup Round-Up: Brilliant Buxton Make First Round As Dorking...
It was a night when Dorking Wanderers saw their dreams dashed by Hayes and Yeading, Stratford made some [ ... ]
us-sports
Celebrating Jim Brown - The NFL Movie Giant Who OJ Robbed Of...
Before OJ there was the OG. The Original Gangster. In fact he was front and centre of an action-packed [ ... ]
football
Sheriff Tiraspol - The Champions League Club With Two Faces
On the surface, it has been the underdog story of the Champions League so far. Never before has a club [ ... ]
boxing
From Taming Tyson To Bashing Buster, Evander Holyfield’s Best...
Today marks the 59th birthday of one of the best boxers to lace up a pair of gloves in the modern [ ... ]
football
Fernando Torres - Atletico's Local Hero, Liverpool's Tainted...
‘This means more’ is Liverpool’s oft-derided motto, but when they face Atletico Madrid [ ... ]
football
On This Day In 1987: The Rangers v Celtic Shame Game
Whatever the circumstances when Rangers face their Glasgow neighbours Celtic the [ ... ]
athletics
On This Day In 1968: The Greatest Sporting Protest Of All Time
Some sporting images will stay with us forever. Muhammad Ali standing over Sonny Liston, Michael Jordan’s [ ... ]
football
Dorking Wanderers Aiming To Complete The FA Cup's Ultimate Underdog...
Something is stirring in the sleepy, stockbroker-belt Surrey market town of Dorking. And if the Wanderers [ ... ]
boxing
Outside the Ropes: Jennings Gym - Training, Tunes And Gardening...
Jennings Gym is not your average boxing gym. Tucked away on the ground floor of a former cotton spinning [ ... ]
football
Thierry Henry - ''The Best Player To Have Ever Played In The...
"No, number one is not Alan Shearer - number one is Thierry Henry. Thierry Henry is the best player [ ... ]
football
93.20: The Moment Sergio Aguero Changed English Football
The greatest moment in Premier League history. Sergio Aguero’s goal against Queens Park Rangers [ ... ]
cricket
Assessing England's Ashes Squad: The Strengths And Weaknesses...
So we know the 17-man squad that will go Down Under to try to win the Ashes for England this winter, [ ... ]
rugby-league
Naiqama Seals His Perfect Ending After A Year Of Personal Turmoil
Less than a year ago, Kevin Naiqama looked destined for anything but a fairytale ending to his St Helens [ ... ]
football
Alan Shearer: Newcastle's Boyhood Hero Who Won The Hearts Of...
Footballers in this day and age are judged by how many trophies they win. But when Alan Shearer, the [ ... ]
rugby-league
French RL Ready For Momentous 2022 After Toulouse Promotion...
French rugby league had never known as important a weekend as this one. Catalans Dragons were in their [ ... ]
football
Paul Scholes - The Unassuming Magician Who Ruled The Premier...
England don’t produce these types of players often, but every now and then a footballer will come [ ... ]
football
Frank Lampard - The Intelligent Goalscoring Genius Who Helped...
During the 90s and early 00s, the influx of money into the Premier League had led to a whole new era [ ... ]
football
Roy Keane: The Midfield Enforcer Who Was So Much More
Roy Keane is held up as the defining defensive midfielder of the first half of the Premier League era. [ ... ]
boxing
Bare-Knuckles, Blades And Broughton: The Evolution Of The Boxing...
From oxhide to metal, hemp rope to horse hair, it’s fair to say those shiny, top-of-the-line gloves [ ... ]
football
John Terry - England's Last Truly Great Defender Who Won Everything...
When looking back at John Terry’s footballing career, Chelsea fans can do so with misty eyes. [ ... ]
football
Ashley Cole - From ''Next Tony Adams'' To Chelsea Great Despite...
Ashley Cole was an Arsenal legend in the making. An academy starlet, he rose through the ranks and established [ ... ]
football
Merry Go-Round Or Hornets Go Down? Watford Appoint Yet Another...
The sack race is a hotly-debated topic every year, as fans postulate on which manager will be the first [ ... ]
football
Branislav Ivanovic - Chelsea's Iconic Right Back Turned Prolific...
Branislav Ivanovic’s start to life in London was far from smooth. After joining Chelsea in January [ ... ]
football
13 Goals Conceded, 24 Clean Sheets: Petr Cech's Iconic 2004/05...
This morning we announced Petr Cech as our greatest ever Premier League goalkeeper, as we run through [ ... ]
us-sports
Before LeBron, Kobe, Shaq And Magic There Was Jerry West, The...
Kobe Bryant’s tragic passing at the beginning of 2020 brought calls for the National Basketball [ ... ]
boxing
Muhammad Ali's Fall, Larry Holmes' Rise And Mike Tyson's Revenge
It’s impossible to overstate Muhammad Ali’s impact on the world of boxing. The man [ ... ]
boxing
On This Day In 1975: Ali And Frazier Thrill The Entire World...
More than any other facet of sport, boxing lends itself to delivering nights that become cultural landmarks. [ ... ]