There’s nothing like the small matter of a derby to ease you back into life in the Premier league.

Jose Mourinho’s Tottenham - we’re still getting used to this - face fierce rivals West Ham away in this Saturday’s early kick off. With only days to prepare, the newly crowned ‘Humble One’ will have all eyes focused on the London Stadium.

But once game one is out of the way, Jose’s focus will turn to the bigger picture. And it ain’t that pretty.

Yes Mauricio Pochettino had his successes at Spurs, but this season unravelled spectacularly and the futures of a number of players have been the topic of much conjecture among fans and pundits.

Here, The Sportsman looks at the players Mourinho will have to get a handle on... 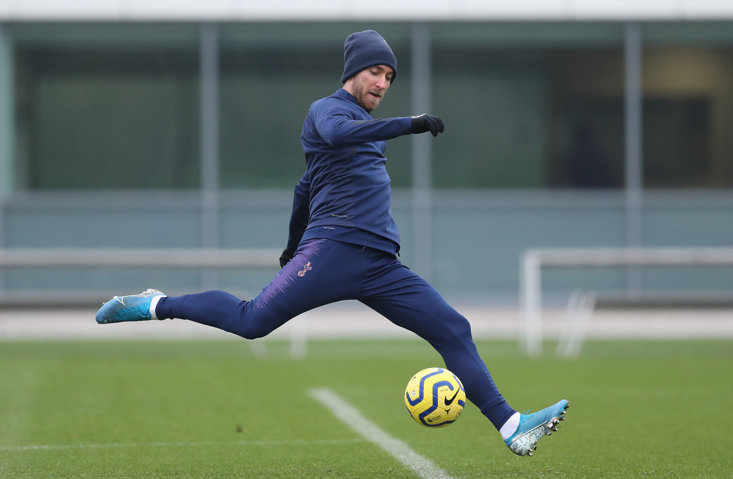 The Dane has certainly been out of sorts this season as speculation over a possible move continues to linger.

Usually so influential as he pulls the strings in the Tottenham midfield, Eriksen has looked off the pace this term and has started just seven of 12 Premier League matches.

Could it be his head is elsewhere? The 27-year-old admitted he was interested in a new challenge this summer and has been linked, during various stages of his career, with Europe’s top clubs.

While he has one eye on a potential move, the arrival of Mourinho means he could be moved on with not much say in the matter.

“I don’t like to keep players who don’t want to stay at the club. I’m not even thinking of the economical perspective, but the emotion of the player,” the new Spurs boss told Sky Sports.

With his contract due to expire this summer a January departure is possible, though Mourinho could do with utilising the playmaker’s talents.

‘We believe he will bring energy and belief to the dressing room,’ chairman Daniel Levy said of Mourinho upon his appointment.

It is much needed. The squad has appeared fractured during the end of Pochettino’s reign, with several important players itching for moves and seemingly running contracts down.

One player has even put it on record that he won’t be at the club beyond 2021. Though he is staying put until the expiration of his current deal.

"I've said I've got 18 months left on my contract and I'm not going anywhere until my contract has finished,” Danny Rose told the Evening Standard.

"Daniel Levy told me in the summer there was no new contract for me at Tottenham, which is fine. I respect that. We move on.

"My contract is up in 18 months' time and I'll leave the football club then. People can save their time trying to get stuff ready for January about me being sold because I can tell you now: it isn't happening.”

The left-back only said this last week. However, a week is a long time in football and the appointment of Mourinho could change things.

When the Ivorian’s name appears on the teamsheet on matchday there is a collective groan from some sections of the Spurs fanbase.

Sometimes erratic, the right-back isn’t the most reliable of defenders and many supporters would prefer to see academy graduate Kyle Walker-Peters given the nod.

Mourinho is the master defensive tactician and should certainly improve Aurier’s game but it remains to be seen if he will have the patience required as he looks to solidify Spurs and get the club up the Premier League table.

Two more contract rebels, the Belgian duo are vital to this Tottenham side.

Mourinho was extremely keen to sign Alderweireld during his time as Manchester United manager and will no doubt be excited to work with the towering centre-back.

If Mourinho is to get this group back on the same page and share his vision for the club, tying the two defenders down would be key to quick success.

According to the Telegraph, the new boss’ main priority is to fix the backline and ensure Spurs have sufficient cover as he plots a tilt at the title next season.

Davinson Sanchez has impressed but Mourinho would likely prefer to keep two experienced pros alongside him rather than lose them and have to rebuild from scratch.

So much is made of Mourinho’s perceived lack of faith in youth. There is an element of truth and element of myth to that but he could do worse than to utilise Ryan Sessegnon.

The 19-year-old is one of the brightest talents in the game and, though he didn’t light up the Premier League with relegated Fulham last term, he has the skills and capabilities to shine in the top division.

Having made only one appearance under Pochettino following his summer switch, Sessegnon will be slowly bedded in but can be an extremely useful weapon for Mourinho, especially from the bench.

His running, directness and left foot, able to carve up pinpoint crosses and shots, will come in very handy.

An attacking outlet, he has been deployed at left-back during his early career and, who knows, he could be a perfect replacement for Rose.