They say the best strikers can win a game 4-0 but if they haven’t got their name on the scoresheet, they’re as angry and frustrated as if they had lost. Mohamed Salah is no different. The Liverpool attacker has already found the net 10 times in 13 matches this season.

However, during his early days he was not the rapid front man you see firing the Reds to glory. In fact, he was a left-back in the youth team and, extraordinarily, there were four players blocking his path to the starting XI.

"When I coached the under-16 team at Al Mokawloon, I had five left full-backs and Salah was one of them," academy coach Said El Shishiny would later recall. “In one game in the under-16 Cairo League… Salah started at left-back and wasted no less than five one-on-one chances to score. What I saw was not the chances he missed, but his ability to dribble from the left-back position until he was one-on-one with the goalkeeper.”

As a result, Salah’s coach made a decision which would change his career and life forever.

“All the running took something away from him, so he wasted the chances. But after this game, I decided to play Salah as a right-winger.

“He was always very quick and was getting into good positions, even if he was missing some of the chances. I told him, ‘Don’t worry, you will be the top scorer in our team next season.’ He ended up scoring 30 goals!”

His eagerness to score and determination to be the best had previously played on Salah’s mind to the point of tears.

“We had a match against ENNPI when we won 4-0 and Mohamed had three chances to score but missed every time,” El Shishiny told The Independent. “After the match I went to the changing room and he was crying, so I asked him, ‘Why are you crying?’ He said, ‘Because I didn’t score today.’ Everyone else in the team was happy because we had won, but he was so upset.” 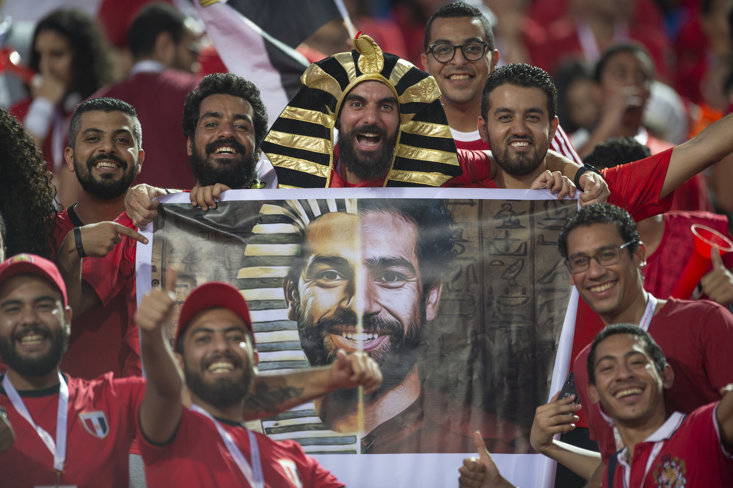 SALAH IS A HERO IN HIS HOMELAND

Born in Nagrig, Gharbia - that’s in the middle of the Nile Delta - in 1992, Salah joined the ‘Arab Contractors’ as a youngster, following in the footballing footsteps of his father and uncles, who were keen amateur players. He would travel three hours every day via public transport to the capital, Cairo, before walking a kilometre over a hill to reach training.

Having eventually made the switch from left-back and become a prolific scorer, Salah was set for the top. Making his first-team bow in the black and yellow of Al Mokawloon in May 2010, Salah was a scrawny teenager but boasted a steely outlook and a keen eye for goal. The club worked on a special diet to bulk him up which aided his progress.

It is now coming up to a decade since he netted his first goal for the club in the December, and on Christmas Day that same year he rifled home a strike against Al Ahly, one of the giants of Egyptian football. The blistering pace and sumptuous left foot on show was the same one which has since turned him into a global superstar.

It was Mohamed Radwan who handed Salah his opportunity as a professional, and he told Goal, “Salah was warming up, so I told him my decision that he’s going to play and I asked him: ‘Are you afraid?’ He responded with confidence: ‘No Sir’.

“Mo Salah, from the first glance, had the speed and the talent, the fateful decision was to call on a young player and give him the chance!”

That chance he grabbed with both hands, as he went on to play every game during the 2011-12 campaign before catching the eye of Basel. The Swiss club were quick to land their man, and he officially moved to Europe on his 20th birthday. 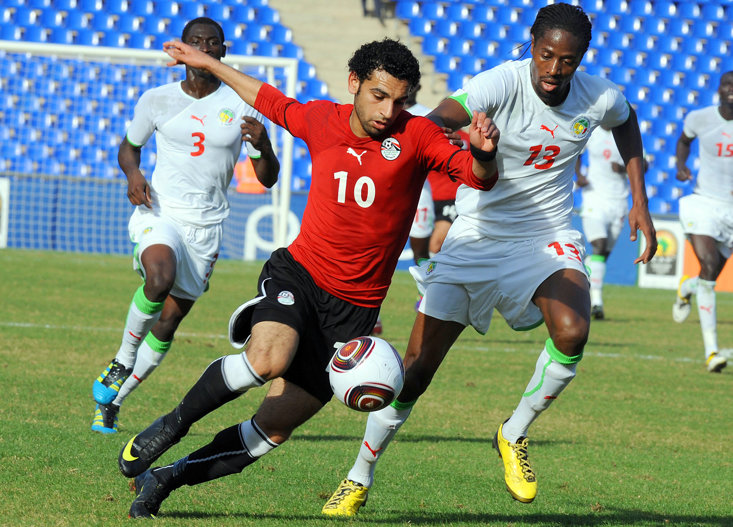 SALAH IN ACTION FOR EGYPT'S UNDER-23S AGAINST SENEGAL IN 2011

Remaining true to his roots, he still has plenty of time for the guys he played with at Al Mokawloon. As former team-mate Ahmad Saad told Goal, “Mo still has the same good personality, he’s always in touch with us and he’s really humble.

“Mo was the only one who dreamed of professionalism playing outside of Egypt while most of us preferred Al Ahly and Zamalek.”

It seems that while emotion sometimes got the better of Salah during those difficult formative years, as he grew in confidence, any criticism and tears were turned into positivity on the field.

“In one match with the U16 team, Salah was playing very badly and after the first half ended our coach Hamdi Nouh insulted him so much that he cried!” revealed Saad, “And in the second half, Salah scored three goals!”

Salah has since gone onto lift the Champions League trophy with Liverpool, as well as helping the Reds end their 30-year wait for the domestic league title.

“If I said that I had known that I would reach this level, it was difficult when I was young to dream of something so big,” he once admitted. But while he has proven to be an excellent footballer, those experiences in his homeland shaped him into a brilliant person too.

With 43 goals in 68 appearances for Egypt, he is a global ambassador for his country and has helped enormously in the communities where he is so loved. Salah has paid for equipment at a new medical centre in his hometown of Nagrig, including two kidney dialysis machines. There is also a school named in his honour and he stumped up cash to ensure there is fresh water in the town too.

If it wasn’t for Salah’s determination to put in all those hours on buses and trains, to use criticism as a catapult towards better things, Liverpool would not be benefitting now and nor would the good people of his birthplace.

Salah is proof that hard work often beats talent, even if he has both in abundance.