Football
Features
A look at the players who've made it onto album covers
Matthew Crist
19:05, 19 Oct 2019

It’s often said that football and music are intrinsically linked, and who would disagree? Both offer a sense of release, purpose and enjoyment to millions in equal measure.

But every now and then these two worlds collide, coming together to form a perfect chemistry of visual as well as audio stimulation; a cross pollination of all the things that are so important to millions of us.

So here is a look at those occasions where our footballing heroes have featured on the artwork of some of our favourite artists’ albums and singles down the years. Rock and roll football, you could say.

Sgt. Pepper’s Lonely Hearts Club Band was the Beatles’ best-selling album and boasted an array of characters on its iconic cover, including Oscar Wilde, H.G. Wells and Marilyn Monroe to name just a few.

But only one footballer made the now legendary sleeve and rather than stars of the time such as Ian St John, George Best or Jimmy Greaves, the Beatles, who were not the biggest of football fans, opted for the lesser known Liverpool striker Albert Stubbins.

Though Stubbins was scoring regularly for his club during the Beatles formative years, he was not chosen primarily for his ability on the pitch, but rather because of his name with John Lennon in particular enjoying the phonetic qualities of Stubbins’ name. The man himself was unaware of his inclusion until an LP arrived at his door signed by all four Beatles saying: “Well done, Albert, for all those glorious years of football. Long may you bob and weave.” 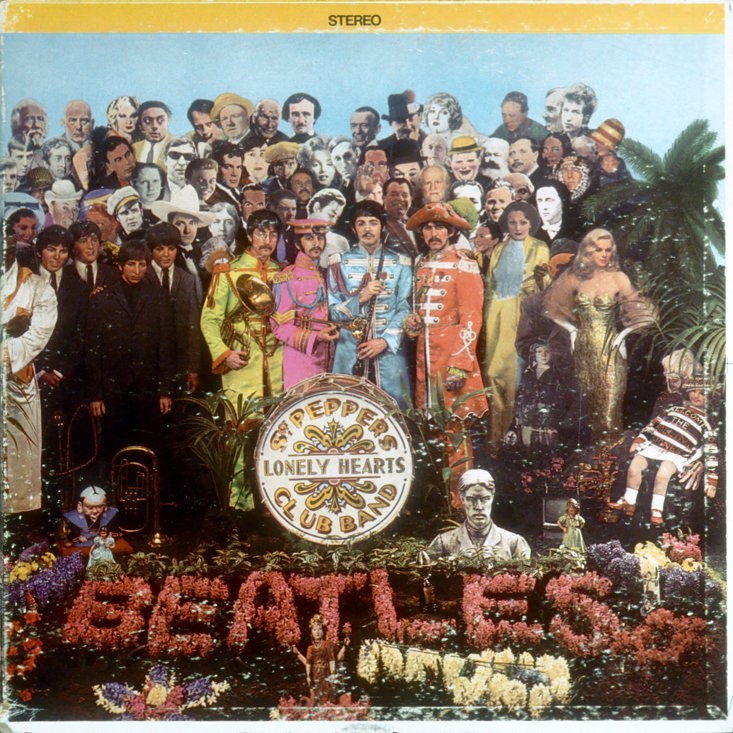 It’s often said that Oasis were heavily influenced by the Beatles, though that is usually an accusation aimed at their music rather than their artwork. But with their 1994 release, ‘Definitely Maybe,’ the Mancunian motormouths certainly channelled their inner Fab Four.

As with their heroes back in 1967, there was a subtle nod to a footballing great on the cover of their multi-million selling album; but like Sgt. Pepper, you’d have to look pretty hard to spot it.

The carefully-placed framed picture of former City player Rodney Marsh in front of the fireplace is not the only football reference on this iconic artwork though. Not only is a picture of George Best - a hero of Manchester United-supporting guitarist Bonehead - visible on the windowsill but Leicester's Steve Walsh is also seen on the back page of the sleeve, celebrating his side’s win in the 1994 play-off final against Derby County. 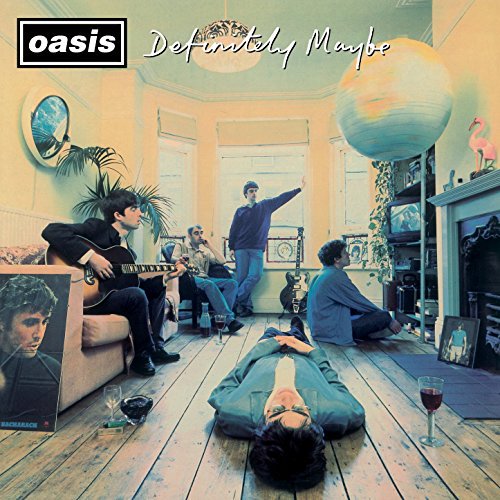 So iconic is Best that it’s no surprise his picture has been used on an album cover. But, not content with just an image of the bearded wonder on their sleeve, guitar pop band The Wedding Present even named their 1987 debut album after the United star.

The band sought and received permission to name the album after the Northern Irish football legend, who was so flattered at the request he even agreed to appear on a number of promotional shots with the band.

The only real question is why David Gedge and co decided on the image that they did, a rather jaded and forlorn looking figure from the early 1970s as his career was about to go south. To be fair, the cover is still regarded as one of the most recognisable of any indie album from the time.

Shiiine On
@ShiiineOn_
On this day in 1987
The Wedding Present released their debut album : George Best
What's your favourite track on the album?? 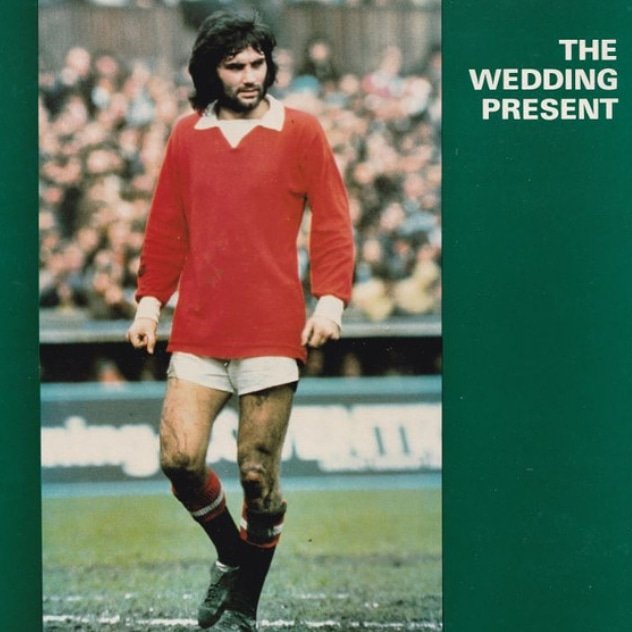 Despite never playing at the highest level, Robin Friday is still regarded by many as the ultimate football maverick thanks to a lifestyle of booze, drugs, women and crime and that legendary status has shifted beyond the boundaries of football.

Such was his reputation that former Oasis bassist Paul McGuigan co-wrote a book championing the anti-hero’s antics entitled: “The Greatest Footballer You Never Saw”, while Welsh rockers Super Furry Animals also offered their own unique tribute to the former Reading and Cardiff striker who died in 1990.

For the cover of their 1996 release: “The Man Don’t Give a F***”, they used the iconic image of Friday flicking the V-sign at Luton Town’s Milija Aleksic having left the goalkeeper in a heap and slipped the ball into the net. And if that wasn’t enough, the Cardiff outfit also dedicated the record to a man whose appeal still goes far beyond the beautiful game. 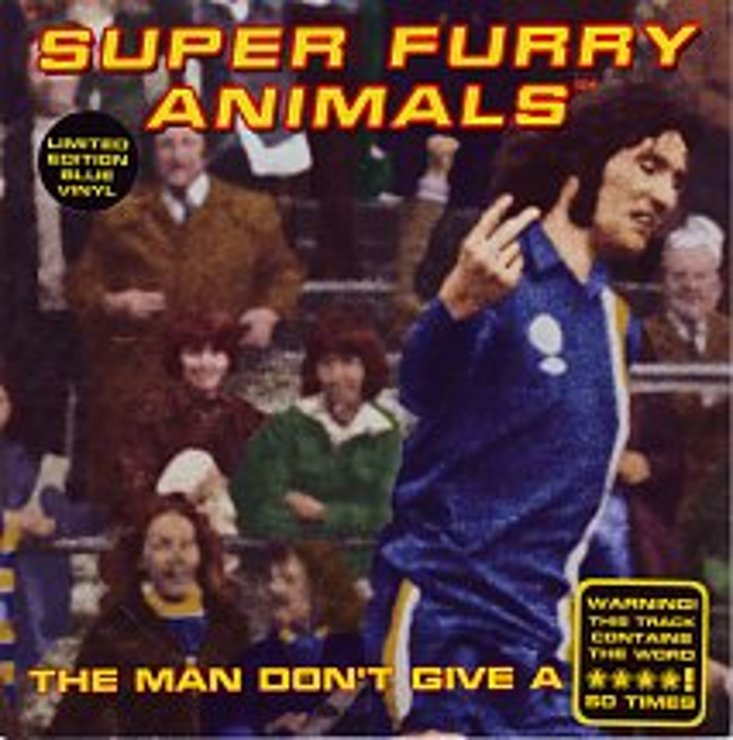 Morrissey has always been cagey when it comes to his footballing allegiances, stating in his autobiography that he grew up in awe watching George Best when going to Manchester United games at Old Trafford as a youngster, yet in later years he took to the stage in West Ham and Millwall shirts.

What is certain though is that Moz has always been partial to a bit of nostalgia and the cover of his 1995 single Dagenham Dave is certainly a nod to the past as it features a young Terry Venables taken some time in the early 1960s.

Famed for his classic and often cryptic record sleeves with The Smiths, this was the second Morrissey solo single not to include an image of himself on the cover, instead featuring a black and white image of the England football coach and former Chelsea, Spurs and QPR player sticking out his tongue. 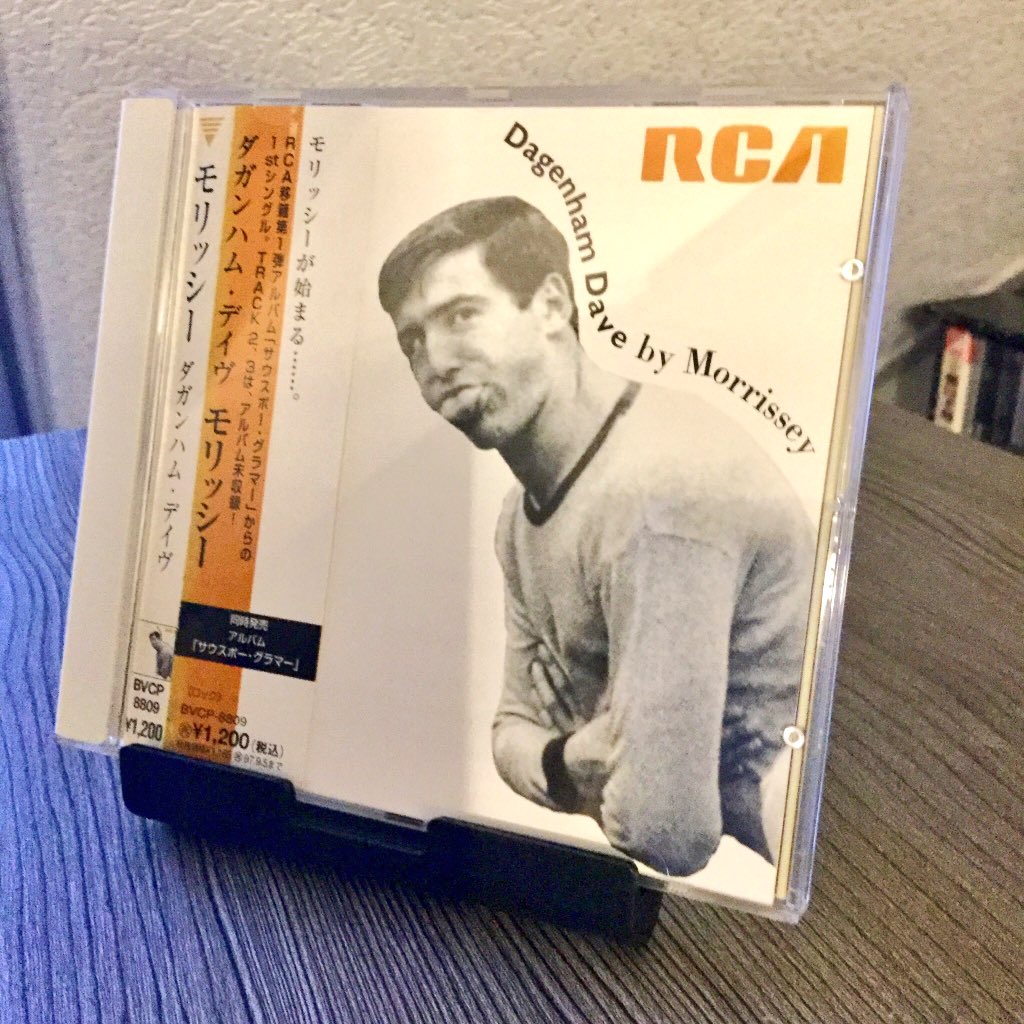 0
25
More
rugby
Alexander Obolensky - Exiled Russian Prince, Fighter Pilot,...
Exiled Russian prince, fighter pilot, and a rugby international who once scored 17 tries in a single [ ... ]
rugby
After 50 England Caps Amy Cokayne Finally Embraces Life As A...
Amy Cokayne is 23 years old and already has 50 caps for England and a Rugby World Cup final behind her. [ ... ]
mma
How Dana White Used 20 Million Instagram Followers To Take On...
When Polish fighter Joanna Jedrzejczyk went to war (and lost) with China’s Weili Zhang in the [ ... ]
sports
Prince, Tyson Fury, Jose Mourinho - Sport's Greatest Ever Press...
It is strange how quickly new trends become traditions. Every afternoon at 5pm, when most people used [ ... ]
sports
Donors, Helpers, Providers - The Sports Stars Stepping Up To...
In times of crisis, there really is something to be gained from looking around at all the good that [ ... ]
football
Speaking The Same Language As Carlo And Jose - The Life Of A...
“What do you do in the bedroom?” “I sleep with your wife.” The life of a football [ ... ]
sports
'Quarantini' Anyone? How To Stay Healthy In Mind And Body At...
Keep those spirits up, dear reader! For many of us, being confined to our homes for the foreseeable [ ... ]
football
Exclusive Leon Osman Interview:The Rooney Explosion And Ancelotti...
Leon Osman couldn’t believe what he was seeing. The Everton midfielder had heard about a young [ ... ]
mma
''A Warrior Poet...Beautiful Man'' UFC Legend Frank Mir Shares...
Former UFC heavyweight champion Frank Mir has told The Sportsman of his admiration for WBC world boxing [ ... ]
boxing
54 Years In The Game, 400 World Title Fights, Bob Arum Is Still...
1966 is a special year in sport for a plethora of reasons.  It was the year the England football [ ... ]
football
'' I Believe In Fairies'' - The Life And Times Of The Extraordinary...
Brian Clough wasn’t just one of the most quotable managers in English football’s long history, [ ... ]
sports
Retired Jersey Numbers: When Sports Stars Become Immortal
Basketball creates universal icons who transcend the sport itself. Over the past three decades or so, [ ... ]
football
From Jules Rimet To The FA Cup, The Sporting Trophies That Went...
When the World Cup trophy was stolen in London on 20 March 1966, it threatened to plunge the most famous [ ... ]
motorsport
On The Ground In Australia As Coronavirus Threw F1 Into Chaos
The beginning of a season is normally a time of high excitement as we wait to see which teams have hit [ ... ]
football
'Wizard Of Dribble' Sir Stanley Matthews Was The First Gentleman...
Sir Stanley Matthews was no ordinary footballer. His was a career which spanned some three decades, [ ... ]
winter-sports
From Wheelchair To World Title, The Amazing Katie Ormerod
Katie Ormerod is at her family home in West Yorkshire, fresh from the news that she has just become [ ... ]
football
''It Will Always Niggle'' - Leon Osman Reveals Hurt At How His...
Leon Osman has told The Sportsman of the hurt that still lingers as a result of finding out by text [ ... ]
football
The Man Behind The FA Cup: How Charles Alcock Made A Modern...
There might never have been a more significant game of football than the one played at The Oval on 16 [ ... ]
boxing
The Mike Tyson Interview: ''Living Takes A Lot Of Courage.''
Mike Tyson’s life has been a well-documented roller coaster ride. A difficult childhood, then [ ... ]
football
60 Years In Football, Sacked 37 Times...There Really Is Only...
When it comes to jobs for life, Barry Fry has it covered. The 75-year-old has been in football for a [ ... ]
football
Exclusive Arthur Numan Interview: Rangers, Romario And Rock...
“You just cannot explain it,” insists Rangers legend Arthur Numan of the intense rivalry [ ... ]
mma
Exclusive: ''I Was Mentally Broke'' - UFC Legend Frank Mir On...
Few heavyweights have ever made more Ultimate Fighting Championship appearances than that man from Las [ ... ]
sports
Real Life Forrest Gump Is On A Mission To Discover What It Means...
Rob Pope is a 42-year-old vet from Liverpool who describes himself as “your average talkative [ ... ]
football
Pele On Tour - The Times The Brazilian Legend Brought His Brilliance...
One of the most recognisable names in football, and a player who pretty much did it all at the highest [ ... ]
football
Beauty, Drama, Passion And Tragedy - Why Italia '90 Was The...
You only have to listen to the classic opening title sequence used by the BBC for their Italia '90 [ ... ]
motorsport
All Action Superhero Barry Sheene - He Loved The People And...
During my time working in the MotoGP and F1 paddocks I’ve been lucky enough to meet some great [ ... ]
motorsport
''DAS Ist Good'' - Can Anyone Really Better The Brilliant Benz...
The fireworks are exploding overhead, the music is pumping from the PA system and Lewis Hamilton, along [ ... ]
boxing
Remembering The Fight That Sparked Sports Greatest Rivalry:...
“I hated Ali. God might not like me talking that way, but it's in my heart.” Amidst [ ... ]
rugby
Know Your Knight From The Full Kit With Our Handy Rugby Fan...
The Six Nations may be all talk of the new Coronavirus and a blistering quick France, but there’s [ ... ]
football
Superclásicos Serve Up A Soap Opera Of A Final Day, With A Cameo...
Last Saturday afternoon, Hernan Crespo walked out onto the pitch at River Plate’s Estadio Monumental [ ... ]
This website uses cookies
Cookies help us and our partners provide statistics. By browsing this website, you consent to the use of cookies in accordance with our Privacy Policy and Cookies Policy.
Accept & Close