Lionel Messi conjures up magic every time he takes to the field and his 644 Barcelona goals have been out of this world. It was always going to take a superhuman to beat Pele's scoring record and the Argentina talisman is exactly that. There is no player like Lionel Messi. To mark his phenomenal feat, Budweiser sent out 644 bottles of beer to the goalkeepers he has netted past and from Gianluigi Buffon to Jan Oblak, they raised a glass to his greatness.

Every time the Argentine gets the ball, his opponents are left dazed and befuddled while supporters lucky enough to see his sorcery up close are often open-mouthed at the things he can do. When Barca are searching for a goal, it is Messi who constantly pulls a rabbit from a hat, and here we profile five of his most magical moments…

Messi had a simple pass available to him as the Athletic Bilbao midfielder stood him up, side on. Miles from goal in the Copa del Rey final of 2015, the Argentine could have kept possession and shared the responsibility but decided to go it alone.

With a quick shimmy he was gone and a slaloming run down the wing had begun. Surrounded by three players intent on halting him, he miraculously dragged the ball back then forward, in and out, and emerged from the melee untouched and unscathed. Still he had a massive job to do, but with searing ease and simplicity he cut inside, across another defender and the goal was now in front of him. Unleashing a powerful shot, he found the net to send the crowd delirious. This was one for the pantheon of great solo strikes. 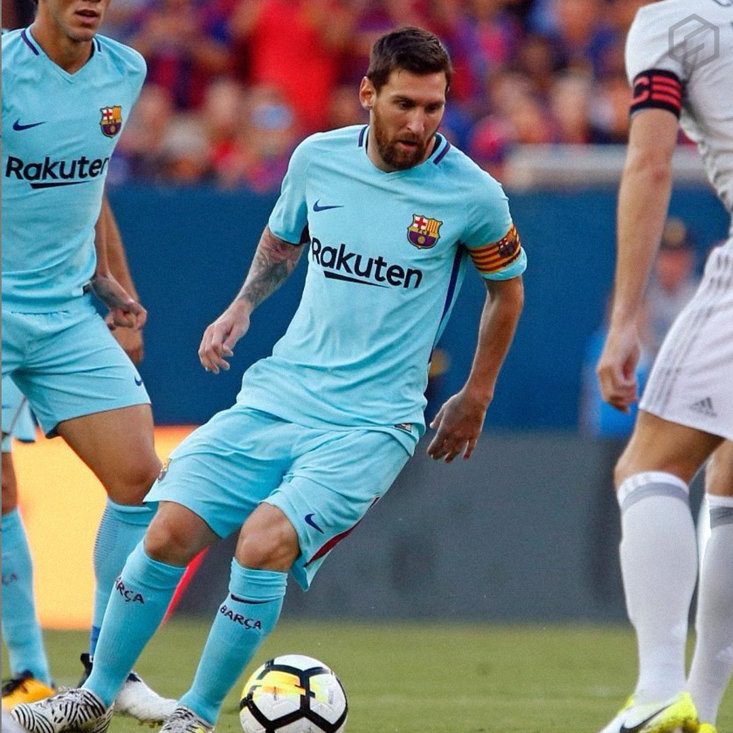 For every five magic moments we pick out from Messi’s career, there are 500 more contenders, but this goal against Getafe 14 years ago left every football fan on the planet completely gobsmacked.

Yet to wear the iconic number 10 shirt, the then 19-year-old wore his age on his back. For the Getafe players who had the misfortune of facing him on 18 April 2007, the back of his shirt was all they saw as he left them for dead.

Picking the ball up out wide on the line of the centre circle, Messi went on a run similar to the one made famous by compatriot Diego Maradona against England in 1986. Caressing the ball with his left foot, he careered forward with it and not a single player got close. Then, with the goalkeeper to beat when most would shoot, Leo coolly swept the ball around the stopper before placing the ball into an empty net.

Team-mate Eidur Gudjohnsen was all of us when he put his hands on his head in disbelief at a goal which has since been voted Barca’s best ever by fans.

El Clasico in the Champions League semi-final. Can you get any bigger in club football, really?

Well, Messi is the man for the big occasion and truly delivered when the two rivals met in Europe back in 2011. Receiving the ball deep in the Real Madrid half, he turned swiftly and was a man on a mission with only one intent, to defeat the enemy.

Marching past the Madrid midfield like it wasn’t there, he then turbo-charged at the defence so fast that Marcelo was too scared to even touch him. Sergio Ramos too was helpless. Now it was just an onrushing Iker Casillas between Messi and glory.

As the Spaniard raced out, the angle changing every millisecond, Messi swept the ball with his right boot and found the perfect route to goal. One video on YouTube plays the footage to ‘The Sleeping Beauty, Op. 66 Act I: Valse’, a frantic symphony by a Slovak orchestra which encapsulates the majesty and drama of the goal beautifully. The entire move is just art, and it belongs on the main stage. 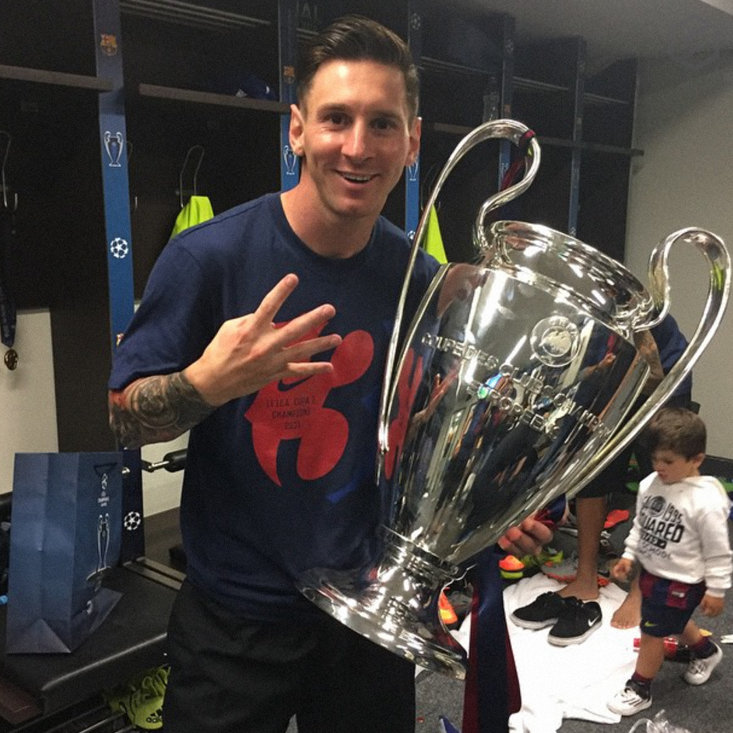 It’s 2009 and Barcelona are set to take on Manchester United in the Champions League final in Rome. This was the start of the decade-long Messi versus Ronaldo debate which still rumbles on now. Back then, former England manager Terry Venables had a clear favourite.

“Messi is wonderful on the right but Ronaldo is terrific on the right, the left and through the middle as well. He also scores goals with his head, which Messi couldn’t do even if they put a top hat on him.”

Wrong. Messi didn’t need any aid at all as he soared through the air to powerfully ram the ball into the top corner with his head. This wasn’t any header, no, this was done with the ultimate technique, his neck so strong and arced, his head so direct, his body flying through the air to meet the ball perfectly, and all in the biggest game of the season. It was a goal deserving of glory as Barcelona lifted the European Cup with a 2-0 victory.

Anything Ronaldo can do, Messi can do...

It’s the Champions League again, in 2011, and Arsenal are defending a 2-1 lead from the first leg. They’re doing it well until the last minute of the first half when they go hunting Iniesta as he plays with the ball in that mesmerising way. Ultimately, the Gunners were being toyed with.

The Spaniard keeps the ball with impeccable control as he approaches the area and, with a single touch, plays Messi in on goal. Now most attackers would have wellied the ball as Gunners stopper Manuel Almunia raced out, but Messi isn’t most attackers. The coolest man in the entire stadium at that very moment, he deftly chips it above the goalkeeper with the simplest keepy-uppie and, with the net now gaping, he rifles the ball home on the volley. Utterly insane.