Football
Features
As we enjoy the return of the Premier League, here are our picks for the five best new strips
Elliott Bretland
11:00, 13 Sep 2020

Leeds United were the first. That’s right, the Elland Road club who are back in the Premier League this weekend for the first time in 16 years, were the first club in England to sell club shirts to fans. It was 1973 and it would have set you back five of your English pounds. That’s roughly £55 in today’s money, by our calculations. What those canny (other adjectives are available) Yorkshire folk could not have known way back then, was that football shirt selling would go on to become a multi-million pound global industry. Last season alone, Premier League supporters were expected to spend £23.8m on replica shirts.

And many fans will have dug deep again this summer, to bag their team’s brand spanking new kit. So what can you get for your money? Quite a lot, it would seem. We’ve come a long way since 1973, replica shirts are so much more. Here’s a rundown of our favourites as we enjoy the return of the Premier League… 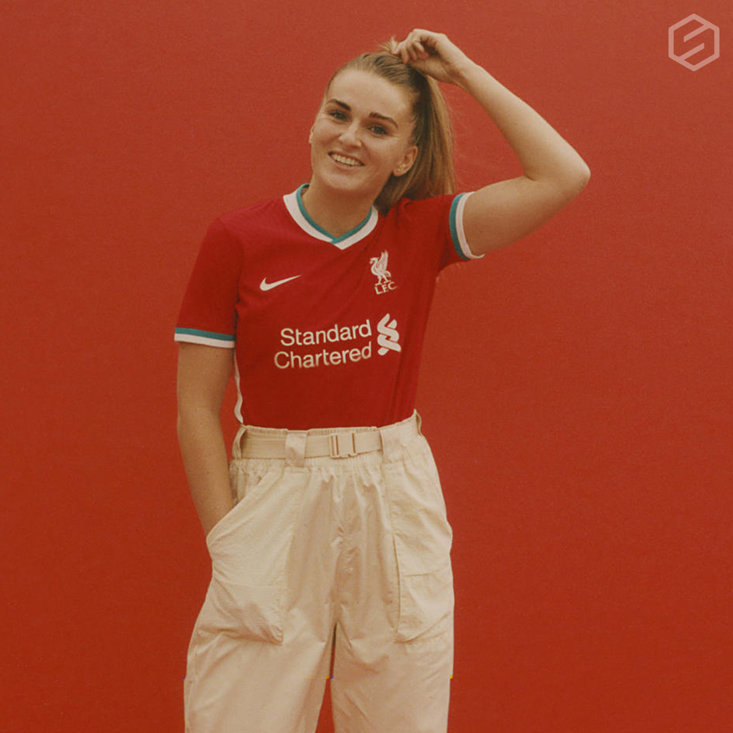 This bright red number is made entirely from 100 percent recycled polyester fabric, from recycled plastic bottles. Like we’ve said before, this is a case of Liverpool 1 - 0 Climate Change. Result!

Part of Nike’s ‘Move To Zero’ campaign, with hopes of a zero carbon and zero waste future, it’s an initiative we can certainly get behind, especially when the finished product looks this slick.

Speaking at the launch, Nike’s chief sustainability officer Noel Kinder said, “We believe that climate change is the defining environmental issue of generation because the reality is if there’s no plan, there’s no sport.”

Complimented by a hint of teal, the colour of the city’s Liver Birds, on the collar, it harks back to the mid-90s strip worn by Robbie Fowler for his rapid hat-trick against Arsenal.

City and Puma, who joined forces in a 10-year £650million deal in 2019, have gone for something different for this season, with the pattern on the home shirt a nod to Manchester’s Northern Quarter mosaics.

Mark Kennedy, the artist behind the artwork (not the former Irish City winger) said, “When I began my journey as an artist, the Northern Quarter was a derelict area that I looked at and wanted to build up. 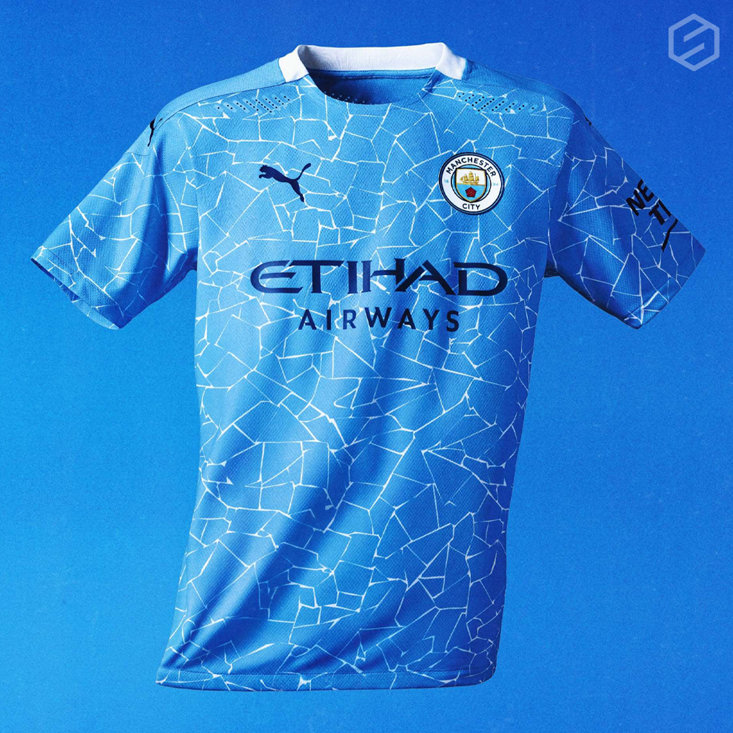 “I began creating Manchester icons using ceramic plates and tiles, integrating my own artistic style. Over time I was commissioned to create artwork for the club and the city of Manchester, so I feel very privileged to see Puma use my art as inspiration for the new City Home jersey.”

Everton and Hummel are the perfect match-up. One of the most storied football club’s in England joining forces with one of the most iconic shirt makers, it just feels the right, err, fit. 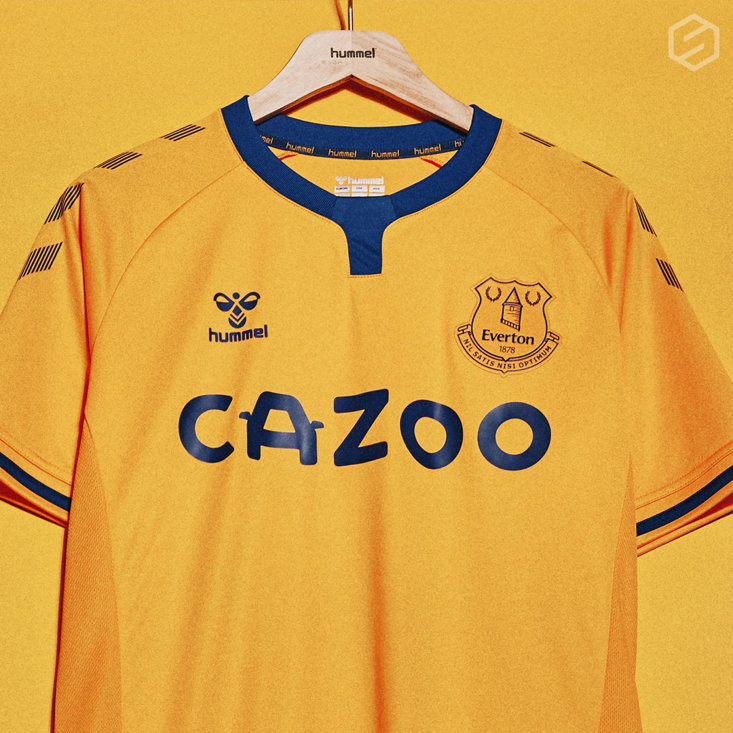 The Danish shirt manufacturer is in tune with the Toffees, sticking to the club’s traditions and producing a brilliant amber away number that was first made famous by Alan Ball, in the late 60s and early 70s. Can we expect a return of his eye-catching, white Hummel boots too? We wouldn’t bet against it.

The ‘EFC’ inscription on the back of the shirt just adds to the historical and heritage feel of this stylish number. If ya know, your history...

As soon as we saw this we were instantly taken back to Tony Yeboah hammering in balls off crossbars and running round like a madman, Gary McAllister pulling the strings in the middle of the park, and Tony Dorigo’s delightful left peg. The 1994-6 ‘Thistle Hotels’ shirt. Majestic. 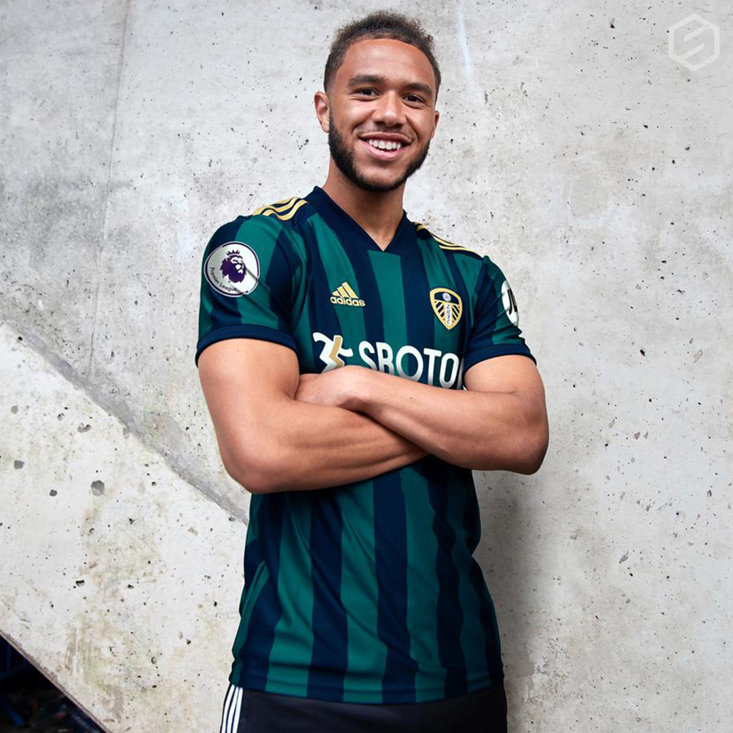 Leeds finished fifth in the Premier League the first time they donned the green and navy stripes,

Wearing the same colours away from home again this time round, after 16 years out of the big time, Marcelo Bielsa’s men can only dream of such a finish.

Back then, the shirt was designed by Asics, but the Yorkshire powerhouse are back with adidas, who’ve delved into the club’s rich past to bring forward a modern shirt, for a new era at Elland Road.

This is one bold design, but it’s giant clubs like Manchester United and massive brands like adidas, who make it work in a big way.

Former Red, Devil David Beckham, was on board instantly, sharing a snap of him chilling out in the new third kit. And if Becks likes it, that’s good enough for us. 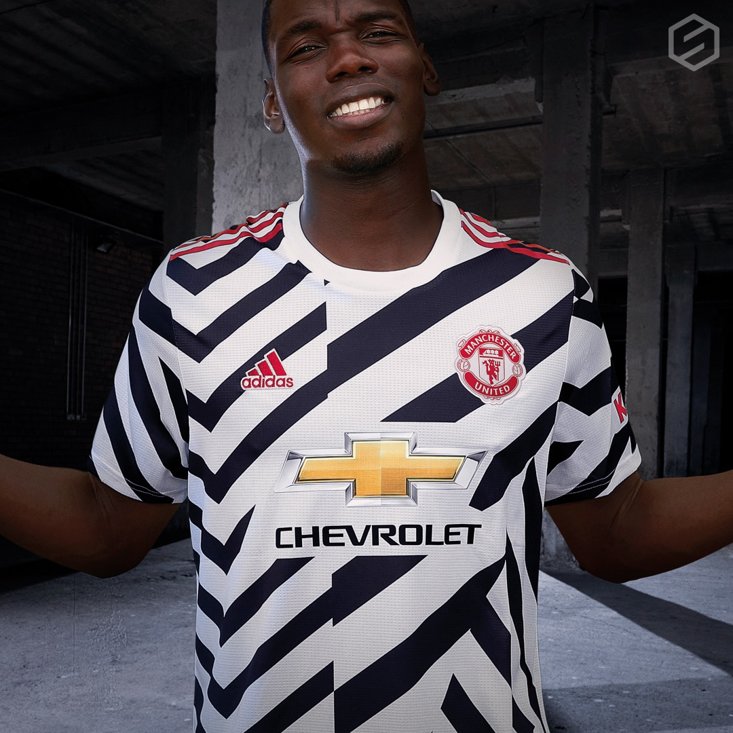 Featuring jagged cuts of stripes, such a style is actually in United’s history, after they wore blue and white stripes as an alternative during their first year at Old Trafford. This season’s strip features a ‘110 years of stripes’ to signify the kit’s heritage.

We think this one will grow admirers over time and be remembered for years to come, gaining cult status like Arsenal’s bruised banana shirt of the early 90s. Time and success will tell.

But get past that and this actually works. This strip will be worn in Europe and is a nod back to 90s Chelsea, with all things retro a massive pull right now. 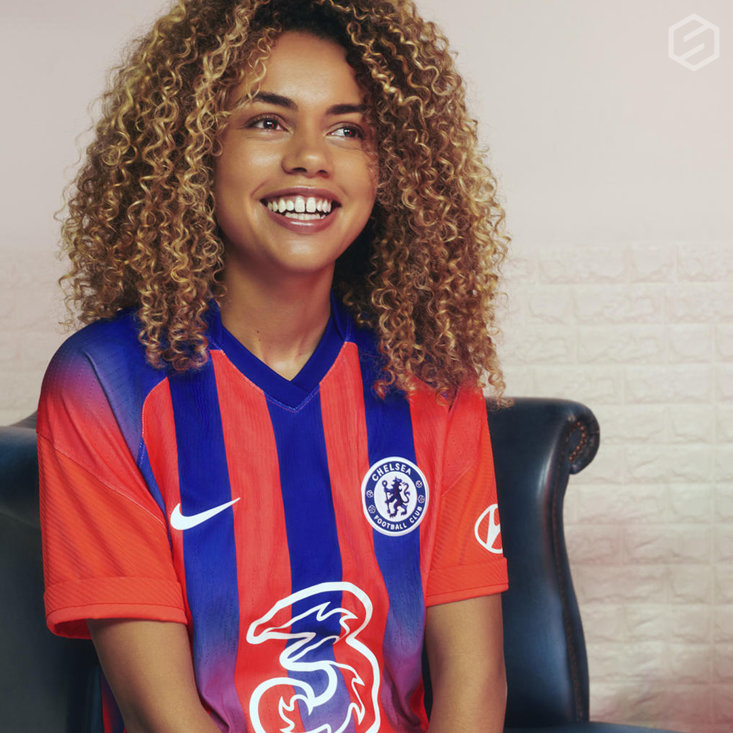 ‘The Blues’ new design is heavily influenced by the much-loved original Air Max 180, a shoe first released in 1991, and also shares the inspirations of the Chelsea kits of the era.

Should Frank Lampard’s plethora of new signings, including Hakim Ziyech, Kai Havertz and Timo Werner, do the business while wearing this, it will be looked upon fondly. This one’s a grower.