Football
Features
Wiegman will take up the England job after the Olympics
Conor Keane
08:55, 25 Jul 2021

Sarina Wiegman will have been whetting the appetite of England fans as her Netherlands side have scored an impressive 13 goals in two games at the Tokyo Olympics. The Netherlands opened their Olympic campaign with a thumping 10-3 victory over Zambia followed by a thrilling 3-3 draw with Brazil, which bodes well offensively for the Lionesses.

It has been known since August 2020 last year that the Dutch coach was going to take over as Lionesses boss from Phil Neville this year. Due to the events of Covid-19, Neville left his post prematurely to take over as the head coach of David Beckham’s Inter Miami side – who are currently struggling in the MLS.

Wiegman already has an impressive CV from her time in charge of the Oranje, as she guided her team to the UEFA European Championships title in 2017, before reaching the final of the World Cup two years ago. So, it is fair to say there was already a high level of excitement for her impending arrival. She has been blessed with an array of talent in her Netherlands squad and there have been a few stars from the FA Women’s Super League who have been standout performers during her reign. There has been Arsenal’s star striker Vivianne Miedema and her former Gunners teammate Danielle van de Donk, as well as Barcelona gem Lieke Martens and fellow winger Shanice van de Sanden.

They have an abundance of attacking threat and 51-year-old Wiegman has utilised them in a way to play with intensity and at a fast tempo, while playing to her players’ strengths. Miedema is the current top goalscorer in the tournament with two hat-tricks which is sure to catch the eye of Team GB’s top scorer Ellen White. 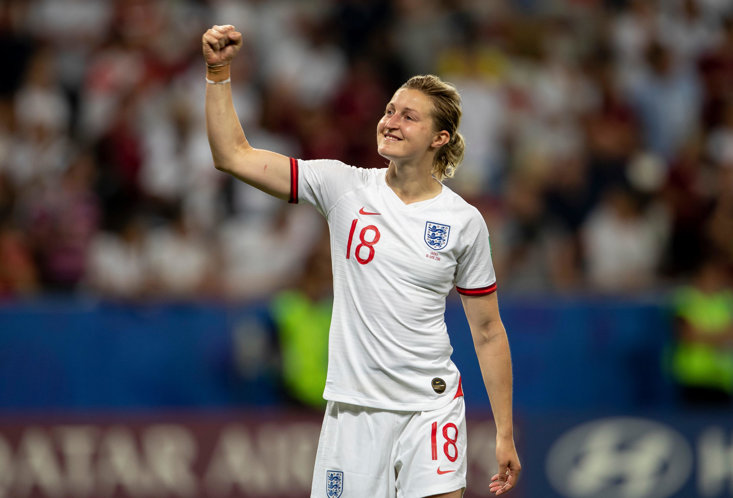 Her future side have enjoyed a brilliant start in Tokyo having won their first two matches, including a 1-0 victory over hosts Japan early on Saturday. She will have been focussing mainly on her own side for this tournament but it would be fair to say that she and her fellow Lionesses will be keeping a close eye on each other as Wiegman’s tenure as England boss is fast approaching.

The Dutch manager will have an abundance of talent at her disposal with England as the FA look to capitalise on the talent emerging from the WSL and get it into the national team. Wiegman is a proven winner and her arrival will only boost England’s chances of silverware on the biggest stage. She will look forward to working with White and it is very likely that she will closely monitor the development of rising star and new Chelsea striker Lauren James.

The 19-year-old is playing at a level beyond her years and it will be interesting to see how she fares in her first season at the Blues under the guidance of renowned coach Emma Hayes. Wiegman will look to call upon some young stars to be the spine of her Lionesses squad for the Euros next summer and beyond. As James is looking closer and closer to the national team, it may be Wiegman who hands her her senior England debut in the coming months.

One thing is for certain, England are welcoming a world class manager from the women’s game into the fold. She could well be the woman to deny Team GB gold this summer, but for England, the future’s bright, the future’s Oranje.