Gabriel Agbonlahor is Villa through and through. A boyhood fan, he spent thirteen years as a player at Villa Park having come through the youth ranks.

Finding the net 86 times in 391 appearances for the Midland giants, Agbonlahor scored 16 goals in the 2009/10 season as the Villans qualified for Europe.

Part of Martin O’Neill’s stellar team along with Ashley Young, James Milner, John Carew, Martin Laursen and Gareth Barry he was famous for his lighting pace, defenders had no chance as he raced towards goal. Head down, he was on a mission

Just like Jack Grealish, ‘Gabby’ even achieved his dreams of scoring against Birmingham City and was capped by England three times.

Speaking to The Sportsman as part of our ‘Sutton’s Big Games’ series, he sat down with his former team-mate to reminisce about the day he scored a perfect hat-trick (right foot, header, left foot).

After being left out of Fabio Capello’s England squad just before the start of the 2008/09 season, Agbonlahor had a point to prove and it was Manchester City on the opening day of the season who bore the brunt of his frustrations.

He grabbed three goals in a 4-2 home victory but the famous hat-trick ball, that belongs to his Dad...

“Even to score one goal at the Holte End is massive for anyone, especially as a local lad, but to get a hat-trick was a bit crazy!” he said. “If you look back there’s only a few who’ve got a quicker hat-trick.”

Netting three times in just seven minutes, it is one of the fastest hat-tricks in Premier League history after Sadio Mane and Robbie Fowler’s trio of goals for Southampton and Liverpool respectively.

So, was he thinking about the third as soon as he’d grabbed a brace?

“I was thinking of a hat-trick but more about the win. It was the first game of the season and there was a lot of expectation on the squad and it was to get the win really.

“Our hopes were to break into Europe, get in the European positions and bring European football here.

“That third goal, I remember John Carew doing a little flick in that corner then Gareth Barry putting me through. He’s always going to put the right pace on the pass and then when I got through I just tried to get a finish off.”

Despite his heroics, it wasn’t all plain-sailing and one City defender in particular made life hard in the first-half.

“My friend Micah Richards was centre back and I couldn’t get past him,” he admitted. “That’s me being honest.

“He’s a great defender who matched me for pace and strength and I just couldn’t get past him so I went into halftime thinking, ‘I need to go at the other centre half here', I wasn’t getting any joy and it was quite a bad first half but in the second half it changed.” 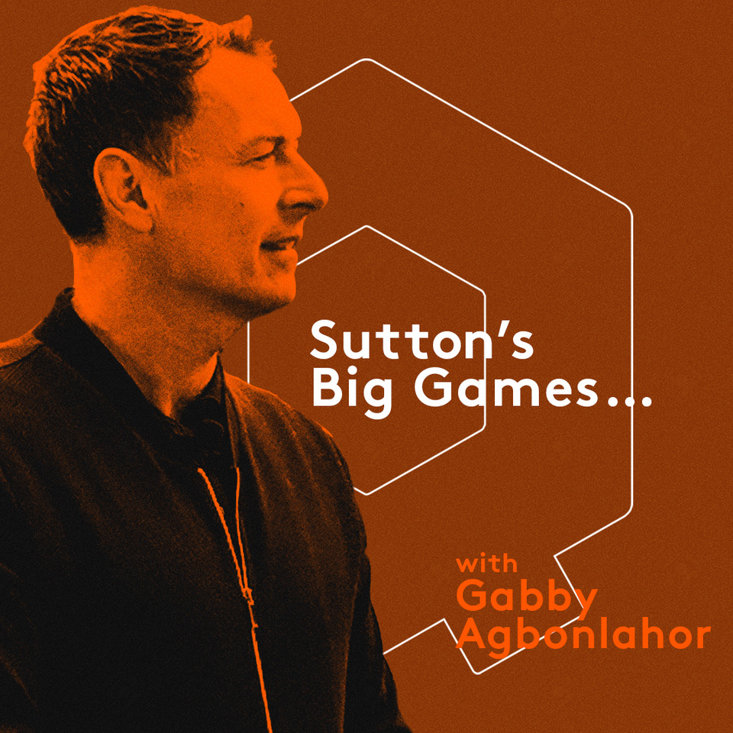 Change it did. Back out for the second half, Gabby found his scoring touch and had the beating of City’s backline.

“So my first goal was a cross to the back post. I think it was Curtis Davies who headed it back across and I sort of got in front of the defender, he gave me a little nudge and I side-footed it into the net.”

It was no fluke, he insists: “I just tried to get anything on it. You know what they say, ‘Use the side of your foot when you’re close’ and it was nice to get that goal.”

The second goal came immediately after and this time, he didn’t need to be so clinical.

“We always had Gareth Barry on that left hand side of midfield making runs into the channel and I think Ashley Young put him through.

“I got into the near-post space and luckily no one was marking me so it was a free header and I put it into the roof of the net.”

Then came the moment, the hat-trick.

“When I was running through, from what I remember, I think I took a touch onto my left foot because I knew Micah was coming to my right side.

“I knew he was catching me bit-by-bit so I just wanted to get it away from him and Joe Hart made my mind up for me as he ran out and I lifted it over him.”

He’d got the win for Villa and also sent a message to England boss Fabio Capello.

“I was quite disappointed not being in the squad, but when I look back at it now, the choice of strikers had was unlimited so it was tough to get in that squad.

“I just wanted to try and do my best in that game and try and change the manager’s mind.”

His only hat-trick, but he's not got the match ball. His father stepped in a walked off with that prized possession.

"It was my only hat-trick and my dad kept the ball, he took it off me to be honest," adds Gabby, "He does that with everything! He’s got it framed in his house, I’ll have to try and get it back one day."