Former WBA super flyweight champion Kal Yafai is confident his brother Galal will take the gold medal in Saturday’s Olympic final, saying victory will mean everything to him and his family.

Galal has the chance to win Team GB’s first gold medal in boxing at Tokyo 2020 in the men’s flyweight final, taking on the Philippines’ Carlo Paalam.

His eldest brother Kal, who represented Britain at Beijing 2008, is confident Galal has what it takes to become Olympic champion and he is confident he will triumph.

“I’m confident he’s going to take the gold on Saturday,” Kal tells The Sportsman. “I’m really happy for him and I’m proud of him because he’s worked really hard for it.”

Speaking about Galal’s form in the build-up to the final, Kal insists his brother has improved with each fight against impressive opponents.

“He’s been brilliant, he started off his Olympic campaign with a stoppage against Koryun Soghomonyan, who is a good fighter.

“He struggled a bit with the Zambian [Patrick Chinyemba], who was a very awkward fighter, but then he put it right in the quarter-final against the Cuban [Veitia Yosvany] and put in a great performance there and it was the same again in the semi-final against a world medallist from Kazakhstan [Saken Bibossinov]. He’s flying.”

Having competed in Rio five years ago in the light-flyweight category, Galal has come leaps and bounds from his round of 16 exit, becoming the Commonwealth Games champion in the same weight category in 2018 before moving up to flyweight.

Thirty-two-year-old Kal feels that the last five years have helped prepare and contribute to his brother’s success in Tokyo.

“I think the main thing is experience. What people don’t realise is he went to Rio 2016 and he was a novice, he probably had around 20 fights. He got onto the GB programme at the end of 2015, and he was still working at that stage. He then qualified for Rio but qualifying for these Worlds and Commonwealth Games, it’s all put him in good stead,” says Yafai. 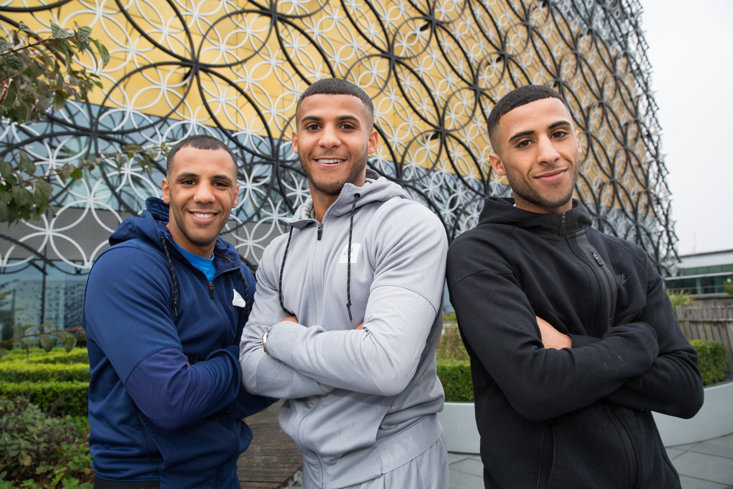 Kal acknowledges that his brother is guaranteed a medal, but the gold would mean so much more to their boxing family, with their other sibling Gamal being a professional super-bantamweight who held the European title until May this year.

The Birmingham-born fighter says he has offered his advice to his younger brother ahead of the biggest fight of his career so far.

“Just keep doing what you’re doing, stay calm, which he is, he’s quite relaxed but as soon as that bell goes he’s a man-possessed and he will jump straight on them,” adds Yafai.

There were two occasions before these Games when Galal considered turning professional, first at the end of the Rio Olympics and again when the Tokyo Games were postponed last summer. His brother feels that the fighters he has faced in Tokyo so far will have provided him with the perfect experience to come away and turn professional.

He explains: “It’s stood him in good stead because he has fought top fighters. It’s not very often you see a British fighter come across a Cuban and a Kazakh and beat them both in the Olympic Games, and he has.

“Fighting those kinds of kids, they’re world-class operators and it will stand him in good stead, especially with all the WSB titles which are like pro fights. He’ll be more than ready to step up when he gets back and once he starts his pro career, I’m sure it will be an exciting one.”