Boxing
Features
Paying tribute to a heavyweight champion who deserved so much more
Kieran Spratt
16:00, 05 Jan 2021

The boxer, who brought an aura of invincibility and fear to the ring that would make ‘Iron’ Mike Tyson cower, had just fought, and won, on American television for the first time in seven years. Severely lacking in self-esteem, he’d been on a lifelong journey to find acceptance and now, against all odds, he was within touching distance of maybe finally receiving it.

Sadly, that boxer never would reach the top again. Heroin, the mafia and a string of hangers-on already had an iron-clad grip on his destiny. Within three years he would be dead, his bloated corpse remaining undiscovered for around a week before being discovered on 5 January 1971. An unceremonious end to one of boxing’s greatest warriors.

The 24th of 25 children, born into a sharecropping family in Arkansas, Sonny Liston’s actual date of birth remains unknown but 8 May 1932 is the date Liston believed to be close enough and one he’d stick with for official purposes throughout his career.

“I had nothing when I was a kid but a lot of brothers and sisters, a helpless mother, and a father who didn’t care about any of us,” he once said. “We grew up with few clothes, no shoes, little to eat. My father worked me hard and whupped me hard…” 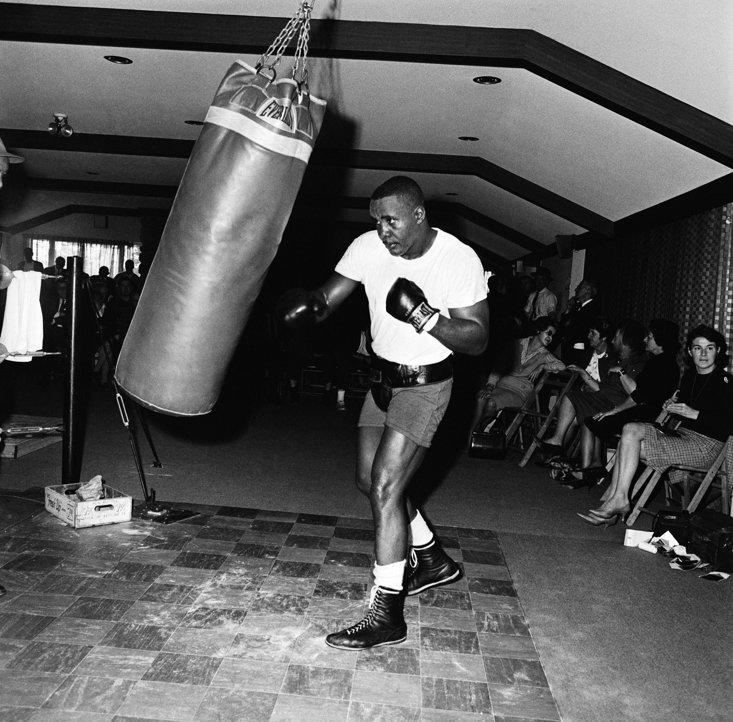 In 1950, he was arrested for the armed robbery of two gas stations and a diner and pleaded guilty to two counts of first-degree robbery and two charges of larceny, and was sentenced to five years on each charge to run concurrently.

It was in prison that Liston would finally find the first authoritative figure to ever show any kindness towards him, when a Catholic priest took him under his wing and gave him his first taste of boxing.

While Floyd Patterson and Sweden’s Ingemar Johansson were trading the title back and forth with one another at the top, Liston was decimating his way through the rest of the division’s ranks.

Liston would lose the title in his next fight against a young Muhammad Ali, then named Cassius Clay, in the first of two fights that would sadly define his career to many. 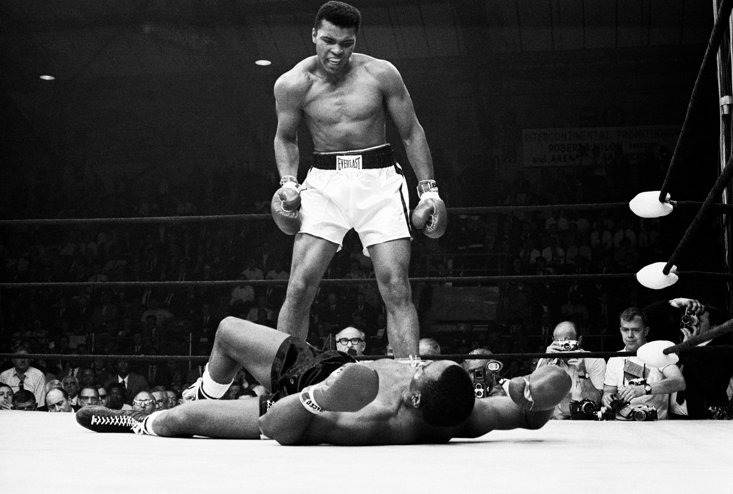 On 5 January 1971, Liston’s wife, Geraldine, after returning from two weeks away, found her husband's rotting corpse at the foot of their bed in their Vegas home. His death is still mired in controversy, some believe it was merely Liston’s heroin addiction gone horribly wrong, others believe it was an elaborate mafioso hit - regardless of how and who, it was a dreadful conclusion to the life of a man who just wanted respect.

He’ll never go down as the greatest heavyweight of all time but it’s imperative he should at least be remembered for what he was; an exceptional fighter in the ring and an entirely misunderstood figure out of it.

Liston was buried in Palace Memorial Gardens in Las Vegas, and his grave simply reads “A Man”.

This article first appeared in The Sportsman on 08/05/20