You know our love for Kobe Bryant, we’re unapologetic in our praise and admiration for the Los Angeles Lakers’ all-time leading scorer. Not just for what he brought to basketball, but for his influence beyond the court, from style to social justice. On this day 24 years ago, he made his record-breaking debut for the team he would play for throughout his illustrious career. The team he would go on to symbolise more than anybody else, the team that paid special tribute to him when they won their first NBA championship in a decade last month. But what do we know about the rookie Kobe Bryant, the 18-year-old? We take it back to where it all began for the man that became Mamba….

Youngest player in NBA history thanks to a $3.5m contract

The young Kobe began making history from the get-go. He became a millionaire virtually overnight when he signed a three-year contract with the LA Lakers, worth $3.5m. And he went down as the youngest player in NBA history when he took to the court for the start of his pro career, aged just 18 years, two months and 11 days. He was clean out of high school, where he was named USA Today’s National High School Player Of The Year, and took pop singer Brandy to his prom, with pictures popping up in People magazine. Of course he’d go on to earn an estimated $680m over the course of his illustrious career, but this was where it all began. 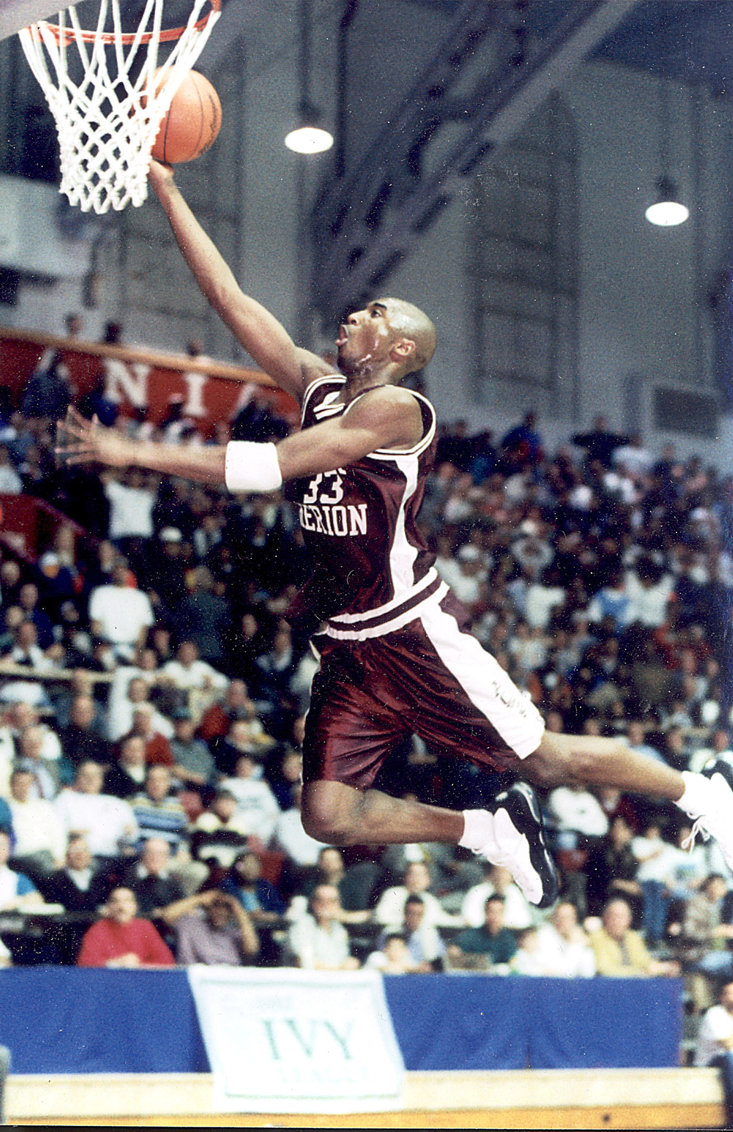 Before the emergence of the Black Mamba, the Kobe System, and the most-worn line of signature shoes in the NBA, Bryant belonged to adidas. Weird, right? New to the pros, the teenager signed on the dotted line in a six-year deal believed to be worth $48m. A deal that was offered to him and his parents before he was even drafted. His first kicks from adidas were called the EQT Elevation, and in his maiden year he made a statement in them by winning the 1997 national Slam Dunk Contest. A new generation of basketball fans sat up and took notice of adidas for the first time. Of course, we know it didn’t last. Kobe bought himself out of his adidas contract in 2001 and jumped ship to Nike and the rest... well, you know the rest.

Fresh out of the NBA draft in October 1996, Bryant made a guest appearance as himself in the hit sitcom Sister, Sister. He shows up at school to supposedly shoot an ad, and comes out with the memorable line, “When I’m not in training, I’m headed for Wally’s Waffles, home of the hot-buttered flapjack.” Flexing his acting skills further, later that same year he appeared in another teen smash called Moesha. But this wasn’t much of a flex, his ‘character’ was a high school star basketball player who asks Moesha (played by Brandy, yes, prom night Brandy) to take his tests for him so he doesn’t lose his sports scholarship. Method acting on another level. There were also appearances on chat shows, including The Tonight Show and the Rosie O’Donnell Show.

Here’s the important/astonishing part, this all happened without him playing a single second of NBA or college basketball. Extraordinary. Kobe continued to dip in and out of acting (read: playing himself for fun) throughout his career, but in 2018 he landed himself an Oscar for Best Animated Short. He was executive producer on the animated short film, ‘Dear Basketball’, which was based on a poem he wrote about his retirement. Even more extraordinary. 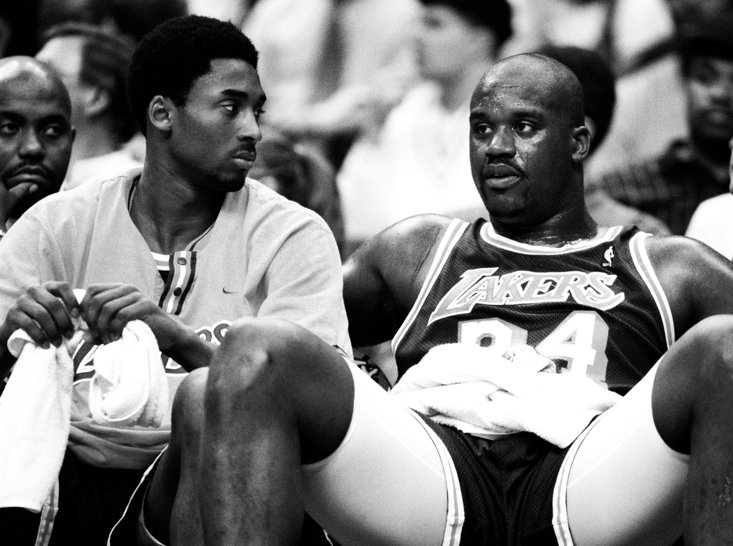 Brad Pitt, U2 and Salt-n-Pepa... just some of the major showbiz names to feature in Rolling Stone magazine in 1997. Kobe Bryant, still only 18, was also of interest to the iconic publication. The writer was in the changing room (I know, can you imagine a reporter allowed inside a Premier League changing room?!) not to interview Shaquille O’Neal, the biggest name in basketball at the time who’d just signed a $120m contract, but to speak to the rookie fresh out of high school.

Rolling Stone’s Chris Mundy was on a mission to find the real Kobe Bryant, the teenager who was already being hyped as the new Michael Jordan. And his profile, which came out in 1998, revealed the tension that existed between the man they called Shaq and the newcomer we’d come to know as Mamba. The pair fell out spectacularly after winning three consecutive NBA titles together from 2000 to 2002. Mundy wrote about the swarm of reporters gathered round Bryant, even though the kid hadn’t even started the game, and asked Shaq if he resented the attention the rookie, who he liked to call ‘Showboat’ was getting. “This is all about business,” he told the Rolling Stone writer. “Attention is like money – there’s enough to go around for everybody.”

Mundy goes on to write that seconds later Shaq began to sing to the tune of Whitney Houston’s Greatest Love of All: “I believe that Showboat is the future/Call the play and let that mother-fucker shoot.” The tension was real and it was there from day one.

x
Suggested Searches:
Manchester United
Liverpool
Manchester City
Marcus Rashford
Premier League
More
sports
Serena Turns 40: The Sporting Legends Who Turned Back Time To...
Sport has always been a young person’s game. For years we have been blown away by the talents [ ... ]
football
Aaron Ramsdale Has Proved He Is Arsenal's Number One Despite...
Aaron Ramsdale’s arrival at Arsenal was far from positive. For most fans, it seemed silly to spend [ ... ]
horse-racing
The Day Frankie Dettori's Magnificent 7 Cost Betfred £3.5 Million
“I wrote a full chequebook of 50 cheques the next day, the smallest win was £10,000, the [ ... ]
football
Sol Campbell, An Empty Press Room And The Greatest Secret In...
The number 23 shirt was primed and ready. The move that would see goalkeeper Richard Wright join Arsenal [ ... ]
boxing
Fever Pitch: Boxing’s Greatest Football Stadium Superfights
Anthony Joshua and Oleksandr Usyk face off this Saturday for three-quarters of the heavyweight championship [ ... ]
motorsport
Can Sochi Specialist Valtteri Bottas Win Mercedes The Constructors'...
There’s not going to be much at all to split Max Verstappen and Lewis Hamilton for the Drivers’ [ ... ]
sports
Good Friends, Better Enemies: Five Sets Of Teammates Who Hated...
United States teammates Bryson DeChambeau and Brooks Koepka are reportedly looking to squash their long-standing [ ... ]
football
Robbie Fowler By Numbers: From L8 to Liverpool Legend
A ferocious storm straight from the heavens hit west London on Wednesday 22 September 1993. Craven Cottage [ ... ]
football
What Will Cost Your Team The Premier League Title?
Just five weeks in, the Premier League table has already taken shape largely as expected. The four teams [ ... ]
football
''I Believe In Fairies'' - The Life And Times Of The Irrepressible...
Brian Clough wasn’t just one of the most quotable managers in English football’s long history, [ ... ]
football
Remembering Saint & Greavsie: Legends In Their Own Lunchtime
Today we sadly lost one of England's greatest ever players. World Cup winner Jimmy Greaves is still [ ... ]
boxing
Ken Norton, The Former US Marine Who Used A Self-Help Book To...
Not a soul in attendance, even in his adopted hometown, believed Ken Norton had a chance of beating [ ... ]
football
Matip, Gomez Or Konate: Who Is Virgil Van Dijk's Perfect Partner...
We saw the very worst of Liverpool’s central defenders last season as an injury crisis stripped [ ... ]
football
Fantasy Premier League Gameweek 5: How To Balance Ronaldo And...
We are straight into another FPL gameweek and if you have managed to make it this far without playing [ ... ]
football
David Moyes' European Expeditions: What Do West Ham Have In...
This will be David Moyes’ sixth European campaign, as the experienced Premier League manager embarks [ ... ]
boxing
Ali’s Last Great Night: When The Greatest Turned Back The Clock...
Muhammad Ali made a career out of proving people wrong. His artistry in overcoming adversity inside [ ... ]
football
Mendy's Epic Journey: From The Dole Queue To The Champions League...
It’s July 2014 and Edouard Mendy has nothing going for him. He’s just suffered back-to-back [ ... ]
tennis
Richardson, Henman And Wade: The Stars Behind Emma Raducanu's...
Emma Raducanu’s US Open win will go down as one of the best sporting achievements of the century, [ ... ]
football
Chelsea vs Zenit: Andre Villas-Boas Is The Forgotten Manager...
When Chelsea meet Zenit Saint-Petersburg in tonight’s Champions League encounter, both sides know [ ... ]
football
Can Young Boys Boss David Wagner Be Manchester United's Kryptonite...
On a rainy night in Yorkshire, David Wagner savoured one of his greatest managerial moments. His Huddersfield [ ... ]
football
VAR Is The Future But Full-Time Referees The Priority In Women's...
The officiating in the Women’s Super League was once again called into question this weekend as [ ... ]
tennis
US Open Champion Emma Raducanu Is The Talismanic Modern British...
Emma Raducanu’s US Open win was historic. The 18-year-old became Great Britain’s first female [ ... ]
football
The Mark Viduka Game: When Leeds United Beat Liverpool 4-3 In...
Everybody loves Leeds United these days. Their carefree style, their bucket-loving manager, their attractiveness [ ... ]
tennis
Emma Raducanu Following In The Footsteps Of The Great Virginia...
It’s been 44 years since Great Britain had a female Grand Slam champion, but US Open wildcard [ ... ]
football
Fantasy Premier League Tips Gameweek 4: How To Recover From...
We are back! After a weekend off that saw England and Wales drop points in their bid to reach the Qatar [ ... ]
tennis
Why Novak Djokovic Is Three Games Away From Male Tennis History...
Only five people in history have ever won a Calendar Slam. That’s the Australian Open, French [ ... ]
football
Vienna Waits For Scotland As World Cup Hopes Hang In The Balance
“But you know that when the truth is told, that you can get what you want or you can just get [ ... ]
football
Wales, Golf, Madrid: Have Gareth Bale's Priorities Changed In...
Wales. Golf. Madrid. In that order. The banner that Gareth Bale proudly displayed after his country [ ... ]
golf
Patrick Cantlay's Journey From Personal Tragedy To FedExCup...
“You don’t know how you’re going to react in that situation,”  Patrick [ ... ]
football
Man Utd's Attacking Depth Is Set To Make Jesse Lingard England's...
Under normal circumstances, an attacking midfielder who had just scored twice for England in front of [ ... ]