There was 3000ft of sheer granite between Emily Harrington and greatness. The monolith had proven her folly almost exactly a year before, and there would be a few close calls before she could claim to conquer it. El Capitan in Yosemite National Park, California had stood for an estimated 100 million years before Emily became the first woman to free climb its notoriously gruelling ‘Golden Gate’ route.

One of the most famous natural structures on the planet after recent exposure in the climbing documentaries Free Solo and The Dawn Wall, only three people - all men - had ever free-climbed the Golden Gate route in under 24 hours. And now Harrington had claimed it for womankind.

“In order to climb El Cap in a day you have to cut corners,” Emily, 34, would relish to Today in the aftermath. “For me it was balancing what type of risk I was willing to take in order to sacrifice safety for speed.” 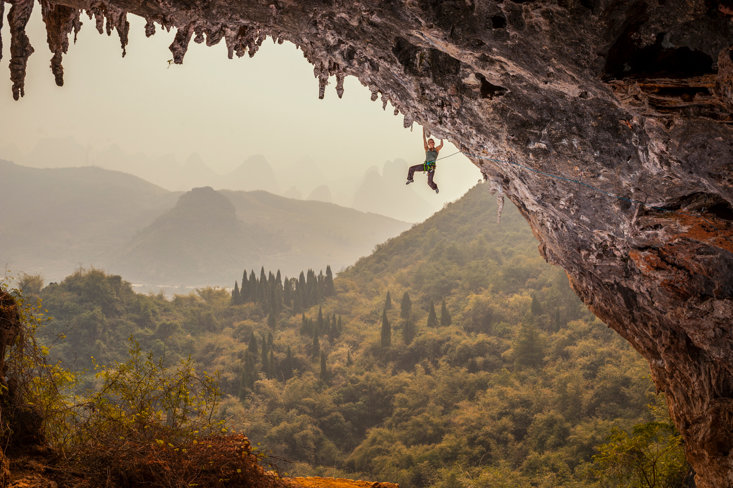 Hailing from Boulder, Colorado, a city at the foothills of the Rockies, it was to be expected that Emily would find sure-footing. Today she is a professional rock climber and adventurer who has been racing up rocks since she was a teenager. Her early years were defined by her successes on the USA Climbing Team on the national and world competition circuit, including five US National Sport Climbing Championships and two North American Championships. Finding her calling in outdoor events among the toughest natural terrain, she submitted both Mont Blanc and Mount Everest in 2012. Her expeditions took in Nepal, China, Myanmar, Crimea and Morocco. With success in her native US, however, Emily, entered the record books.

Using her wealth of experience to produce leg-spitting manoeuvres, negotiate razor-sharp cracks and handholds, and mentally conduct herself with just a simple rope for safety, the route up El Capitan had been a long-held dream that seemed intent to remain just that.

“One of the reasons I decided to do it was because the first person, human being, ever to free climb El Capitan in a day was a woman - via another route called The Nose - Lynn Hill, who did it in 1994,” Emily would explain. “When I first started climbing, she was a huge inspiration to me. It became something that was always in the back of my mind, but I didn't think I would be able to do.”

Stretching upwards of 2300 metres, mounting a rock formation two and a half times as tall as the Empire State Building, and more than three times as high as the tip of the Eiffel Tower, El Capitan has long remained a mountainous Mecca.

In the dead of night, at 1:34 am on November 4, Emily Harrington began her climb. Twenty-one hours and 13 minutes later she made history, accomplishing a route no woman before her had managed before. 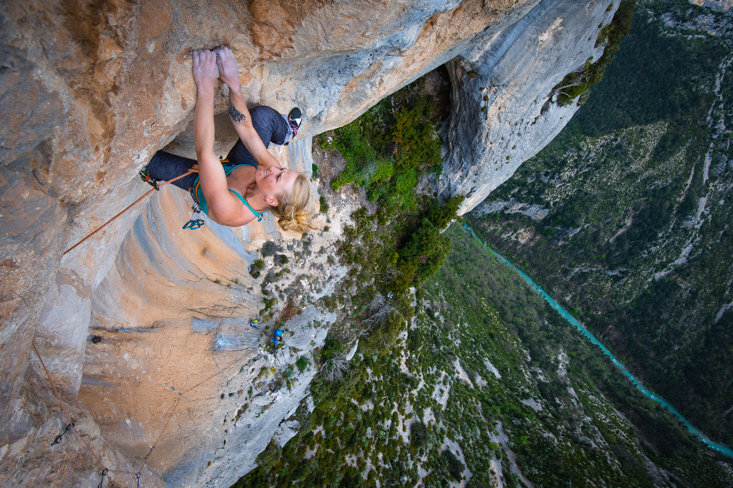 The course is navigated via a roleplay, with a support climber alternating with Emily, to whom they are connected via rope - to move ahead. Alex Honnold, the superlative-defying star of the aforementioned Free Solo, accompanied Emily on the first two-thirds of the ascent, as her belay partner – the person who climbs behind and tightens and slackens the safety rope. Her boyfriend and fellow climber Adrian Ballingher, would be her companion for the rest of the climb. But so would a nasty gash on the forehead.

For at the 13a Golden Desert pitch, she fell.

“I was climbing one of the harder pitches and I just had a slip,” Emily described. “It was really hot, the sun was out and my foot slipped off and I just came into the wall really weirdly. Immediately there was just blood everywhere, because head wounds bleed...a lot!

“We took a bit of time to assess whether I had any concussion or whether there was anything more serious going on. We found out there probably wasn’t so I decided to give it one more try…”

That ‘one more try’ led to the record-breaking accomplishment, though the accident, she admitted, ‘almost took my resolve’.

She climbed on. And on. And on. There had been almost a whole turning of the Earth since her beginning from the bottom, all the way from stepping across that beautiful meadow at the base. 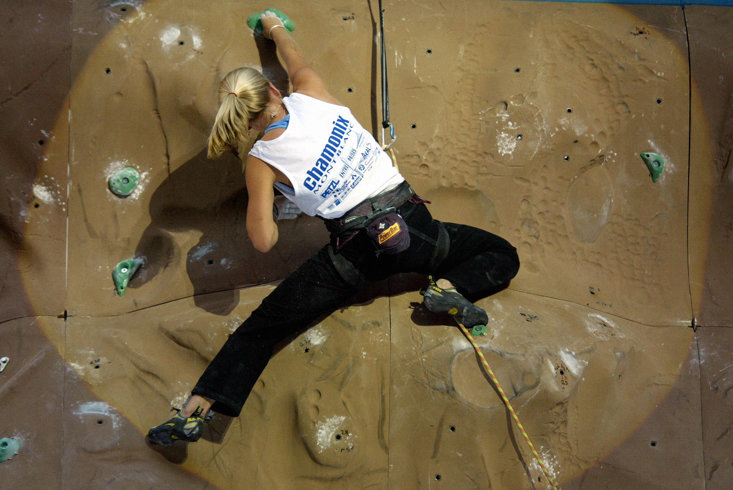 “Part of me is glad that it’s over,” Emily vehemently stated. “Part of me didn’t want to continue going. I was really exhausted. But I kind of decided that I owed it to myself, and to give it one more shot. In the end, I was successful.

“And for me, to experience that edge, is climbing.”

A route typically takes experienced climbers between four and six days to complete. Emily had managed it in less than 22 hours.

Fear had been real. Fear of failure, fear of the fall, fear of fear itself. But Emily Harrington had prevailed.

“I don’t believe that is a thing. I think once you feel that it’s there, you have to exist with it and move through it.”