September 20th, 2009. Not only the day that Bryan Cranston picked up his first Emmy but also the day Michael Owen slid the ball past a desperate Joe Hart to score a last-minute winner for Manchester United in a memorable thriller against Manchester City. Sir Alex Ferguson had shown Walter White-esque ingenuity in replacing Dimitar Berbatov with the ageing Englishman to seal all three points in the final Manchester derby of the noughties.

What a decade that was for Manchester United under their legendary manager. They won six of the 10 Premier League titles available, matched Liverpool’s record of 18 league trophies and won their second Champions League title in Moscow in 2008. Although the seeds had been sown by the then-moniked ‘noisy neighbours’, few in red could have predicted the way that the next 10 years would pan out.

The ‘Teenies’ (...or whatever it is this decade is going to be remembered as) has seen Manchester City go from cash-rich wannabes to the dominant force in the Premier League, while over at Old Trafford the Red Devils have simply not recovered from the departure of Sir Alex.

Derbies in the early part of the decade were occasions to be treasured, the up-and-coming mouthy underdog fighting away against the big bully of the Premier League. United still had the edge, winning league titles in 2011 and 2013 to take them to that magic figure of 20, but those successes came either side of Manchester City’s first Premier League success and the way they won it was the ultimate tipping of the scales.

There was something about City’s 6-1 Old Trafford win that season which spoke to a larger power-shift. Edin Dzeko netting the visitors’ sixth goal against the backdrop of tens of thousands of empty seats summed up so much about the changing times. 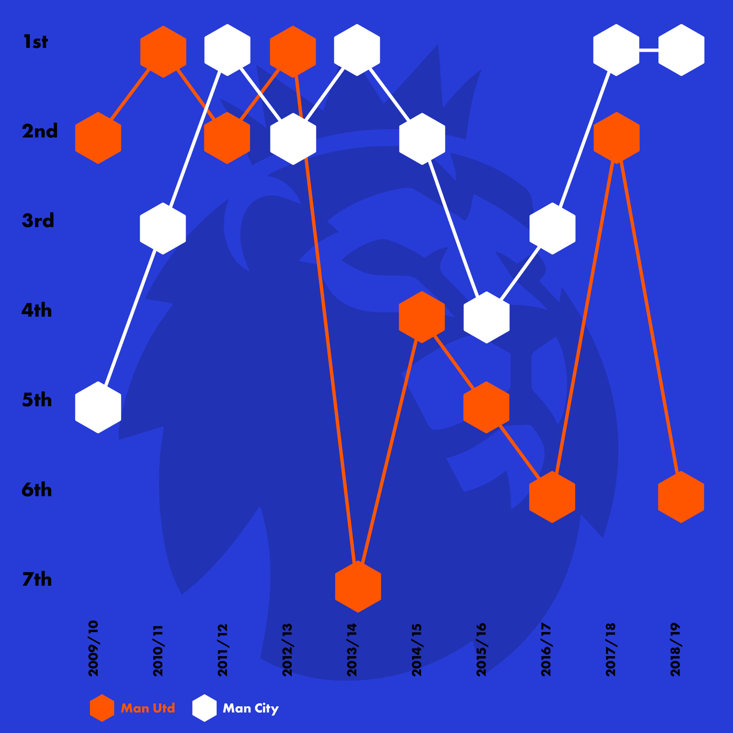 Of course, Fergie’s perfect farewell would be to bring the title back to Old Trafford the following season, and he left with a speech which asked for hope, ambition and loyalty under incoming boss David Moyes.

“Your job now is to stand by your new manager... I wish the players every success in the future. You know how good you are, you know the jersey you're wearing and you know what it means to everyone here. Don't ever let yourselves down. The expectation is always there.”

Those words perhaps hold more weight now for Manchester United fans than ever before. Moyes lasted just 10 months and, since his departure, the club have been through two more world-class managers and have failed to come anywhere close to winning the Premier League title.

Meanwhile, in east Manchester, the club have gone from strength to strength, and the investment has been huge both on and off the pitch. The season after Fergie left they regained the Premier League title as their fiercest rivals finished down in seventh, and ever since then there has only been one dominant team in the northern metropolis.

Under Pep Guardiola, things have reached a whole new level for Manchester City. Although they are still chasing that elusive Champions League, they recorded a quite ridiculous 198 points across their last two title-winning campaigns. They have broken almost every Premier League record, whether it be for most wins, most points or most goals and along the way swept aside everybody in their path, even Manchester United. 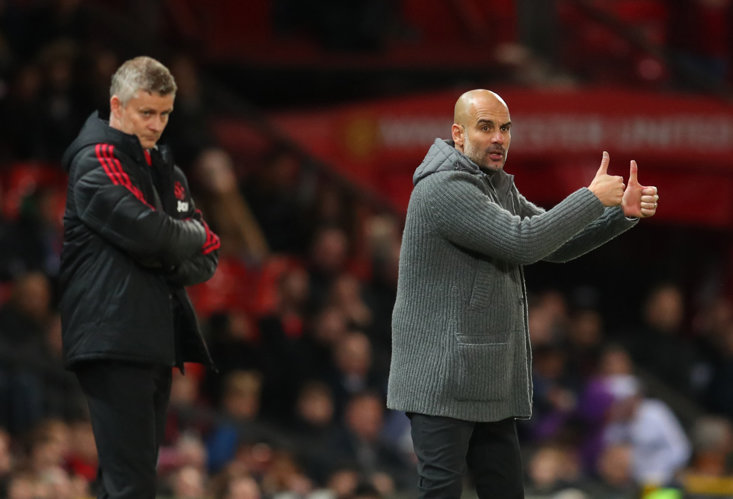 A telling statistic is that United haven’t won a derby at home since 2015. Their win at the Etihad to stop City clinching the title against them in 2018 is their only league success since Guardiola took charge in the summer of 2016, but it has been the dominant manner of City’s victories that has set them apart from their rivals.

The pendulum has swung. City came into the decade as wannabe title challengers and now they have four to their name. United came in as the dominant force and are now struggling to make it into the top four. In the Premier League, the record for the decade makes for tough reading for those of a red persuasion. City have won 10 of the 19 meetings and only three of United’s six wins have come in the post-Fergie era.

The Citizens may have won more titles over the past 10 years but United can still claim to be the ‘bigger’ club if that means anything at all. The Red Devils will be hoping to bounce back over the next few years but, as Liverpool found out, it can be a long wait until the next league title arrives.

This has been the decade of change in Manchester, which just leaves one question… What on earth will the 20s bring?