Now October’s UEFA European Championship qualifiers are over, we turn our attention towards our Fantasy Premier League teams once again as Gameweek 9 approaches.

With the international break now over, we’ve dug into the upcoming fixtures and have picked out four teams with the best match-ups ahead.

For those who are looking to deploy their Wildcard chip or possess spare transfers ahead of GW9, we’ve picked out two potential FPL gems to consider who will most certainly free up funds.

After sustaining a serious arm injury against Brighton & Hove Albion in GW8, Hugo Lloris looks set to face a long period on the sidelines for Tottenham Hotspur.

Eight minutes into the game against the Seagulls, Paulo Gazzaniga stepped in for his second appearance of the season in Lloris' stead.

The Argentine shot-stopper looks the clear favourite to take the No.1 spot for the time being and costs a mere £4.4m.

Any starting goalkeeper below the value of £4.5m in one of the ‘Top Six’ sides creates an appealing proposal and Gazzaniga seems difficult to neglect.

Although Spurs have had a shaky start to the 2019/20 campaign, Gazzaniga forms another rotational option in front of goal and would make a good pairing with another low-value FPL goalkeeper.

The 19-year-old is the cheapest starting price any forward can be in FPL and will most certainly free up funds to scatter on big-hitters elsewhere while offering a strong option on the bench.

If he can reproduce the devastating form he demonstrated against Spurs then it’s a no-brainer.

Looking at Brighton’s upcoming fixtures, their next three opponents display a Fixture Difficulty Rating of 2, therefore it might be worth giving Connolly the nod over the coming weeks.

England’s No.9 features this week as a top pick following his outstanding returns over the international break, firing home two goals and recording three assists combined against the Czech Republic and Bulgaria.

When you realise the 26-year-old faces a struggling Watford side at the Tottenham Hotspur Stadium in his next fixture, it’s hard to ignore.

The Hornets sit rock bottom of the Premier League having conceded 20 goals so far and possess a -16 goal difference with no wins to their name all season.

It feels as though Kane hasn’t been hitting the headlines as frequently as we’d hoped for so far this season, yet the Three Lions captain has still mustered up five goals and an assist.

With four of his attacking returns recorded at home this campaign, we’ll be hoping the Spurs forward can add more to his tally.

Another Englishman with great form coming out of the international break is Callum Hudson-Odoi. The 18-year-old produced a divine solo goal, securing a brace and a single assist for England’s under-21s.

Hudson-Odoi stands out as a solid differential over the coming weeks with Chelsea’s good run of fixtures.

The winger has earned 106 minutes of game time under Lampard so far this season, supplying attacking returns in both games he has featured in.

Following the youngster’s outstanding performances on the international stage, we’re expecting the Blues boss to give the midfielder more minutes this weekend, especially considering Lampard’s reputation for giving opportunities to youth players.

Chelsea host Newcastle at Stamford Bridge this Saturday and away from home the Magpies have conceded the second-most goals this season. We’ll be looking for Hudson-Odoi to capitalise on their weaknesses. 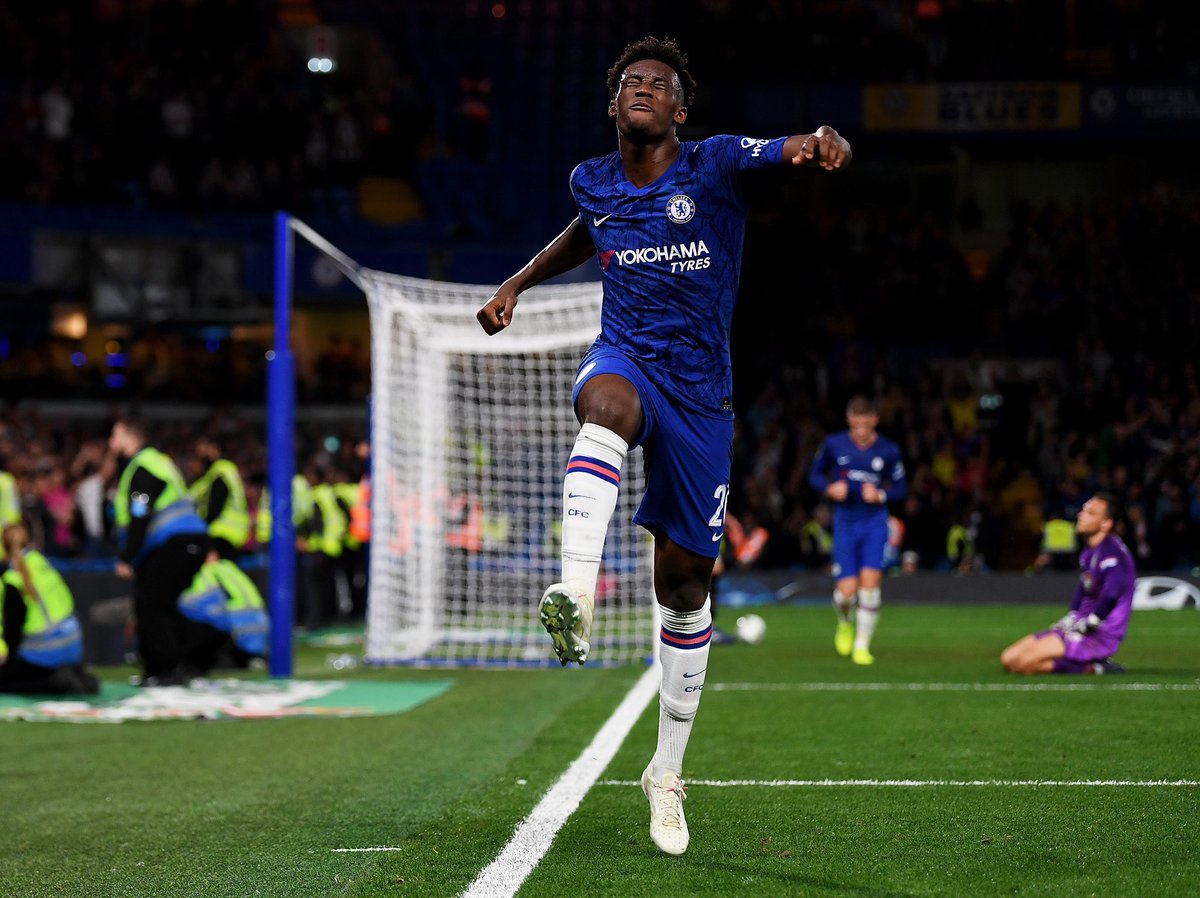 219
2013
x
Suggested Searches:
Manchester United
Liverpool
Manchester City
Marcus Rashford
Premier League
More
football
Future England Manager Wiegman Shows What To Expect From Her...
Sarina Wiegman will have been whetting the appetite of England fans as her Netherlands side have scored [ ... ]
boxing
Outside the Ropes: Jamie Quinn, The Journeyman Fighter Winning...
In former times, a journeyman was a worker who had finished learning a trade [ ... ]
rugby
Where Does The British And Irish Lions Tour Rank Amongst The...
The British and Irish Lions play the first of their three test matches against South Africa today, with [ ... ]
football
On This Day: Luis Figo Joins Real Madrid In The Most Controversial...
In the midst of the summer transfer window 2021, we rewind the clock 21 years, look back at the [ ... ]
sports
Olympic Opening Ceremony At Tokyo 2020 Was A Reflection Of Japan's...
The Japanese opening ceremony was not what we've come to expect from opening ceremonies. The eerily [ ... ]
sports
Who Are Team GB's Flag-Bearers For The Olympics Opening Ceremony?...
The Olympic Games are going to look a little different this year, and Team GB are starting as they mean [ ... ]
sports
Muhammad Ali, James Bond And A Jetpack: The Best Ever Olympic...
Across all sport, few events, if any, inspires unity and collectivism in the same way the [ ... ]
boxing
Last Round, Folks: When Boxing’s Invisible Champion Was Blitzed...
History has not been kind to Floyd Patterson. Countless world champions have drifted through the annals [ ... ]
cycling
The Music Man And The Machine: When Wiggins And Froome Went...
Brits, find a better sporting highlight reel than that of 2012. We dare you.  Simply put, it was [ ... ]
golf
McIlroy’s Open Victory: When Neither Garcia, Fowler Nor Fowl...
“The Open is the one that we all want, the one that we all strive for and to be able to hold his [ ... ]
motorsport
F1's Grey Area Exposed Once Again As Hamilton & Mercedes Take...
As Lewis Hamilton paraded around Silverstone waving the British flag, after winning his home Grand Prix [ ... ]
sports
Make War, Not Love - The Times The Sport Stars Lost It
The case was announced on July 9, 1975: The State of Minnesota vs. David S. Forbes. It became the first [ ... ]
rugby-league
Rugby League Eyes ''Best World Cup Ever Seen'' After 2021 Event...
The Rugby League World Cup this week got the go-ahead to take place as planned in 2021, and with less [ ... ]
football
The Best British Player Ever? It's Time To Put Some Respect...
Happy birthday to Gareth Bale. At 32, the Welshman can boast a career that others can only dream of. [ ... ]
golf
Bryson DeChambeau's ''8-Year-Old'' Tantrum Has Nothing On Di...
Sports people are role models, so goes the consensus, but things don’t always play out that way [ ... ]
football
An Inside Look At England's Euro 2020 Campaign From The Kitmen...
England has a squad packed full of young stars. This summer, led by national treasure Gareth Southgate, [ ... ]
motorsport
The Birth Of Silverstone Thanks To A Race Between A Prince,...
April 14, 2019, China, and the third race of the season at the Shanghai International Circuit. Lewis [ ... ]
boxing
Pandemonium In Atlanta: The Last Great 15 Round Title Fight
The 1980s was a transitional period for the world of boxing. The fledgling cruiserweight division, inaugurated [ ... ]
football
From Jules Rimet To The FA Cup, The Sporting Trophies That Went...
When the World Cup trophy was stolen in London on 20 March 1966, it threatened to plunge the most famous [ ... ]
football
Stuart Pearce Lauds Pivotal England Star Raheem Sterling Ahead...
Ahead of Euro 2020, not many people had Raheem Sterling starting for England. The Manchester City man [ ... ]
football
Mancini v Southgate - The Tactical Battles Which Could Decide...
Could England become European champions on Sunday night? They have shown so far in Euro 2020 that they [ ... ]
tennis
The Day A Flawless Fred Perry Stormed Wimbledon To Win A £25...
“Packed Centre Court sees strenuous struggles for Championships!’ screamed the Pathé [ ... ]
boxing
From Knocking Out A Horse To Missing Gold Medals: Five Of Boxing's...
Boxing has had its fair share of folklore since the introduction of the Queensberry Rules, the generally [ ... ]
us-sports
The Luckiest Man On Earth: When Lou Gehrig Bid A Fond Farewell...
In the Friends episode, The One Where Old Yeller Dies, the character Phoebe Buffay (Lisa Kudrow) watches [ ... ]
football
Portugal, Fernando Santos And An Identity Crisis - What Next...
Portugal’s disappointing last-16 exit at Euro 2020 has not given rise to an angry mob calling [ ... ]
football
Underwhelming Netherlands Were Destined To Fail Under Serial...
It took just a few seconds for Netherlands’ Euro 2020 campaign to go from excellent to exasperating [ ... ]
football
Pocket Playmaker Marco Verratti Is Still Italy's Most Important...
Marco Verratti might be the best Italian footballer never to have played in Serie A. Having made his [ ... ]
football
Lewandowski Gets Goals, Sousa Shows Style, But Poland Follow...
With the exception of Euro 2016, the Polish national team follows a pattern. Five years ago in France [ ... ]
cycling
10 Tour De France Facts You (Probably) Didn't Know That Will...
Life is a numbers game. We’re not talking Henry Hill and Goodfellas here, the mob-run racket that [ ... ]
tennis
History Makers, Record Breakers And Pimms: Why Wimbledon Is...
After a year away, Wimbledon, arguably the most anticipated Grand Slam and hottest ticket on the [ ... ]