It’s named after the fourth President of the USA. It’s where George Harrison had his concert for Bangladesh, Elton John and John Lennon performed together, and Elvis Presley played his first and last gig in NYC. It’s where Bill Clinton bagged his Democratic nomination in ‘92, Pope John Paul II lifted up a six-year-old girl, and where Marilyn Monroe notoriously sang Happy Birthday to Mr. President.

It became known as Gilmore’s Garden when the famous bandmaster Patrick Gilmore moved in, hosting the New York Dog Show, concerts by Theodore Thomas’s famed orchestra, and botanical shows. Millionaire William K. Vanderbilt and the Harlem Railroad Company took over the property and when an offer of a $40,000 renewal to Gilmore was rejected, the businessman reportedly proclaimed, “I hardly think we shall lease the building again, at all.”

On May 30, 1879, Vanderbilt instigated a notable rebrand: from then on ‘Gilmore Gardens’ would be known as Madison Square Garden. 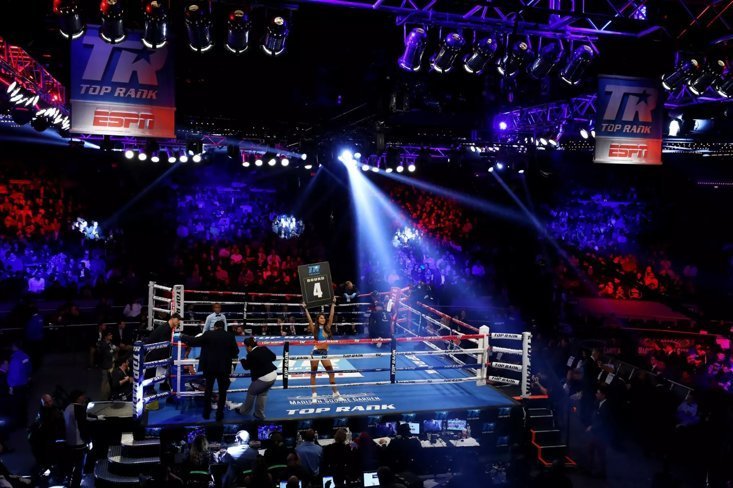 There have been four MSGs, with the most recent incarnation opening in 1968 at a cost of $123million. In the heart of Manhattan between 7th and 8th, it’s also home to the New York Knicks basketball franchise and National Hockey League team the New York Rangers and holds the honour of being the oldest arena in both the NBA and NHL. Below we take a look at five of the best sporting moments across Madison Square Garden’s illustrious history, from Muhammad Ali to Mr. T...

Muhammad Ali vs Joe Frazier I 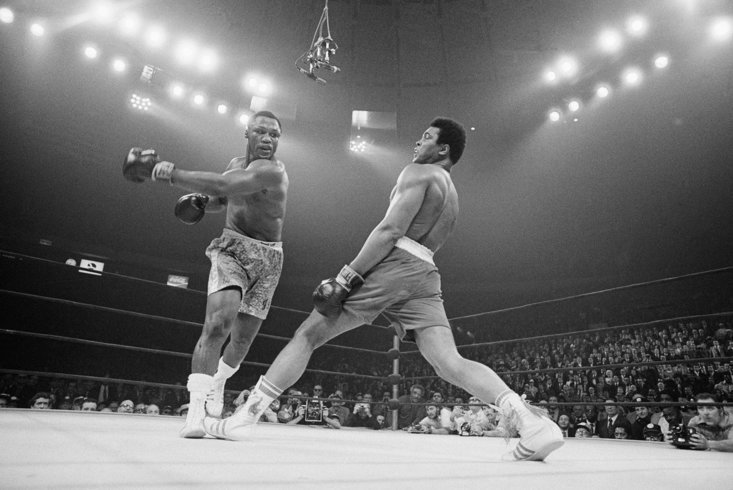 Rocky Marciano and Joe Louis notably fought at the third MSG in 1951, but there’s only one boxing event that truly comes to mind when the venue in discussion is The Garden.

‘The Fight of the Century’ was watched by 300million worldwide but only 20,000 were privileged to watch the first in the historic Joe Frazier & Muhammad Ali trilogy ringside, on Monday March 8, 1971. Even Frank Sinatra was unable to get a ticket. The fight went the distance, lasting for 15 incredible rounds, with it eventually being scored in favour of the champ Frazier retaining his crown and belt. Of course, Ali would have his revenge.

Knicks Get Their Kicks 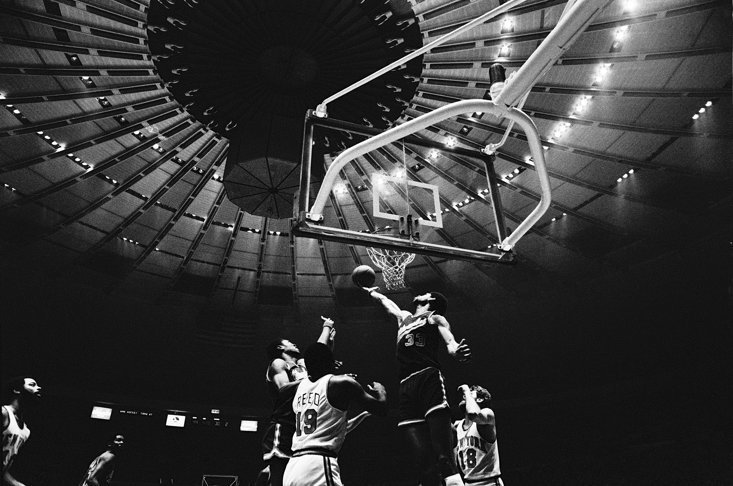 Despite being just one of two NBA franchises who still retain their original city, the New York Knicks have just two Championships to their name. That’s why devout Knickerbockers’ reminiscing about those triumphs in the early 70s still resonates.

At the start of the decade, as Eastern Division champions they faced the Western Division’s best the Los Angeles Lakers, a team that had future Hall of Famers Jerry West and Wilt ‘The Stilt’ Chamberlain on their roster. The Garden, like it would prove less than a year later with Ali v Frazier, knows how to put on a show with the Finals having gone all the way.

In the final game of best-of-seven series, the Knicks prevailed four games to three, fittingly concluded at The Garden in a score of 113-99 for their first-ever NBA title. Another, so far their last Championship, would follow three years later, the Lakers once again their unfortunate victim with the final game notably becoming Chamberlain's last ever professional match.

The Great One Bows Out 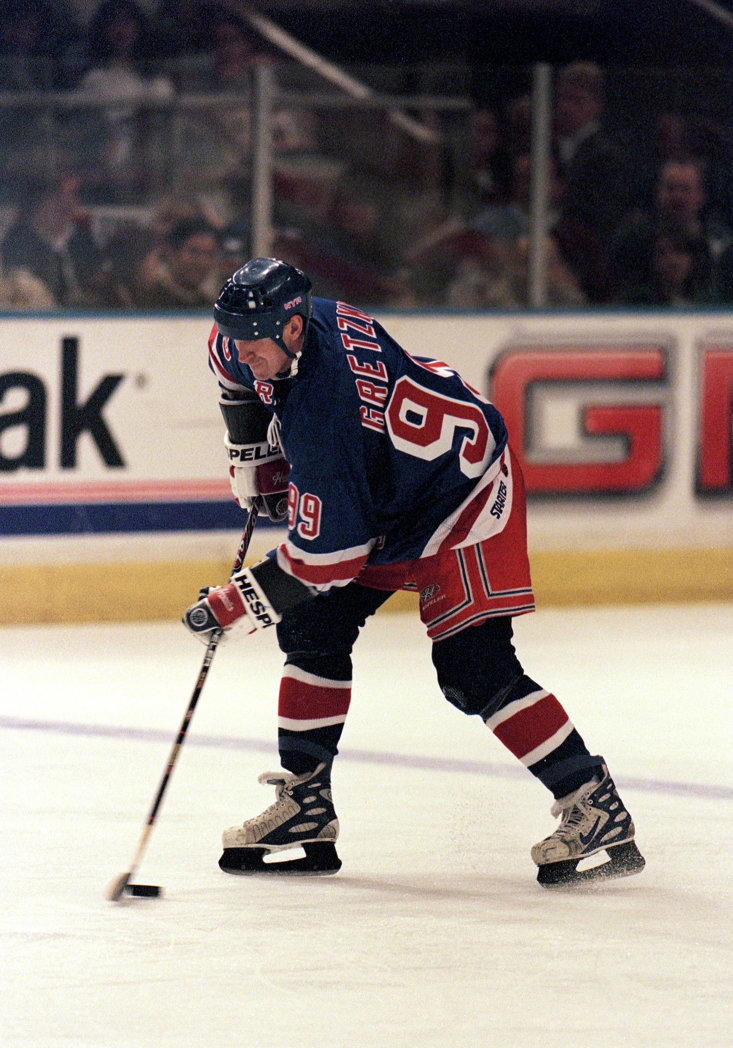 Memorably, Madison Square Garden was the theatre in which the Rangers won the 1994 Stanley Cup. Five years later it was the setting for an equally significant occasion. Even those with the most casual awareness of ice hockey will be familiar with the name Wayne Gretzky.

‘The Great One’ placed fifth in ESPN’s SportsCentury compilation of the Top 50 American Athletes of the 20th Century, and is the only NHL player in history to accumulate over 200 points in one season - and Gretzky did that four times. The four-time Stanley Cup winner spent the last three years of his two-decade career with the Rangers before announcing his retirement in April 1999.

The final game of the Ontario native’s career was a 2–1 overtime loss to the Pittsburgh Penguins on April 18, 1999, in Madison Square Garden, with both the American and the Canadian national anthems playing pre-match. Despite the loss, Gretzky was upbeat.

One expects there wasn’t a dry eye in the house. 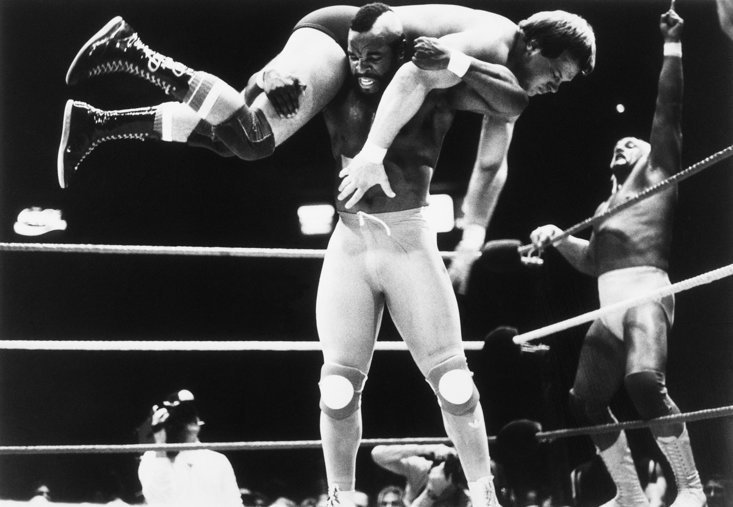 Despite a headliner that was bombastically billed as ‘The Brawl To End It All’, 36 years later, Wrestlemania is still going strong (quite literally). It made its bow in the beating heart of NYC on March 31, 1985.

In perhaps the most 80s line-up ever devised the main event match pitted Hulk Hogan and Mr. T - a few years fresh from their iconic performances in Rocky III - against future Hall of Fame inductee ‘Rowdy’ Roddy Piper and Paul Orndorff.  If you could time-capsule-bury an event to encapsulate an era in order to educate future generations, this would probably be it. 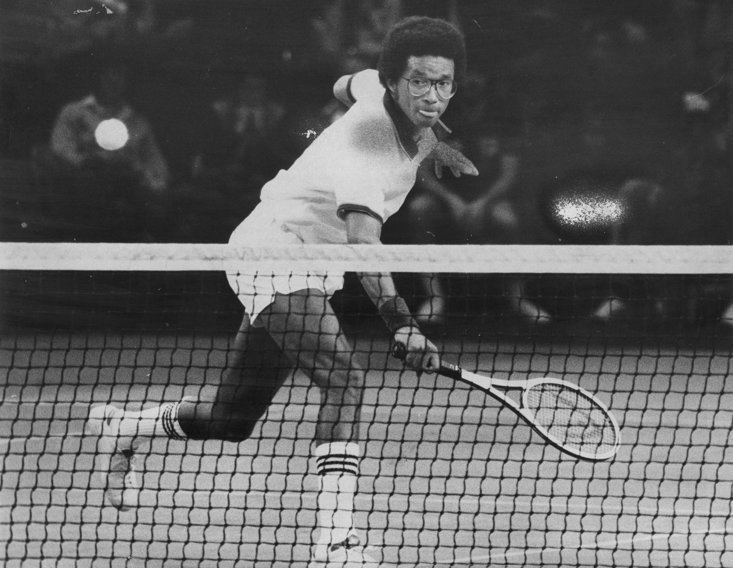 In 1978, two of the greatest ever American tennis players came head to head, one at the closing stages of his career, the other just getting warmed up.

McEnroe, however, was the new kid on the block - 'the Superbrat' was just being birthed. In the final of the Masters Grand Prix (now known as the ATP Finals) at Madison Square Garden, the 19-year-old McEnroe defeated Ashe, 35, in three sets, two of them tightly contested. McEnroe would go on to win his first Grand Slam later that year, at Flushing Meadows, and notably experience unmitigated success throughout the next decade, with a combined 12 major singles and doubles titles by the 80s end.

Ashe, meanwhile, would later undergo heart surgery by the year’s end and officially retired by April the following year.

x
Suggested Searches:
The Sportsman
Manchester United
Liverpool
Manchester City
Premier League
More
football
A Team With No Ground & A Ground With No Team, But Bury Are...
It was May 4, 2019. Bury FC were celebrating a hard-earned promotion to League One after a memorable [ ... ]
boxing
On This Day: Sugar Ray Leonard Edges Past Marvin Hagler In Titanic...
"How do you like it, how do you like it?!"   The commentator's words rang out [ ... ]
football
''I Believe In Fairies'' - The Life And Times Of The Extraordinary...
Brian Clough wasn’t just one of the most quotable managers in English football’s long history, [ ... ]
football
Rangnick Right About Fourth Being United's Ceiling, But He Shouldn't...
"We want to finish fourth in the league, this is the highest possible achievement we can get.” [ ... ]
boxing
Angelo Dundee: Three Masterpieces From Boxing’s Greatest Trainer
Perhaps the greatest cornerman of all-time, Angelo Dundee guided the careers of sixteen world champions [ ... ]
boxing
The Day Ali Talked A Suicidal Man Down Off The Ledge Of A Beverly...
Wilshire Boulevard in Los Angeles cuts right through the heart of Beverly Hills. One particularly famous [ ... ]
boxing
From Broadway To Hostage Negotiation: Ali's Best Moments Outside...
Muhammad Ali transcended the world of not just boxing, but sport as a whole, like no other athlete who [ ... ]
football
Zaha's Double, 1989 And 'Poogate': Inside The Brighton v Crystal...
This article first appeared in The Sportsman on 27th September, 2021 Crystal Palace against Brighton [ ... ]
boxing
George Foreman’s Faith: How The 45-Year-Old Heavyweight Stunned...
George Foreman swept through the heavyweight division like a hurricane, obliterating nearly all who [ ... ]
boxing
Last Round, Folks: When Boxing’s Invisible Champion Was Blitzed...
History has not been kind to Floyd Patterson. Countless world champions have drifted through the annals [ ... ]
boxing
The Life And Times Of Heavyweight Legend Jack Johnson
What do Alan Turing, The Doors frontman Jim Morrison and the comedian Lenny Bruce have in common? These [ ... ]
boxing
Pacquiao: From Poverty-Stricken School Drop-Out To Eight-Weight...
"I knew without a doubt I would become a fighter - I knew that the underdog can, and often does, [ ... ]
snooker
VR Mishaps, Pig Farms And American Hustles: When Ronnie O’Sullivan...
As it's snooker legend Ronnie O'Sullivan's 46th birthday, we thought we'd take [ ... ]
sports
Meet The Man Who Climbed Everest, Partied For A Week, Then Climbed...
This article first in The Sportsman on 08/12/19 There’s nothing normal about Nirmal Purja. After [ ... ]
motorsport
Frank Williams - A Formula One Pioneer Whose Team Went To The...
For much of the 1980s and 90s, Williams Racing was the biggest name in Formula One and Frank Williams [ ... ]
football
How Cantona Made Manchester United The Dominant Force Of The...
It started with Leeds United making an enquiry about signing Denis Irwin and finished with Manchester [ ... ]
football
Almost 30 Years Since THAT Goal, Davide Gualtieri Is Still San...
8.3 seconds, 28 years ago. That’s all it took for part-time footballer, part-time computer [ ... ]
boxing
River Wilson Bent Talks Coventry City, Newborn Baby And British...
“Imagine if Coventry City made it to the Premier League and I brought the British title home for [ ... ]
football
Neil Warnock - The Record Breaking Football Lover That Just...
When the whistle blows at Kenilworth Road for Luton Town's home match against Middlesbrough on Tuesday [ ... ]
football
Leicester's City Progress Is Proof That Vichai's Vision Has...
On this day three years ago Leicester City lost their influential owner, Vichai Srivaddhanaprabha in [ ... ]
rugby-league
The Birth Of The Grand Final: Rugby League's Biggest Of Big...
“I’ve said it for years… the last game of the season should be the most important,” [ ... ]
football
Celebrating Arsenal's Invincibles With The Stats That Tell The...
There’s Sergio Agüero winning it in Fergie time. Liverpool finally ending 30 years of hurt [ ... ]
football
From Balotelli To Bullard, The Premier League's Greatest Ever...
It's been a full decade since Mario Balotelli lifted his shirt in Manchester City's 6-1 [ ... ]
motorsport
On This Day: Rookie Lewis Hamilton Loses F1 Title In Controversial...
On this day in 2007, we witnessed perhaps the greatest end to a Formula One season we have ever seen. [ ... ]
motorsport
How Lauda's 140mph Crash Marked The End Of The Age Of Innocence...
There are few worse moments to lose control than when driving at 140 miles per hour. The events on just [ ... ]
football
FA Cup Round-Up: Brilliant Buxton Make First Round As Dorking...
It was a night when Dorking Wanderers saw their dreams dashed by Hayes and Yeading, Stratford made some [ ... ]
us-sports
Celebrating Jim Brown - The NFL Movie Giant Who OJ Robbed Of...
Before OJ there was the OG. The Original Gangster. In fact he was front and centre of an action-packed [ ... ]
football
Sheriff Tiraspol - The Champions League Club With Two Faces
On the surface, it has been the underdog story of the Champions League so far. Never before has a club [ ... ]
boxing
From Taming Tyson To Bashing Buster, Evander Holyfield’s Best...
Today marks the 59th birthday of one of the best boxers to lace up a pair of gloves in the modern [ ... ]
football
Fernando Torres - Atletico's Local Hero, Liverpool's Tainted...
‘This means more’ is Liverpool’s oft-derided motto, but when they face Atletico Madrid [ ... ]