Rugby
Features
The forward is back after chemotherapy for Sunday's World Cup clash
Simon Lillicrap
08:01, 22 Sep 2019

England’s World Cup opener against Tonga on Sunday will be a special occasion for all involved, with several players from both sides making their debut in the competition. Eddie Jones’ men are heavy favourites heading into the contest, but one Tongan has overcome the odds just to make it to the tournament.

Sunday will mark the return to international rugby for Nasi Manu, just 11 months after being diagnosed with testicular cancer. For Manu and his family this is a game that they could only have dreamt of in October 2018, when he received the earth-shattering diagnosis.

“I just wanted to know if I’d be able to have more kids and be a good father to the one I had,” he told the official Rugby World Cup website.

“I was preparing for the worst, but hoping for the best. I was given the news at 9.45am and had surgery at 2 p.m.” 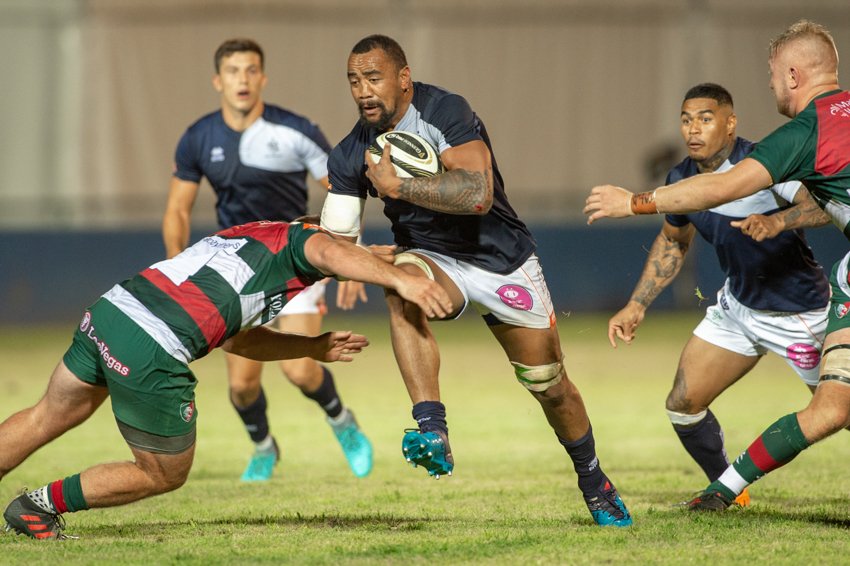 Nasi Manu
@Nasi_Manu
Thankyou to everyone for the messages of support. Definitely has put a lot of things into perspective. Still a bit of a road to recovery but got the best Italy 🇮🇹 has to offer and I will make a full recovery I'm sure of it! Don't be embarrassed, check your balls! #BallOut 😂
72
577

Yet less than a year on from that surgery to remove an abnormal growth and the following chemotherapy, he has been named on the bench for the World Cup opener against England. As the Tongan squad were presented caps by Brett Gosper, chief executive officer of World Rugby, he could not hide his emotion.

"I had tears just then. I don’t think anybody knows just how much I have been through to get here. Not only the surgery and chemotherapy but also the physical battle to get myself in good enough shape.”

One of the most touching moments of Manu’s recovery came as all of his Benetton Rugby teammates shaved their heads in solidarity with him, ahead of their European Challenge Cup game against Harlequins.

"I was at a pretty low point when I was sent the clip of shaved heads. When I was able to attend a game I was still pretty sick. I went into the dressing room afterwards and that’s a special moment I will always remember. Especially as they had won in the last minute.” 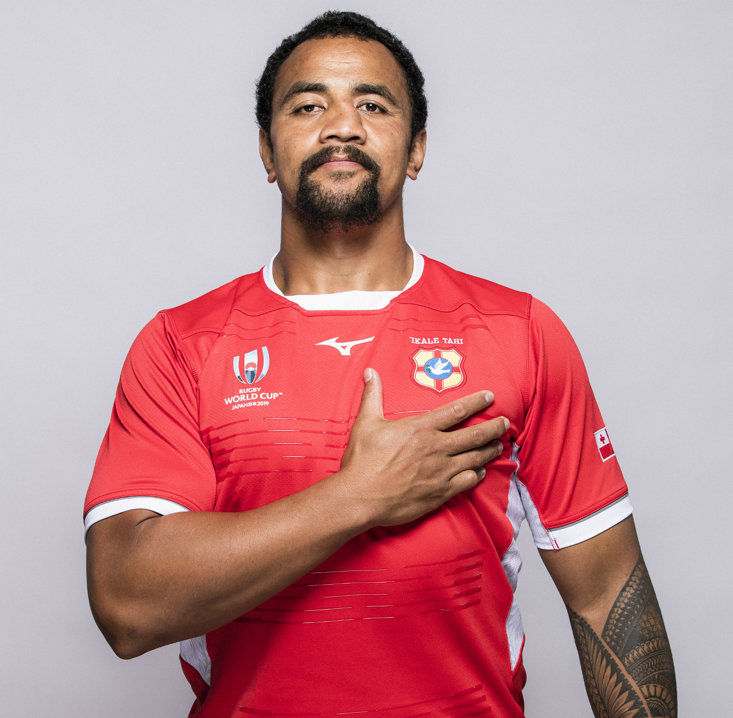 Sebastian Negri
@slnegri04
In every rugby changing room before a game words such as friendship, family and support are used. @benettonrugby we have decided to put these words into action and demonstrate our support for you 🙏🏼💪🏼🦁 @Nasi_Manu #Wewillsupportyoualltheway #benettonrugby #leoni
138
763

This comeback is actually Manu’s second attempt at playing for his country since chemotherapy. He was named as Tonga’s captain for the Pacific Nations Cup last month but unfortunately, disaster struck just days before the first game.

"I was so proud and excited to be named captain for our first match in the Pacific Nations Cup and then two days before it I tore a pectoral muscle in the gym so I couldn’t play."

As the 31-year-old looks into the stands on Sunday afternoon, he will see his wife and two-year-old daughter watching on. That family unit was constantly on his mind during his recovery as his rugby faded into insignificance. But, after beating cancer, Manu was able to get his career back on track with his family at the forefront of everything he does.

Whether he makes it onto the pitch or not on Sunday, and no matter the result, his wife and child are a constant reminder that Manu is already one of life’s winner.

Nasi Manu
@Nasi_Manu
As I stand here, I can't help but think of my journey this past year and everyone that's helped me stand where I'm standing today. Thankyou from the bottom of my heart, I will never forget your love and support.
@BenettonRugby #Leone 🦁 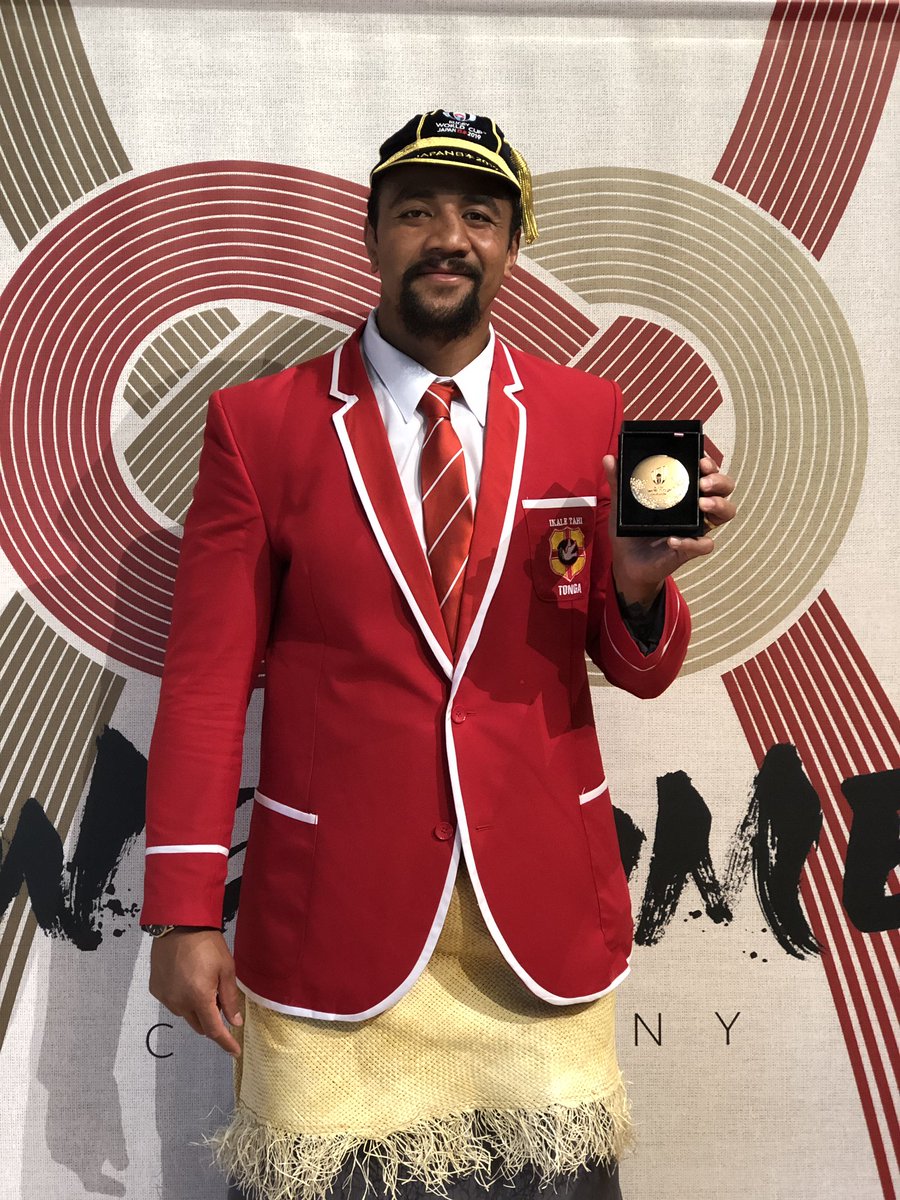 52
661
x
Suggested Searches:
Manchester United
Liverpool
Manchester City
Marcus Rashford
Premier League
More
football
The Wrath Of Oliver Kahn: Germany's Greatest (And Angriest)...
'Der Titan'. 'Vol-kahn-o'’.  In order to get on his good side, we’d [ ... ]
football
'Hipster Choice' Poland Need To Finally Make The Most Of Lewandowski...
Just 144 days before the start of the Euros, Zbigniew Boniek, the chief of the Polish FA, one of the [ ... ]
ufc
UFC 263: ''Nate Diaz Fans Are Going To Become Leon Edwards Fans,''...
Michael Bisping remains the only British UFC champion in history, but is backing Leon Edwards to beat [ ... ]
athletics
Walker The Talker: GB Triathlon In Fantastic Shape For Olympics...
After a few weeks off in May following the epic end to the snooker season, it was with great delight [ ... ]
football
Spain's Troubled Euro 2020 Preparations Threaten Another Tilt...
Spain’s preparations for Euro 2020 were plunged into chaos on Sunday when midfielder Sergio Busquets [ ... ]
football
Portugal Expects At Euro 2020, But Question Marks Remain Over...
He brought Portugal their first ever major trophy at Euro 2016. He followed that up with victory in [ ... ]
football
'Proud' Stuart Pearce Believes Gareth Southgate's England Can...
Stuart Pearce knows the England manager better than most. He was by his side at Euro 96 when Gareth [ ... ]
football
De Boer Needs To Be Brave If Netherlands Are To Trouble The...
"We are ready,” Frank de Boer declared after his Netherlands team beat Georgia 3-0 in their [ ... ]
football
''Make No Mistake, I Knew How He Felt'' England Icon Stuart...
Six years earlier, Stuart Pearce had fatefully missed a crucial spot-kick in the World Cup semi-final [ ... ]
tennis
The King Of Clay: Rafael Nadal's 16-Year Dominance Of The French...
“Movements. That’s the main thing. Movements and measuring the balls that you can take a [ ... ]
boxing
From Broadway To Hostage Negotiation: Ali's Best Moments Outside...
Muhammad Ali transcended the world of not just boxing, but sport as a whole, like no other athlete who [ ... ]
football
Cruyff, Ajax And The Start Of The Golden Era Of Total Football
It is somewhat ironic that an institution named after a renowned hero of the Trojan War would first [ ... ]
sports
Hulk Hogan, Mr. T And Madison Square Garden's Five Greatest...
It’s named after the fourth President of the USA. It’s where George Harrison had his concert [ ... ]
football
How Lincoln City's Survival Quest Has Led Them To A Date With...
“The number-one objective was to survive the season,” explains Clive Nates. The Lincoln [ ... ]
boxing
The Italian Stallion Vs The Southside Slugger: When Balboa Stopped...
It’s been 39 years since the boxing masterpiece ‘Rocky III’ premiered in cinemas [ ... ]
football
Meet The 42-Year-Old Left Winger Heading For Wembley... And...
“I still want to play - there is going to be no 'R' word.” Kevin Ellison will be [ ... ]
football
Two Fish, German Tennis And Elton John: Gazza's Finest Moments...
Paul Gascoigne is still perpetually competing for a place on the podium as one of the best English [ ... ]
football
Matt Busby: From The Mines To Manchester United Majesty Via...
It’s the late 1960s, Sheffield. A crowd patiently awaits the arrival of Matt Busby for [ ... ]
boxing
Outside The Ropes: Josh Warrington - Motorhomes, Music And Mindfulness
Josh Warrington has stepped outside the Emerald Suite at Headingley Stadium to get some fresh air and [ ... ]
motorsport
Barrichello: The Brazilian Bridesmaid Who Refused To Catch Schumacher’s...
When ‘Brazil’ and ‘Formula One’ are mentioned within the same breath, the first [ ... ]
boxing
Muhammad Ali, Highbury And A Lifelong Love Affair With Britain
When Muhammad Ali, then known as Cassius Clay, first made the trip across the pond in 1963, he was met [ ... ]
motorsport
Remembering The Lasting Legacy Of Three-Time Formula One Champion...
The three-time Formula One driver Niki Lauda left a lasting legacy as one of the greatest racing [ ... ]
motorsport
The Beard Of Brabham - When 'Geriatic Jack' Won The World Championship
In the 70 odd years of the Formula One World Drivers’ Championship, there have been 32 different [ ... ]
football
127,000 Fans, Ten Goals And The Greatest Game In Champions League...
There have now been 65 years of European Cup competition. 22 clubs have lifted iconic Old Big Ears, [ ... ]
boxing
Why Sugar Ray Leonard Is The Epitome Of Boxing’s Last Truly...
Sugar Ray Leonard, Roberto Duran, Marvin Hagler and Thomas Hearns, the so-called ‘Four Kings’ [ ... ]
us-sports
On This Day In 1985 Michael Jordan Was Named NBA Rookie Of The...
It was before the six rings. Before the dream second Gold at the Games. Before the multitude of MVPs. [ ... ]
motorsport
The Birth Of Silverstone Thanks To A Race Between A Prince,...
April 14, 2019, China, and the third race of the season at the Shanghai International Circuit. Lewis [ ... ]
football
Dear Sir Alex Ferguson - An Open Letter To The Manchester United...
On 12 May 2013, Alex Ferguson managed Manchester United for the last time. It would mark the end of [ ... ]
football
Best Kept Secrets: A Man United Legend, Joan Collins And Beatrix...
This article first appeared in The Sportsman on 22/05/20 Maradona good. Pelé better. George Best. [ ... ]
football
Wor Jackie! Remembering The Toon's First Iconic Number Nine...
St. James’ Park is one of the biggest football stadiums in England. The home of Newcastle United [ ... ]