It’s that time of year again, no not the office Christmas party (covid saving us a hangover there), it’s the national institution that is the BBC’s Sports Personality of the Year ceremony. You know the script, the shortlist comes out and there’s a raging nationwide debate about who’s on it or who’s left off it.

And this year’s been no different (now there’s a sentence we’ve not written in a while!) Everyone apart from the BBC thought Marcus Rashford should be up for the main award (he’s not) and everybody but Tyson Fury thought the ‘Gypsy King’ fully deserved his nomination (he did).

So to take you away from all the bluff and bluster we’ve decided to launch our very own The Sportsman’s Sports Personality of the Year. Think of this as the alternative awards, for the superhuman athletes we’ve discovered this year who’ve blown our minds with their levels of dedication, inspiration and downright brilliance. Enjoy.

David Goggins - The toughest man on the planet 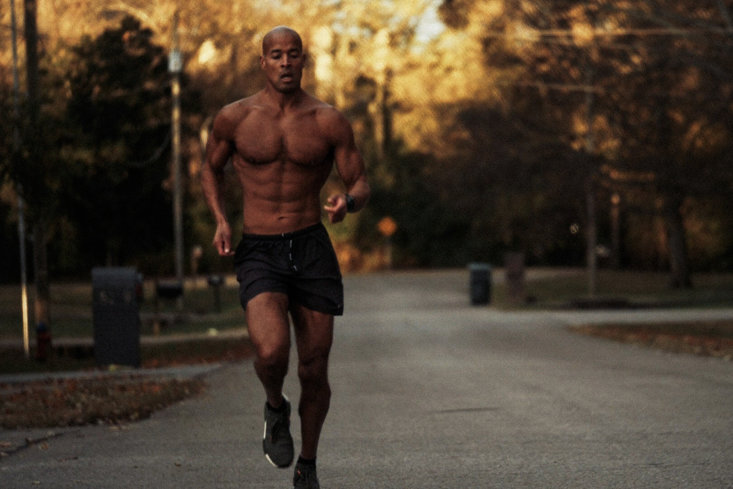 The man we simply adore (and we’re not afraid to admit it) is an inspiration to so many people around the world. If you don’t know who he is, let us explain. Goggins is the only man to complete SEAL training, Army Ranger School, and Air Force Tactical Air Controller training in US military history, the only man to go through the Navy Seals’ ‘Hell Week’ three times. We love him so much we have already covered five of his best workouts but this guy is an absolute force of nature.

He now spreads love and motivation through his many podcast appearances, his book, Can’t Hurt Me: Master Your Mind and Defy The Odds, and on social media to his 3.5m Instagram followers. This year he ran the Moab 240 ultra-marathon, finishing second in the 241-mile event, and also delivered positivity and motivation on a daily basis when so many of us have struggled. In a time where the vast majority have lost their routine and will to get up and go, Goggins has not only achieved himself but become such an important inspiration for so many.

Nirmal Purja - He climbed Everest, partied for a week, then climbed it again 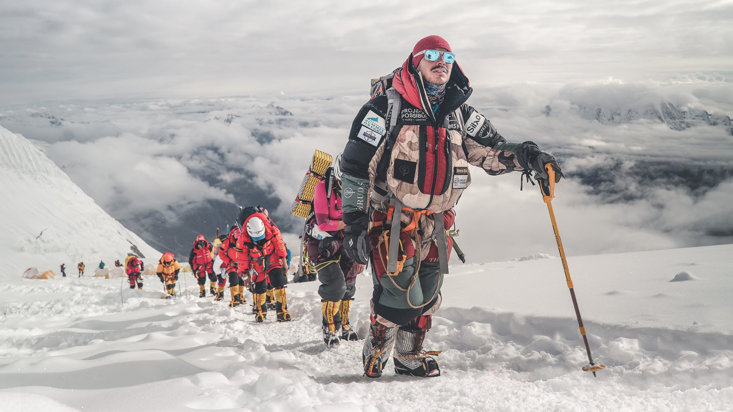 Nirmal 'Nims’ Purja is one hell of a man. With enough stories to fill thousands of pages this year he released his phenomenal book, ‘Beyond Possible: One Soldier, Fourteen Peaks - My Life In The Death Zone’, telling his incredible tales from the mountainside and beyond. Purja, who is former special forces officer, set out on a journey to break the world record for climbing the 14 mountains around the world that are over 8,000ft tall.

We just had to interview this incredible guy, but spoiler alert, he broke the record by six years, completing the challenge in just 189 days. He sure can climb, but his life has been one lived right on the edge. He was nearly hit by a sniper’s bullet while in the special forces, he rescued a female climber who was out of oxygen, and he saved another from snow blindness. He even took the hard-hitting picture of the queue of climbers on the Hilary Step, Mount Everest. At every turn this man has a heart of gold, a will to do good. You cannot help but be inspired. 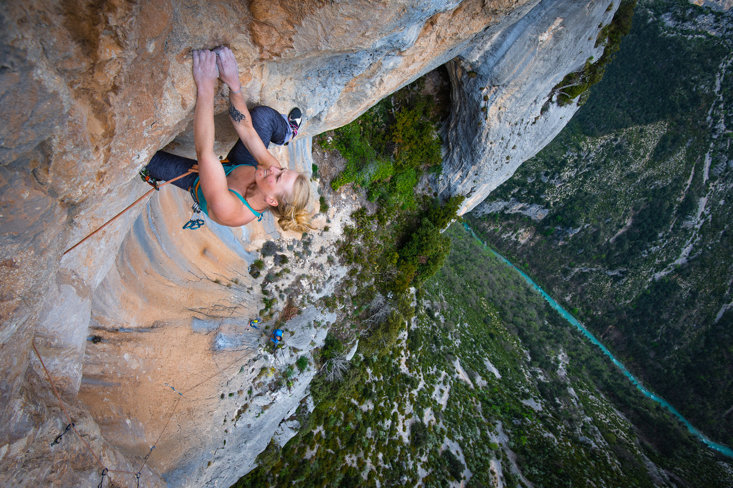 A woman whose brilliance has come to our attention this year. Emily Harrington is a freak of nature, and we mean that in the kindest way possible. What she can do simply shouldn’t be possible. She is a climber who again battled against the odds to achieve her dreams and inspire others to do the same along the way.

This year, she became the first woman to climb the most famous rock face in the world in under 24 hours. Only three men in history had ever broken the one-day time barrier on El Capitan’s ‘Golden Gate’ route in Yosemite National Park before this November, Harrington took on the challenge for herself and we just had to tell her story. Emily suffered a gashed forehead, a slip at the pitch 13a, but in 21 hours and 13 minutes she reached the top of the 2300-metre sheer rock face and in doing so became the first woman to complete the route.

She took on the challenge, she overcame the odds and she made history. What’s not to love?

Zack George - There’s no one fitter in the UK, fact 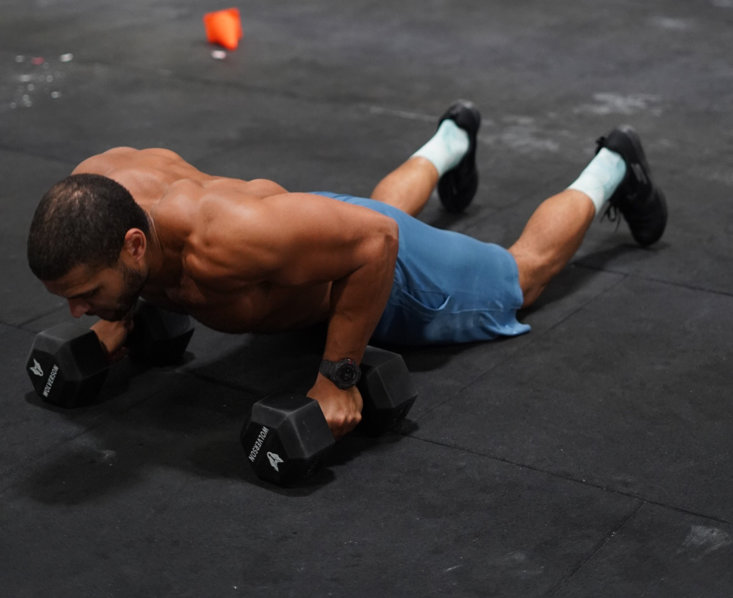 We’ve all tried to keep ourselves in shape this year, but with little team sport it has been more difficult than usual. One man who puts us all to shame but continues to lead the way is the UK’s fittest man, Zack George. The man who makes even the fittest athletes look like slouches had a hell of a 2020, establishing himself as the best of British by winning the CrossFit Open.

He is proof that anything is possible, beginning his fitness journey as an overweight teenager who his dad managed to coax to the gym with the promise of a Playstation. Now he is Britain’s fittest man and has his sights set on becoming the world’s fittest at the CrossFit Games. So often, it is easy to feel jealous of elite athletes, especially when they look like Zack George, but he is a simply lovely guy who anybody can relate to. Anybody can achieve their fitness dreams. 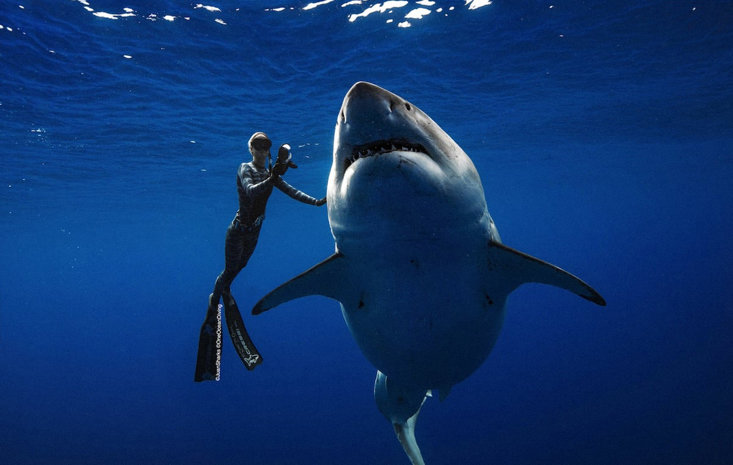 Has a name ever been more fitting? Like Usain Bolt, destiny was written for Ocean Ramsey from the moment she was born. We love to hear about people pushing the limits of what we think is possible, or doing something completely out of the ordinary, and that is Ocean down to a tee, which is why we spoke to her earlier this year. Since the age of 14, she has been diving with sharks and has now dived with over 50 different species of her favourite creature everywhere around the world. In fact, they call her ‘The Shark Whisperer.’

Her cause is noble. By diving with sharks she aims to change people’s perceptions of the animal and save them from extinction. A trained free-diver, she can hold her breath underwater for over six minutes and has got within touching distance of these immense creatures. Incredible!