“My vote goes to Evonne Goolagong.

“Evonne is the embodiment of what a role model or hero truly is. Her heritage, her success against the odds, her Hall of Fame career and her exemplary life off court, in which she has given so much of herself to so many causes, are all attributes we can celebrate wholeheartedly.”

There are few greater endorsements in tennis than that of Martina Navratilova. In January 2020 the Australian Open was interrupted by the legendary 18-time Grand Slam champion as she made her on-court protest to rename the stadium she was standing in the shadow of: the Margaret Court Arena. The venue had been named in early 2003, a tribute to Australia’s most successful female tennis player, but a figure who had garnered controversy through her divisive stances on gender and race as a Pentecostal Christian minister.

It is a rebranding Navratilova has long championed, and a clear alternative proposal was emblazoned upon the homemade banner she held aloft with fellow great John McEnroe on that empty court in the 1573 Arena.

“I think the Evonne Goolagong Arena has a great ring to it. Now there is a person we can all celebrate. On every level,” declared Navratilova. The suggestion led to some mischievous tech-trickery that informally baptised it as such on Google Maps. Officially, however, it remains unchanged.

Whatever the eventual outcome, it is a statement that compassionate, progressive tennis fans would find hard to argue with. And whether or not it is acted upon, Evonne Goolagong knows she is beloved. The Margaret Court Arena may remain just that, but Evonne Goolagong isn’t herself short of tribute, regardless. For where Court casts clouds, Goolagong brings Sun. 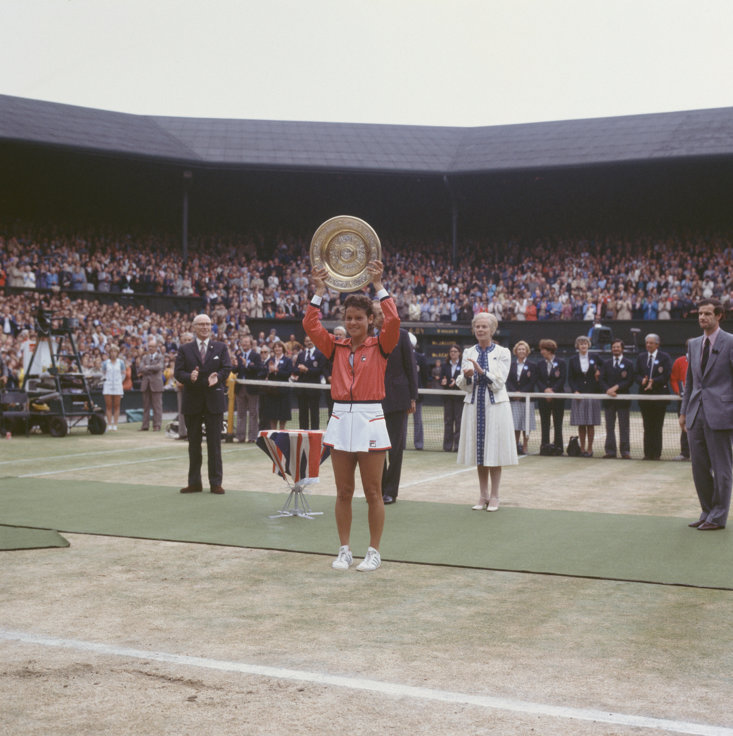 She is the Sunshine Supergirl. The Australian Aboriginal child who simply poked her head through a fence and was invited in for a game of tennis which would launch her career; the young Wiradjuri who won Wimbledon, an event she had dreamed about since reading of the Championship in a fairytale in Princess magazine aged eight. Who began by practicing with a racquet made from a wooden fruit box that resembled a paddle – minus strings. Who would be disgracefully labelled ‘a frizzy-haired little piccaninny’ by members of the press, but would walk out at the All-England Club in west London to the tune of ‘Waltzing Matilda’, charming the watching world.

Goolagong would win 92 professional titles, and become an Australian sporting treasure. A two-time WTA Tour Finals champion, with the great Chris Evert on both occasions at her mercy, the first of which was won on 19 October 1974. The first female of the Open era to win her first Grand Slam championship without dropping a set.

And whereas Court is Australian, Goolagong is the national hero who belongs to Barellan, the small country village in New South Wales where she grew up along with her seven siblings.

Barellan: where is situated the tennis club she was allowed to attend, not only traversing the racial barrier, but doing so three years younger than the usually permitted age of 10. Barellan: where The Big Tennis Racquet can be found, a 45-foot long replica of the equipment once used by Goolagong that has been erected in the park that also bears her name. Goolagong herself unveiled the exact scale model of the wooden Dunlop racquet during Barellan's centenary celebrations in October 2009.

Nearly 500km away, a Barbara McLean-designed sculpture sits in Melbourne Park. And, brilliantly, in 1993 a 230-person capacity catamaran across the Parramatta River was named after Goolagong as one of seven vessels honoured for famous Australian female athletes. 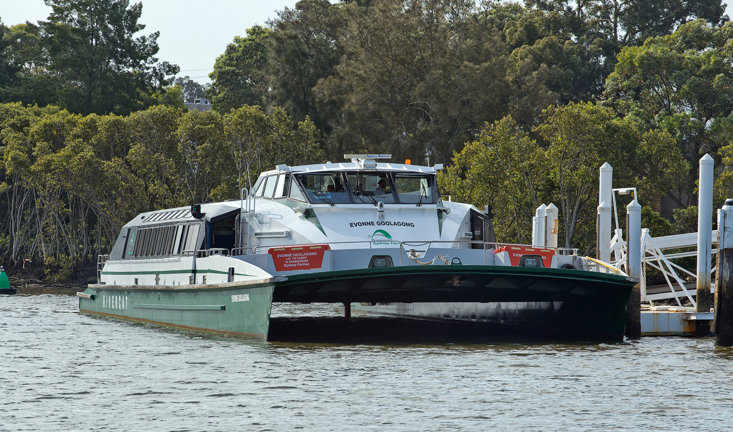 But perhaps most symbolic is the tribute paid to her not in statues or monuments, but in recognition as a trailblazer in a discriminatory society in the not-too-distant past.

“It's amazing how she’s created this path for Indigenous tennis in Australia and I think now it's becoming more nationwide,” the second Indigenous Australian to win in Paris, Ashleigh Barty, said after her maiden Grand Slam victory at Roland Garros in 2019. “There’s more opportunities for kids to play tennis, both male and female.”

As such, the Melbourne Arena rename would provide no greater statement in Australia’s progressiveness and rehabilitation towards the once-socially marginalised and disenfranchised portion of its population. When Goolagong was growing up, the Australian government’s policy was to forcibly remove Aborigine children from their families and relocate them to camps where they could be properly educated and integrated into white society.

“Every time there was a shiny car, my mum must have worried if the welfare people were coming for her kids,” Goolagong later explained of her childhood, “We had no idea. We thought the welfare man was there to take us away.” 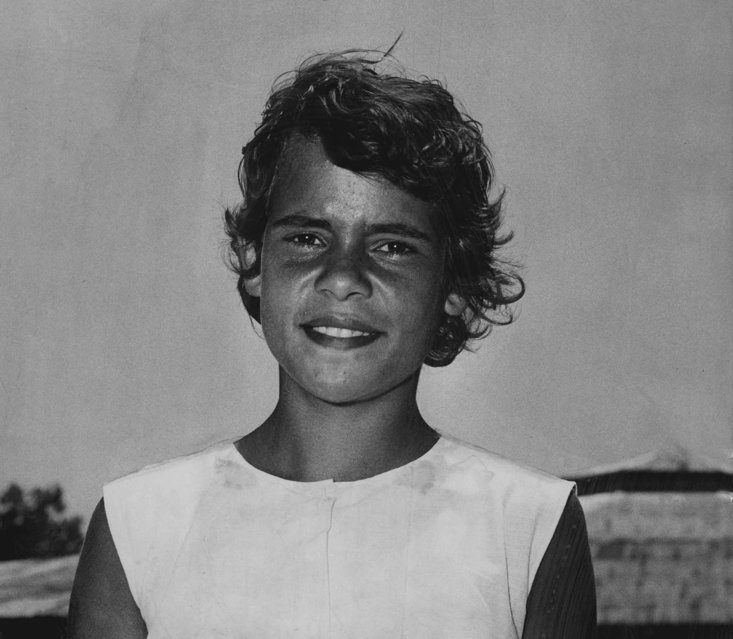 The route from the Bush to being the best cannot be understated. Goolagong would appear in 26 major finals, capturing seven singles, five doubles and one mixed double championship. It was at Wimbledon where she was affectionately dubbed the “Sunshine Supergirl”, winning her second singles title nine years after her first, in 1980, when she defeated Chris Evert in the final.

With her daughter Kelly being born three years prior, Goolagong had become the first mother to win the Championship since 1914. Among her illustrious list of achievements, Supergirl had become Supermum.

After injuries forced her into retirement in 1983 Goolagong was never away from the game she loved. To this day she runs the Goolagong National Development Camp for Indigenous girls and boys, which uses tennis to promote better health, education and employment.

“Why not pick someone whom every child can look up to and want to emulate,” Navartilova continued to passionately espouse from her commandeered umpire’s chair back in January, “a champion who inspires and motivates young and old to do their best and be their best every day?

“For me, that person is Evonne Goolagong.

“Evonne Goolagong Arena. Perfect.” It gets our vote.