Football
Features
The former midfielder learned from friends that his Toffees career was over
TheSportsman Interviews
06:55, 17 Mar 2020

Leon Osman has told The Sportsman of the hurt that still lingers as a result of finding out by text message that he had played his final game for Everton.

The former England midfielder represented the Toffees 433 times over a 16-year professional career but his spell at Goodison Park was brought to an end in the summer of 2016. Yet he only found out that his contract was not going to be renewed when friends text him to sympathise.

And Osman has admitted to The Sportsman’s Chris Sutton that he was left disappointed at the way his Everton career ended.

“Yeah well that’s how I found out I was no longer gonna be at the club so I suppose that was a bit disappointing,” said Osman. “It was disappointing. I’m not naive… people ask for loyalty in football but ultimately it was a business.

“It hurt, definitely. I was disappointed for a few months immediately after it but ultimately what can you do? It had happened, as I said I was very disappointed but I also came to realise that life goes on. There’s no point in being disappointed forever or being upset with the club forever, ultimately they were such a huge part of my life and I was never going to turn my back on the club.”

Osman admits in the latest instalment of Sutton’s Big Games that he understands where the breakdown in communication happened following the sacking of manager Roberto Martinez, but he says the pain still hasn’t entirely gone away.

“Time is the healer of most things, they say. I wouldn’t say I’m completely healed and it’ll always niggle in the back of my mind, but you move on,” he explains. “The discussion was to be had, Roberto told me I would still be at the club the following season but he lost his job before the end of the season. It was uncertain who the new manager was going to be.

“I would like to have had a nice match at Goodison to say my goodbyes, but myself and Tony Hibbert were in the situation where we didn’t happen to get that.”

Osman first joined Everton’s youth system as an ten-year-old schoolboy, but in doing so he crossed the Merseyside divide, as he was still a Liverpool season ticket holder.

“Yeah, I was a season ticket holder with my dad, year-in year-out in the Kop,” Osman adds. “At the time you’d think it’d be a difficult decision to go to Everton but it wasn't. Everton asked me to come and be part of their School of Excellence back then.

“I was really excited to be scouted by a Premier League club. I was delighted to go down and the moment I stepped through the door I was comfortable in the surroundings and I was glad to be able to give that loyalty back.”

And he got to play with some top footballing names at Goodison too.

“At the time Paul Gascogine had joined the club. Yes, he wasn’t in the prime of his career but just to be around a character like that was fantastic. Duncan Ferguson was at the club, Kevin Campbell was at the club, and they were top players who played a lot of football and you wanted to get into the team and play alongside them.” 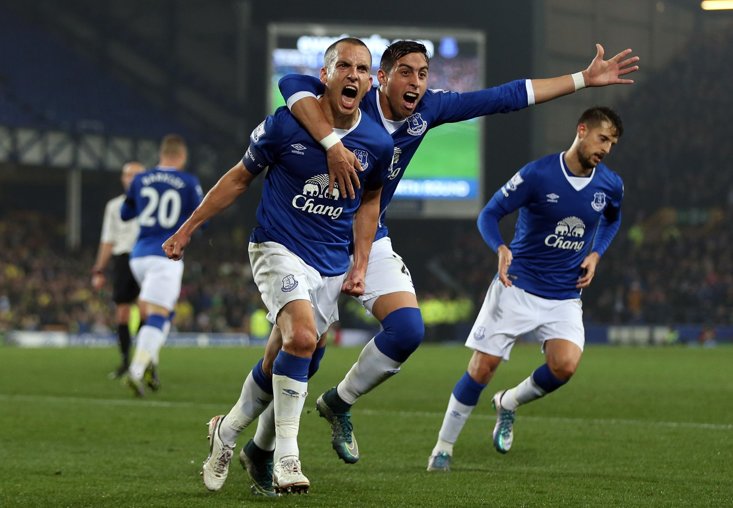 Osman managed to have a lengthy club career, and also played twice for England, despite having one leg shorter than the other. And, as he explains, that condition played a part in him missing a fair chunk of time through injury.

“It is true, at the time I thought I was the only person in the world that this had happened to and I couldn’t tell anybody because Everton wouldn’t want to sign anyone with one leg longer than the other. Further down the line I found out that quite a number of people have the thing.

“That was a mistake by me, maybe if I’d have told the club initially when I signed, we may have been able to give me something to adapt my body because all of my injuries came because I played my whole first season with that not being remedied.

“To heal it, at first I went to a place in Salford and got an insert into my boots but found that when trying to play football in studs, twisting and turning, I was twisting my ankle all the time, rupturing my ligaments in my ankle. So it was decided that I’d get my boots sent off and an insert went in, and that’s how I played for the rest of my career.

“That was part of the difficulty of the three years, getting your body used to the new way of playing. Your back alignment is different, your hip strength is developed one way and suddenly it had changed, and it took me three years to get through that.”

The 38-year-old is often identified as one of the most underrated players of the Premier League era, but the man himself is not sure whether the label is appropriate.

“I don’t know if I was. I played a lot of games in the Premier League for Everton in the first team, I don’t know if that means you’re underrated. You’d have to ask others if that was the case.”