Rugby
Features
The Exeter back tells The Sportsman of his Six Nations experiences
Ali Stokes
10:37, 31 Jan 2020

Jack Nowell’s Six Nations Championship ended before it began, unfortunately. The Exeter Chiefs back missed out on Eddie Jones’ England squad when it was decided he would need surgery on a long-standing ankle injury.

But ahead of the recent squad announcement he spoke to The Sportsman about his Six Nations career highlights. He also told us why Wales are the team to beat but England have what it takes to bounce back from their World Cup final loss to South Africa...

“I think any game means a lot, especially playing for England. I didn’t get off to the best of starts in the Six Nations, I dropped the ball from kick-off or something. It came over Joe Launchbury’s head, I think France scored from that actually.

“I think any game is good, but the experience over the last few years, I’ve kind of taught myself not to be nervous. Not to waste energy being nervous before a game. I’m quite a chilled-out person and I kind of have that sort of approach going into each game, whether it’s for club or for country. That’s what works for me the most.”

Like you say, dropping that ball certainly wasn’t a highlight. But are there any particular highlights from any of the Six Nations games over the years?

“And I think just playing alongside some special players. I’ve spent a lot of time with Mike Brown while I’m away. You get to meet some top quality players that you normally wouldn’t meet. And to put an England shirt on with them as well, you know they’ll become good friends as well.”

What’s the mindset heading into the Six Nations after the World Cup?

“Putting performances in like the boys did against New Zealand and teams like that can really drive us forwards during the Six Nations, and go and win it.” 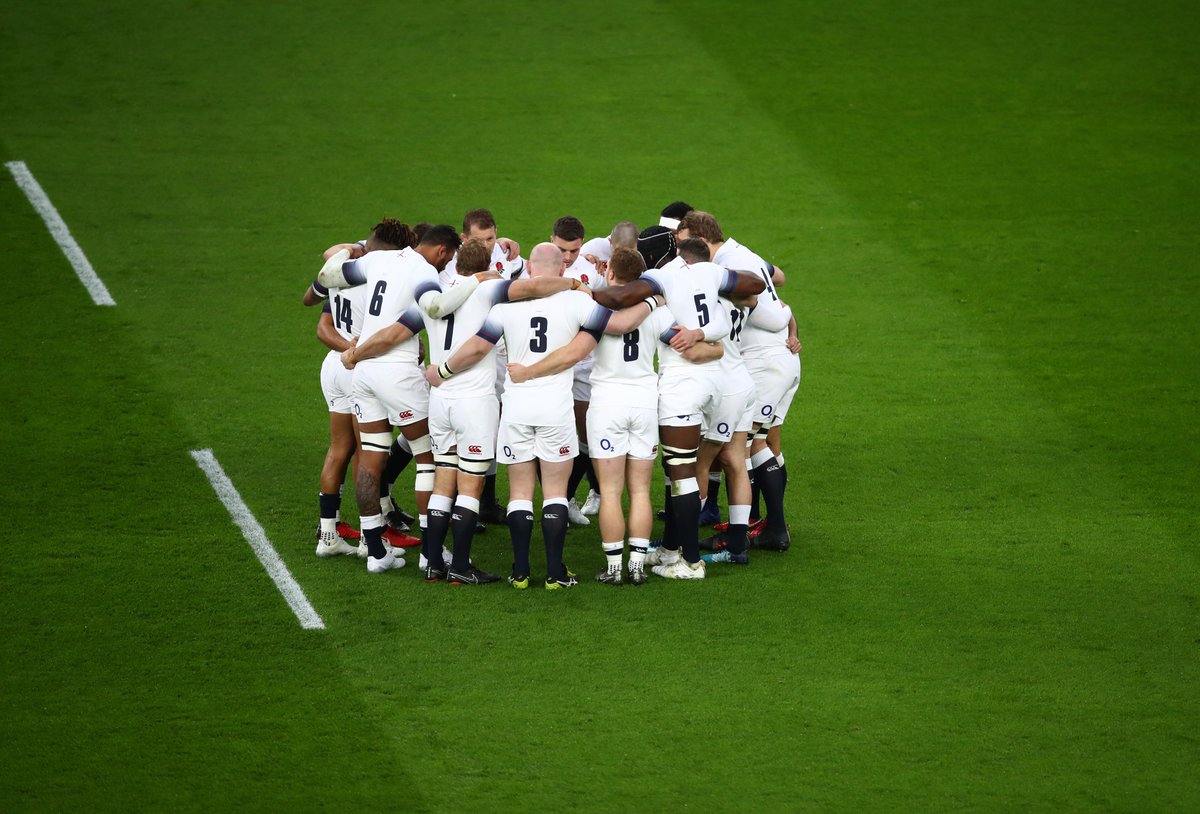 Looking at who England are playing, who stands out as the toughest team this year?

“With France, they’ve pretty much got an entirely new squad this year. Wales obviously are probably the team to beat, after doing well at the World Cup and how well they’ve performed in the last few Six Nations as well. Obviously you’ve got Ireland as well, and Italy. Everyone’s out there to be beaten.

“But obviously I think the first game, France away, I think that’s the one that everyone’s got to focus on. Everyone always says the biggest game is the one you come up against on the first weekend.”

“I’ve got some good memories there. Obviously my first cap was out there. Perhaps not the best of starts personally or as a team, I think we lost that game. But to get your first cap in France is pretty special – I think we won a Grand Slam out there as well. It’s a tough place. It’s loud, especially with the crowd when the French start playing. So I’ve got a few good memories out there, but obviously remembering how hard it is out there as well.”

Predictions? Are you calling an England Grand Slam, right here and now? 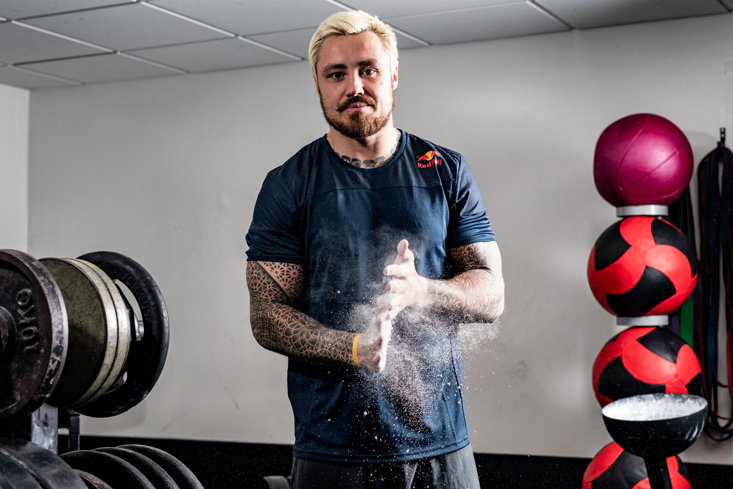 Were you a big rugby fan as a viewer growing up?

“Nope. Definitely not. I’m not even going to lie about that.

“I used to support Sale Sharks, because of Jason Robinson, when I was younger. Then I realised they’re at completely the opposite end of the country from me. But not really. I used to watch a couple of games, Cornish Pirates were my local team. I’d maybe go down there once every other month.

“But for me, I kind of just played it for fun. Kind of became good at it. But more so, I was just with my friends. We’d go down to the beach most days, especially in summer, and we’d have training sessions in the afternoon and we’d play on the Sunday. It was kinda just one of those things I kicked along to because my mates were doing it.”

Would you say Jason Robinson was your stand-out hero then?

“Yeah, definitely. Watching him, you had that expectation every time that he would do something, something special. And you got that excitement, that feeling. So I’ve kind of based myself off of that. Hopefully I give that same feeling to a few people watching. But I don’t remember watching too much rugby, just watching him pretty much getting the ball and getting ready for anything.”

Obviously you’re a bit bigger than him, but you do play with that same style of never dying with the ball. And I think I’ve read before that you pride yourself on that?

“Yeah, I think so. That’s probably why I get injured so much. You never know when to accept the floor. It’s just the mentality I was brought up with. I was taught it at the Chiefs, they teach you to fight for every inch.

“I joke about getting injured a lot from it, but it’s the player I am and that’s why I’ve gone on to play for England as well. It has its positives and its negatives, but I definitely look at myself as one of those players.”

This is a young England squad, the youngest ever to play in a World Cup final. What do you think makes this squad special? What’s the point of difference?

“I think, very similarly to what we are at Exeter as a club, it’s the youngest team to have done it. And I think the experiences you get from losing are… you get a lot more than winning. You know when you lose it that you weren’t quite there. You know you need to change something or you need to work a bit more. So very similar to Exeter, we’ve lost out in the last two Prem finals, which means we’re not quite good enough yet. So we need to add a little bit more.

“In history you use that pain in losing a final to go on and finish top of the Premiership again. So hopefully, with losing that final with England, we can go on and do it better at the Six Nations.”

Well we saw it after the 2015 World Cup, disappointment breeds success, I guess?

More
football
From The Ox To Dele Alli, Meet The Photographer Trusted By Football's...
Matt Gordon enjoys PlayStation with Liverpool’s Trent Alexander-Arnold, holidays with rising football [ ... ]
football
Robbie Fowler By Numbers: From L8 to Liverpool Legend
A ferocious storm straight from the heavens hit west London on Wednesday 22 September 1993. Craven Cottage [ ... ]
football
The Crazy, Continent-Crossing, Love Affair...Welcome To The...
5,031 miles. That's the exact distance that separates Aston in Birmingham from the Ghanain village [ ... ]
sports
From Kelly Slater To Serena Williams, The Athletes Stepping...
“We are facing a man-made disaster on a global scale.” Not our words but those of Sir David [ ... ]
football
Fenerbahce's Light Out Of The Dark: When Turkish Women Ruled...
Hearing the cry of ‘Women and children first!’ could understandably take you to that freezing [ ... ]
boxing
Finding Mike - All The Details So Far On Jamie Foxx's Tyson...
Mike Tyson is one of the most explosive and enigmatic sportsmen of all-time. His life has been one of [ ... ]
football
A Wonder Of The Footballing World: Celebrating The San Siro
The position as a modern-day Antipater would be unenviable if one was tasked with nailing down the Seven [ ... ]
boxing
Ken Norton, The Former US Marine Who Used A Self-Help Book To...
Not a soul in attendance, even in his adopted hometown, believed Ken Norton had a chance of beating [ ... ]
football
11 Points And Down In March: Derby County's Nightmare Premier...
It is the 39th minute at Pride Park in front of a roaring 33,000 strong crowd, the majority of whom [ ... ]
motorsport
184MPH On A Push Bike... Meet The Fastest Cyclist In The World
The scorching Bonneville Salt Flats of Utah. As far as the eye can see, the view is only a two-tone [ ... ]
football
Thanks Gaffer - The 19th Century Moniker Modern Footballers...
If you watched ‘The English Game’ on Netflix recently, the countless differences between [ ... ]
football
We’ll Raise Your 27-0 And Give You 31-0, The Biggest Hammerings...
Winning provides happiness. Losing provides wisdom. In football, it takes two sides to create history, [ ... ]
football
Joaquin, We Salute You - Real Betis Royalty Who’s Reigned For...
Eight years. That’s the average length of a professional footballer’s career. Average. Joaquin [ ... ]
football
From The Work Of Art To The Throwback, The Season's Best New...
Leeds United were the first. That’s right, the Elland Road club who are back in the Premier League [ ... ]
tennis
From Stockport Rebel To Hollywood Favourite, How Fred Perry...
“I’m a great believer in trying to look the part. It’s a fetish with me.” For [ ... ]
football
Germany Vs Bayern? Brazil Vs Exeter? These Are The Best Club...
The club versus country row has increased this century, with the soaring popularity of the Premier League [ ... ]
football
Bill Shankly - The Teenage Miner, Midfield Star And Managerial...
Bill Shankly wasn’t only a great football manager, you know. He was one hell of a player too. [ ... ]
tennis
Why John McEnroe Epitomises The Best In Tennis And How It Can...
It’s nearing the end of the long, hot summer. The year is 1984. You’ve got your Member’s [ ... ]
football
Toffees, Trophies And T90s: Rooney’s Football Journey Through...
Wayne Rooney’s right foot was explosive, like a traction engine as Alan Partridge would put it, [ ... ]
tennis
Remembering Little Mo, The Grand Slam Winning 'Killer In Pigtails'
No other player has arguably had such a profound effect on tennis, in such a tragically short space [ ... ]
cricket
It Pays To Be Patient: The Sportsman’s Ode To 140 Years Of Test...
Can you imagine trying to sell Test cricket to the public in 2020, if it was a new invention? Given [ ... ]
boxing
First Glimpse Of Greatness: When Ali Fought Fear With A Parachute...
As he sat there on bended knees in the middle of the aisle, the beads of sweat rolling down his forehead [ ... ]
boxing
The Newport Rocky: The Best British Boxer You’ve Never Heard...
Before David Haye and Tony Bellew, there was David ‘Bomber’ Pearce. A British cruiserweight [ ... ]
us-sports
Vince Lombardi: NFL Legend, Pursuer Of Perfection, Champion...
His name adorns American football’s ultimate prize thanks to his outstanding record as a coach [ ... ]
tennis
Serena Williams Doesn't Need The Grand Slam Record - She's Already...
There is no benefit in asking when it will end, just be glad that it’s happened. And still happening. [ ... ]
football
The Most Successful 'Failure' Ever? Reflecting On Bale's Time...
You’re worth £90million. At home - or rather in your stunning, sunny Spanish villa, hundreds [ ... ]
boxing
Rocky Marciano - The Epitome Of The American Dream And An Age...
With the Great Depression and Second World War firmly in its rear-view mirror, the 1950s saw the United [ ... ]
boxing
Groves, Ali And A Life Inside Boxing: The Sportsman Interviews...
Irish boxing coach Paddy Fitzpatrick is the man you want in your corner. And not just in the ring. He’s [ ... ]
boxing
The Contender: The Reality TV Show With Stallone That Promised...
As the world entered the new Millennium, the sport of boxing and the world of reality TV were at polar [ ... ]
football
Bela Guttmann And The European Curse That Could Last A Century...
In the wide, wild world of football, whilst the tag ‘greatest of all time’ is continuously, [ ... ]