Japan experienced the biggest heist in the nation’s history on May 12, 2011. The perpetrators entered an office wearing masks at around 3 a.m., beat a security guard with an iron pipe, tied him up with adhesive tape, forced him to reveal the code for a vault and made off with the cash in 70 bags. They had made off with ¥604million ( £4.5 million). Six men were later arrested that year accused of that enormous, audacious robbery that occurred in Tachikawa, Tokyo.

By that time the gang’s loot had already been surpassed in value.

Just two months after the crime that shook the country, the Japan women's national football team produced an even greater heist. The Nadeshiko stole the World Cup from right under the nose of the favoured United States, defeating the Stars and Stripes to win the 2011 FIFA Women's World Cup.

By beating the USA 3-1 on penalties Japan became the first Asian nation - either a male or female team - to win the most prestigious prize in football. Despite being one of the highest ranked teams in competition, they had long struggled for the attention of their male counterparts. In the 2010 FIFA World Cup in South Africa the men’s team had reached the knockout stages for the second time in their tournament participation history, and the second time in eight years. They were also the freshly crowned champions of the AFC Asian Cup, having achieved success that January in Qatar. 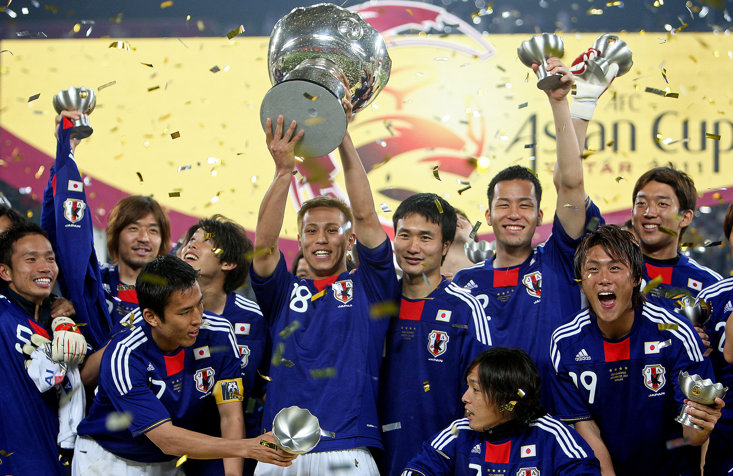 But it was Japan’s women who eventually reached the summit first, and produced a feelgood story that didn’t just resonate with their home nation, but the world over.

The location was the Waldstadion in Germany, home of Bundesliga side Eintracht Frankfurt, in front of 48,000 fans. Twice Japan were put on the backfoot, and twice their defiance to be unintimidated pulled them back from the brink, finishing the game with ten women. To make the feat even more incredible, Japan had not beaten the USA in 25 past meetings, and had been defeated in 22 of those, escaping with a draw on the three other occasions.

The United States were positive of capturing their third World Cup, and their first since 1999. Their previous two attempts had left them on both occasions with bronze. It was Deutschland 2011 they anticipated to skip silver and regain gold. Talismanic American forward Abby Wambach had even defiantly declared, "Losing is not an option. We want to win this thing.”

Japan would need to pull off a heist for the ages, a States stick-up that would put the ¥604million robbery to shame.

Of course, 2011 marked a significant year for Japan for much more ignominious reasons. In March off Tōhoku the country was struck by the the most powerful earthquake ever recorded in Japan, and the fourth most powerful earthquake in the world,triggering a subsequent 40-metre high tsunami that ravaged the east coast and the nuclear disaster at the Fukushima Daiichi Nuclear Power Plant.

The costliest natural disaster in history claimed the lives of around 16,000 people, with then-Prime Minister Naoto Kan calling it ‘the toughest and the most difficult crisis for Japan’ since the end of World War II. 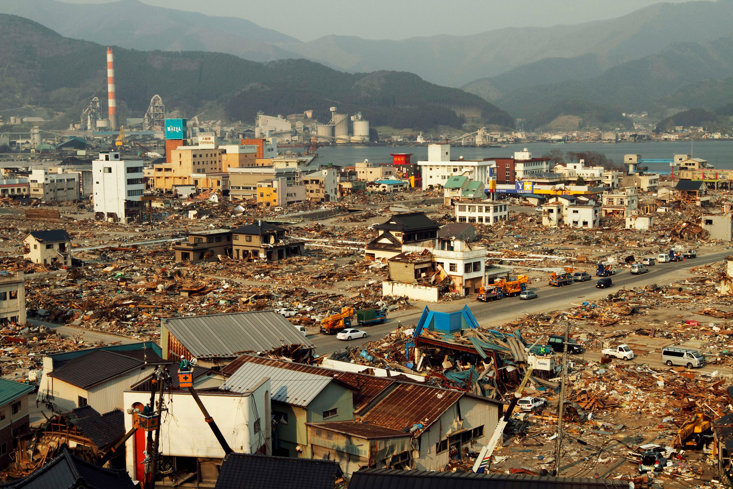 Over in Germany, after making it through the group stages, Japan had seen off the competition hosts in the quarter-final and then swiftly disposed of Sweden in the semis, with coach Norio Sasaki galvanising her troops by showing them footage of the disaster back home, ahead of each match.

And though the USA had asserted dominance in play, a thrilling 120 minutes in which Japan consistently resorted to the counter-attack as they had done successfully throughout the tournament, had produced a 2-2 stalemate, consequently taking the marquee event to the dreaded spotkicks. Alex Morgan - then aged just 22 - came on at half-time and drew first blood on 69 minutes, connecting with teammate Megan Rapinoe’s long pass and past Ayumi Kaihori. The US were finally, as expected, in control. They were nine minutes away from their third triumph when Aya Miyama made the most of a lapse in concentration and two weak clearances from the US’ defence to pull Japan back into the game and their opponents away from the trophy.

Wambach put the USA ahead once again in extra-time but Japan skipper Homare Sawa (today the most capped and highest scoring female in the history of the Japanese team) took the game to a shootout with one of the best goals of the tournament, a lightning-quick reaction flick from a corner to befuddle the helpless Hope Solo. Furthermore, with that strike, Sawa secured herself the tournament’s Golden Boot as top goalscorer, the Golden Ball as best player throughout the competition, and undoubtedly contributed to her being named the 2011 FIFA Women's World Player of the Year.

Azusa Iwashimizu produced soccer seppuku by bringing down an onrushing Morgan who was searching - and looking likely - for the winner, Iwashimizu receiving a straight red from referee Bibiana Steinhaus but her sacrifice worked, the ten women held out for penalties. It was then the turn of goalkeeper Ayumi Kaihori - who had earlier made a superb stretching save to deny a Wambach header - to be the hero of the hour, saving two out of three American attempts, from Shannon Boxx and Tobin Heath. Their opponents would miss just one. 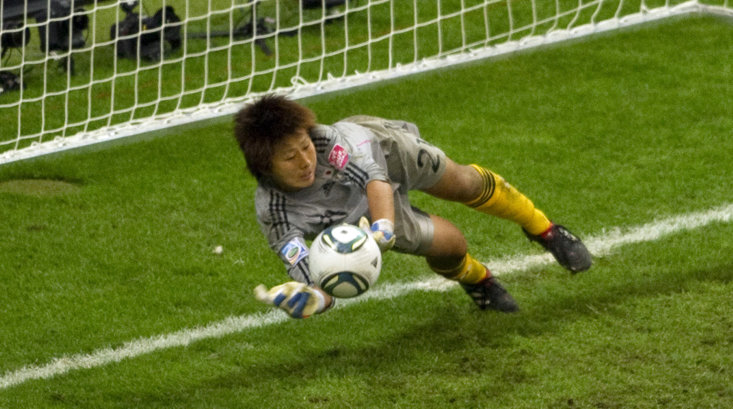 When Japan’s 20-year-old defender Saki Kumagai placed home her own decisive shot from twelve yards, with a confidence belying her tender years, the stadium and Japan - where it was now around 5am - went into rapture.

They had become the fourth nation - after Norway, Germany, and the US - to be declared women’s world champions, and had defeated two of their predecessors on route to doing so.

Amidst the celebrations, the team produced a banner that read, “To our friends around the world. Thank you for your support,” while the mother of captain Sawa poignantly commented “I felt the whole of Japan smile.”

The US of course bounced back and have won the next two tournaments (2015 & 2019) in succession as well as getting revenge the following year on Japan at the 2012 Summer Olympics, bagging gold in the final at Wembley Stadium at the expense of their old foes.  But the triumph of Japan of 2011 is certainly one of the nation’s most memorable and terrific sporting triumphs in their history, and fundamentally arrived just when the country most needed it.

It didn’t heal all the wounds of the devastation that hit Japan that year, but soccer one again proved to be soothing. Fittingly, it was Wambach who summarized the importance of Japan’s win, and was humble in defeat "It was a difficult moment for us because we were so close, but I think Japan, a country which has gone through so much over the past few months, almost needed the victory more than we did," she said, “The thought that their success will bring happiness and hope to the Japanese people is a consolation."