You have a new sporting hero.

And his name is Jules Goux.

This is the Frenchman who won the very first Italian Grand Prix, on September 4 1921.

The Italian Grand Prix is one of the longest-running events on the current Formula One calendar. Though it is now associated with the Monza track, in the debut season the first official event was held in Montichiari, a town in the province of Brescia, in Lombardy.

In that year, Jules Goux claimed the top podium spot, finishing ahead of compatriots Jean Chassagne and Louis Wagner. Grand Prix motor racing had begun in France as early as 1894, evolving into formula racing, it being a precursor to Formula One. When Goux won in the early ‘20s, the motorsport was still in its relative infancy.

His legend starts eight years earlier, however, from that Italian GP win.

The Indianapolis 500-Mile Race is the world’s oldest major automobile race, held annually over Memorial Day weekend in late May at the Indianapolis Motor Speedway in Speedway, Indiana.

In 1913, Goux became the first man from outside the United States of America to win the Indy 500, following Americans Ray Harroun and Joe Dawson in the two inaugural seasons, and paving the way for four straight foreign winners in the subsequent years.

200 laps at the Indian Speedway to not only complete one of the three fixtures of the Triple Crown of Motorsport (that also includes Le Mans and the Monaco GP) but leave all other competitors in his wake in his Peugeot.

Health and safety enthusiasts, look away. A century ago is, surprisingly, a long time ago; Woodrow Wilson had just been elected President, Richard Nixon was not yet one year old.

Goux, however, was in his motor, confident and ready to enter the primitive event in Indiana; as of 2019, there have been 73 different champions across 103 races.

None have ever won in the manner of Goux.

Not only did he completely own the race, but Goux won whilst being absolutely sozzled. In a beautifully romantic yarn that makes one yearn for less-cautious days past, he had demanded wine and champagne at every pit-stop throughout the arduous competition

During his first pit stop, he reportedly said

He claimed the wine on each of his six pit-stops. He took the lead in the fourth lap and held for the majority.

The race lasted six hours, with Goux finishing a good 13 minutes ahead of second place.

And his first request on being congratulated? More wine.

Motor Sport Magazine provides some insight into this fascinating cad’s life; Goux served in the French artillery as a lieutenant during the First World War and was wounded at Belfort in 1915.

He continued racing after the War ended, with his last GP said to be at the same fixture in which he had won, Italy, five years later in 1926.

The same year he was named French Champion, having driven for Bugatti and won two Championship races.

What a driver. What a man. 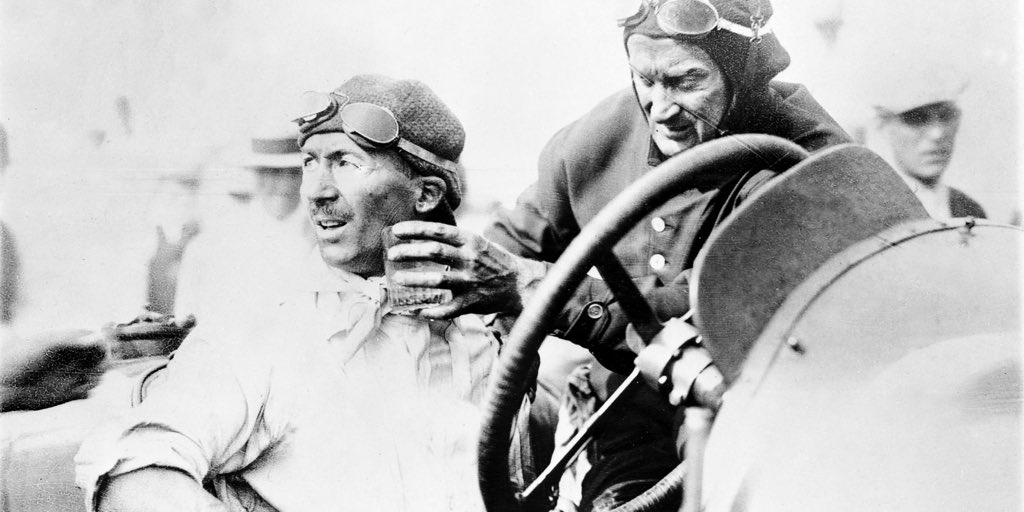