Boxing
Features
The Brit learnt plenty about boxing and himself in his two fights with Andy Ruiz
Cameron Gillon
06:56, 09 Dec 2019

It was a dominant, one-sided performance.

Anthony Joshua managed to utilise every trick in the book to reclaim his unified heavyweight titles against Andy Ruiz Jr in Diriyah on Saturday night, joining Floyd Patterson, Muhammad Ali and Lennox Lewis in the exclusive list of heavyweight champions to immediately take back their title in a rematch.

''In boxing you're going to have good nights and bad nights in the heavyweight division," Joshua said at the post-fight press conference. "All I can do is try my best, make my prayers, stay dedicated and just do it for myself. If I box for the crowd, or box for people's opinion then I might not have been victorious. I boxed to my own game plan, I trusted my own process and now I am the champion, so I am just going to follow my own instincts whilst I am boxing."

It was evident from the early rounds what sort of game plan Joshua was going to use. The Brit showed variety in his punches as he worked head to body, and coming in 10Ibs lighter for the rematch was a major factor in him being able to move around and use the ring to get his jabs off to avoid getting into the kind of close exchanges with Ruiz which had caused his downfall back in June.

Heading into the final round, Ruiz tried his best to lure Joshua into a fire fight. He knew he needed a knockout to win, he was behind on the scorecards and the only way he was going to get the opportunity to change the fight with one punch was for Joshua to let his hands go. That failed, and as the final bell rang out Joshua had clearly become the heavyweight champion once again.

Joshua and his team made every change that was needed to beat Ruiz. He admitted before the fight that another defeat to the Mexican-American would have been ''catastrophic'' for his boxing career. He said all the right things leading up to it, while the strategy in the fight and the loss of 10Ibs of weight from the previous outing all paid off. After going down four times in one of the biggest upsets in the sport's history, AJ had clearly learned. He had shown the humility of understanding what needed to be put right.

''This is about boxing, I am used to knocking guys out. But last time I realised: 'Hang on a minute, I hurt the man and I got caught coming in,''' said Joshua in the post-fight interview.

''I gave the man his credit, there were no excuses, right? I said to myself I am going to correct myself and come again. I respect Andy, his family and his trainers so much. I just wanted to put on a great boxing masterclass, and also show the sweet science of this lovely sport. It is about hitting and not getting hit.'' 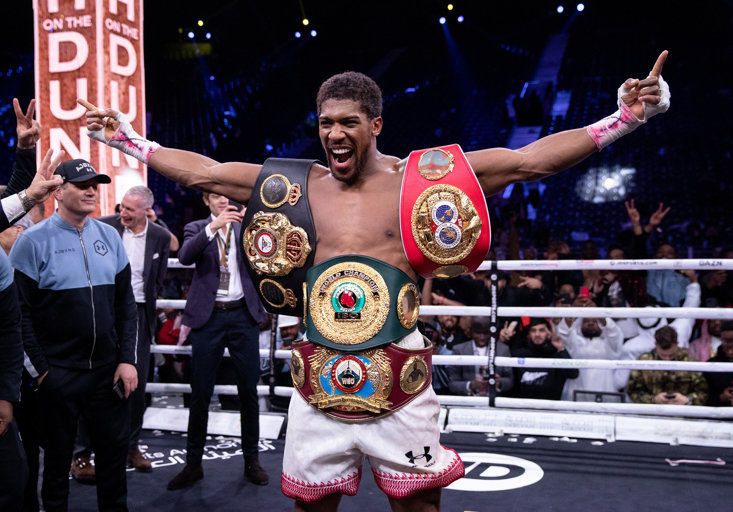 So where did it all go wrong for Andy Ruiz? His championship reign only lasted six months. Nobody expected him to become world champion in the first place, but after the fight Ruiz revealed that he didn't live the life of a champion to its fullest extent. He blamed coming in overweight, and living the party life since becoming the champ in June.

He weighed-in an astonishing 15Ibs heavier than the first fight. He was the first man to weigh more than 20st in a world title fight since Nikolai Valuev. Ruiz earned around £10m for the rematch, but one can only wonder whether he can do what Joshua accomplished, by going away and making the changes needed to become a heavyweight champion again in the future.

"I should have trained harder. and listened to my coaches more," Ruiz admitted. "And maybe I shouldn't have put on all this weight that I did and I would have been more faster, and I would have thrown more. I got him hurt a few times and I let him survive, so I think that was one of the mistakes that I did. But he won one, I won one, so let's do the next one."

What is next for the two fighters? Joshua has to deal with the upcoming mandatory obligations that must be fulfilled before likely considering mega-money fights like a unification bout with WBC champion Deontay Wilder, or an all-British clash with Tyson Fury. He will be ordered to defend his IBF title against Bulgarian Kubrav Pulev. The WBO are also due to order Joshua to defend their title against former undisputed cruiserweight champion Oleksandr Usyk in early 2020.

Ruiz has already stated his desire for a trilogy bout with Joshua, but the reality of that may be slim. Ruiz has announced himself this year as one of the biggest names in the division, and even in defeat will be on many fighters' radars as they seek the biggest-money fights themselves. He will still be ranked highly with the world governing bodies, and one win against another top ranked contender next year could earn him another world title shot.

For Joshua, 2019 was a year in which he was handed an invaluable lesson. And he should enter 2020 all the better for it.