The Six Nations may be all talk of the new Coronavirus and a blistering quick France, but there’s one thing that will never change: the fanatical fans. Every year the same characters emerge to keep us entertained (provided you’re not sitting next to them of course) and this year The Sportsman brings you this handy guide for effective fan spotting. Good luck!

The “Stole It From Football” one 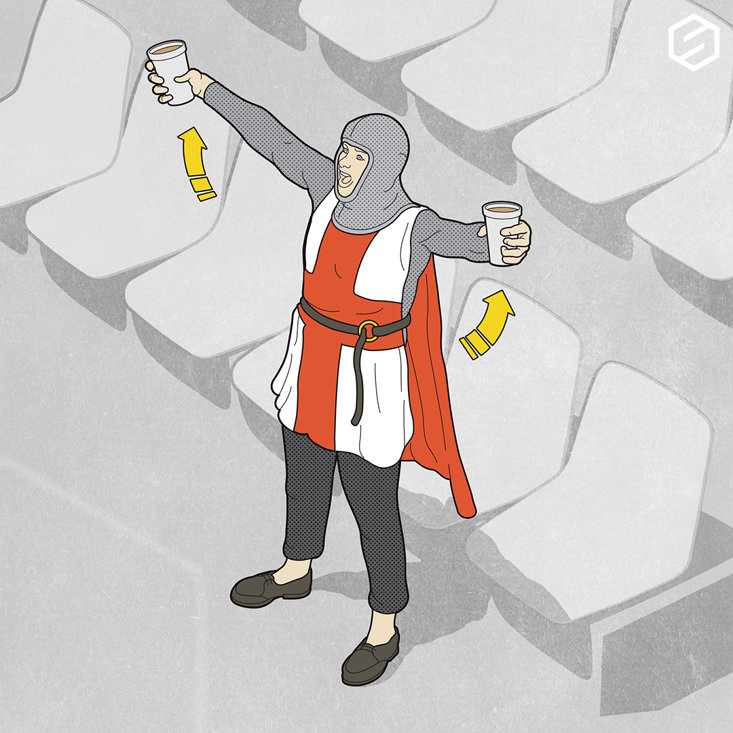 This character arrived on the scene at some point between 2002 and 2005 (nobody knows quite when or why) and is now a permanent fixture of England rugby matches. No matter that it’s the uniform of traveling football fans. No matter that Wembley is on the other side of town. And yes, you are absolutely correct, they are going to sing “Swing Low”, an 1865 North American song written by a freed slave, while dressed as a knight of the crusades from 1096. Mind, blown.

Speciality: Group selfies, baying, and relentless explanations of where they rented the outfit from.

The “Desperate To Be The Referee” one 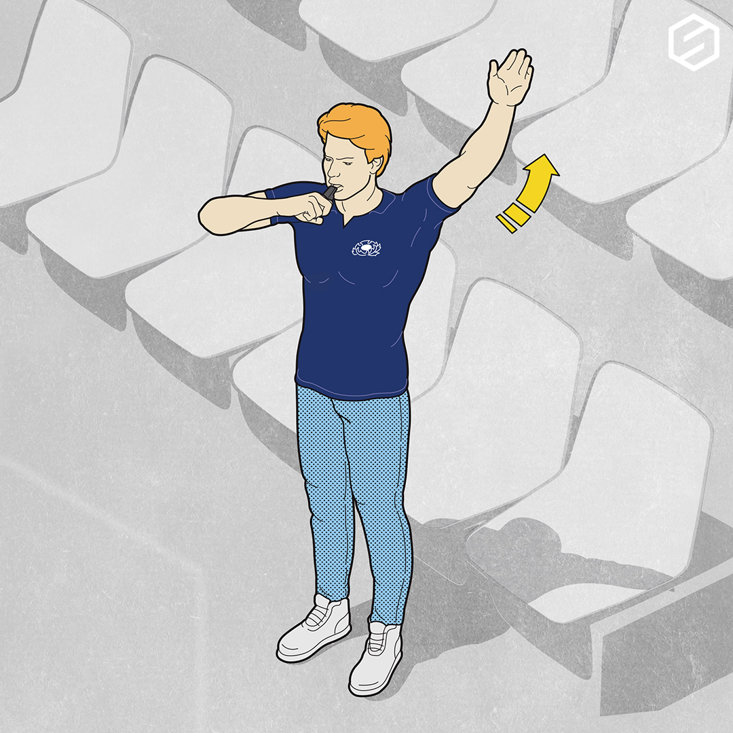 The curious thing about this chap is that you’ll never find yourself sitting next to him: He’s always right behind you, attempting to beat the referee to each decision, every single second of play, simply by repeating the following three phrases: “Offside! Forward pass! Knock On!”.

Speciality: Interrupting every conversation with an update from the referee radio. Which everyone has anyway.

The “Parent With A Son Who Plays Rugby” one 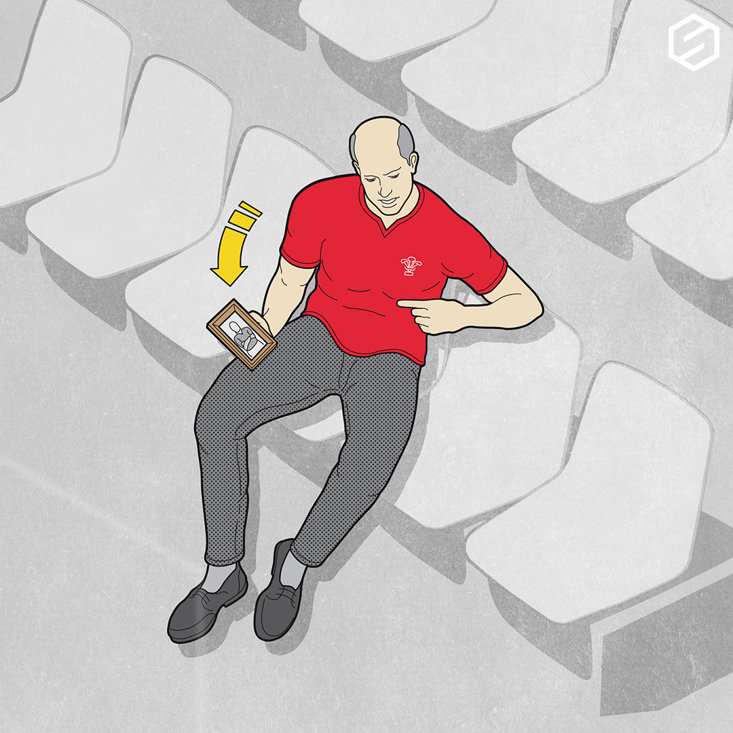 This one will talk about his son, show you a photograph of his son, text his son during the game and, worst of all, actually expect you to care. At some point, when he’s had a drink, he’ll show you a picture of himself as a schoolboy, in rugby attire and weep, “That was me, when I was his age”.

Speciality: Saying, every time his phone beeps, “That will be him now!”.

The “Full Kit” One 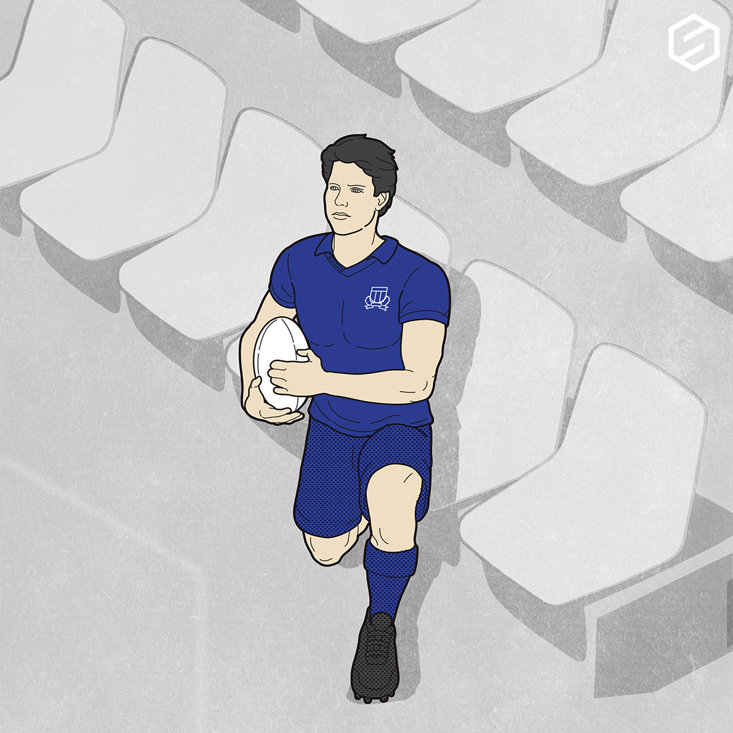 Professional spotters will know the difference between a fan with a rugby top on, and the buffoon who is absolutely convinced he could be called up to play at any minute. Dripping in expensive attire, there’s more often than not a rugby ball tucked in under the armpit, a pair of boots in the man-bag and he’s not having a drink, not just yet, you know, just in case.

Speciality: Watching players warm up on the side-line while muttering “I’m faster you know, much faster”.

The “Sits Alone And Never Speaks” one 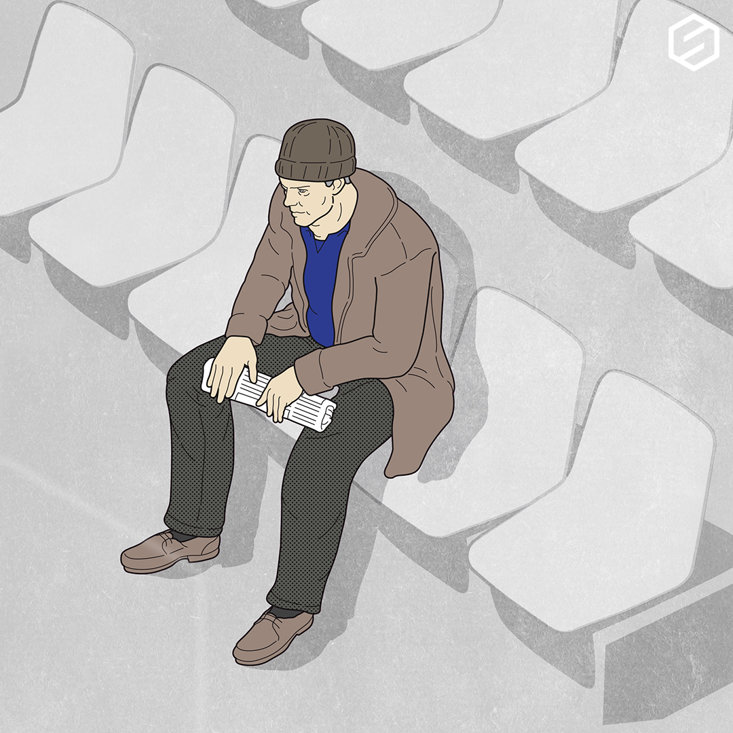 You all know this man. Nobody ever sees him arrive, and nobody sees him leave. But he’s there, silent and slightly menacing. Classic signs are the woolly hat that was last washed in the Blitz and a heavy coat that was once a curtain in the Waldorf Hotel. Doesn’t stand for either national anthem, so it’s impossible to know where he’s from and with sandwiches and a hipflask in his jacket is also utterly self-sufficient. Has never been seen going to the toilet and, in fairness, is so lacking in any emotion he could be watching absolutely anything: rugby, darts, murder…

Speciality: The spectre of death.

The “Corporate Tickets” one 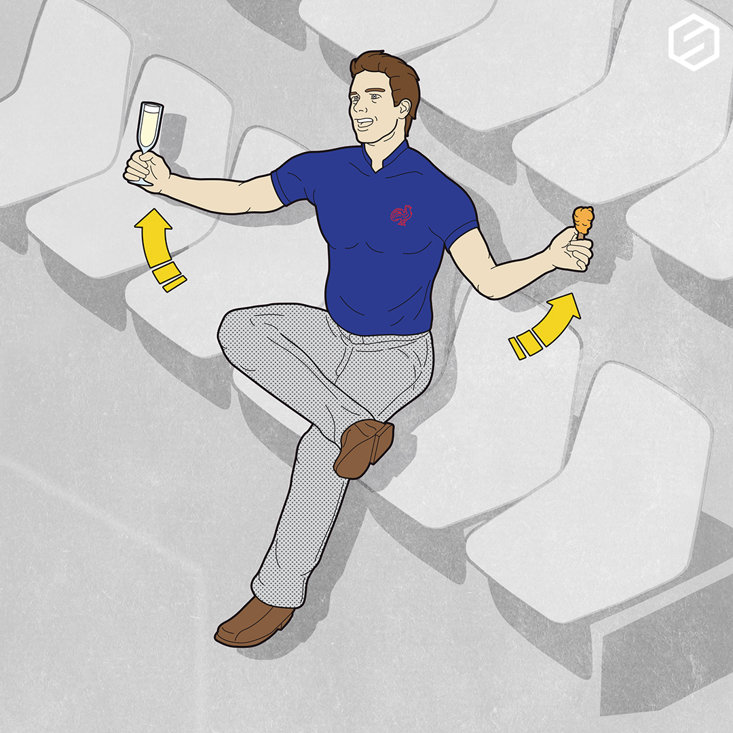 Common as muck, but actually quite hard to spot during the game, as this chap sits in the box above your head enjoying butler service hospitality. Smashed on free beer, wine, champagne, shots and anything else he has grabbed from the free bar in the carpark, the afternoon is basically spent clutching a chicken leg and glass of champagne while shouting the word “Ref!” a lot.

Speciality: Asking “where are we going afterwards?” for the entire match.

The “Drinking All Day” one 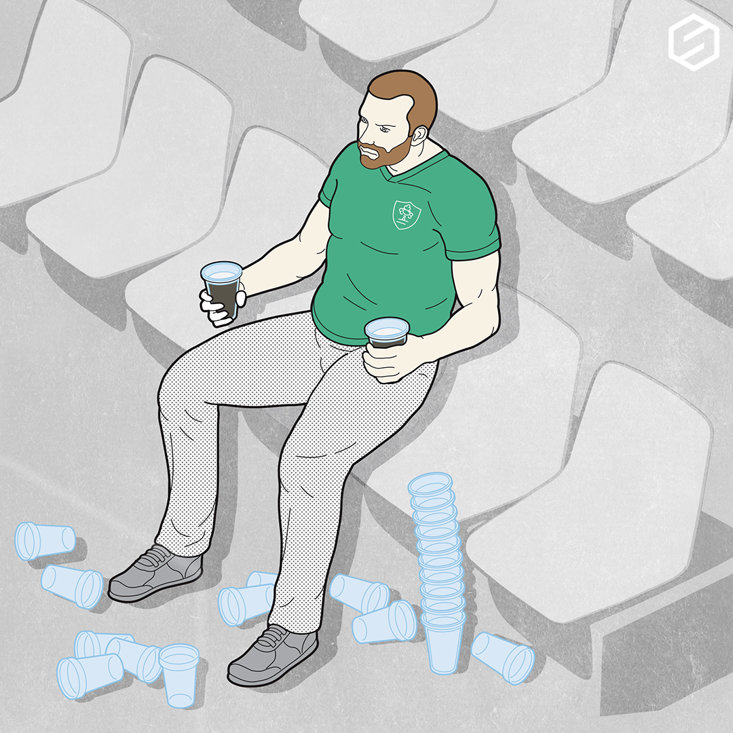 The first beer was with his fry-up at 9am and it’s been steady drinking since then. Despite there being a good twenty pints on the cards at a pace of one every thirty minutes, he is never, ever drunk, and will only signal he’s had enough when his body completely shuts down and he topples, like a felled tree, sideways into a hedge.

Speciality: Devastating wind throughout the game.