Sports
Features
Still need a present for a loved one? There are plenty of books to choose from
Jack Porter
14:00, 20 Dec 2020

Beneath the 21st Century Christmas tree now resides the PlayStation, the latest iPhone, earbuds, a snazzy new blender perhaps. Extremely tech-savvy present-giving indeed. though one could possibly argue slightly lacking in character and charm. For both the traditionalist and those who need reminding of the alternative power of a cracking read, you really can’t go wrong with a good book to give to those lovely, literate legends in your life.

We have been lucky enough to cast our beady eyes on some of the best works from across the spectrum of sport, providing comprehensive and informative reviews for our brilliant readership. So if you’re struggling for ideas for those last-minute purchases, we’ve selected five more excellent 2020 publications that might just get those last few names ticked off your present list.

Only Here For A Visit by Alan Brazil 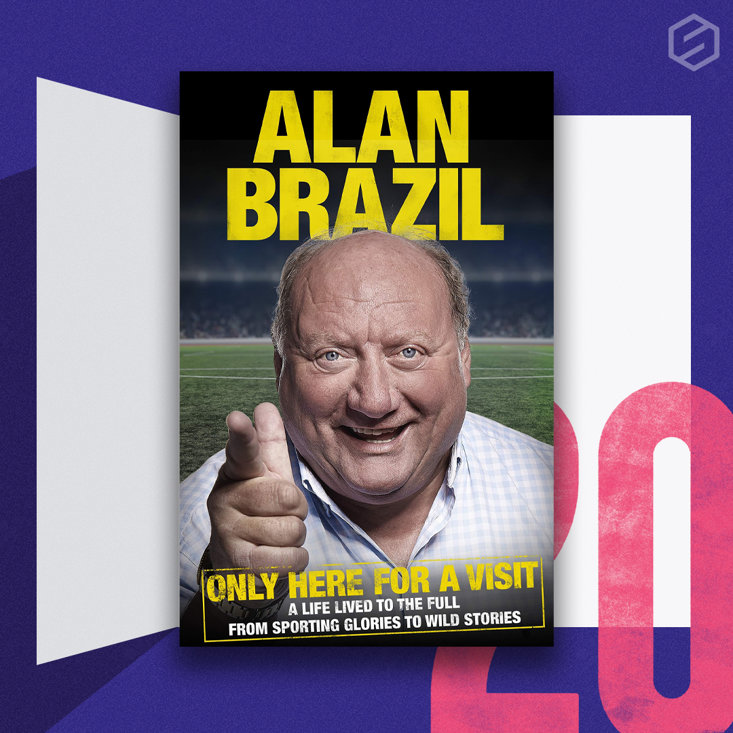 On 25 December the booze will surely be flowing in all the merriment, and what better side dish to accompany the old vino with than that red wine connoisseur himself, Mr Alan Brazil? If someone’s been hitting it a bit too hard on Christmas Eve, their self-pitying hangover will be softened by being handed the talkSport host’s account of a smorgasbord of sozzled chapters in his well-lived life. Packed with charm and extremely readable, it’s a perfect top-up book if you think you’re leaving a certain someone slightly short in the gift-giving department. Or it might lead to an even boozier Boxing Day.

Above the Clouds, by Kilian Jornet 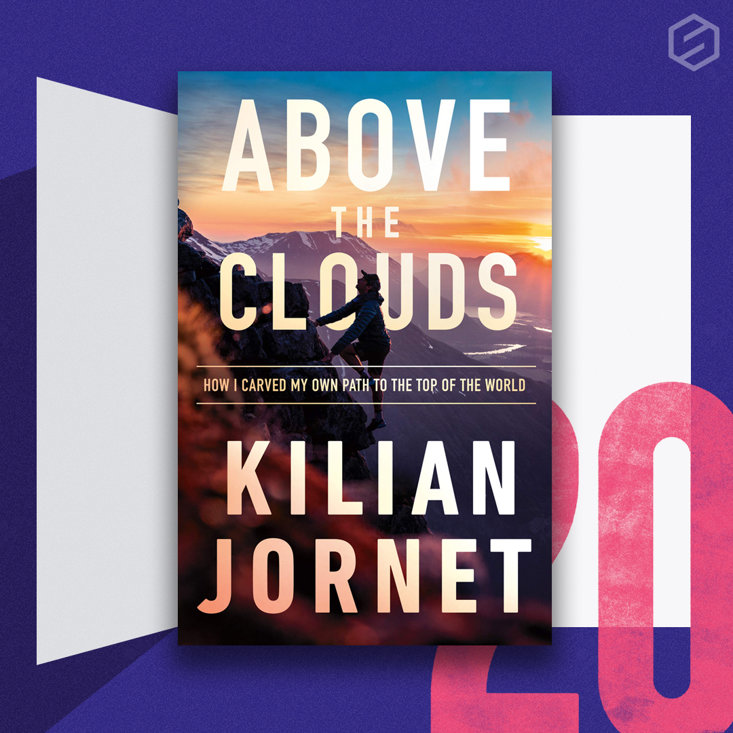 Ever since most of us heard about it at primary school, climbing Mount Everest has been a prominent fixture on the bucket list. But few will ever have the opportunity, time, or even money to climb the highest point on Planet Earth. Instead allow Kilian Jornet to take you there, and perhaps even get you to check into that ever-growing achievement wishlist. In Above the Clouds, the most accomplished mountain runner of all time contemplates his record-breaking climb of Mount Everest in this powerful memoir that measures the man against the mountain. Jornet’s exploration of the mountain's changing nature over four seasons and his own existence will definitely engage and make sure someone is certainly 2021-ready. 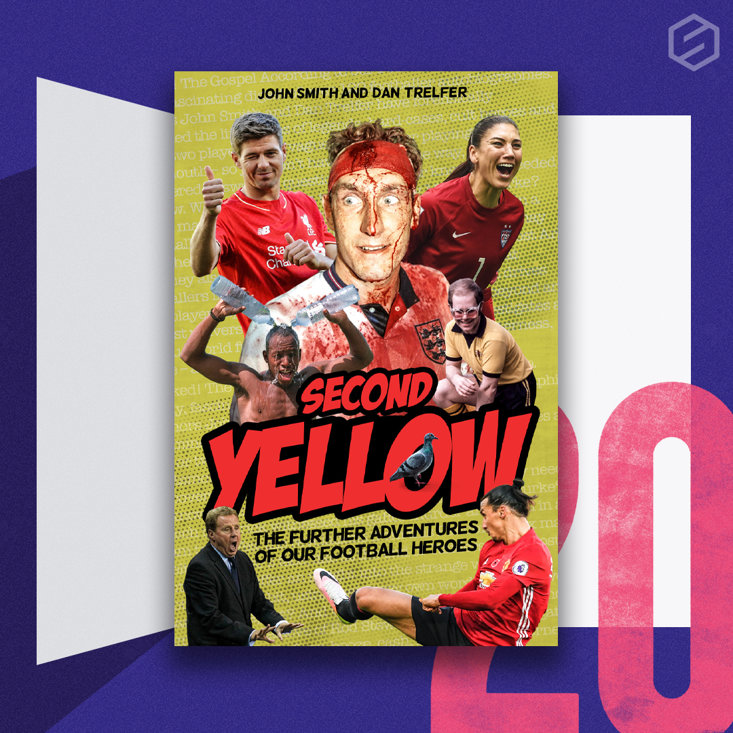 John Smith and Dan Trelfer are on hand to assist with the post-Christmas meal engagements, aiding bloatedness and the boredom of family matters, when all anyone wants to do is put on trackies to help the meat and gravy sweats. From their extensive research of over 240 footballer autobiographies they have brought together some of the best and funniest anecdotes of some corking characters of the beautiful game in Second Yellow. From the chairman who owned a ventriloquist's dummy called Algernon, the Liverpool legend who set a team-mate's wife's hair on fire, the Arsenal star who confronted some innocent fans with a samurai sword, and the Ipswich hero who took on Sylvester Stallone in an arm-wrestling contest. After the Queen’s Speech and full bellies, make sure someone is sat in the corner with their head buried in this book, chiming in every now and then with amazement and a ‘Listen to this!’ And if it’s your scornful uncle you’ve appeased, all the better.

Who Ate All the Squid? by Devon Rowcliffe 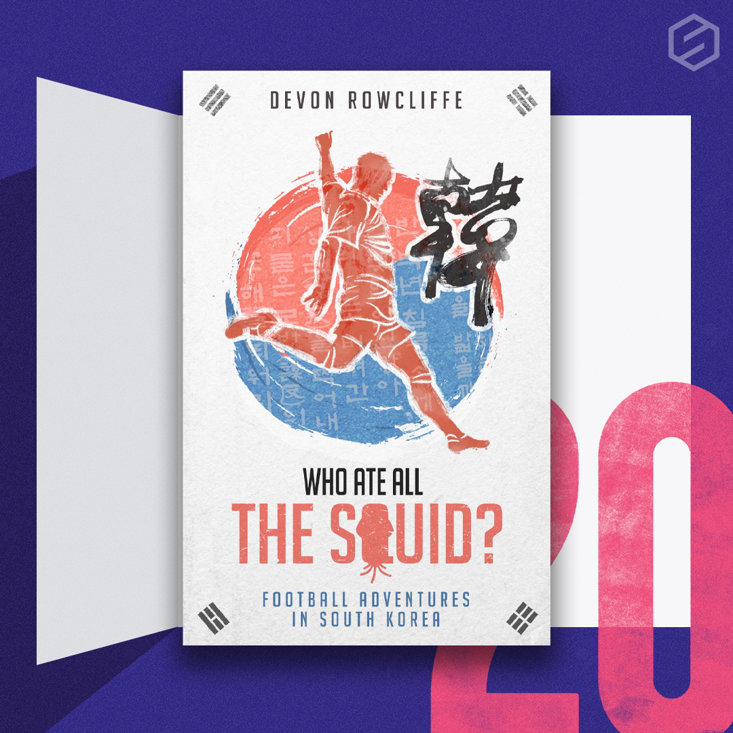 South Korea. Famous for: kimchi, a cracking internet connection, K-Pop. The K-League? Not so much. Who Ate All the Squid? might just help increase that audience. Ian Porterfield was Sunderland’s FA Cup hero, and the man who took over from none other than Fergie himself at Aberdeen. Before his death in 2007, he ventured out to the Korean peninsula to help football institution Busan I'Park. His team becomes an island of misfit toys, failed Brits trying their luck in the far East, but having to overcome a multitude of personal problems, including car crashes, car crash marriages, and alcoholism. Despite this, Portefield led them to a Korean FA Cup victory in 2004 and the team went on to claim the K-League first stage title. The story is excellently retold by Devon Rowcliffe and should settle nicely for that Dulwich Hamlet fan in the family who gets phone alerts when FK Sarajevo have scored. 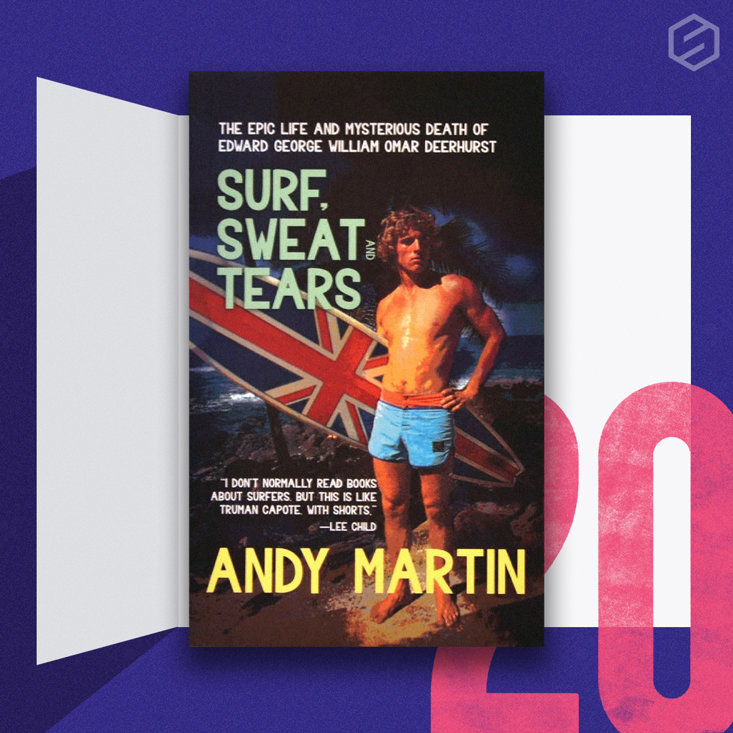 For Brits, as much as many of us enjoy our festive season and all the raucous revelry that can come with it, the actual position in the calendar year is a bit miserable. It’s dark, gloomy, it’s bloody miserable. Where better to escape to than the most remote chain of islands on the planet, sun-kissed Hawaii? From the UK’s first surfing correspondent, Andy Martin, comes this riveting account of the true story of Ted, Viscount Deerhurst, the son of the Earl of Coventry and an American ballerina who dedicated his life to becoming a professional surfer. Also in search of the “perfect woman”, Ted fell in love with a dancer called Lola, who worked in a Honolulu nightclub. The problem was...her gangster boyfriend. Surf, Sweat and Tears is absorbing, fantastic, and tragic. A perfect getaway while it’s most likely chucking it down outside.