Boxing
Features
The Golden Girl's career came to an abrupt halt when she was at the very top
Kris Voakes
17:00, 26 Oct 2020

Frida Wallberg was on top of the world. She was the undefeated WBC Super Featherweight Champion and the number-one ranked pound-for-pound women’s boxer on Earth. Nicknamed ‘The Golden Girl’ in her native Sweden, she was the great boxing hope for a country which isn’t exactly known for its long production line of fighters.

But, in one single round of boxing, her career came to a shuddering halt and her life was changed forever. Her story, featured in the fly-on-the-wall Amazon Prime Video documentary ‘The Golden Girl’ is a compelling tale which explores the verve that boxing can give to a fighter and the emptiness that can follow when a career in the ring is taken away.

Wallberg was Sweden’s first women’s boxing world champion and was flying high. After beating Canada’s Olivia Gerula in 2010 to claim the WBC belt and winning a rematch the following year, she was primed for stardom.

Ahead of her second defence of the belt against Puerto Rico’s Amanda Serrano, she invited in cameras to chronicle her progress. She was a steely, determined fighter, one who was focused only on her boxing and her bond with her infant daughter, Nellie. Wallberg’s determination to succeed in the ring was clear, and she was in no doubt of the ability of her mind to drive her body on through tough spots. “If you want it, and you’re not insecure or afraid, you can do it,” she commented to Amazon. 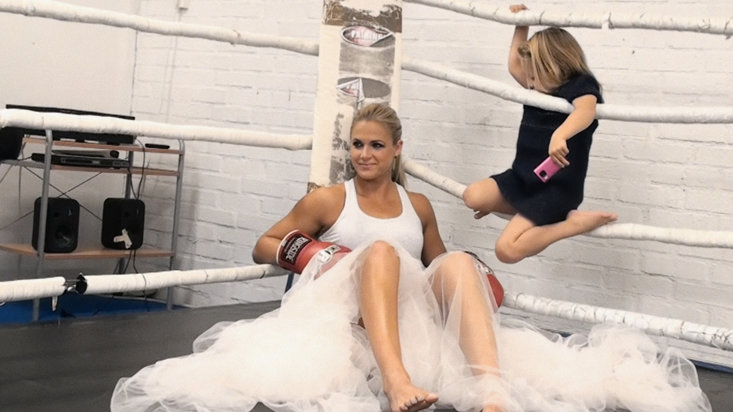 The Queen of Swedish boxing would see off Serrano by a unanimous points decision to set up a title defence against the dangerous Australian Diana Prazak in June 2013. With the stakes raised, her boyfriend and promoter Robert Stridsberg brought in a new trainer with the intention of increasing the power in her punches with greater body movement. She was also put through her paces against Spanish male boxers to prepare her for the physicality and intensity she would be expected to face against Prazak.

But in the days before the fight she wasn’t herself. At the pre-fight press conference she appeared on edge. When asked a seemingly innocuous question about why the relationship between rival female boxers seemed to be better than that between male counterparts, she froze, clearly on edge, and gave a “no comment” reply.

Little more than 24 hours before the fight she was vomiting and bed-ridden. There was tension between her and Stridsberg, and she admitted to her trainer in the locker room moments before the fight that she felt nervous. This was not how she had been before.

When the fight began, Wallberg was dominant. With the home crowd in Stockholm’s Radisson Blue Waterfront Congress Centre cheering her on at every step she appeared odds-on to retain her belt just so long as she stayed on her feet until the end. 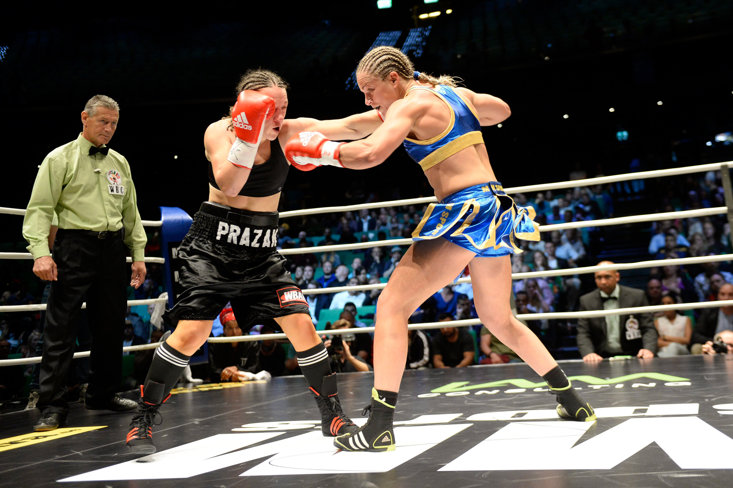 But one big right from Prazak in the eighth changed the fight, and altered the course of Wallberg’s life. With the Swede rocking, the challenger went in for the knockout blow, putting Wallberg on her back with a left cross.

“I just want to turn back time. I didn’t want to get up,” Wallberg would later say of that moment. What she did do was regain her feet and fight on. Moments later she was knocked down again and the fight was over.

The immediate aftermath was a state of confusion. One of her cornermen was pleading with her to calm down as her breathing became heavy and irregular, while nobody thought to sit her on her stool despite her clearly being off balance and slumping. It took Prazak’s trainer to spot that she needed greater help as her body became limp. 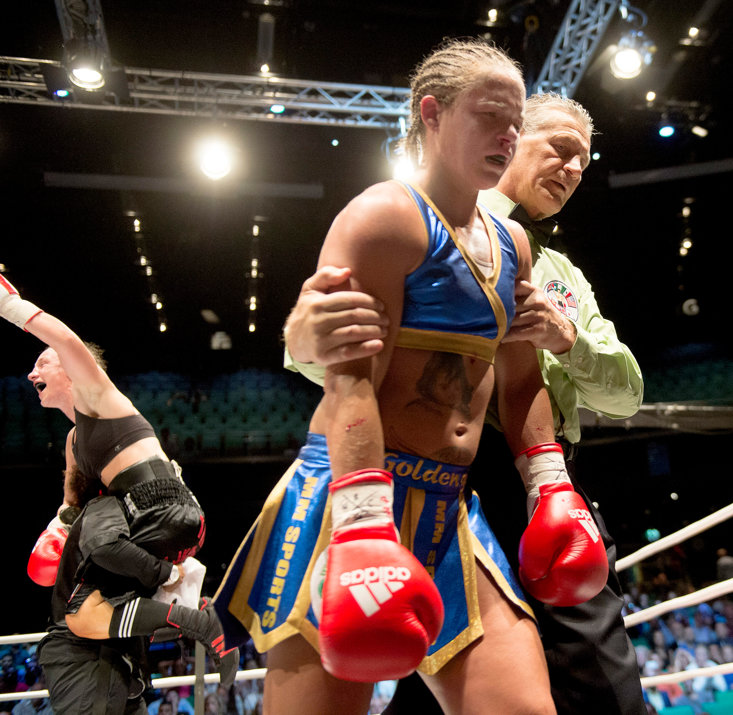 With a doctor called, Wallberg was given oxygen and stretchered away with the home fans watching on in horror. She underwent surgery on a brain haemorrhage that night and was placed in an induced coma for two days.

While she made an ample recovery to still live a normal daily life, the effects of the injury meant her career was over. Sweden had lost its big boxing hope, and Frida had lost her primary focus in life. She felt lost.

“The brain is very special. Your brain just shuts down and you need the brain to function on a daily basis. It’s a struggle, not being the person I was,” she said after being discharged from hospital weeks later.

“It’s been a big change. To not be able to train the way I used to. Simply not being able to cope with everyday life and not being the person I used to be.”

Wallberg continued to train, if only to give her life a familiar ballast. She might not be able to spar, let alone fight, but her heart remains happiest when she’s in the ring. But these days shadow boxing is about as close to competition as she can get.

She still feels the physical effects of the fight that ended her career. She was warned early in her recovery that she was suffering from a neural fatigue that would fade in time but would never completely pass, and it is a burden Wallberg struggled to learn to live with.

“I run and I cry. The tears just flow,” she explained. “I’m used to always taking care of myself. I never needed help from anyone. I’ve looked after myself… Will every morning feel like going to war like this?”

Hers is a story which highlights the fact that the dangers of boxing are every bit as real for women as they are for men, but Frida Wallberg’s spark remains, as does her legacy. ‘The Golden Girl’ will always be Sweden’s first world champion. That can never be taken away from her.