Football
Features
The Reds are well short of their best and have a tough calendar ahead
Kris Voakes
18:00, 18 Jan 2021

It’s Pep Guardiola’s 50th birthday today, and the best gift the Manchester City boss could possibly have wanted came at Anfield yesterday. The latest 0-0 draw between Liverpool and Manchester United disappointed everyone associated with both clubs, as well as all those neutrals who wasted two hours of their lives by watching it.

But City fans, and Guardiola in particular, will have been delighted with what transpired. Because, thanks to their subsequent 4-0 win over Crystal Palace, City are now one point off leaders United with a game in hand and are odds-on to lift a third title in four years. Champions Liverpool are back in fourth and a hell of a way short of their best.

For the Reds there is now a critical three-week period laid out in front of them. They come head-to-head with Guardiola and City at Anfield on 6 February, and in the intervening period the Citizens have what looks like a gimme of a fixture list. Villa at home, West Brom away, Sheffield United home and Burnley away… it is the sort of trot you’d hand-pick given the chance. 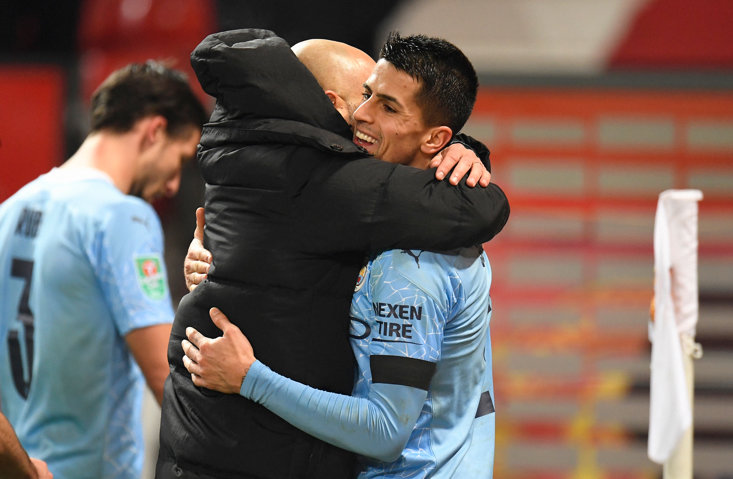 Jurgen Klopp’s side, on the other hand, host Burnley and Brighton during that time but also go to Tottenham and West Ham in the space of three days. On the face of it, thanks to City’s soft run, the best Liverpool can hope for over the next four games is to remain a point behind City from an extra game. The worst-case scenario sees them drop at least four points and even a form-defying victory over Guardiola’s outfit would leave them chasing shadows.

Perhaps Liverpool’s current form is the natural consequence of this season. In a condensed campaign which was always going to abnormally affect any team that picked up a few injuries, it is the champions who have had to deal with the most crushing blows in the treatment room. Centre-backs Virgil van Dijk, Joel Matip and Joe Gomez have all missed far more football than is ideal, and only Matip is expected back any time soon. In the meantime, more midfielders will have to deputise in defence. 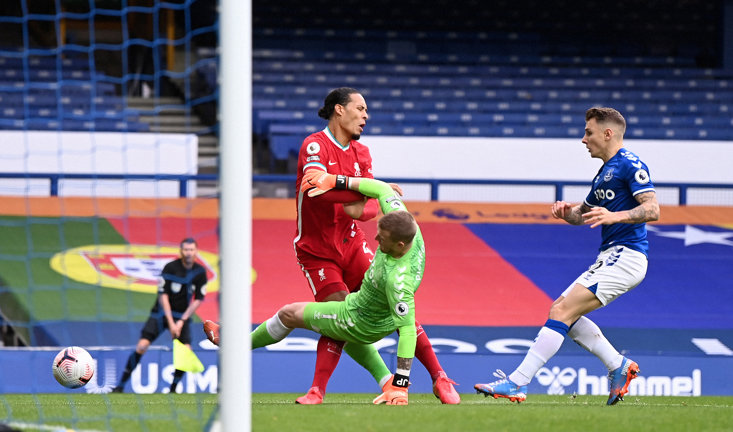 Further up the field there is a concern over the form of Liverpool’s star front three of Sadio Mane, Roberto Firmino and Mohamed Salah. Whereas last season you could always count on at least one of them putting in a match-defining performance, they have all been kept under wraps of late. Their current stretch of three games without a goal is their longest drought in 16 years, and that form will have to change dramatically if they are to rescue their title defence ahead of City’s visit in three weeks’ time. And their best alternative, Diogo Jota, is not due back from injury until that weekend.

Some considered it mind games – an attempt to move the spotlight elsewhere – when Klopp said after the match on Sunday that the title is not Liverpool’s target. “I know my job, and I know what I have to do, and the most important thing is to qualify for the Champions League,” the manager told reporters. “I know how difficult it is, this season it will be a tough race for the top four, for sure.”

But Klopp is being realistic given the cards he has right now. He has no centre-backs, a misfiring forward line being crushed by the responsibility of carrying the team, and Manchester City are moving into position on the shoulder of a much-improved Manchester United. 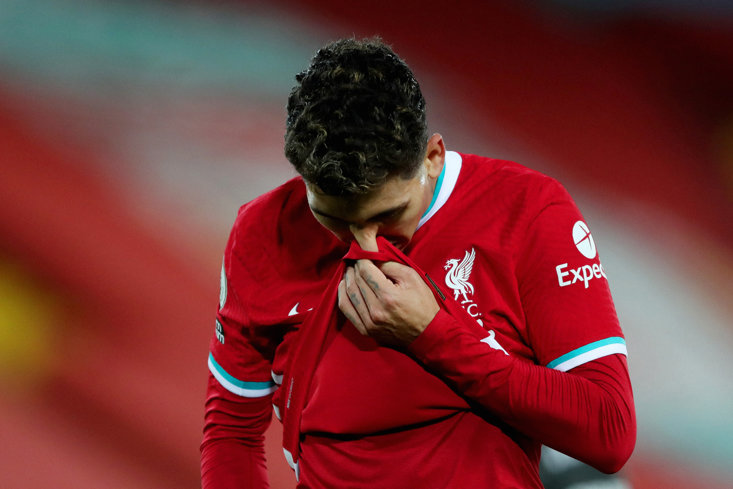 While Guardiola will have more than just a milestone birthday to celebrate today and United can at least console themselves with the fact they still lead the way despite missed opportunities yesterday, there is little in the way of title hope as things stand for Klopp and Liverpool.

If they can gain maximum points in their next four games and then beat City as well, then they perhaps still have a chance of that record-equalling 20th league championship. But that would take a massive change in fortune over the next three weeks, and on current evidence an up-tick in form appears far from likely.