“The richest prize in sport. The greatest title any man could win. And this is its story.”

Steve "Buncey" Bunce is a recognisable presence for the British boxing fan, with the pundit having been  a regular on Inside Sport and BBC Radio Five Live's Fighting Talk, before gaining a bit of a cult following headlining Steve Bunce's Boxing Hour, BoxNation and Pardon the Interruption.

One thing is for sure, Bunce is no dunce when it comes to the subject of the Ring.

The Londoner’s discernible dulcet tones now take the fighting fanatic through The History of the Heavyweight Championship in this in-depth but breezy boxing-based podcast.

Written and recorded by Bunce, each episode details the boxing ‘stories, characters, outrageous acts, fairy tales, knockouts, controversies, inventions, and one or two lies’ across a particular year within a series-defined decade.

Promising to recount all the heavyweight championship fights, The History of the Heavyweight Championship should cover Holmes to Holyfield, Liston to Lewis, Frazier to Fury.

Bunce begins in 1960, ‘with a kid called Cassius Clay’, and the man who would become known the world over as Muhammad Ali certainly dominates the first two decades chronicled here within the podcast.

In the very first episode, released in 2018, the modern history of the heavyweight championship is swiftly covered, from  the late 19th Century with John L. Sullivan, ‘The Boston Strong boy’, the bare-knuckle boxer who fought on barges. In 1892, James J Corbett won the heavyweight world title wearing gloves from Sullivan with a three-round knockout. The sport’s spark had been ignited. Then comes the nice lineal route of the title being nicely passed like a parcel from 1908 to 1928, up until the real meat of the ‘60s that Steve salivates over.

The last series documents the heavyweight championship in the 1970s, or as what Bunce referred to as ‘The Decade of Champions’, the decade that contained The Sunshine Showdown, The Thrilla in Manila, and The Rumble In The Jungle. By the end of the decade, in 1979, not one of the three living legends of Muhammad Ali, Joe Frazier, or George Foreman stepped into the fight in the ring, the first year since 1959 that had happened.

Bunce is clearly enthusiastic, often enamoured about his subjects (on Ali’s absence: “making miracles was a hard job”), and isn’t afraid to opine, with the first person pronoun in sporadic use. 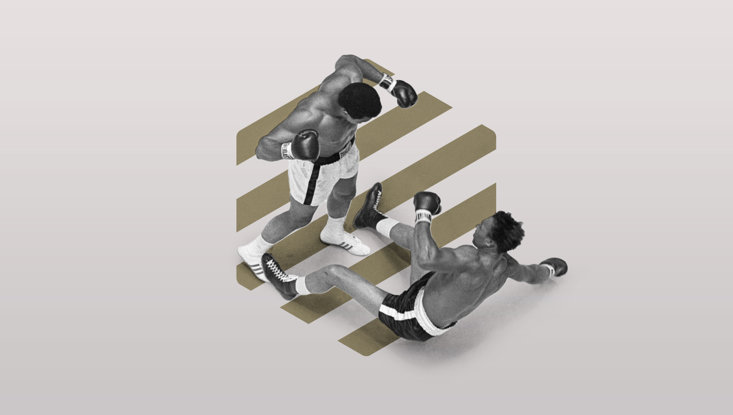 "Making Miracles Was A Hard Job"

Bunce presents with enough energy but also clarity in these short, punchy episodes, that run between 20 to 25 minutes apiece. With the series beginning in 1960, there are currently 20 episodes to enjoy, recounting the tales of those who rose to glory, and those who failed to make the eight-count.

The podcast features stimulating historical audio clips, including the recognisable soundbites that helped make the charismatic, and recorded interviews with figures long past such as Rocky Marciano.

One series a year so far, the last decade should arrive sometime in 2023, when time may well have changed our perception of the pugilists currently pounding the canvas.

1979, Bunce states in the last currently available episode, is the year the carnage truly started.